Recently, there’s been quite a bit of hoo-hah over news of a leaked letter from Bank Negara Governor Zeti Aziz to Lembaga Tabung Haji (LTH) warning them that their reserves were in the negative. The hoo-hahness was further intensified when LTH confirmed that they actually did receive such a letter. The leaked letter from Tabung Insider (which is now blocked)

As can be expected, the news generated loads of criticism – not just from the public but also from PAS and AMANAH, who are usually so much at loggerheads that putting them next to each other would result in massive deforestation. Investors were also withdrawing their savings, which made PM Najib sad. In response, the Malaysian Commission of Multimedia and Communications (MCMC) blocked the Tabung Insider (the site that leaked the letters), and LTH announced a 5% dividend for investors. However, this didn’t seem to stem the criticism that LTH’s reserves were still in the red, and that they had lost hundreds of millions over the past few years.

But what the heck is a “reserve” anyway? And how will it affect Muslims going for the Hajj? Will it affect non-Muslims?

Don’t worry, we gotcha covered 😉  But before we go into the nitty-gritty details, we first gotta know what the LTH was set up for in the first place…

The Hajj (or Haji in BM) is one of the most important journeys a Muslim should make but, at the same time, it ain’t cheap. So with this in mind, the LTH was set up as a way for Malaysian Muslims to save up for their spiritual journey

“Then why not put it in a bank or mutual funds?” – Your next thought

Well, there are several advantages to keeping your Hajj-earned cash with the LTH instead of a bank or investment fund:

The important point to note here is that the LTH isn’t obligated to share their profits with you – which is what makes it different than, say, Amanah Saham Bumiputera, mutual funds, or even the bank. But the problems start when…

75% of the money kept in LTH is for profit, not the Hajj

The payout of dividends and bonuses from Tabung Haji have historically been pretty good, with the lowest point being 3.25% and the highest being at 9.5% over the past 20 years.

But the main issue here isn’t so much the makciks and pakciks saving up for the Hajj because, according to Zeti Aziz, a large chunk of LTH investments come from a small group of investors. How large and how small? Well…

And who are the 5%? According to analyst Syed Akhbar Ali (whose blog was also blocked by the MCMC), they’re investors looking for high-profit returns on their investment, not your typical pakcik and makcik looking to go to Mekkah. 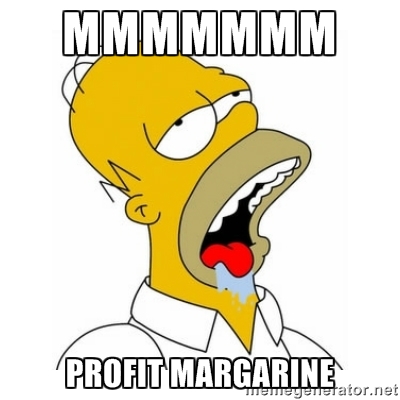 In other words, it’s these 5% of fellas who’re happiest whenever LTH announces their annual dividends and bonuses; but at the same time it’s also the same 5% who’ll rush out to withdraw their money at the first signs of trouble. Which brings us back full circle to the original point of the article because…

LTH may not have enough money to pay everyone back!

Chill first. Take a deep breath. Awright, you wanted the nits and grits so here it is –

To financial institutions, a “reserve” is the the minimum amount of money that the bank owns but cannot touch unless a crisis happens; kinda like that emergency stash you keep under your mattress for a super rainy day.

NAH, BACA:
Here's a guide to Tabung Haji for people who don't know what it's for

What concerned Zeti (and Bank Negara) was that Tabung Haji’s reserves weren’t only completely used up, but it was also running in the negative because dividends and bonuses issued out since 2012 was more than what LTH actually earned!

“The careless [“tak berhemat”] practice of distributing dividends and bonuses that, on average, exceeds current profits (as much as 107% on average between 2012-2014) has caused LTH’s already low reserve levels to continue declining, to the point where it isn’t sufficient to cover [“menangani”] the weak performance of weak equity portfolios in 2015″ – Badly translated by CILISOS. 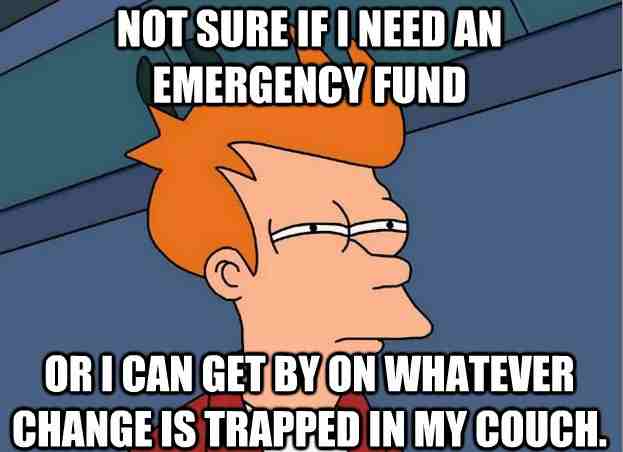 But even more (yes, MORE) worrying is that Zeti’s letter also states that if these 5% of depositors mentioned earlier panicked and started withdrawing their deposits, LTH may not have enough money to fulfill all their other obligations (like sending you on the Hajj or paying you back):

“Following this, the value of LTH’s reserves are in the negative and this means that, at current market value, LTH’s assets will not be enough to fulfill all it’s obligations (including deposits)… At the end of September 2015, the asset value is only enough to pay not more than 98 sen for every Ringgit in liabilities.” – Translated by CILISOS

So what this means is that if everyone were to withdraw their money at once, Tabung Haji can only afford to give you back less than what you’ve initially put in, or at worst, nothing at all.

But it’s okay because Tabung Haji is fully guaranteed by the government!

So don’t cry. Here’s a tissue. Image from Reddit.

According to the Tabung Haji Act, any deposited amount that it cannot afford to pay back will instead be taken from the Consolidated fund (kinda like the government’s bank account) which they’ll have to pay back ASAP.

In other words, the government has no choice but to pinjam money to LTH in order to pay ugaiz back. You can check out the details yourself in Section 24 of the Act here – BM  |  English

The next question is… where does the money in the Consolidated fund come from?

Well, we looked into it and honestly…. we totally couldn’t brain it. At all. Even the simplified chart also nak nangis already. But the simplest explanation was probably from Sabah’s Ministry of Rural Development, which defines it as “any income or money that is acquired or received by a Federal Territory or State”

So basically we’re pretty sure this would involve our hard-earned tax dollars as well – tax dollars which are paid by ALL Malaysians.

Soooo… our money is safe? Can we go for the Hajj?

As stated in the Tabung Haji Act, yes, your money is guaranteed safe – even PM Najib has said so himself. But of course, where the money will be coming from is a different story  😐

As for the Hajj, we don’t know how the LTH determines the order of the queue, since if you were to register for it now, it’ll take at least 60-70 years before it gets to your turn. And with LTH’s current financial situation, will that further affect the waiting time?

We tried really really hard to find someone to talk to about this, but all our attempts resulted in #fail because everyone we contacted were either:

So if any of ugaiz have a relative/neighbor/Uber driver working in Tabung Haji or familiar with Islamic Banking, please intro to our BM editor (who wrote the original BM version of this article). You can email him at [email protected] 🙂

BTW, this article hasn’t even touched on the other issues of questionable LTH investment and conflicts of interest involving LTH higher-ups, but that story is on reserve for another time.