We’re always suckers for a good WWII story, especially when it comes to espionage. Hands up if you’ve ever imagined yourself as an international superspy the likes of James Bond, the Kingsmen, or, uhhh… Austin Powers? When it comes to spying, turns out that we’ve got our own local stories to tell, such as Lim Bo Seng, the guerrilla who was arrested because of his shiny new watch; Lai Teck, the triple agent who worked for, well, everybody; and Major Ivan Lyon, the British soldier who pretended to be Malay.

And since we promised we’d write about a certain Capt. Ibrahim Ismail in a previous article on Op Zipper, hang on to your pants because it’s going to be one heck of a ride.

Born on 19 October 1922 in Johor, Ibrahim Ismail (not to be confused with the Sultan of Johor) – like many young men with a dream to be a globetrotting soldier – joined the military as a stepping stone to further his military studies overseas. However, with the outbreak of the Pacific War, his course was cut short and he was prevented from returning home to Malaya by the invading Imperial Japanese Army . Once they’d taken over… yea, you kinda know what conditions were like.

Tired of being banzai’ed to death, it was only natural that local resistance would start to spring up. And the best way to do that was by siding with the enemy of the enemy. In Malaya, that was the Special Operations Executive (the British spy agency that inspired James Bond). This in turn led to the famous Force 136 (SOE’s branch in Malaya) to bolster resistance in Japanese-occupied territories.

In November 1943, a very willing Ibrahim Ismail joined Force 136 and was tasked with recruiting local Malays for the resistance. Showing some real spirit early on, Ibrahim’s keenness quickly got noticed by his British commanders, who put him in charge of the only all-Malay team in Force 136, and sent him on a mission to infiltrate Penang by submarine, which failed. Not deterred in the slightest, they prepared him for another high-stakes infiltration into Malaya called Operation Oatmeal.

Operation Oatmeal was a 3-man sabotage and observation team infiltrating the western coast of Terengganu. The game plan? Using a Catalina flying boat to deliver the (originally planned) four-man team into a drop zone in Terengganu, where they would kayak to the mainland, hopefully avoiding Japanese patrols in the process. But of course, if something can go wrong, it will go wrong. For starters, Ibrahim’s squad had to abandon their initial infiltration attempt due to the infamous East Coast monsoon (which, in modern times, has claimed the lives of many Malaysian car engines). Then, on the second attempt, the four man team was reduced to three as one of them fell sick during the flight to the drop zone. Making matters even worse, the remaining three Oatmealers could not kayak to the mainland as planned, and had to wade ashore to Pulau Perhentian Kecil, 10 miles off the coast.

Once there, they appealed for help from the local village chief, or ‘Batin’, who gave them a boat to get themselves to the mainland. Unfortunately for them, once they arrived, the Japanese were already on high alert for spies (possibly having been tipped off by the same Batin), and Ibrahim and the Oatmealers were captured by the pro-Japanese Malay Volunteer Corps (Giyu Tai) the moment they reached the coast. But that wasn’t bad enough…

Even worse, Ibrahim had a notebook of Allied war intel

The Japanese were not known for being kind to spies. After being on the receiving end of ‘some slaps and kicks’, Ibrahim and his two squad mates, Mohamed Zin bin Haji Jaffar and Yahya bin Haji Mohamed, devised a plan while they were left alone for a moment: They would ‘twist the story and chance that things would work out well’. Thankfully, none of Ibrahim’s squad were killed by the Japanese. For illustration purposes only. Image screencapped from Youtube user StrikerTC1

And so, the three men came up with an elaborate story about how the British did not trust them, and that they were keen to join the Japanese. They maintained this illusion under tremendous pressure, even after witnessing Japanese officers practicing their ‘head-chopping drill’.

Adding to their worries was the fact that the Japanese had found Ibrahim’s notebook detailing Allied security protocol. However, with some phenomenal bebolas and acting skills, Ibrahim told his captors that the notebook was a ruse to deceive potential captors, and that he had committed the actual security protocols to memory. And the best part? The Japanese fell for it!

In fact, this was how the British high command figured out that they had been captured, as they managed to send back a pre-arranged cryptic radio signal indicating CAPTURED status in reply to the message ‘Have you met Mariam?’, and also failing to transmit the security check ‘MY BOOTS ARE GREEN’ back to base – which, if you ask us, was a wasted opportunity for a mak kau hijau joke. 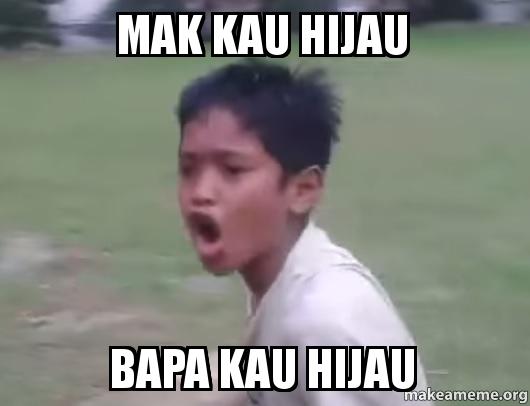 Ibrahim noted in his mission report:

“It really was incredible … the way the Japs, from private up to general, swallowed everything we told them. But we had to revise our story every night. It was a terrible strain on our nerves.”

And so, Ibrahim Ismail turned triple agent for the British

While the Japanese were rubbing their hands in glee believing Ibrahim was double-crossing Force 136, Ibrahim was actually TRIPLE-crossing the Japanese via communication with British intelligence in India. And in doing so, he saved the lives of many Force 136 members.

Secretly commanded by a group of intelligence officers that included Lt. Col. Peter Fleming (brother of Ian, the author of the James Bond novels), Ibrahim and his Oatmealers had somehow gained so much trust among Japanese ranks that they had their accommodation upgraded from a prison cell to a room in the secret police headquarters, and were even invited to a dinner party at the Japanese commanding officer’s house. To further gain Japanese confidence, they ‘requested’ the British to airdrop a ‘contact’ to assist them. Of course, the ‘contact’ coincidentally fell ill so the British sent a shipment of supplies instead which coincidentally was missing all its vital parts due to a ‘packing error’.

The Japanese were overjoyed, believing that they had actually hoodwinked the Brits, even quietly congratulating one another. Because the Japanese flew their prized intelligence assets to Penang, the three men soon found themselves there, where they would be perfectly placed to investigate Japanese U-boat activity for the British.

Ibrahim and his comrades kept up the act for an excruciatingly stressful 10 months, until the Japanese surrendered. And as a sign of how convincing Ibrahim was, Japanese officers actually asked him to commit ritual suicide (hara-kiri) with them.

Most crucially, before the Japanese surrender, Ibrahim managed to deceive the Japanese on the location of Operation Zipper, a plan for a D-Day scale invasion to retake Malaya that never took place due to the surrender.

Ibrahim continued to serve with the Royal Malay Regiment, playing vital command roles in the communist insurgency and Indonesian Konfrontasi, even surviving MULTIPLE assassination attempts, before being appointed Chief of the Malaysian Defense Forces and retiring in 1977 with the rank of full general.

And even then, he continued to serve in some capacity during the Vietnam War, helping to organize Malaysia’s Vietnamese refugee policy. In 1984, he published his memoirs titled ‘Have You Met Mariam?’, where all these stories and more can be found. And yes, that title was from the fateful radio message that started his impromptu bid to survive and continue his mission. Ibrahim Ismail became the first Chief of Defense Forces to be awarded with the title of ‘Tun’ in 2000, and passed away on December 23, 2010 at the age of 88 after a long illness. In recognition of his services to the nation, his funeral was attended by many notable Malaysian figures, including then-Prime Minister Najib Razak and then-Agong Tuanku Mizan Zainal Abidin.