Before we start, a poll!

We get that Indian barber shops offer some of the best services at a very low price, particularly catering to the B40 community as well as many other more affluent Malaysians who just want a simple quick cut. You can get a haircut with some massage here and there at just… RM10 to RM14! However, traditional Indian barbers are warning us that prices of haircuts may increase to RM30 or even up to RM45 due to the rise of operating costs. That’s like the usual price you can get at normal hair salons in shop lots.

And to make matters worse, according to the Malaysian Indian Hair Dressing Salon Owners Association (Mindas), the govt is now prohibiting these barber shop owners from hiring foreign workers, who normally come from India, Bangladesh and Nepal, to work at their shops.

This move – which also affects other sectors like laundry, textile and goldsmithing – will be implemented in stages until 2021. And by then, employers in these sectors will totally be prohibited from hiring foreign workers. In fact…

It’s not just haircuts – many Malaysian Indian businesses are struggling 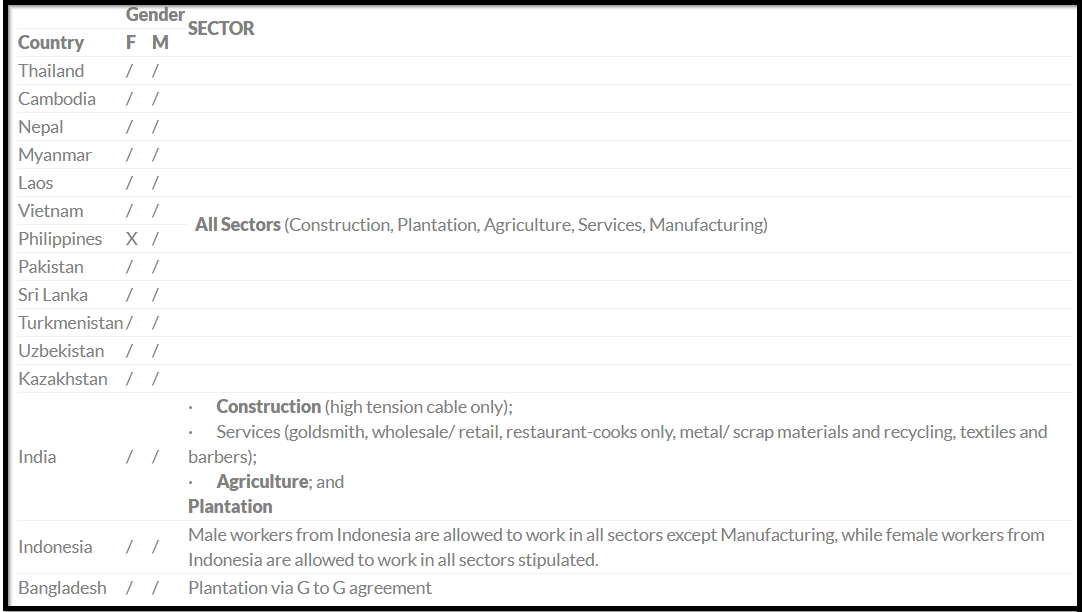 Screengrab from Immigration Department of Malaysia

So when the Home Minister Muhyiddin Yassin announced that the govt will freeze the hiring of foreign workers for these sub-sectors, the Malaysian Indian Textile and General Store Association felt that it’s pretty ironic that most of these industries, which are prohibited from taking more foreign workers, are related to Indian businesses. #tinfoiledhaircut

The govt however did try to justify their actions, with Muhyiddin claiming that what the govt is trying to do is to help locals get a job.

“The justification for its discontinuation was the prioritisation of local employment and the focus on other sectors, which were more stimulating to the economy.” – Muhyiddin, an excerpt from Bernama And this is not the first time the govt has done something like this either. Back in 2009 during the global financial crisis, some 45,000 Malaysians lost their jobs. Because of that the then govt announced various efforts to ensure employers prioritise locals before hiring foreign workers like:

But hiring locals isn’t easy either. The process might be pretty mafan for employers because they have to advertise vacancies to locals – this can now be done at www.jobsmalaysia.gov.my – and wait for two months before opening up the job vacancy to foreign workers. The thing is, by the time employers waited for another local to fill in the job vacancy, they might already be short of workers.

Maybe you don’t have to worry about shortage of workers if you hire this fler. Gif from Giphy

In the years since, a replacement system was used, so employers didn’t have to lose much because this system apparently allows employers to hire new foreign workers to replace those who are leaving without going thru a new application process.

In fact, there was even a time where the govt went a bit lenient with Indian businesses too. Back in 2011, the govt has given a special approval to bring in 1,000 workers. Selvan said that this was the last time the govt has allowed them to hire foreign workers.

“After that, the intake was frozen. We are struggling to survive in the business. About 80% of our workers have either returned to their home countries or run away.” – Selvan told The Star.

And true enough, five years later, the then-govt tried to freeze the hiring of workers again. This is exactly the same thing the current govt is doing.

Okay, some of ugaiz may argue that this is because employers are not offering much to locals but we looked into it, we actually found out that…

Barber shops are willing to pay locals almost RM3,000 in salary… but nobody wants it

No, gais. We’re not kidding: 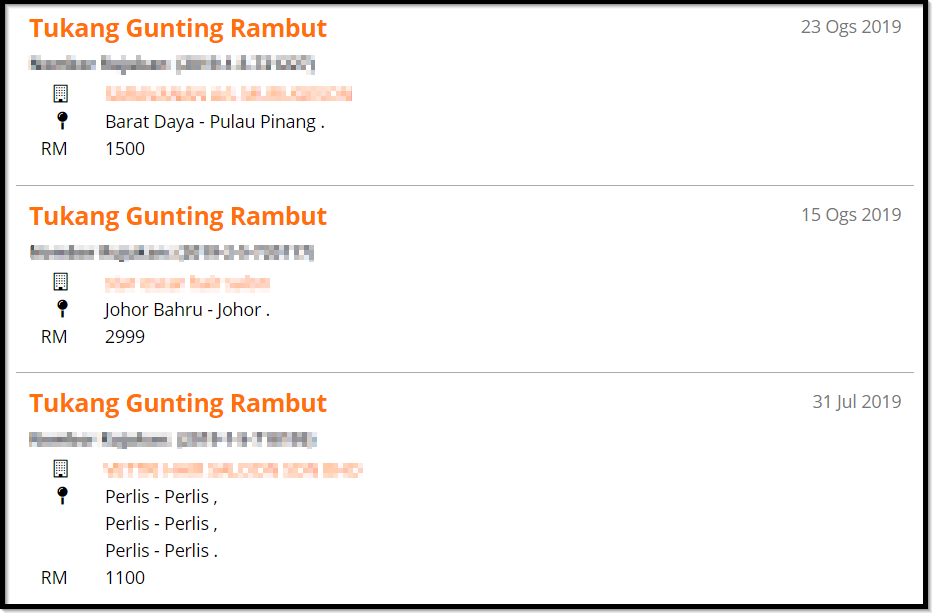 Screenshot from Jobs Malaysia. You may have to log in to view the salary these barber shop owners are offering.

Although it was reported that locals are offered up to RM2,000 to work as barbers, we found out from Jobs Malaysia that the salary offered ranges between RM1,100 and RM2,999. But even tho Mindas have worked with the Labour Department and posted up job vacancies on www.jobsmalaysia.gov.my to hire Malaysians, there has been no response so far.

And it’s not like the govt is not doing anything to encourage Malaysian youths to join this industry anyway. Back in 2011, the govt gave a RM1.2 million grant to train 100 Indian youths from the B40 community. However, after six months of working, they left to set up their own business and are now also in need of workers. Issit because of this? Img from The Scroll Lab

“We have trained the students. However, they are not keen on working for others. They prefer to set up their own businesses and become entrepreneurs.” – Kuala Lumpur Hair Salon Cooperative Bhd chairman, A.K. Selvan told The Star.

But locals are generally not interested in jobs that foreign workers would normally take. And we’re not just saying things because this goes beyond the hair dressing industry, especially if they’re the 3D – dangerous, dirty and difficult – jobs, at least, in Malaysia. Most Malaysians have this perception that working in the 3D sector is demeaning as jobs in this sector are not respectable in society’s eyes.

However, some Malaysians actually go overseas to do these kinda jobs as they can earn more than what they can get in Malaysia. In fact, 600,000 Malaysians were reportedly doing 3D jobs in countries like Singapore and Australia as of 2016. In fact, we’ve also highlighted how most locals are said to have no interest to work in a restaurant environment in a previous article we wrote (click here if you wanna read about that).

“It will be their laaasstt priority, you know. So all this while, we were facing a shortage. In 1996, when Tun M said restaurants can employ foreign workers, then we had some space to breathe. that’s where the boom of industry came.” – Malaysian Indian Restaurant Owners Association told CILISOS.

This leaves these barber shops with no choice but to either increase the prices of haircuts or close down their shops. Mindas claimed that 40% of barber shops under it have been closed down since 2016. Image from the Star.

Mindas also reportedly submitted a memorandum to request the govt to allow them to bring in 2,000 foreign worker permits exclusively for Mindas members. At the time being, we can’t really tell whether Mindas will get the workers they requested for.

But if the price hike does go thru, then all of us may have to pay more for a haircut now. And that might also include our own Dr Mahathir…