Lately, there’s been a spot of government questioning because some people are assuming that the government cheated the families of Abu Sayyaf hostages, by giving the RM12 million ransom they raised to dodgy NGOs. This photo of the four sailors while they were in captivity was uploaded on a Facebook account with the name ‘Victor Troy Poz‘. A quick check shows the account is no longer available.

So? Rescued them already mah, why everyone bising-bising about the gomen giving terrorists money?

Because….WHERE did the RM12 million come from in the first place?

Here’s where it gets confusing… The hostages’ families said that they raised RM12 mil to secure their loved ones’ release. One of the hostage’s uncle speaking to reporters. Image from The Star

“We handed the amount which were in 12 Hong Leong Bank cheques of RM1 mil each which were kept in a bag to the Special Branch in Sandakan between 4pm and 6pm on May 24. All the money raised had been handed to them and we did not keep a single sen. Those who need further clarification can always look for the Special Branch and Hong Leong Bank in Sandakan.” – Datuk Lau Cheng Kiong, uncle of Johnny Lau (one of the hostages), The Star

This is how the families managed to raise the amount: RM1 mil from the mortgage on two family houses, RM2 mil from the shipping company where the four hostages worked, and RM9 mil were from donations. (After setting up a Facebook account ‘Bring Our Malaysian Hostages Home’, they got responses from locals, as well far away countries.) Ok, so that part is clear, where the money came from. But thennnnnnn….

He declined to name the organisations or explain why the funds were given to them, however he specified they were not terrorist or criminal groups.

He said the money was handed directly to an unknown ‘third party’ – various welfare and Islamic NGOs – which offered the families help to secure the release of the four. Khalid added that the police only escorted the family to the Philippines to meet up with the so-called ‘third parties’ as they requested.

Images from mynewshub.cc and The Malay Mail Online

PLOT TWIST 3: Abu Sayyaf confirmed they GOT THE MONEY. BUT not all RM12 mil of it, Dun Dun Duunnn!!

“We got information that the Abu Sayyaf group was incensed after learning from news reports that the money was actually RM12 mil, equivalent to 130 mil pesos but that only 100 mil pesos (RM8.8 mil) reached them. The question is, where did the missing money go?” – a senior official who asked not to be named, told The Manila Times

Somewhere between the time the family banked in the money and Abu Sayyaf receiving it, someone must’ve pocketed the RM3.2 mil – the only possible answer is party, or parties, in between. Go figure.

“But why was Bernard beheaded?” I asked the intelligence source based in Jolo. “Why kill him when he is worth at least 30 million peso?”

“The ASG is angry that the politicians keep on pocketing the ransom money in kidnapping cases,” the source said. – Philip Golingai, on the Bernard Then hostage beheading in November 2015

Malaysians are questioning the Malaysian government, but an article written by Philip Golingai in The Star  about a previous kidnapping highlights this other possibility of Jolo (the Filipino island, not JhoLow the chubby chinaman) politicians taking a cut (NO solid proof for this case yet). 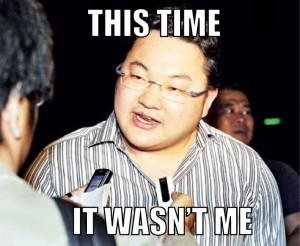 And why is the gomen so evasive in this event? When the public began questioning where the missing money had gone, IGP said the police WON’T be investigating the case coz the money did not pass through their hands. WAH GOMEN embezzle money again meh?

Actually, even European countries do this kinda thing also Indonesia allows payment of ransom as seen in the case of 10 Indonesians who were freed. France, Italy, Spain, Austria, Switzerland, and others also pays, however, they’re always reluctant to admit it. Money is most commonly paid through a network of proxies in contact with terrorists, often disguised as development aid for countries, Sky News reported.

On the other hand, Singapore’s policy is it’s a CRIME if you pay for ransom! Similarly, China, Japan and the Philippines itself is against paying ransom. Britain and the US are among the stronger voices against paying ransom. In fact, the US will prosecute any American company that pays to free a kidnapped employee, coz it’s seen as funding terrorism.

In any case, countries that pay terrorists may be in trouble with UN coz it violates UN Security Council resolutions. But WHY shouldn’t we pay ransom if it will save hostages?

There’s a whole debate going on about whether governments should give in to terrorist demands. The argument AGAINST paying ransom is once terrorists get a taste of the money, they’ll be motivated to commit more acts of terror. It’ll become a never-ending vicious cycle! Collecting ransom is ONE of the ways Abu Sayyaf has funded itself all along. At the same time, the argument FOR paying ransom is obviously to save innocent lives. 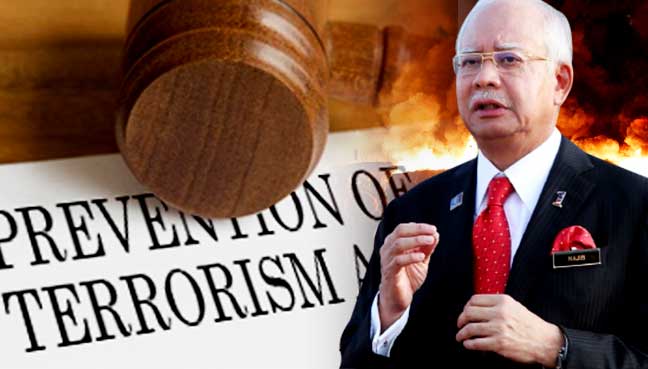 When people think of Malaysia’s stand on terrorism, the first thing that comes to mind is prolly POTA or SOSMA. But when it comes to ransom demands, Malaysia has a NO-RANSOM policy in dealing with terrorists. Instead it prefers to go for negotiated solutions and only uses strike action as a last resort if negotiations fail.

If we look at the history of our dealings with Abu Sayyaf, it has most often been negotiations, with a few actual rescue missions on occasion. One was during the 2000 Sipadan kidnappings, where the Filipino army launched attacks to rescue hostages (three of them were Malaysian). Philippiine Army soldiers deployed to go after Abu Sayyaf. Image from The Star

So how do these negotiations work? Usually the police will appoint someone to go to the Philippines to negotiate with the terrorists. There will also be Filipino negotiators working with the Malaysian negotiators to handle it.

“We have a high ranking officer from Bukit Aman who just came back from negotiating with the Philippines government in Manila to secure the release of the four kidnapped individuals.” – IGP Khalid Abu Bakar, The Malay Mail Online

As for how the actual scenario plays out is not publicly disclosed. Details are not released because of the delicate situation. Rumours are that the RM12million ransom wasn’t suppose to be disclosed to the public, so when it was, the authorities HAD to say it WASN’T a donation. Cos Malaysia doesn’t pay ransoms ma remember ;)? Abu Sayyaf released two German hostages after claiming they received 250 mil peso as ransom, but the Philippines armed forces seriously doubted the authenticity of the notes.

Clearly, the no-ransom policy is debatable with sources saying last year’s abductee, Bernard Then’s freedom was supposed to be secured with ransom.

Habis!? How to stop these kidnappings?! Abu Sayyaf flers have been kidnapping Malaysians and foreigners in Sabah for donkey years… in fact, they’ve been in this business for like 25 years! At the same time, it’s untrue to say that governments have done nothing. For one, Malaysia has set up and tightened security around the Eastern Sabah Security Command (ESSCOM) zone. Our authorities have also arrested 14 people linked to the group.

Meanwhile, the Philippines is bombing them constantly – one of the Sarawakian hostages Wong Teck Chi reported bombs falling every now and then. Our own army can’t go into someone else’s country to bomb them for obvious reasons! Also, the Philippines just deployed 5,000 soldiers to pursue Abu Sayyaf on 17 June. Lastly, Malaysia, Philippines and Indonesia have agreed on 20 June to coordinate sea and air patrols to stop attacks.

But Bernard’s beheading sets a precedent – it invalidates the idea that a hostage is safe because he’s a commodity. What happens if the next hostage does not return home alive? Since reason doesn’t seem to work… maybe it’s time Malaysia tried another way? 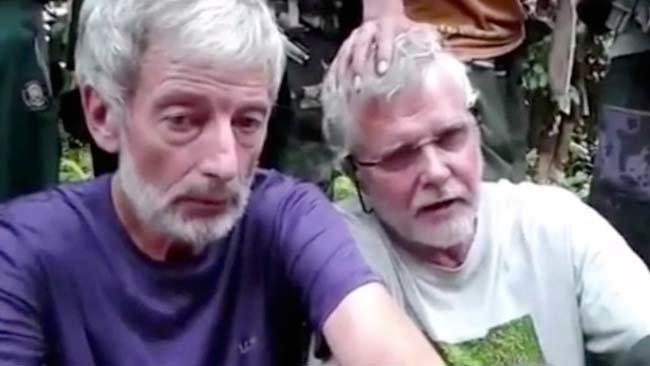 Of all the voices against paying for ransom we mentioned, we saved Canada for last. Canada has shown itself to be the strongest voice lately, even with two of its citizens beheaded.

“Canada does not and will not pay ransom to terrorists, directly or indirectly.” – Justin Trudeau, Canadian Prime Minister, The Guardian

What’s amazing about this story is how family members of another hostage Robert Hall, stood firmly behind their country in its stand:

“We stand with the ideals that built this country: strength of character; resilience of spirit; and refusal to succumb to the demands of the wretched, in order to satisfy the bloodlust of the weak.” – statement made by Robert Hall’s family, The Canadian Press