This time however, we have not so awesome news. Malaysia may not be as responsible for the haze as our neighbour, but we’re responsible for downplaying it more than them. Whaddaheck are we talking about? This press release by Kelana Jaya MP Wong Chen reveals that apparently we’re using a lower standard measurement of haze readings, thus creating an impression that our air is not SO badly polluted. 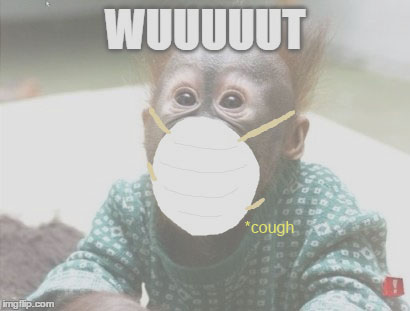 Do we really have lower standards than Singapore?

It all started when Wong Chen noticed a weird discrepancy between Singapore’s readings and ours:

The part about Malaysia is true coz the Department of Environment (DOE) came back with its answer verifying that our Air Pollution Index (API) readings are based on PM10 measurement. The DOE is the one in charge of air quality. It set the API guidelines for Malaysia back in 1989. We called and emailed them for a couple of questions, but they’ve yet to answer. When they do, we’ll be sure to update the article. Info from US Dept of Environmental Quality. Click to know more

In Malaysia, air quality is measured at Continuous Air Quality Monitoring (CAQM) stations. You might have seen them around, they look like this:

Not to be confused with TNB stations. Image from DOE

If you Google it, you will find similar looking structures in other countries around the world. It’s pretty much the same concept internationally. In Malaysia, this network started in 1976 with only 2 stations. Gradually, more stations were added and today we have 52 of them nationwide. Inside, there’s a machine thingy called a High Volume Sampler (HVS) which looks something like this: A HVS machine. Image from DOE

We won’t go into detail on how it works, but if you want to, click here.

Different countries call their indices by different names. What they take into account and how they subsequently classify it, also varies. There’s no 1 person this is attributed to, for example attributing the light bulb to Thomas Edison. Governments have established their own yardsticks, as a way of telling the public how polluted the air is. The general term worldwide is just ‘air quality index’ (AQI) and here’s a whole database for all the countries you can check out.

So, Singapore’s one is called the Pollutant Standards Index (PSI). Initially, the PSI counted only 5 pollutants: sulfur dioxide, nitrogen dioxide, carbon monoxide, ozone and PM10. After 1 Apr 2014, they started counting PM2.5 too. Malaysia’s API only counts the same 5 pollutants, EXCLUDING PM2.5. Also, we should mention that Singapore releases 3-hour PSI readings, but Malaysia’s is on a 24-hour average.

In fact, China and Hong Kong once used our same API, but finally changed it in 2008 and 2013 respectively, to include PM2.5. Many countries, like the US, the UK, Australia, and most of the developed world, etc. also include PM2.5.

A comparison between Singapore’s index and ours. Some countries have a range between 0-10 (0 for safe, 10 for dangerous). Click to know more

But the indicators above almost the same. So how does that make Singapore’s readings HIGHER than ours? We found formulas of how to calculate the final API and PSI numbers online, but it’s insanely complex. You’d have to be freaking Albert Einstein or working in the DOE to know how these numbers work. Anyway without the individual results of pollutants from the HVS machine, we can’t really demonstrate how to arrive at the final number, but you know what, we found this calculator site you can play around with. OK, we’ll try our best somehow to explain it in simple terms:

NAH, BACA:
13 Things People From Klang are Sick of Hearing

Imagine an air monitoring station as a giant net, PM10 as sharks, PM2.5 as smaller fish, and other pollutants as crabs. If you ONLY catch sharks and crabs, your TOTAL catch will be smaller. If your net catches sharks, crabs AND smaller fish, you would have more ‘items’ in your net at the end of the day, correct? Similarly, Singapore’s measurement detects ‘smaller fish’, that’s why their ‘catch’ is higher. So it’s 1 extra factor they add into the formula for calculating the PSI. That’s why PSI numbers are always higher than API. Sort of la. This is the best way we can explain it to ugaiz, hehe. ?

But why is it so important to measure PM2.5 anyway? Aren’t we only scaring ourselves if we see higher numbers?

The dangers of stopping at PM10 readings…

First of all, during haze episodes, PM2.5 is the MAIN pollutant found in the air! Yep, burning plants and forest and peat fires release particles that are PM2.5 grade. For a refresher, you can refer to our red & blue chart in the point above. So while students continue going to school and the elderly go pasar shopping or wherever, the haze readings we’re given look lower than what they really are. You oredi know that haze is bad for your health, so we won’t go into that. But what’s the difference between the effects of PM10 and PM2.5 to the human body? Let’s check it out:

HOW THEY GET INSIDE YOUR BODY

When you inhale, you breathe in particles in the air – both PM10 (big) and PM2.5 (small). Along the way, these particles can get STUCK to the sides of the airway or travel DEEPER into the lungs. The farther they go, the worse the effect.

PM10 is more likely to get stuck to the sides of your airway and stop. So, your lungs will produce mucus to trap these particles. Tiny hairs wiggle to move the mucus out of the lung. The mucus leaves the airway by coughing or swallowing. Since PM2.5 is smaller, they travel much further in the lungs. Special cells trap the particles and they can’t get out. And since PM2.5 is more toxic (heavy metals and cancerous organic compounds), it has worse effects than PM10. This results in lung disease, emphysema, lung cancer.

So how do we protect ourselves against PM2.5? 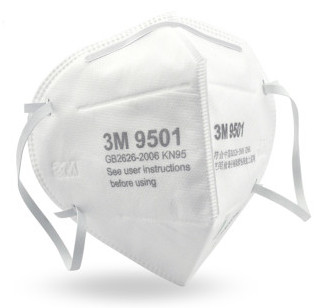 Actually, it would be untrue to say that Malaysia hasn’t set up the proper equipment to measure PM2.5. Currently we have 5 stations that can do so: Putrajaya, Banting (Selangor), Cheras (Kuala Lumpur), Langkawi (Kedah) and Kuching (Sarawak). The DOE is just not reporting it publicly. What’s the point of having the equipment if they don’t report them? According to the DOE, they plan to fully include PM2.5 readings into the API by 2016. At least there is a deadline in sight.

Oh well, not like Singapore implemented it very much earlier. Once Malaysia implements it, we’ll be about 2 years behind them. That’s not so bad considering a bunch other things we’re lagging behind Singapore.