So if you’re a Malaysian who’s vaguely knowledgable about our country, you’ll know that palm oil is one of the biggest contributors to our economy. Our palm oil game is pretty strong. In fact, we’re the second biggest palm oil exporters in the world!

While there are a million things good and bad to palm oil, one thing’s for sure: palm oil is used in SO many things that it’s almost impossible to live our lives without it. 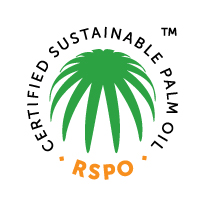 Logo of RSPO from rspo.org

Just walk into any supermarket and pick your favourite snack. Look at the ingredient and chances are, you’ll see palm oil. By the way, it’s not always written as ‘palm oil’ yea… like us in secondary school, it also goes by many weird names – palmolein, vegetable fat, stearic acid, … And most importantly, not all of them are ‘certified sustainable’ by our friends at the Roundtable for Sustainable Palm Oil (RSPO). Why do we need sustainable palm oil? We suspect some of you already know… but we’ll get to that in the end.

For now we’re guessing that most of you would already know about the many things that contain palm oil… but do you know WHY they choose it over other types of oil like olive oil, peanut oil, body oil (eww)? Well, read on to find out.

Didja know that when you cook your instant noodles, you’re not actually ‘cooking’ it? You’re technically only ‘rehydrating’ it! Most instant noodles are actually deep-fried in high temperatures to dehydrate them. And the high temperature is really important too – by frying them in such conditions, the noodles end up almost completely dry (with a water content of about 3% – 6%), making them perfect for when the zombie apocalypse finally happens. Frying them also creates teeny tiny holes on the surface that will make noodles easier to rehydrate when steeped in hot water.

Frying instant noodles and putting them into cups. YUMS. Photos from web-japan.org

So why palm oil? Why not olive oil? Well firstly, if you wanna use olive oil, might as well just throw some diamonds into the fryer too cos OBVIOUSLY YOU VERY RICH RIGHT? -_-”

And secondly, palm oil can still maintain its properties even at high temperatures. It has a smoke point of 232°C! Not the highest when it comes to oil (avocado oil at 271°C) but still pretty durable.

Actually, there are other means of creating instant noodles without palm oil. One such way is the ‘blow drying method’ where noodles are exposed to hot air (about 80°C). It’s known for being lower in calorie, but has a higher percentage of water content (about 10%) and takes much longer to rehydrate.

2. It stops lipstick and margarine from melting. (Plus it makes chocolates shiny!)

You know how butter just MELTS the freak out in our scorching Malaysian weather? Just leave it out of the fridge for a good ten minutes and your mother may just disown you.

That’s why mamaks and other fast-paced eateries use margarine as a substitute: they can be kept in room temperature, and don’t need to be softened before spreading it onto bread. And unlike butter which is made up of cow’s milk, margarine is made from vegetable fat – palm oil specifically.

PSA: Buttercup is not butter k, it’s margarine. Buttercup is the name of a flower. Props for being marketing geniuses. Photos from homecookedsg.com

Palm oil is typically in a solid or semi-solid form in room temperature, so it’s the perfect ingredient for melty products.

To add to that, palm oil has a smooth application, so it makes chocolate look shiny and glossy. And because it also holds colour well and has virtually no taste, you’ll also be able to find it in most lipsticks regardless of price range.

In our previous point, we talked about how palm oil can help maintain a semi-solid state… so how does it help stuff like ice cream? Well palm oil has a smooth and creamy texture, which is why it’s used in confectioneries like ice cream, various spreads and cookies. Palm oil is also stable over long periods of time. If you look through bread recipes, most times, you’ll find a creaming agent like canola oil or sometimes even butter. But because palm oil is stable over long periods of time, it extends the shelf life of foods, making it a great way to ‘preserve’ packaged breads or to maintain the crispiness and crunch of a biscuit.

NAH, BACA:
5 creepy stories that are super scary... only to Malaysian politicians.

But don’t expect biscuits to stay crispy if you don’t close the Tupperware properly. That one maybe your father disown you pulak.

4. It makes engines run on them (instead of dead dinosaurs)

Wait – don’t we run our cars on the corpses of head-ripping, bloody-mouthed T-Rexes and the like? Well, yes we do, but then there’s also biodiesel, which is a renewable, biodegradable fuel made from vegetable oils, animal fats, and sometimes even recycled restaurant grease.

One of its main advantages is that it’s a cleaner and more sustainable replacement to petroleum diesel fuel. 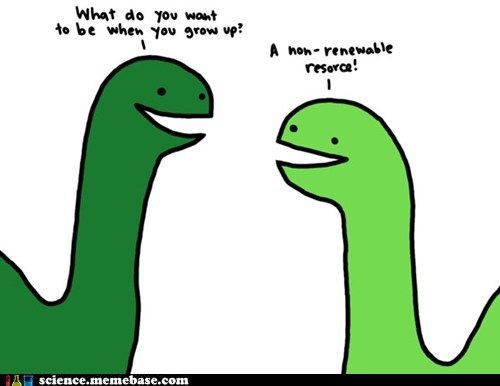 Palm oil is one of the main oils of biodiesel, not only because it’s cheap but because it’s got a high ignition quality, so it’ll be really easy to ignite in the engine of a vehicle. It’s like the literal embodiment of ‘jia you‘ (a.k.a ‘gambatte‘, ‘add fuel‘, ‘I will rotan you‘… words of encouragement la basically).

There’s also an argument that says that palm oil is more ‘carbon neutral’, which basically means that palm trees absorb a lot more carbon dioxide during photosynthesis (when they were alive for about 30 years). So when they’re made into biodiesel and release carbon dioxide back to the air during combustion, they’re techically not actually ADDING to the carbon in the atmosphere. Kasi return only.

5. In soap, shampoo and detergent, it cleans and moisturizes your body

Palm oil? To clean things?? Meh… who are we kidding? It’s not like you didn’t know it. But betcha didn’t know that in the past, people used to use… “Madeline this is why I told you not to throw away Frank’s dinner!” Photo taken from happymoneysaver.com

Today, there are so many different types of oils that soapmakers can use, such as olive oil, shea butter (also categorised as oil), even peanut oil… but palm oil makes soap long-lasting while having the ability to be very hard (soap bars) and soft (liquid soap).

It also makes soap lather well while leaving a moisturising effect, unlike coconut oil which apparently dries the skin when used on its own. We also found that it helps restore the natural oils of the hair which are usually stripped away by most shampoos.

P/S: Side track for a quick fun fact. You know the brand Palmolive? See, soaps have always been in hard, block-form and it wasn’t till 1865 when a certain William Shepphard invented liquid soap using palm and olive oils. His company then introduced the ‘Palmolive’ brand that same year.

If it’s so useful, then why are so many people against it? 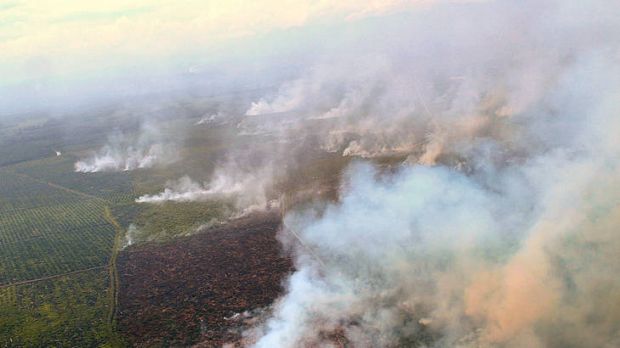 Clearing of palm oil plantation in Aceh. Photo from smh.com.au

Ok ok there’s a huge elephant in the room that we haven’t properly addressed so far, and that’s the controversy surrounding palm oil. We’re sure you know that palm oil has gotten tonnes of bad rep over the years. Its plantations are said to cause the yearly haze cos farmers keep clearing the forests for new crops. There’s deforestations on a massive scale, and even destruction of wildlife.

Environmentalists have campaigned extensively, asking for a global boycott against palm oil. So, what do we do? Should we boycott palm oil? Actually… that’s up to you. But if you think about the economics of scale, palm oil may actually be a better option for the environment and for consumers, financially. Screengrab from pmhaze.org. Click to watch the video if you malas to read.

Compared to other oils, palm oil is a lot more higher-yielding (and therefore cheaper too) – it needs less than half the land required by other crops to produce the same amount of oil. Plus, the oil itself has qualities that make it so multi-purpose and stable, which is something mass manufacturers require to efficiently produce products at a cost that makes sense to themselves and to their customers.

And here’s where our friends at the Roundtable for Sustainable Palm Oil (RSPO) come in. Actually right, CILISOS has written about RSPO a few times before they reached out to us. Now, the RSPO is a not-for-profit body that wants to ensure that palm oil is produced without causing harm to the environment and society. How? By developing and implementing proper standards on palm oil producers all over the globe. They’re also a voluntary scheme and all their audits are done by external certification bodies that are part of their panel.

So on that note, it may not be a bad idea to support products that carry the RSPO certification. We don’t have a full list, but research tells us that brands like M&S, Pacific West, Alif Cooking Oil, L’occitane, Kelloggs Pop Tarts, Roka Cheese Crispies and Daelmans Stroopwafels are part of it. At the end of the day, almost everything that we buy has had an effect on the environment. Like it or not, there will be some form of give-and-take, so as consumers, maybe the best thing we can do is to be aware and to decide consciously before we throw – or remove – something from our shopping trolley.