In the blink of an eye, it’s been four weeks of the Movement Control Order (MCO). And the writer has already lost track of what day it is or how many cups of Milo she’d drank, but never mind that.

And while more than 100 people have tested positive for Covid-19 almost everyday and some have even passed away from it, those who are stuck at home are also their own versions of hell. Some people are already experiencing cabin fever, some could be experiencing mental breakdowns, some have been sharing so much Covid-19 related fake news that WhatsApp’s placed a one-time only forwarding limit. And a majority of us is probably like… Not the introverts though – we’re having the time of our lives. Image from Imgflip

But there’s also one other thing that everyone’s been complaining about during the MCO, and that’s the slowdown of internet speed. The slowdown of internet speed can mean a lot of things for a lot of people. For students, it means that they can’t properly access online classes or complete online quizzes. For others, it could mean they can’t attend online Zoom meetings or even stream Netflix properly.

And while the internet seems to be our only source of entertainment and communication during the MCO, the thing is… “If compared with advanced countries, then, yes, we are slow. If compared with countries like the third-world countries, we can be considered fast. I suppose we can say that we’re in the middle at the moment.” – Cyber-security company LGMS associate director Fow Chee Kang, in an interview with Cilisos

And then in 2017, there was another report released by cyber-security company Akamai, stating that Malaysia’s internet speed is still largely lagging behind within the Southeast Asian region. According to the report, while our internet speed’s improved compared to before, it’s still not the best, especially compared with countries like Vietnam, Thailand, and Singapore.

And things haven’t exactly improved, because just in 2018, it was found 4G technology in Malaysia is still kinda lacking. Well, it’s not that it’s unavailable, as around 74.88% of the population has access to 4G network, but despite its availability, our 4G network speed was apparently capped at only 14.83Mbps. Meanwhile, in Singapore, the speed of 4G network was at 44.31Mbps. And that’s, you know, significantly higher than in Malaysia. 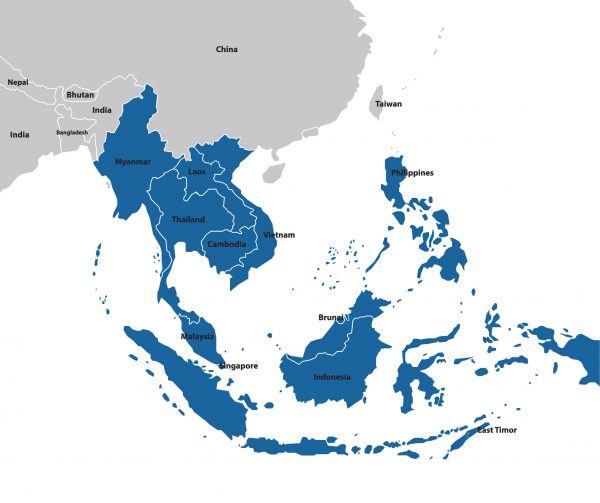 Some have said that the slowness of internet speed in Malaysia is due to infrastructural issues. For example, there are certain areas, like the rural, that are simply not the target market for telecommunications companies, and some areas probably don’t even have the cell towers to detect proper signals. In addition, constant construction for rapid development in Malaysia means disruption for underground cables.

While infrastructural issues is a problem itself, there’s also something else that could be the reason behind the internet speed problem: Telekom’s (TM) monopoly over the country’s telecommunications network.

TM’s not just the third biggest telco company in the world, but also the biggest access provider of internet in the country. Furthermore, the company’s got a pretty bad reputation of charging more than other telcos while also being the slowest. While TM’s denied that it has a monopoly on the local internet service, the company kinda has no serious competitors in the space. 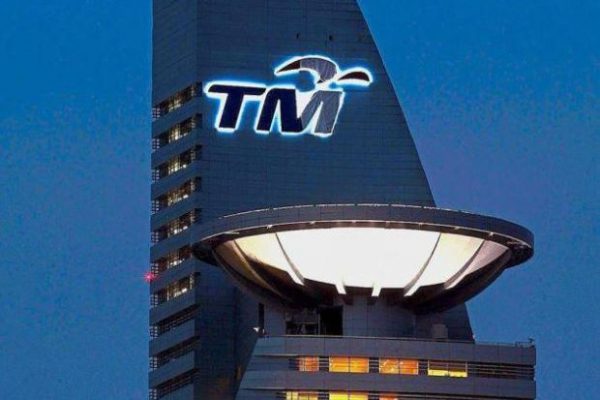 Wait, what does TM’s monopoly have to do with anything? Well, because it owns 14 of 20 internet submarine cables in Malaysia, which means that other telco companies will have to go through TM gain access to these cables and provide internet service for the people. For more info, we spoke to Muhammad Fermi Pasha, a computer science lecturer from Monash University Malaysia.

“We know that quite a number of internet service providers (ISPs) are subscribing to TM’s infrastructure or buy wholesale internet from TM.” – Muhammad Fermi Pasha, in an interview with Cilisos

According to another Monash computer science lecturer Chong Chun Yong, the monopoly is more obvious in rural and semi-urban areas, where TM’s apparently found to be the only reliable ISP. In addition to that, the high cost of laying down internet infrastructure has made other ISPs, like Maxis and DiGi, reluctant to invest in these areas. As such, some Malaysians will have to settle for TM, even though it may be slow at times.

And as if it’s not bad enough that Malaysia’s proven to always have slower internet compared to others, the MCO’s apparently making things worse. Recently, you might have encountered internet speed that’s extra slow than usual, and that’s partly because…

A faulty submarine cable is disrupting our internet service 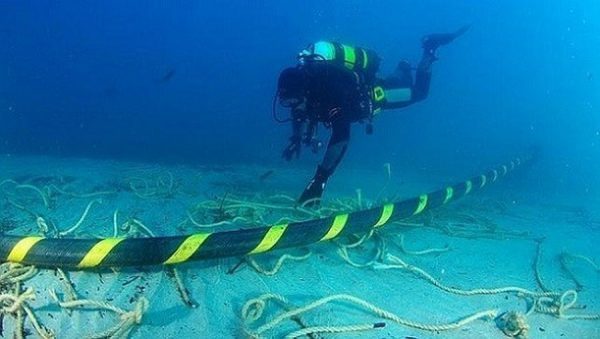 So before we get into the other stuff, one question that comes to mind is: what is a submarine cable?

Well, a submarine cable‘s an underwater cable laying at the bottom of the ocean, carrying telecommunications signals across the world – and yes, you guessed it, much of our internet is supported by the signals emitted through these cables. Using submarine cables to carry messages has apparently been a thing since the 1800s, where it was used for telegraph.

“Undersea cables are responsible for transmitting 99% of data between countries and continents.” – Chong

Alright, so imagine cell towers or telephone poles as buildings on the street, but they’re just pieces on a map, so how are you supposed to go from one building to another? Well, you build roads, and that’s kinda what the submarine cables are in the internet situation.

NAH, BACA:
Msian guy buys iPhone, gets padlock instead. So who's to blame? The APCN2 cable links Japan, Korea, China, Taiwan, Hong Kong, Philippines, Singapore, and, of course, Malaysia together, and it’s apparently the first submarine cable system with a self-healing function in the Southeast Asian region. But then again, it doesn’t seem like the self-healing function is working all that well, considering it’s faulty now.

And coincidentally enough, the APCN2’s one of the submarine cables that TM has a stake in. According to TM, the fault’s been isolated to Segment 3 of the cable system between Lantau in Hong Kong and Chongming in China. However, we are affected because Malaysia’s internet connection’s directly linked to Lantau. As a result, TM users have been warned that they could face a slower connectivity in certain services, such as video conferencing and online streaming.

Still, TM’s reassured the public that the damage is only minimal, as it has been siphoning the affected traffic flow through their other submarine cables and other international servers. The company’s also promised that it’s in the progress of repairing the damage, but we don’t know for sure when it’ll complete.

But you can’t exactly blame TM for this, because, apparently, submarine cable faults happen almost all the time. The last time something like this happened in Malaysia was in 2017 with yet another TM-owned submarine cable system. We suppose you can kinda take comfort in the fact that you’re not exactly alone in this, because when a submarine cable fails, it can actually affect several countries – and this time around, you can find friends in China and Hong Kong.

You have to understand that the submarine cable fault is just part of the problem during the MCO though, as it’s only temporary, and on top of that, there are so many people using the internet that…

See, while in Malaysia, the slowness in our internet speed can be partly explained with TM’s monopoly and the APCN2 submarine cable fault, there’s also something else disrupting our web experience during the MCO – or the entire Covid-19 pandemic on a larger scale – and it’s congestion issues.

According to the Malaysian Communications and Multimedia Commission (MCMC), there was a surge in internet usage at home since the MCO commenced. And too many people using the internet at home will create a congestion in the home-based network traffic, leading to a deterioration in internet speed.

“Adherence to the MCO by remaining indoors at all times saw 23.5 per cent higher Internet traffic nationwide (for both fixed and mobile broadband services) during the first week of the MCO while the second week of the MCO saw a further increase of 8.6 per cent.” – MCMC, as quoted by Malaymail So why do we say ‘at home’? Well, apparently, internet bandwidth in Malaysia’s more optimized for corporate use than at home, as telcos often offer better packages for businesses and are more frequent in servicing these packages. Chong confirmed that businesses do subscribe to more premium services. Muhammad also told us that internet for businesses is given a higher priority, and that applies whenever, even during the MCO.

“They can opt for extra value-added services to improve the stability and performance of the internet service.” – Chong

On the other hand, it’s a different story for internet at home. According to Muhammad, an ISP usually allocates a certain amount of shared bandwidth pool in a housing area, and this amount isn’t usually enough to guarantee all subscribers to get the internet speed as subscribed at the same time. So imagine you’re in a housing area with three houses, and your inconsiderate neighbor’s decided to download massive files at once, that would then mean you’ll get a slow internet speed. But still, home-based internet is usually easier to handle because we don’t really stay at home all day.

So, you know, the slowdown during the MCO’s kinda inevitable.

Snap, and your internet’s dusted. GIF from fanpop

Then again, just like the issue with submarine cable, the slowdown of internet speed during the MCO doesn’t just affect Malaysians, and is kind of an international thing.

“Understandably, when people are confined to their houses, internet becomes their major source of entertainment, like online streaming, video conferencing, or even something as simple as Instagram. The increased use causes spikes in traffic and overload the pre-allocated bandwidth capacity arranged by the ISPs, and congest the network.” – Muhammad

Yes, slow internet speed is a problem, since it seems like the only thing that allows us to connect to the outside world and sometimes even perform daily activities. But Malaysian telcos have been doing their best to reroute traffic to overcome the problem. For example, some telcos are now working on shifting network traffic from businesses to housing areas, and the government’s economic stimulus package’s also allowing them to upgrade their infrastructure and network.

“All operators continue to invest where needed and have established teams working 24/7 during the MCO period to maintain sites, upgrade capacities, optimise networks and improve coverage.” – MCMC, as quoted by The Sun

In addition to that, some online services, like Netflix, YouTube, and Disney+, have decided to dial down streaming quality to cope with the heavy traffic. This is because video streaming’s proven to be the heaviest blow to available bandwidth at home.

Of course, we understand the frustration that comes with slow internet that takes more than five minutes to load a Google query, but the only thing we can now is be patient during the MCO and cross our fingers that telcos will be able fix it as soon as possible. Slower internet doesn’t mean you’re not getting internet at all, so at least that’s something.

And if you ever feel like throwing something because of it, might we suggest you probably take a walk around your house, maybe even read book while you’re at it, just don’t do this…