In the latest plot twist to the current political situation in Malaysia, Tun Mahathir has dropped yet another bombshell in his first speech as an interim Prime Minister. And he is proposing to form what seems like a non-partisan unity govt.

“If I am permitted, I will try to establish an administration which does not favour any party.” – Mahathir in his speech.

If you haven’t watched the speech (where on earth were you anyway?), here’s the video of it:

And this has been confirmed by an anonymous source who kinda clarified that Mahathir wants to form a govt with no political parties.

“It appears that Mahathir is poised to form the government. There won’t be any political entity. We might be a government of no parties.” – Anon source told Malay Mail.

In a much simpler way, this would mean…

Mahathir can pick ANYONE from any party to form a govt

And, yes, that includes the UMNO and PAS guys or even Azmin and co if they have the qualification to do so (this is pretty debatable but we’re saving an explanation for this for later). This would also mean that the govt will NOT have a ruling or losing party.

The idea may sound supercrazy (and a bit ironic) because, back in 2019, Mahathir has turned down UMNO deputy president, Datuk Seri Mohamad Hasan’s invitation to form a unity government with Barisan Nasional, PAS and East Malaysian parties.

Despite that, the concept of a unity govt has been implemented by other countries before (about 21 of them btw). Most of the time, a non-partisan unity govt is formed with a specific purpose such as to overcome an emergency situation (natural disasters like in Nepal or crisis) or even war.

To give you a clearer picture, let’s take a look at the UK, which had once formed a unity govt under Winston Churchill to fight the Nazi Germany in World War II. So back in 1940, Neville Chamberlain, the Prime Minister before Winston, had declared war against Germany after Adolf Hitler invaded Poland. This was also when World War II started. However, Neville’s govt wasn’t really prepared for war and after eight months of ineffectual wartime leadership, he resigned. At that time, the UK needed a leader with military leadership ability and Winston was the right guy for it, which was why he was installed as the Prime Minister.

And when this happened, Winston formed a really small unity govt called the Wartime Cabinet consisting of a total of 5 members from rival Conservative, Labour and National parties with the aim to fight the Nazis. The unity govt dissolved in 1945 to give way for the general election.

Besides the UK, South Africa had also formed a unity govt back in 1994. After years of being governed by the white supremacist National Party, Nelson Mandela was democratically elected as the President of South Africa in 1994, signaling the end of Apartheid. And, at the same time, the country was being governed by an interim constitution which stated that any party with 20 seats or more can claim cabinet portfolios and enter the govt.

Although Nelson’s party won majority seats in the election, the National Party (the angmoh party) and Inakatha Freedom Party used the constitution to get some of their guys into the govt as well. But Nelson didn’t mind that at all. In fact, he even invited other parties to join the cabinet although they didn’t win 20 seats. The reason why Nelson was open to work with other parties, including the National Party despite their bloody history, was to form the final constitution besides correcting social and economy injustices left by the legacy of Apartheid.

“We did not use the majority vote. We used persuasion. The time for that will be greatest in the government of national unity. There is great goodwill around the world towards South Africa , but we cannot exploit it if there is chaos or disagreement among the members of the government.” – Nelson, as quoted by Guardian in 1994.

And his national unity govt worked because, in 1996, South Africa managed to adopt the final constitution.

But unity govts aren’t just formed in these two countries. Other countries which have a history of forming unity govt are Palestine, Israel, and Afghanistan, among others. And, just recently, South Sudan formed a unity govt to bring peace and stability to the country.

By now, you may notice a trend of how the unity govt in these countries are all TEMPORARY. In the examples we’ve given, they either last a few days or as long as five years. But there’s an exception…

Countries with smaller populations tend to have unity governments

Although we mentioned that a unity govt is only formed to overcome national emergency or war, a unity govt can also be formed to govern certain countries. But this is only because, historically, these countries have yet to form political parties.

For instance, the United States (US) used the non-partisan administration during George Washington‘s, the US first President, tenure and in its first few Congress. But as we may already know, this is no longer the case in the US.

Buttt we managed to find countries that are still using a non-partisan govt up til today. And that’s because these countries do not have political parties. Two things these countries have in common is how they are ALL a bunch of island countries like…

…and how their population is even FEWER than the population of Perlis. We’re talking about countries with population between 11,000 and 116,000 people. Well, Perlis is NOT so smol now. Img from MGAG Facebook

Just to give y’all a clearer picture of how this work, allow us to bring y’all to Nauru, which is an island located in the southwestern of the Pacific Ocean. The country, which is being coined as one of the world’s smallest independent state, only has a population of 10,824 as of this year. Despite being a republic state, it also practices the Westminster-Parliamentary system just like Malaysia.

However, unlike Malaysia, there are no political parties in this country. So each MPs in this country are independents. The country’s cabinet is also so small that  the President only needs a minimum of four members to join him or her to form it. Nauru’s current cabinet only has six members. Img from Loop

And islands like Nauru may be using this type of govt because it is considered impractical to have political parties to govern these countries anyway. But when we compare these islands to Bolehland, it may not be possible for a unity govt to be formed based on this reason because it definitely does not have a small population. #takBolehland

In addition, unlike the UK, US and South Africa, the current political situation may not be seen as dire as the May 13th, for example. In fact, this has never even been done in Malaysia before although Malaysia has gone through several incidents of emergencies. So if Mahathir were to proceed to form a unity govt…

Will unity govt even work in Malaysia?

As it turns out, the idea of a unity govt may not be too bad at all, according to experts. Just in case you didn’t know, Malaysia’s current economy is not in a good state. And the outbreak of Coronavirus (we’ve written about how the virus affected businesses) and current political turmoil aren’t helping with the economy either.

This might be why an econometrics expert from Monash University, Prof Dr Mahendhiran Nair claimed that a unity govt may help with the current Malaysian economy.

“A Unity Government will stop all the politicking and put politicians back on the road to salvaging the Malaysian economy. We need this as we navigate through one of the most challenging times due to the (US-China) trade war, intensive competition from other regional players and Covid-19.” – Mahendhiran to The Edge Markets.

But this can only be done if the Prime Minister with majority support chooses Cabinet members according to their expertise and professionalism regardless of their party background. However, according to Azlan Zainal, Ilham Centre’s executive director, a unity govt is only theoretically harmonious if this happens.

But, with all political parties are mutually suspicious and may have their own agendas, how will Mahathir even pick these Cabinet members? 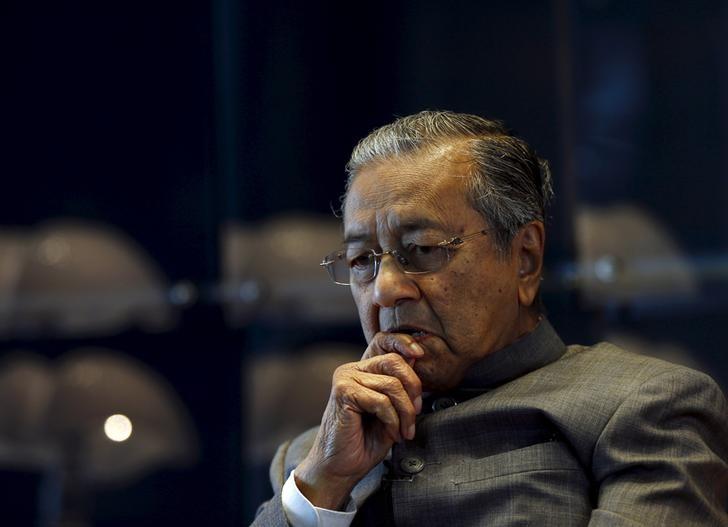 How now, how now? Image from Reuters.

A strategic communication consultant, Nathaniel Tan mentioned that, with the current legal and political system, Mahathir might seem like the only ‘judge’ when choosing cabinet members.

“Dr Mahathir alone will be the ‘judge’ of a potential appointee’s merit – be they a politician or not. In essence, he would not have to accommodate anyone, nor be accountable to anyone.” – Nathaniel wrote to The Star.

However, he also added that, in most places around the world, this may cause an overconcentration of power known as dictatorship. MCA and DAP are against the idea of a unity govt due to this very reason.

According to Bakri MP, Yeo Bee Yin, DAP is not supporting this because the new unity govt under Mahathir won’t be able to fulfill the promises of the Harapan manifesto. In addition to that, MCA argued that this would result in a govt without a political opposition to provide checks and balances.

Besides that, University Malaysia Sabah associate professor Lee Kuok Tiong pointed out how a unity govt may not be possible at the time being due to the deep enmities among Malaysian political parties and politicians.

“First, DAP and PKR will have to mend fences with Bersatu. GPS is also unlikely to want to work with PKR and DAP, due to intense rivalries in Sarawak.” – Lee to Malay Mail.

And a unity govt would also mean that PKR might have to work together with Azmin and co, which, according to Lee, might be impossible considering how the political party might not even forgive the group for apparently betraying PKR.

Although UMNO has proposed a unity govt back in 2019, its secretary-general Tan Sri Annuar Musa said that the party rejected the idea of a unity govt now because it doesn’t want a hypocritical govt. In fact, at the time of writing, UMNO, PAS and MCA are preparing for the possibility of a snap election.

Having said that, which will we be seeing next?

While writing this story, a Special Parliament session was supposed to be conducted on 2nd March 2020 to determine who has the majority of support. But since that is now cancelled, we’ll just have to wait and see what’s gonna happen next – whether we’re gonna see the formation of a unity govt, a snap election… or yet another…