By now you’ve probably noticed that something big is going on with the government already, and it has something to do with changes in some political alignments. So far, the only changes were 11 MPs led by Azmin Ali no longer being affiliated with the People’s Justice Party (PKR), and the Malaysian United Indigenous Party (Bersatu/PPBM) no longer being in the Pakatan Harapan (PH) coalition. Of the 11 MPs from Azmin’s team, 10 of them are now in Bersatu. Azmin’s troupe. Img from The Star.

Things might change again in the next few days at the federal level, but abandoning that for a while, some changes are already happening to some state governments. We’ll be looking at what changed in a minute, but it should be noted first that…

Most states are unaffected by the alliance shift (for now)

The big whoop about Azmin’s team and Bersatu leaving PH at the federal level was that it reduced the coalition’s number of seats, so much that it lost its previous majority. For state assemblies however, not every state is affected. For one thing, PH only has a majority in 7 states out of 13, so the reduction in PH by Bersatu leaving probably won’t affect the other six states, namely:

It’s worth mentioning that the WARISAN party in Sabah seemed to have allied themselves with Dr Mahathir, so some manner of change might happen soon, but as of the time of writing, nothing’s happened yet. Anyways, of the states that Pakatan held a majority, in Selangor they hold a pretty comfortable lead, having 50 seats out of 56. With recent changes, this dropped to 44 (minus 5 Bersatu seats and Azmin Ali), which is still well above the simple majority of 29 seats. In Penang, they originally held 37 out of 40 seats. With recent changes, this dropped to 35 (minus 2 Bersatu seats), still well above the simple majority of 21. In the remaining 5 states, however, things weren’t quite as clear-cut…

Johor’s government switched over to a new coalition

Before the whole affair, PH held 39 out of 56 seats in Johor, which was reasonably above the 29 seat majority needed. However, unlike PH seats in Selangor and Penang, Bersatu holds 11 of those seats, or almost a third of PH’s Johor seats. With them leaving, PH’s seats are reduced to only 28, one short of the majority, and exactly half of the total seats. Technically, they’re still the biggest coalition in the Johor state assembly… if the remaining opposition parties hadn’t formed a new coalition. Still unnamed at the time of writing, the coalition is formed by 16 BN, 11 Bersatu and one PAS assemblymen, and together they made up the other half of the state assembly. With both sides having exactly the same number of seats, it would have resulted in a hung assembly.

“There is a risk of a hung assembly of 28-28 should the two choose to remain with PH and as such the declaration of a new state government at this juncture may be premature.” – statement by Bersih 2.0, as reported by FMT.

…it was decided that the new coalition will lead the state. And while the previous Menteri Besar had been Datuk Dr Sahruddin Jamal from Bersatu, Johor’s new Menteri Besar is now BN’s Hasni Mohamad after he was sworn in on Friday (28 Feb).

Previously, things had been pretty close in Melaka: PH commanded 15 seats, and BN commanded 13. However, after losing two Bersatu seats, PH now has the exact same number of seats as BN, losing its majority. Interestingly, it was mentioned by both Melaka’s DAP chief and Melaka’s BN that BN now has the support of 16 out of the 28 seats in the state, which would mean that one more PH assemblyman had possibly defected as well. However, there is no more information about that at the time of writing.

Regardless of that, according to Chief Minister Adly Zahari (PH-AMANAH) during a press conference, the Yang Dipertua Negeri Melaka Tun Dr Mohd Khalil Yaakob wanted him to continue discharging his duty as the Chief Minister.

“I had a meeting with Tun yesterday before the Exco meeting and Tun advised me to continue to focus on the state’s administration. I was also asked on the status of the state government … we maintain status quo,” – Adly Zahari, as reported by The Sun Daily. Adly Zahari remains as Menteri Besar for now. Img from The Star.

However, not everyone is satisfied with this resolution. Datuk Seri Abdul Rauf Yusoh, Melaka’s BN chairman, had demanded for PH to prove that it still has the support needed to remain the state government, as per Adly’s claim.

As of the time of writing, there had been no further development, so it would seem that PH still rules Melaka for now despite losing its majority support.

For Negeri Sembilan, there had been no change in the number of seats (PH=20, BN=16) as there are no Bersatu assemblymen in the assembly. However, it was reported a few days ago that the services of all constituency coordinators and local authority councillors from Bersatu had been terminated immediately, affecting some 25 Bersatu people.

These councillors and coordinators had also been asked not to attend a recent meeting at the Seremban City Council, with the reason given being that it involves the policy of the city council itself. This move, according to Aminuddin, was not to aggravate the current situation, but to ‘avoid problems from cropping up later in the state government’s administration’.

As a side note, it was reported that Negeri Sembilan’s PAS had claimed that some of the state’s assemblymen will jump parties to join Muafakat Nasional, a new coalition formed by UMNO and PAS. However, there was nothing to support this claim as of the time of writing.

Perak is still undecided, but keeping their Bersatu MB for now

In Perak, PH initially have 30 seats, which is the exact amount needed for a simple majority. With 2 Bersatu assemblymen going solo (duo?), PH now has 28 seats, BN 25, PAS 2, Bersatu 2, and 1 independent assemblyman. Despite PH losing its majority, the situation is a bit different as Ahmad Faizal Azumu, the Chief Minister himself, is from Bersatu. This led to a bit of disagreement among the state assembly. Abdul Aziz Bari, DAP assemblyman and constitutional law expert, had pointed out that Perak now has a caretaker government as Ahmad Faizal, having left PH, cannot remain as Menteri Besar.

“When Ahmad Faizal ceased from being mentri besar, the entire state government fell with him. To my mind, constitutionally speaking, in Perak, the government has become a caretaker one until a new one is appointed by the Sultan of Perak,” – Abdul Aziz Bari, as reported by Malay Mail.

However, according to exco member Mohammad Nizar Jamaluddin of Amanah, the state is unaffected as it was MPs at the Federal level who pulled out from Pakatan Harapan. If his statement is accurate, it might imply that not all Bersatu members are affected by current events.

“If assemblymen from Bersatu quit Pakatan, then the situation would be different. For now the state administration runs with the Mentri Besar, as well all the state executive councillors,” – Mohammad Nizar Jamaluddin, as reported by The Star. 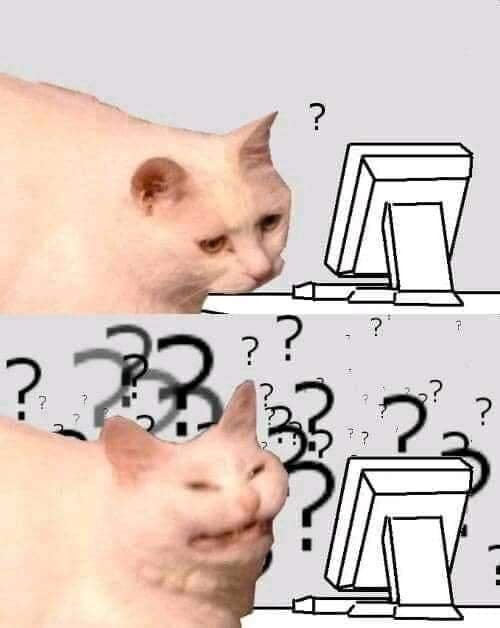 As of the time of writing, it would seem that the state’s assemblymen have yet to sit down and discuss the matter, so Perak maintains its status quo for now. Finally…

Kedah’s leadership stayed the same, but with a different name

Like Perak, Kedah‘s PH also have just enough seats to form a simple majority, commanding 19 seats out of 36. However, with 6 Bersatu members leaving, this makes PAS the biggest party in the assembly with 15 seats, followed with PH at 13 seats, and 2 BN assemblymen. Also like Perak, Kedah’s Menteri Besar, Datuk Seri Mukhriz Mahathir, is a Bersatu member. While it sounded like it’s going to be a kettle of fish, it seemed that the situation have already been resolved. After several meetings between Mukhriz, state excos and other assemblymen, Mukhriz managed to gain the support of 18 PH and Bersatu politicians to remain as Menteri Besar, in a sort of PH plus Bersatu situation. And with the Sultan of Kedah consenting to the development, we guess it’s a done deal for now. With everything being said and done… Well, there are more MPs to consider, after all. Img from FMT.

Right now, the country is still wondering about who our next Prime Minister would be at the federal level. As of the time of writing, it had been reported that His Majesty the King is still not confident of which parliamentarian has the majority support to form the new government, even after interviewing all of them. With that, it looks like it might take some more time before we can have a proper government again.

But a little over a week since the whole party-hopping and coalition-leaving fiasco started, it seems like the affected state governments have already come to (or is getting close to) a resolution. While the resolution of some states, like Johor or Melaka, seems to hint at more drama in the near future, others, like Kedah, brushed the whole thing off like it was nothing.

While we may be able to survive without a government for some time, at the moment Malaysia may need proper leadership to see us through stuff like the persisting Covid-19 outbreak and its economical impacts, for example. Perhaps it would be for the best if the federal government can study how states resolve their conflict, and use that experience as an inspiration for a resolution.