As we move closer to the World Cup Finals, chances are also going up that your Facebook feed has never been so full of balls. Sometimes you LOL at sarcastic remarks by your friends; other times you cringe at awkward, generic, overly-excited updates from “sudden fans”. Since when did your type-A colleague morph into Shebby Singh?

Statistics have shown that at least a whopping 1 billion people watched the 2010 World Cup final in South Africa, and researchers expect up to 3.6 billion people to watch this year’s matches. In fact, for 2014, Facebook estimates that at least 500 million of its 1.28 billion users are football fans and 62% of those fans are on Facebook every single day. On Twitter, there have been 350,000 tweets per day about the World Cup, and in just five days, Instagram has seen over 235,000 posts with key hashtags. (Source: Offerpop)

With all the buzz surrounding this massive event, there’s no wondering how unrelated viewers have discovered a newfound interest in football. While it’s nice to share the love for a sport, it also gets a little annoying when sudden, self-declared fans pop out of their hiding to hang with the cool kids. (Cool kids being real football fans.) As we draw closer to the finals, we’re seeing more of this breed of fans and we can only imagine what it would be like on July 14th.

Writing Facebook statuses (and possibly analysing and re-writing it), trash-talking for the sake of talking about football, sharing the 89265th article on the hottest football players… As they pile up by the dozen, it’s time to catch these Football Fan Wannabes (FFW) in the act! We asked some friends on Facebook on how to spot a FFW, and gathered 12 sure-fire ways to spot them from a mile away.

(Disclaimer: The author is not a football fan, but has a football-shaped fan. Also learned the hard way that being a FFW is not cute.) Most times it’s Brazil, England, Brazil, Italy, Brazil or Brazil, because who the heck knows anything about Algeria or Colombia? “Colombia has good footballers? Aren’t they known for, like, cigars and Sofia Vergara?”

2. … or the team with the hottest players.

Most often, the FFWs who fall into this category are girls. (Sorry, feminists – you know it’s kinda true.) Putting ovaries into overdrive, unforgivably sexy players such as Olivier Giroud, Robin van Persie and Ciro Immobile (lol, ‘immobile’) have been redefining ‘fantasy football’ for FFWs around the world. Well, to be fair, it’s kinda hard to not to root for someone with a tush as perky as Giroud’s.

3. Has no idea who Khairul Fahmi is (or any other Malaysian footballer, for that matter) 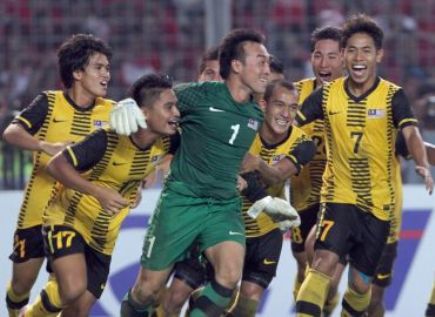 There’s a chance that FFWs – especially local ones – haven’t got a clue about our Harimau Muda team. Perhaps it’s because time and time again we fail to qualify for the World Cup, or because of the perception that our Malaysian boys simply don’t look as lengchai as the angmohs. Either way, trap a FFW by asking him/her this question: “Motor SYM tu, sape yang tunggang?”

4. Don’t know the important details about their ‘favourite team’… Recently we came across a Facebook status that went something like this: “Holland and Netherlands playing tonite… Rooting for Holland… Yeah!!” And if it couldn’t get any worse, we overheard this during a match at a mamak:

FFW: “Yes, but they’re all from South Africa.”

Friend 2: “How are they from South Africa?!” 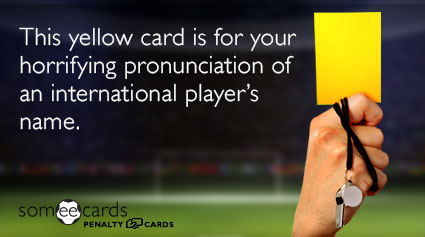 Because FFWs don’t make it a habit to check Livescore and Soccernet ever, it’s hard for them to keep track of their favourite players. There’s a high chance they were scanning the field for Beckham without knowing of his retirement (the author did), or waiting for Torres to work his magic without knowing just how off-form he’s been over the past few seasons. And if they had to spontaneously spell out CR7’s name, they might just start with C-h-r-i…

NAH, BACA:
Someone measured which fans were loudest for the AFF Suzuki cup. Guess who won?

And because FFWs have bigger passions in life other than football, it’s only natural that they have a limited knowledge about the game. Catch a FFW when he/she fails to tell you the difference between a handball and a ball-to-hand, or if they call it ‘soccer’ in Malaysia. Better yet, ask them about the infamous offside rule. Possibly the hardest to spot and trickiest to discern, trust a true blue football fan to give a descriptive, 360° presentation with stats and more. 8. Buys the cheapest jerseys thru Facebook resellers to be worn this season… Most times, FFWs are willing to spend money on merchandises such as mugs, pendrives, slippers and jerseys… Especially jerseys! Usually bought through Facebook resellers at insanely low prices, you’ll find them wearing these ‘macam ori’ jerseys at the start of the season before chucking it to the back of the cupboard. After a year, they somehow find it again during spring-cleaning and decide to wear it for jogging or badminton. Don’t waste mah.

9. … or jumps on the fashion bandwagon by following the ‘Soccer Chic’ trend Like spotting a full-suited Wak Doyok in the middle of hot and humid KL, it’s easy to spot a FFW if he/she decides to ‘inject football into fashion’. Where they usually shop at branded retailers with special ‘Soccer Chic’ collections, this breed of FFW – especially girls – would usually wear a World Cup-themed oversized tank top with denim cut-offs and a pair of Doc Marts or canvas shoes. Gotta look cute when you’re hangin’ with the boys! 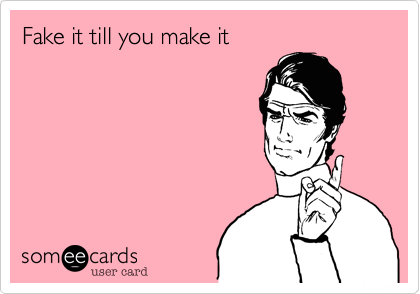 A true FFW always hesitates before responding, even when they clearly see the ball entering the goal box. They follow the crowd, booing and cheering along instead of reacting on their own. Most times, they reflect this quality on social media by posting what everyone else is posting. You know what they say, fake it until you make it! Swaying from team to team according to its popularity, here’s a classic example a friend pointed out recently. After losing in their previous matches in Group B against Holland and Chile, FFWs who were initially supporting Spain at the beginning of the season were nowhere to be found during yesterday’s match against Australia. It’s rare for a FFW to stay loyal to their ‘favourite team’, unless said team has been progressively well throughout the games.

12. Says the most ignorant stuff, ever

Perhaps the most distinctive characteristics of a FFW is his/her special ability to be absolutely ignorant about the sport and its stars, spewing out words that make little to no sense, causing you to mentally beg them to shut up. Someone recently said this: “Ronaldo’s so overrated… Only know how to berdrama. Play football la! No wonder Portugal lost that day, must be makan too much KFC.” Err, yeah, sure, the guy was awarded FIFA World Player of the Year for no reason… No reason at all…