When you talk about children, you may think about these kiddos… Who doesn’t wanna be a child again? Img from The Star

And rarely would you think about them behind bars like the children in this article’s featured image.

But, just recently, the Home Ministry, in a written Parliamentary reply, revealed that there are 756 children held in immigration detention centres. What’s even more surprising was how the Home Ministry also mentioned that out of these numbers, 405 of them are actually detained without their parents or even guardians(!).

While this number may seem a lot, we did a lil digging and found that…

Malaysia had once detained over 2,000 children in these detention depots

Back in 2013, Malaysia used to detain more children in these depots. The numbers went as high up as 2,005 children, who are asylum seekers and refugees. In fact, some reports state that about 25,000 children below the age of 18 were held in the detention centres in 2013.

So… uhh… what kinda crime did these children commit to be detained in these depots? Well, turns out, they are all undocumented. But does that make them refugees or asylum seekers? Or are they just immigrants who entered the country illegally?

We contacted the Immigration Department to find out more about this but have yet to reply. But what we found was how these depots house some refugees and asylum seekers who are waiting to be registered under the United Nations Human Rights Centre (UNHCR).

Besides, the breakdown of the nationality of these detained children that was released by the Home Ministry recently stated that many of them (326) are of Myanmar descent. We managed to talk to Zaid Malek from Lawyers for Liberty, who advocates for the release of these children from the detention centres, and he told us that some of these children, especially those of the Myanmar descent might be refugee or asylum seekers. The breakdown of nationalities. Screenshot from Parliamentary Documents by Sinar Project

However, he also noted that it’s not that simple to just label these children as refugees.

“Due to the lack of data from the prison department, we cannot say with certainty if all the children currently detained are refugees.” – Zaid, in an interview with CILISOS.

And he might be true considering how there are also possibility that these children are born in Malaysia to undocumented parents. While it is natural that these children would end up becoming stateless, they’re also at risk of being detained by the authorities.

One such example was the raid in Selayang that was held in May 2020 when the country was under the MCO. Authorities arrested 98 children in that raid itself.

What normally happens after these children are detained tho kinda depends on their age. If they’re below the age of 12, they would be placed with either parent – most of the time with their mothers at the women’s facility building. Once they turn 13, they would be moved to the adult facilities based on their genders.

And this could only mean one thing – they’d be treated like an adult in these facilities. There have been reports stating that these children are not detained with their family members but rather with strangers. So, imagine you’re a kid being surrounded by random men or women in a cell. A child in one of the detention centres. Img from Tenaganita Facebook via Malaysiakini

But is it even legal to keep these children in the detention centres tho? While there’s no exact law that prohibits the authorities from detaining these children, the only law that may be used in situations like this is the Immigration Act 1959.

And this includes children as well, so, in a way, the authorities can hold them in these centres and it may seem legal. In addition, since Malaysia never ratified the 1951 UN Refugee Convention, it doesn’t really have specific policy that would protect refugees, including children from getting detained.

Now, here’s where the problem arises. Despite not ratifying the refugee convention, Malaysia is a signatory to the UN Convention on the Rights of the Child (CRC). Zaid shared that this means that Malaysia has the responsibility to protect ALL children and their rights. This is probably how Malaysia looks like when it signed the UN CRC but not the refugee convention.

“This means the protection must be for all children, regardless of whether they qualify to be categorised as refugees.” – Zaid.

And it seemed like Malaysia’s current policies and even the country’s very own Child’s Act 2001, isn’t really helpful in protecting these children from getting detained and kept in the depots. Speaking of which, are these children gonna be stuck in the centres forever?

The authorities would normally hold these children for about… 5 months?!

When we talk about detaining people in centres like this you can’t help but to ask how long they’d be held there? Well, cos convicts are also released at some point of time (unless you’re sentenced to death or have to serve a lifetime in prison, then that’s a different story altogether), right?

Heck, children who are born in or taken into prisons are also eventually released when they turn 3 years old. With this concept, this could only mean that children in detention centres would also be released too, right? We’ve written about this before and you can check it out here. Img from The Star

Well, if we’re talking about those waiting for their UNHCR registration, then, yea. However, unlike a convict, it doesn’t seem like these detainees were given a specific date or period of time as to when they’d be released. So, one detainee might be spending his or her time longer than other detainees in these centres.

According to reports from UNHCR, adult detainees normally spend an average of 14 months while children spend 5 months in these detention centres. Wahliao, what do they even do in the meantime?

Well, we can’t say for sure. Although Immigration Department director-general Khairul Dzaimee Daud claimed that the centres are provided with basic facilities for children like the nursery rooms, that seems to be just that.

Besides the nursery room, there have been claims that these centres do not provide children with other stuff like recreational space, educational facilities or even adequate healthcare. Soz, gais. No playgrounds in these centres. Img from Carousell is for illustration purpose only, k?

And when they are released from these centres, Zaid shared that UNHCR oftentimes take care of these children once they’re released tho this is not exactly a common practice.

“We must note that there are cases where children have been released to the care of the UNHCR, but their release has been done arbitrarily and inconsistently by the authorities.” – Zaid.

Some of them tho are released back to their families in their home country. This was what happened to two undocumented toddlers aged below 2, who were detained without their mothers for about 20 days. When this issue came to light, NGOs like Tenaganita came forward to help ease the process of releasing the toddlers from the Bukit Jalil Immigration Detention Centre.

“We urge that this matter be treated with urgency and that the babies be handed over to the custody of their mothers or any shelters which are better equipped to care for the babies until the Immigration Department is able to provide the necessary documents for the babies to be deported.” – Tenaganita, as quoted by Malaysiakini.

At the time of writing, Khairul ensured that the toddlers would be released and deported back to their home country in July 2019. It’s probably safe to assume that they are now back with their families in the Philippines. 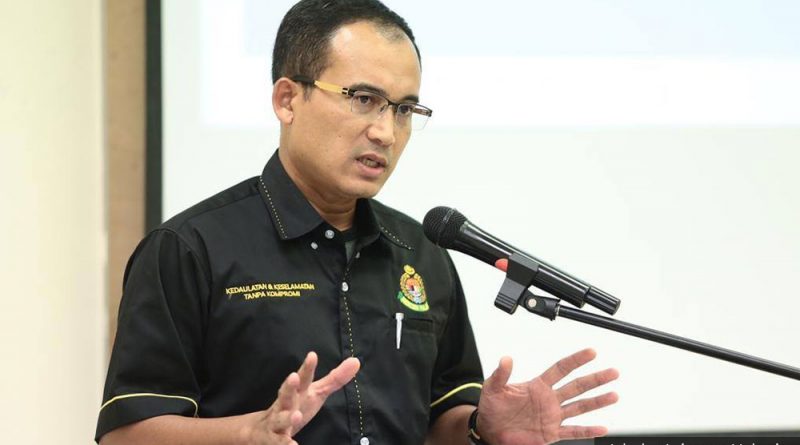 However, not all children can be released this way. Zaid mentioned that children refugees should be protected and not deported back to their home country

“Malaysia is also bound by international obligations such as the principle of non-refoulement which means that we must not deport any persons back to their country where they are likely to face irreparable harm. Child refugees and asylum seekers therefore cannot be deported and should not be detained indefinitely.” – Zaid.

This may be why NGOs and Human Rights Institutions like the Human Rights Commission (SUHAKAM) have been working on an alternative for these children so that they’re not held in detention centres. In fact…

NAH, BACA:
Do most Msians enjoy duduk rumah, or are they going crazy?! Take our survey, we'll tell you!

Seeing how problematic holding these children in the detention centres can be, Human Rights Institutions and NGOs like SUHAKAM, Suka Society, Yayasan Chow Kit and International Detention Coalition are working with the Immigration Department, Attorney-General Chambers and Welfare Department to explore the feasibility of an alternative to detention. But this idea was kinda sparked by SUHAKAM.

SUHAKAM has been proposing the idea of an alternative to detention since 2015, specifically for unaccompanied children in the detention centres. This would mean that the govt would stop detaining children in these centres.

Zaid said that several countries are working towards prohibiting detention of children. The Indonesian govt, for instance, children refugees are placed in community housing instead of in detention centres. Refugees in Indonesia sometime in 2016. Img from Nick Perry via NST

Japan, on the other hand, no longer detains children refugees or asylum seekers. In fact, the govt will try its very best to not detain these children by looking for people who could care for them.

“The Government of Japan avoids detention of the children as much as possible, and instead, we search for those who take care of the children, send such children to their relatives or to the child guidance center and ask them to protect the children provisionally.” – An excerpt from a written response by OHCR Japan.

As a matter of fact, the Malaysian govt almost started similar initiatives! Back in 2018, the then Deputy Minister Dr Wan Azizah confirmed that the Women’s Ministry and Home Ministry led by Muhyiddin (yass, y’alls abah) were gonna execute a pilot project to move hundreds of children out of detention centres and into NGO shelters.

“Children do not belong at (immigration) depots and should not be detained for immigration offences as long as there is a better alternative.” – Wan Azizah, as quoted by Daily Express.

However, a year went by and nothing much happened since the announcement. SUHAKAM urged the govt to take action on this pilot project ASAP but with the political turmoil that happened earlier this year, it doesn’t seem like the project took off anyways.

The rise in the number of children detained in these centres from 363 in 2019 to 756 in 2020 caused NGOs to call for the govt to stop detaining children. What you can do to help is perhaps write to your respective MPs to highlight this issue and ask what’s currently being done to prevent the authorities from detaining these children. Hopefully this could help see an end to children being locked up in detention centres in the near future.

[UPDATE 14 November 2020]: An earlier version of the article mentioned that SUHAKAM is an NGO. We’ve amended the article to properly address SUHAKAM as a Human Rights Institution instead. We’d like to apologise to SUHAKAM for the mistake made in the article.