As we all know, the Covid-19 pandemic hasn’t been easy on practically everyone, tearing down the economy like Hurricane Katrina. But perhaps the one industry that’s affected the most is the tourism industry.

Even now, when the pandemic’s died down a little, the effects can still be seen, where airlines are either giving pay cuts, asking the staff to take unpaid leave, or just straight up firing staff to be able to bear overhead costs. And it doesn’t seem that the tourism industry, or airlines, will be able to take a break just yet.

Okay, we’ll admit, this doesn’t really have anything to do with the virus, but we don’t imagine that the suspension will make things easier for the already plighted airlines. Wait, so what’s the scandal that headline’s talking about? Well, before all that, let’s start at the beginning.

On the 22nd of May, 2020, there was a plane crash involving a passenger flight from the Pakistan International Airlines (PIA) at a residential near the Karachi Airport in Pakistan.

The residential area that the plane crashed in was heavily populated. Among the 99 people aboard, only two survived, while the rest perished. Meanwhile, on the ground, eight were severely injured, with one subsequently dying from the crash. Adding it all up together, 100 people lost their lives from the crash.

“The flight was just seconds from the runway when it fell. It crashed into a street in a densely populated area, completely demolishing five houses and damaging 15 others.” – A senior official on the ground, as quoted from The Guardian

“We are proceeding direct, sir – we have lost engine.” – One of the plane pilots, as quoted from The Guardian 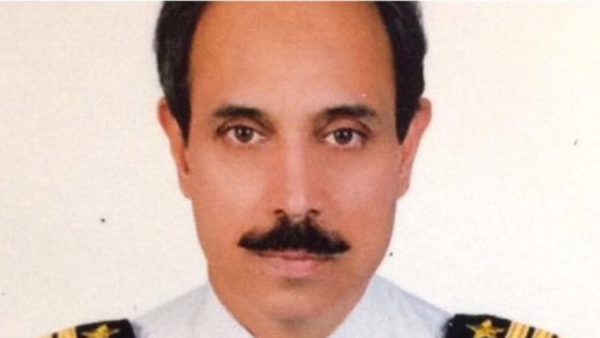 Sajjad Gul, one of the plane’s pilots. Image from ACE NEWS

However, before all that, a preliminary report described that the pilots had apparently ignored automated warnings in the morning and failed to lower the landing gear soon enough, causing the engines to collide with the runway. Subsequently, Pakistani Aviation Minister Ghulam Sarwar Khan said that the pilots also didn’t pay attention to warnings from air traffic control itself.

These reports brought up a lot of red flags to the authorities. As such, the Pakistan aviation authority and the plane’s manufacturers sent investigators to the crash site to investigate the accident. And it was subsequently found out that… Shortly after the investigation had begun, a bombshell dropped – the Pakistani government review found out that almost 30% of local pilots have been flying with bogus credentials; that means every one in three Pakistani pilots is a fake! And that’s not even really new information to the government. They’d apparently already begun investigations into their pilots’ qualifications in 2018, after a crash landing as well, and they’d already found out about the fake license distribution by then.

By right, in order to obtain a license to fly a plane with nine passengers or more, a trainee must log 1,500 hours of flying time. After that, they have to sit for eight exams and attain at least a passing grade.

Wait, so how did the ‘pilots’ actually obtain the fake licenses in the first place? Well, according to the Pakistani Aviation Minister Ghulam Sarwar Khan, these ‘pilots’ have been getting other people to take the pilot exams for them – sometimes just some of the exams, sometimes all of them. The Pakistani government also said they would be suspending all pilots found to be holding fake licenses.

Tryna clean up. GIF from Giphy

“We will restructure the airline, and a clean-up process will be completed by this year.” – Ghulam Sarwar, as quoted from Deutsche Welle

What was supposed to be a problem isolated in Pakistan blew up into an international scandal, where a lot of countries have announced a suspension of Pakistani pilots, either licensed or not in their countries, such as:

According to the Civil Aviation Authority Malaysia (CAAM), the suspension was in the interest of the safety and security of Malaysia’s civil aviation. While they cannot be sure that not all Pakistani pilots hired by Malaysian operators are holding fake licenses, they also cannot be sure that they’re not holding fake licenses as well, which is why Malaysian government’s taken the step to suspend all Pakistani pilots in Malaysia until further notice.

Yes, it’s nice to know that our government’s being careful enough to not risk having fake pilots in the air, but… Historically, Malaysia and Pakistan have always had a pretty good relationship. Sure, there’s been some ups and downs throughout – every relationship has them – but we’ve always enjoyed cordial relations with one another since Pakistan apparently staunchly supported the establishment of Federation of Malaysia since really early on. In addition, there have even been times when Pakistan only showed support for countries like Singapore and Brunei only after Malaysia’s shown the same support.

However, the friendship between Malaysia and Pakistan seemed to have been cemented by our Malaysian Prime Minister Dr. Mahathir Mohamad and Pakistani Prime Minister Imran Khan. To start with, it’s said that Mahathir’s a political figure that Khan highly admires.

“We see Mahathir as leader of Muslims nations.” – Khan, as quoted from Developing-8

When Mahathir returned to assume the PM role for the second time, Khan made not one, but two diplomatic visits to Malaysia, and both times seemed to have turn out well based on their statements. In addition, Khan even invited Mahathir as a guest of honor for Pakistan’s National Day last year.

Economically, Mahathir and Khan together elevated to what they call a Strategic Partnership just last year, where it kinda defined a new level of bilateral cooperation between the two countries in a variety of industries. Heck, as a result from this partnership, our national car producer Proton even announced the establishment of a manufacturing assembly plant in Pakistan, which makes it the first in the South Asian region.

However, perhaps one major reason why Khan likes Mahathir so much is due to the latter’s staunch defense of Kashmir amidst the tension rising between Kashmir and India. In case you’ve been living under a rock, Pakistan and India are currently embroiled in a conflict over the ownership of Kashmir, and Mahathir hasn’t relented in his defense of Pakistan’s side in the conflict.

“I am sorry to see that India, which claims to be a secular state, is now taking action to deprive some Muslims of their citizenship.” – Mahathir, as quoted from The Asean Post

As a result, Malaysia’s relationship with India kinda deteriorated from there, where Indians had started calling for a boycott of Malaysia’s palm oil in particular, but we’ve already written an article about that, so let’s not go too deep into that.

So given that Malaysia has such a good relationship with Pakistan, like particularly good, the suspension of Pakistani pilots seems like an odd move. What could this mean for Malaysia-Pakistan relations? Well, it’s still too early to tell. However…

As we’ve mentioned above, the government’s mentioned that the suspension of Pakistani pilots in Malaysia is only meant as a safety measure for now.

Pakistan reportedly has 860 pilots, with 20 of them working for Malaysian airlines, all of whom have been suspended for the moment. The CAAM’s also stated that Malaysia will reinstate Pakistani pilots here as soon as the Pakistani’s authorities have verified their licenses based on their standards.

“We are currently still waiting for a response from PCAA. Once an official confirmation has been made, we will reinstate these pilots with immediate effect.” – CAAM PR officer Nurilya Anis Rahim, as quoted from Arab News

It’s concerning to know that the Pakistani pilots in Malaysia might possess fake licenses. And who knows how long they’ve been transporting Malaysian passengers back and forth around the world? So yes, we suppose it’s a wise decision to ground them for now until they’re proven to be legit pilots.

Sure, it might not do well for our rather good relations with Pakistan, but, you know, safety should probably come before diplomatic relations. For now, let’s just hope that the Pakistani authorities will be able to resolve this issue as soon as possible.

Share this article:
NAH, BACA:
Some people reject Mahathir as the choice for PM... but it's not Najib and friends