*The feature image (taken from a video belonging to the YouTube channel, The Great War) shows what Penang Harbour was like during the early 1900s.

Whenever you plan for a vacation to Penang Island, the first thing that most probably comes to your mind is: WHAT ARE WE GONNA EAT THERE? Will it be Char Kway Teow, Penang Laksa or that Nasi Kandar down in Chulia Street? Or should we queue up for the “famous” Ice Kacang, so famous that even Phua Chu Kang has tried it once? 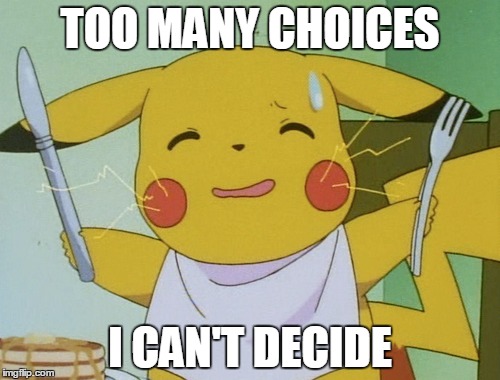 Yes. Penang is truly is a food haven but at the same time the island is a treasure trove of historical and cultural heritage. After all, its capital Georgetown was designated a UNESCO World Heritage Site back in 2008.

Where else in Malaysia can you can find a mansion belonging to an ambassador during China’s Qing Dynasty period, or streets named after the Armenian and Jewish communities who lived on the island?

While the spotlight is mostly on Penang Island, there’s a little island to the east that Penangnites would know about too- Pulau Jerejak. This island (measuring at about 3.62 km2 ) was once home to a leprosy colony and a maximum security prison, but didja know it was also the site of a naval battle during World War 1?

Say what now?! Gif from tenor.co

It all began in 1914, on a distant continent called Europe A German cartoon from 1914 satirizes the political situation of Europe just before World War 1. Can you spot Germany? Image via publicdomainreview.org

Ok. Let’s be honestlah, how many of ugaiz have heard about World War 1? Y’all are probably more familiar with World War 2, because of those Japanese Occupation stories, right?

In order to explain the origins of World War 1 and the countries involved in it, we figured it’d better to use an analogy cuz international politics is just so complicated. Heck, even trying to explain M’sian politics is already a pain in the butt for us. 🙁 We’re gonna try our best to provide a Malaysian-nized version of the Bar Fight analogy found in The Economist.

(Germany, Austria-Hungary and Italy are chilling at their fav mamak stall. All of a sudden, Serbia, who is sitting beside them, accidentally spills his glass of teh tarik on Austria-Hungary’s prized football jersey.)

Austria-Hungary: Hey! My jersey kotor already!  Faster pay me back!

Serbia: : Sorrylah Austria-Hungary bro, but I don’t have enough money. Can I send your jersey to the dobi instead?”

(Serbia’s BFF, Russia is now standing by his side.)

Russia: My bro’s already offered to clean your jersey. What MORE do you want from him?

(Right now, France and Britain appear to be siding with Russia.)

Germany: Wah, everyone chillax. Serbia’s already agreed to clean Austria-Hungary’s jersey. We have reached some sort of deal…right?

(Germany is clearly frustrated and closes his eyes for a moment. Without any warning, he tries to sucker punch France… only to hit an innocent bystander named Belgium in the process.

Austria-Hungary promptly hits Russia on the shoulder only to be thrown off. Germany  takes on both France and Britain, leaving the injured Belgium to lie on the road. Russia, furious at Austria-Hungary, tries to grab him… only to have got hold of Germany who simply shrugs him off. Britain shouts for his bro, Australia to come help. Likewise, to even out the odds, Germany calls for his futsal buddy, Turkey.

Suddenly, Italy surprises everyone by kicking Austria-Hungary in the back!)

*Actually, the staining of Austria-Hungary’s jersey in this analogy refers to the real life assassination of the Austro-Hungarian leader, Franz Ferdinand. The poor handling of this incident eventually lead to a war between these countries mentioned above. For the more serious version of the story, click here.

So basically World War 1 was about France, Britain, Russia, Serbia, Australia and Italy (aka the Allies) fighting against Austria-Hungary, Germany and Turkey (aka the Central Powers) lah.

For some reason, East Asia also got tarik-ed into this war

Like a disease, the war soon found its way to regions as far as Africa, the Middle East and also East Asia. Apparently, Britain, France, Italy and Germany each had their own tanah jajahan around these areas. For illustration purposes. Do note that Germany’s tanah jajahan in China is not highlighted. Image via owassops.org

During the early months of the World War 1, the Emden, one of the German ships based at Qingdao, decided to sail alone around the Pacific region, with the mission of disrupting the Allies’ bases throughout the area. Basically, it was #YOLO. Although some might have thought of Emden’s decision as a stupid move, the German ship certainly proved them wrong by successfully capturing 7 ships and sinking 6 others within the first few weeks. And just when you thought you’ve seen enough badassery, the Emden even entered a port in India and shelled the oil tanks of the Burma Oil Company. All this without even getting caught once! #SuperBadass

And guess what? This super-badass ship set a course for Penang Island next! 😯 No one likes an unwelcome guest! Image via yellowlegs-and-others.com

“Emden’s captain thought that a massive French warship was in Penang, and sinking her, despite her superior fire-power, would achieve glory for Germany in a way that commerce-raiding could never do,” -Dr. John Robertson, author of the Battle of Penang, as quoted in The Star Online.

Realizing the British were panicking ever since their previous raid in India, the Emden’s crew came up with an ingenious plan- erecting a fake fourth funnel in order to pass off as a British ship. On 28 October 1914, 3 am, the German ship approached the harbour slowly, only to spot a Russian warship being docked there.

Moving the ship into a perfect firing spot about 270m away, the captain ordered a torpedo to be fired at the Russian ship. At the same time, its cannons opened up. The torpedo which reached first, tore the deck of the enemy ship apart whereas the cannons’ shells created large holes at the side of the ship.

Being a cautious man, Emden’s captain ordered another torpedo to be launched at the enemy ship. When the torpedo struck the target, there was a massive explosion. The Emden immediately left the harbour, only to be met by a French warship (it wasn’t the one they were looking for though). However, like the Russian warship earlier, it stood no chance against the Emden and was sunk within minutes.

As for the Emden’s crew, they weren’t able to savor their victory for long. Just a few weeks later, their ship was put out of action during an encounter with another enemy warship near the Cocos Islands.

And then, the British terus tangkap every German living in Penang & Singapore 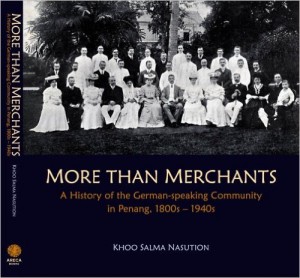 This book is already out of print, so if you wanna get a hold of it, try visiting the library. Image from amazon.com.

Penang historian Khoo Salma Nasution stated through her book, More than Merchants: A History of the German- speaking Community in Penang, 1800s-1940s, that the Germans formed the second biggest European trading community on the island.

After the Emden’s raid, the British authorities regarded them as untrustworthy, and thus started rounding every person of German heritage living in Penang and Singapore. They were then sent to internment camps in Australia, a place where some of you know, is home to many dangerous animals.

This hostility even extended to the shutting down of local German companies such as Behn, Meyer & Co., who specialized in trading and shipping. Fortunately for the company, it was only a temporary process as the company still exists (and currently has over 1000 employees and is supported by offices, warehouses and factories across Asia, Europe and the US).

Besides that, the British authorities approached some of the wealthy Straits Chinese businessmen to contribute to financial demands of the Allies’ war effort.Earlier in the 19th century, five Hokkien families (the Tan, the Yeoh, the Lim, the Cheah, and the Ong) had established themselves among the richest people in Penang, possibly to the point where the colonial government couldn’t afford to ignore them.

“By May 1916 the ‘Penang Aeroplane Fund’ had gathered $15, 608 and a week later the  ‘Penang Kongsi’ was collecting for an  ambulance costing $12,543. In a separate war loan, the Chinese businessmen managed to raise up to $1.8mil by the same year. “- Dr. Wong Yee Tuan, Fellow and Head of History Studies at Penang Institute, through an email interview.

Eh… but why is this World War 1 story not taught in sejarah class?

Dr. Wong attributes this to two factors: (1) the events of World War 1 were mostly confined to Europe and (2) none of Penang’s infrastructure suffered any damage during the raid. Besides, public knowledge regarding World War 1 is relatively obscure among the public, more so Malaysians.

“There were some local accounts of the naval battle, such as personal diaries and local newspapers. Regarding the former, I doubt that any has survived. Still, local newspapers, such as Pinang Gazette, Straits Chronicle and Straits Echo can still be accessed in the university libraries,  National Archive and public libraries.”- Dr. Wong A grave for the fallen Russian sailors was built in Georgetown’s Western Road Christian cemetery. Image via The Star Online.

While most Malaysians would have no knowledge about the Emden raid, one country still remembers this incident- Russia. In 2013, over 40 Russians, some of them navy personnel, commemorated the 100th anniversary of their warship’s sinking.

The Battle of Penang is just one reason why Penang is a treasure trove for tourists who love learning about history. So… if you happen to visit Penang next time, do make an effort to stop by some of the cultural or historical attractions. You might just learn a thing or two.  🙂