With housewives staying at home full time to raise their children, do the ironing, masak-masak and cleaning, their contribution to the family institution and national economy is immeasurable. They toil away, but don’t earn salaries. The risk they bear is great… as they grow older or when their spouses are no longer around, what will they fall back on? Not wanting to neglect their welfare, the Government thought it was a good idea to set up some sort of social security for them. One promise in Pakatan Harapan’s manifesto, ’10 Janji 100 Hari’, is to set up EPF for housewives (but actually it was introduced back in 2005) But how? If they don’t earn salaries, where does the money come from?

“It would transfer 2% points of the husband’s existing 11% EPF contribution to the wife’s EPF account. I believe this is not burdensome for the husband as it does not reduce the take-home pay.” – Lim Guan Eng, Finance Minister, NST

On a voluntary basis la, if the husband is willing to contribute. Topping it off, the Government will contribute RM50 per month (RM600 per year) for each housewife.

Unfortunately, the janji has hit a legal snag

So after Deputy Prime Minister Dr Wan Azizah paid a visit to EPF and discuss, discuss details with ’em, suddenly it was learnt that they hit a legal snag dun dunn. The bummer here is that the husbands’ EPF contribution cannot be transferred to their wives, according to the EPF Act.

“There is a problem in Section 51, you cannot touch the EPF contributed by the husband. The husband cannot take 2% out of the 11% of his EPF contribution for the wife.” – Dr Wan Azizah Wan Ismail, The Star Section 51 is clear, using a number of words just to say you cannot take the money – assignable, transferable, sequestered, levied upon – like whoever wrote it went on a Thesaurus marathon. Thesaurusarathon. Not even for any debt or claim, can the money change hands!

The only times the money can move are if a Court orders a forfeiture under the Anti-Money Laundering, Anti-Terrorism Financing and Proceeds of Unlawful Activities Act 2001. Or, the money will be transferred to the Registrar of Unclaimed Money if the person reaches the age of 100, but hasn’t withdrawn the money.

Alternatively, the husband can withdraw the money under certain circumstances, then only give to the wife. Such as when he reaches retirement age, withdrawals for housing, to pay PTPTN, leaving the country and so on. But it’s not the same as contributing 2% to the wife’s account, obviously.

So the Government will have to find oder vays Since the law says cannot, Dr Wan Azizah, who is also Women Affairs Minister, said the Government is looking at alternative ways to introduce the initiative.

“There is a scheme called the 1Malaysia Retirement Savings Scheme (SP1M). They (husbands) can volunteer to give their wives RM250 per year.” – Dr Wan Azizah Introduced in 2010, SP1M is another EPF initiative for those who are self-employed and do not earn a regular income achieve a certain level of savings upon retiring. Apart from providing assurance that people have savings, the scheme is to reduce the number of senior citizens relying on allocations by the Society Welfare Department (JKM). So housewives are eligible, along with farmers and fishermen, taxi drivers, hawkers, babysitters, freelancers, etc.

“We are aiming to target and would welcome housewives to join in this scheme.” – Tan Sri Azlan Zainol, then CEO of the EPF, asianmoneyguide.com

To sign up, fill in the Form KWSP 16G (1M) and submit it through mail or over the counter. Members can put in the money online, over the counter or appointed bank agent counter, or by mail. As for how often and how much, it can be made at any time, within the person’s own means, but subject to a minimum of RM50. Under SP1M, the Government also contributes 15% on the amount, maximum RM250 a year. 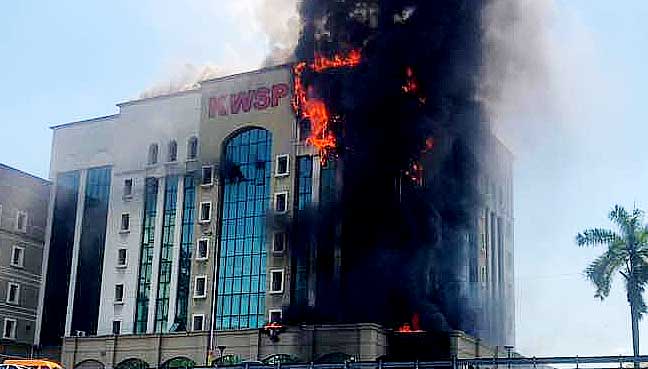 Or not. Img from FMT

But of course we all know there are other places housewives can park money, insurance and whatnot. Socso is another one, aiming to cover 1.2 million housewives. Socso which works like an insurance organisation for all employees in Malaysia, is responsible to provide fund and benefits to all registrants in case of emergencies, injuries, or death.

“After taking office in my ministry, the first thing that I have always felt that should be done is that Socso must cover every Malaysian citizen. So the first sector that will be looked into are housewives.” – M. Kulasegaran, Human Resource Minister, The Sun Daily

But at the end of the day, is 2% really enough? Although some husbands are a bit too tight-fist to accept the idea, a lawyer who specialises in labour laws, VK Raj, spoke to FMT, telling them that 2% is too small to reflect the value of a housewife’s work.

He even suggested that employers can add to the contribution, by giving another 2% of their married male employees’ salaries, whose spouses are housewives. He said employers should recognise that such workers would be free from worrying about their duties at home and would therefore be better at their work. (Legit, household work is one of the ways a homemaker (be they men or women) contributes to the economy.)

Savings are important for ALL Malaysians at the end of the day, whether housewives, farmers, or employees. Period. 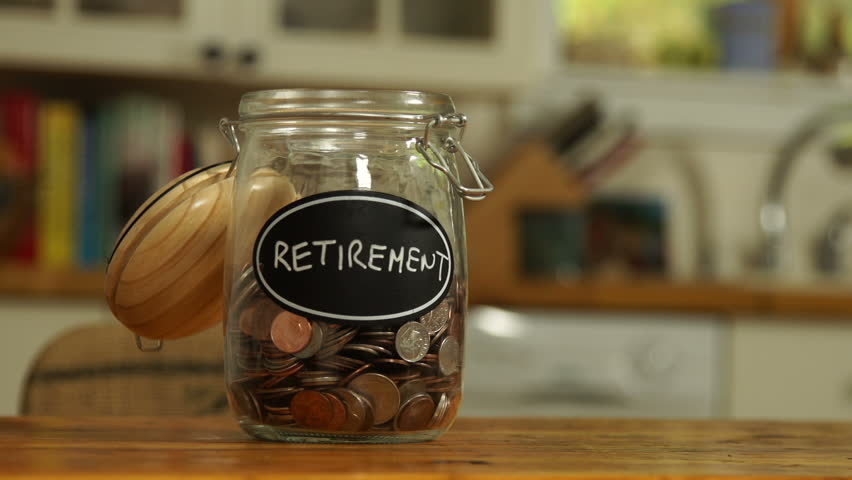 LOL, you know where we’re going with this. We know we sound like your naggy parents telling you to start adulting, but the sad reality is that most Malaysians can’t afford to retire because they don’t have enough savings. The EPF Board revealed that only 18% of members have reached the targeted minimum savings of RM228,000 by age of 55.

“More than two-thirds (68%) of EPF members aged 54 had less than RM50,000 in EPF savings! With the household poverty line income at RM930 monthly, RM50,000 in savings will only last 4.5 years. The bottom fifth of EPF members have average savings of only RM6,909!” – Jomo Kwame Sundaram, Council of Elders member, Says.com

Don’t believe us, read these heart-wrenching stories of 4 Malaysians who are scraping by because of a lack of savings. Most people would love to imagine being able to retire rich instead of broke and poor… Actually, it is possible! It starts by treating savings as a MUST, not an afterthought. It’s simply wise to have an umbrella for rainy days.

Unless it’s raining money, then turn your umbrella the other way round

Share this article:
NAH, BACA:
Audios and photo that may clear up Sheraton Move were leaked - but what do they say?