[This article was originally written in BM. Click here to read]

It seems that Malaysians were really hyped for the Southeast Asian games this week, as the tickets to the official opening ceremony at Stadium Bukit Jalil on 19th August were sold out! But even before the opening ceremony, some of the sport events like football and netball were already on-going, and Malaysia had even won several gold medals already! Malaysia’s 2nd and 3rd gold was bagged by the men and women compound archery teams on 17th August. But did you know that Malaysia’s first gold medal was for something called …Chinlone? No, it wasn’t the guy that beat Dato’ Lee Chong Wei in the Rio Olympics, and it also doesn’t involve chins either.

As our cousins at SOSCILI went and found out, Chinlone is a pretty fun but complicated sport. While it most of us in Malaysia have never heard of the strange name, Chinlone is actually very popular in a neighboring country.

Chinlone is a 1500 years old game played during Buddhist festivals

Chinlone is a traditional Burmese sport dating back about 1500 years ago, something that even the old Burmese kings used to play. Now, it’s usually played for fun during annual Buddhist festivals, with thousands of players “performing” to the company of traditional Burmese music, as it inspires players to do all sort of cool kicks. Perhaps not surprisingly, Chinlone was first introduced internationally in the 2013 SEA games in Myanmar. 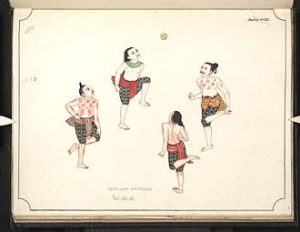 Chinlone means caneball in Burmese, and to an outsider, it looks like sepak raga bulatan, but fancier, and combined with some dancing. The game is usually played by 6 players, and it involves juggling and passing the ball around to other players in a circular field (typically 22 diameter in size), using only the legs .

Traditionally, a player in the middle of the field (a.k.a the soloist) would perform trick kicks while the others around the circle support him. The goal is to keep the ball in the air for as long as possible. If the ball hits the ground, a new person substitutes the soloist. Here’s a video of some Chinlone being played:

But competitive Chinlone is quite different, the only similarity is the restriction of how the ball can be juggled, as there are only 6 points of the body you can use. In competitive Chinlone, the following are known as “primary level legal strokes”, which is important information for later:

Now that we got that covered, lets see how Chinlone is played competitively. 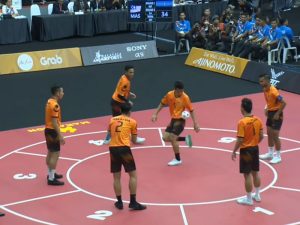 Instead of playing against other teams (like most ball related sports we know), 2 teams will compete by “performing”. Before we go into the details, know that all 4 events share the same principle rule. 1 point is awarded after one round of successful passing. Each event has 2 sets of 10 minutes, and at the end of the 2 sets, whoever scores higher wins.

In each event, the difference is in the way players pass the ball. For events 1 to 3, players must pass the ball using the 6 “primary level” moves we mentioned previously. Here’s how each works: 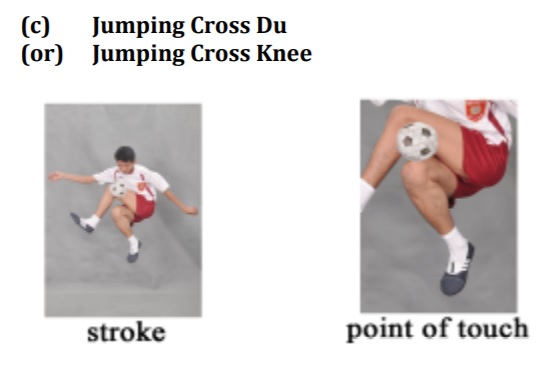 Was this what inspired Shaolin Soccer? Screenshot from Asian Chinlone Federation pdf.

But then, how did Malaysians end up playing a Burmese traditional game? And how did it go to a competitive level?

NAH, BACA:
Bota in Perak was named after a monster... who likes to catch pantsless kids.

When Myanmar tried to introduce Chinlone in the 2013 SEA games, they were accused by many for attempting to score an easy win by introducing a game that they are good at. Richie Gracia, the chairman of the Philippines Sports Commission has even called for a boycott of the Myanmar 2013 SEA Games because of it.

“As chairman of the Philippines Sports Commission, I will not attend the SEA Games and will encourage my commissioners to do the same. If the Philippine Olympic Committee will not show any sign of protest, the government will,” – Richie Garcia, quoted from Myanmar Times

But Myanmar insisted. They published a how-to book that aims to explain Chinlone to their neighbors. They even suggested 14 variations of the game, with rules and regulations and all, so that other countries to give them feedback about which version they would more likely accept. They approached 8 countries, and managed to convince Singapore, Malaysia, Indonesia, and Cambodia in the end.

They also targeted sepak takraw organisations and players because of the similarities between the games, and they succeeded in gaining acceptance.

“The President of the Asian Sepak Takraw Federation is helping us persuade Southeast Asian countries to compete in the event,” – Secretary General of the Myanmar Chinlone Federation, Ye Aung, quoted from Myanmar Times

From the feedback of each country, only 4 categories/events remained, and the countries agreed to participate in the event. In the Myanmar SEA games, Myanmar won 6 gold medals out of the 8 Chinlone events (4 for men and 4 for women).

Well, guess those worries of Myanmar dominating were unfounded.. heh.

When Malaysia first competed in the Myanmar SEA games, we managed to get one bronze for the non-repetition (primary level) event. In the 2015 SEA games in Singapore, Malaysia managed to nab one silver and one bronze. But this time, Malaysia is serious about winning the gold, and they even brought in coaches and gold medalist to train our team.

Put on your red shoes and dance the blues. Image from the malaymailonline.com

In May 2017, Malaysia’s team emerged as champions in the linking event of a local competition in Myanmar while they were there for training. As the 2017 SEA games host, Malaysia is eligible to participate in all 4 events, while participants can only join 2 out of the 4. And since Myanmar is not in the linking event this time, it is a chance for Malaysia to go for the gold.

In the end, Malaysia did manage to beat Philippines in the linking event grand finals, and also got 2 bronze medals for same stroke and non-repetition (secondary level).

There have been all kinds of sports in past SEA games 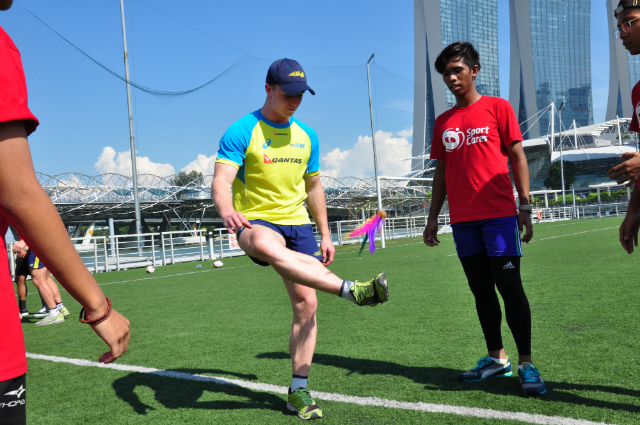 Throughout the many SEA games held across the years, aside from accusations of winning easy medals, there were actually many weird and wonderful games/ sports that were introduced. When Vietnam was host for the 2003 SEA games, they included fin swimming and chapteh (sepak bulu ayam). When Indonesia was host in 2011, they even had paragliding, wall climbing, and even bridge (a card game)! You seem to be perspiring, Mr.Bond. Image from me.me

But as Myanmar puts it, all they seem to want is to have people to play Chinlone with:

“We’ll share our experiences with other teams in order to promote the sport. If they win gold medals, they will show more interest in the sport and Chinlone’s popularity in Southeast Asia will increase,” – U Pyae Sone Myint, General Secretary of the Myanmar Chinlone Federation, from Myanmar Times

So with this new found knowledge for this “newfound” sport, maybe you could go witness it for yourself the next time they play, but don’t forget to support team Malaysia while you’re at it. #KitaJuara