Love em or hate em, JJ and Rudy were a big part of Malaysian culture for a long time. Helming Hitz.FM’s morning crew for SEVEN YEARS, they started alot of the Gotcha, pranks and parodies that have now become a regular part of Malaysian mornings.

But all that ended 8 years ago, when Rudy was replaced by Ean, and moved to RedFM. Since then, aside from a brief reunite on the DRIVE time slot, they have somewhat moved on from their careers as funnymen who talk on air.

For the past few Sundays since March (and every Sunday at 5pm), hosted by La Bodega, JJ and Rudy have once again started a show together, this time on Facebook Live, called JJ&RudyurMC! Because they’re now independent, and no longer need to conform to the format and strict policing of primetime radio, expect the same chemistry from before, laced with occassional profanity, super-casual interviews, and of course, well-orchestrated madness.

We haven’t seen them this happy together in a while, so we thought we’d catch up with them about everything from their first time on air, to how they earn a living after their Morning Show run, and of course, why they broke up in the first place. But first…

Did you know the first time they met was in front of the mic? JJ first cut his teeth as a Hitz.FM Cruiser, and eventually graduated by AMP’s hierarchy into the Morning Show crew. Rudy at the time was a part-time replacement. And ever since their first show, the chemistry has been undeniable.

And we double-checked this – the two of them had never met in person before their show, or even had so much as a warm-up yumcha or breakfast or shared a ciggy together. The first time they met each other was in the ears of millions of Malaysians, live, on-air at the Hitz.FM studio.

“Nope. Just had the boss say someone joining you this weekend and that’s it. But Eddie (Murphy) brought us together” – JJ

“When JJ says born already come out like that. We both got it off immediately. Hit it off. Heh. Hitz it off.” – Rudy

Talking to the two of them about the early days, they sound nostalgic – about simpler times.

“The cruisers where JJ started was legendary to this day. Could turn any car park into a concert, with a truck, two shirts and a CD” – Rudy

“Yup it was an awesome team. Remember those days? People in shirt and ties forgetting themselves and troubles for 20 minutes just to hang and have fun” – JJ

The woman that changed Rudy’s life

In the early days, when Rudy was still part timing as a DJ and fulltiming as a web manager, they received a call from a lady they’ll never forget.

“We had a lady call us up once and said thank you. We asked why – and she said she had a big argument last night. She slept late, woke up cranky and it was raining. But she said she turned us on, we played her a good song, made her laugh and she realize life is still okay. She got out of bed and got dress for work. So she said thank you for the help” – JJ

“That was it.  No name, nothing, that woman changed my life. Cause the day after I resigned as a web com manager” – Rudy

One thing that comes up over and over is the deep appreciation JJ and Rudy have for their fans. Here’s another one they got. WARNING: Might give you diabetes “When I look back, the thing I’m most proud of is the people who shared those painful early mornings with us. I am amazed at the amount of love and grown ups that meet us and say you guys were in that school van everyday with us” – Rudy
“I second that. They allowed us to entertain them and they became our friends” – JJ
“I just wish our friends would give us the school bus fare back for everyday we were with them” – Rudy

Wah. Sounds like they really miss it. So in that case – why quit in the first place?

Imagine waking up at 430am everyday for 7 years 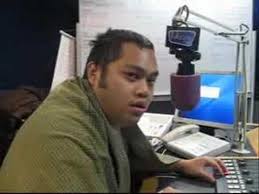 While it’s not the only factor, both jocks did mention several times during our interview (and others) that it’s quite giler to wake up for the show every day.

From the chat alone, the chemistry between these two is pretty obvious. I ask one question, and they can take it to the moon. So it was a sad moment in 2009, when Rudy left to RedFM, leaving JJ to eventually pair with Ean. However, beyond that, they also had issues with the growing demands of radio, and according to JJ, last minute contract renegotiations.

“I was tired to change how radio is with a new format and all. Worked like 12 hour days in meeting trying to get the best concept but radio is controlled by money and agencies” – JJ 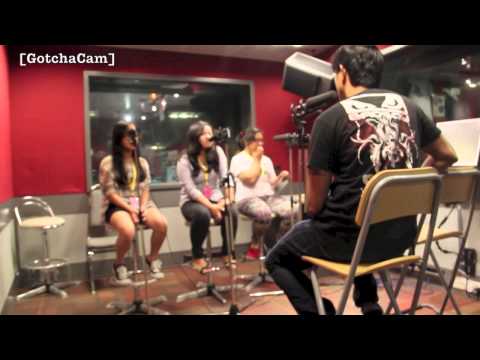 “It has to evolve. But not the way it’s doing now. The format they are running has been around since Rudy and I. We were proud of what the GOTCHAs were. Not what they are now. We are proud of the Merdeka man, the Malaysian icon shows we had, games like yes no umm ahhh. Presenting shows in different ways not like it was before and taking concepts that were from overseas and making it local. Because of what we did and how we presented the show, where we made everyone else the start we had a lot of interaction and talking. We spoke after every song with listeners and that’s not how it is now.” – JJ

“I find it great entertainment to tune in if I get a chance, most of the announcers today I getting away with things that had either JJ and I had done, we would go find Marty Mcfly and the doc, go back in time and kick our own asses for doing it.” – Rudy

Not mentioning any names specifically, both JJ and Rudy seem to think that the formats today are largely the same, just meaner. “Insult each other. Get people angry. Make fun of one another. Make fun of others, Not much thought into conversation,” says JJ. While both Rudy and JJ pioneered the Gotcha in Malaysia as well as other pranks, they claimed there was one key difference.

“We use to always laugh with the person not at them,” – Rudy

So what are these otais doing now? “I would mind driving for UBER too but my car is too old. I’ve been helping people out too, consulting on ideas or promos and marketing – Basically doing what I have done before only this time I’m not creating the ideas for myself. Oh and I still do emcee once in a while. Just did the Kancil Awards.” – JJ

“I believe in the process of things. We are never fully aware of what we have until it’s gone. But these moments are usually opportunities for us to learn and grow. I been able to focus on what’s important, which isn’t money, fame, success (contemporary view of Finances = wealth) but my relationships.”

So yea… they sound like life has quietened down somewhat since their Morning Crew days. However, they are adamant that the reason they’re starting their new Sunday shows at La Bodega aren’t for commercial reasons. The conversation apparently started after a random catchup phone conversation, which led to an FB post to ‘test market’  (Spoiler: the market said HECK YEA) and the rest is history.

“This is about JJ and I doing something we were damn good at, entertain and if we help our people while we at it and get some cash bonus. Both to haters and friends/fans – we work better with interaction because we broaden our minds when someone else shares their opinions. So join us! We’ll laugh, discuss serious things and laugh some more,” – Rudy

“We are just like we are in person, come hang out with us cause we missed you. I don’t have an outlet for my jokes these days, it’s just me standing in the shower laughing at my own jokes, boring, so please help me by helping you”

Miss that old laugh? Check em out every Sunday 5pm at LaBodega Bangsar, or live on Facebook here 🙂