Just look around you and you’re bound to find a restaurant serving up local favourites like nasi ayam, sambal udang and kari kambing. While the average Malaysian would go crazy for them, there are some others who don’t… like me. At least, not anymore.

But hold up – I’m not trying to marah you for eating meat. No, that’s not what this article is all about. Don’t close that tab just yet! 🙂

Two years ago, I made the personal choice of becoming a vegetarian. Now, you may wonder how crazy I would be for not indulging on the irresistible chicken rendang. I used to eat meat and thought that I would never be a full-time vegetarian.

But all that changed when I started having repulsive feelings towards meat. The first time I contemplated being a vegetarian, I was standing near the meat section in a hypermarket. The smell and sight there triggered a question in my mind: “Why am I even eating meat?”. The last resort was when I had a dream involving a live sparrow and a piece of fried chicken breast, which struck a chord within me: “What’s the difference between these two fellas?”. That was when I decided to swear off meat.

Luckily, for me, I started being a vegetarian on the first day of a nine-day Hindu festival, so I was able to ease into the lifestyle when my non-veg family members were being vegetarian during this holy festival. But after some time, I started facing some difficulties (which have nothing to do with meat cravings).

It’s very funny to still have struggles being a vegetarian in this country despite what the online sources say about Malaysia’s veg-friendliness. Vegan Food Quest claims that Malaysia is a “total paradise for the food-loving vegan traveller”. A study by Oliver’s Travels of the Global Vegetarian Index ranks Malaysia as the third most accommodative country to vegetarians.

But why am I still struggling?! 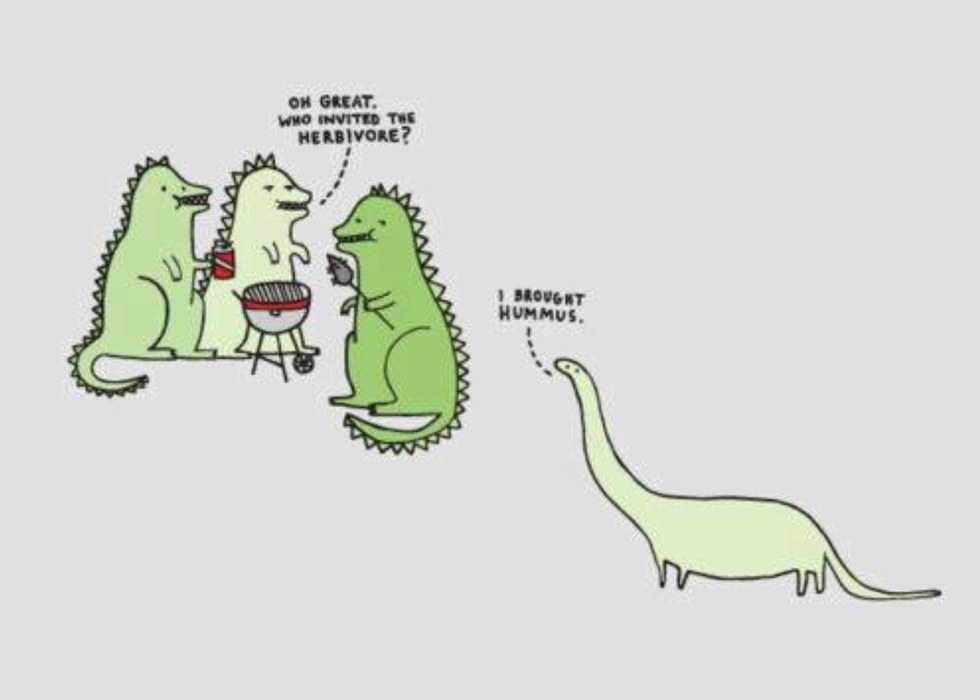 This is so relatable. (Image Source: The Odyssey)

1. People immediately jeling their eyes at me. 🙁

Well, not to my face thankfully. But you get what I mean.

I often get teased about my lifestyle choice. I find it so hard to make the omnivores understand my feelings about eating meat while trying to answer their ridiculous questions and put up with their remarks (like their attempts to confront me about crops “having feelings” and to suggest that I take up a pescetarian diet (consisting of plant-based food, dairy, eggs and seafood) just because the fishies “don’t feel anything”). 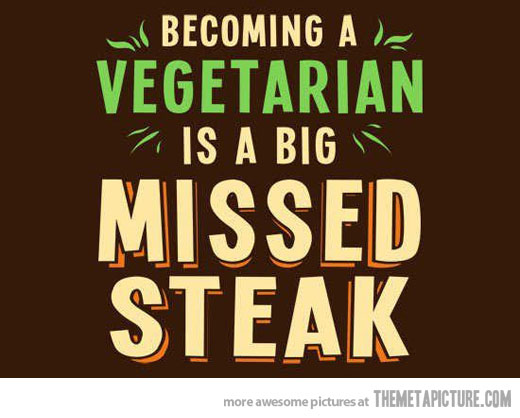 One of the many jokes the internet makes about vegetarians…. Well, I don’t miss steak. (Image Source: http://1.bp.blogspot.com)

My friend, the decision to become a vegetarian goes beyond the notion of “saving the animals”. There are several reasons to be a vegetarian. Besides ethical concerns, it can be for the health, for the environment, for religious and cultural beliefs, or just personal tastes.

But if you’re on Facebook or meme pages for long enough, you’d know that vegetarians are constantly made fun of. So why do I keep getting bullied? It could be because…

2. I’m surrounded by people who have the wrong idea about vegetarianism.

They don’t get it. I know of people who seem to think that we eat salad je. But we also makan fruits, kacang, rice, noodles, pasta, pizzas, burgers, idlis, thosais, puttus, paus, kuihs, cakes, ice cream, biscuits, sambal (without the ikan bilis and belacan, of course), fungi, and so on.

They also tend to misunderstand what constitutes a vegetarian diet. There are several types of vegetarianism (following levels): 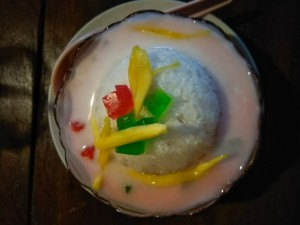 The Thai Red Ruby dessert is vegan, you know?

I’m not a vegan (I’m actually a lacto-vegetarian) in terms of my diet but I personally believe in avoiding the use of products that involve animal exploitation. There was once, my family and I were holidaying in Bandung, Indonesia and I told my dad that visiting the luwak coffee farm might not be a good idea due to uncertainty about how the civets are treated.

Further, some people tend to have misperceptions about the health impact of vegetarianism. They associate vegetarians with terms like “weak”, “skinny”, iron-deficient” and “sick”. They’re wrong. With the right proportions and combinations of nutrients from plant-based foods, vegan bodybuilders (remember, vegan EXCLUDES milk and eggs ah) like Natalie Matthews and Jon Venus prove that you do not have to compromise between health/physique, ethical and environmental concerns, and food enjoyment. In conjunction with World Vegetarian Day (1st October), The Sun (quoting AFP Relaxnews) listed five vegetarian foods that ensure that no nutrient gets left behind and they are soy, various vegetables, legumes, seeds and grains.

3. Because of all that, Deepavali can be a bit… pening.

You know that annoyed feeling you get when, at your family dinners, your relatives bug you with marital status statements like “You got boyfriend/girlfriend ah?”, “Go get married laaahh!”, “I know this one aunty with a daughter. I can ask her for you” and “Bila dapat anak?”?

I felt the same way when my peeps asked me why I became a vegetarian and made a lot of mean jokes about it. 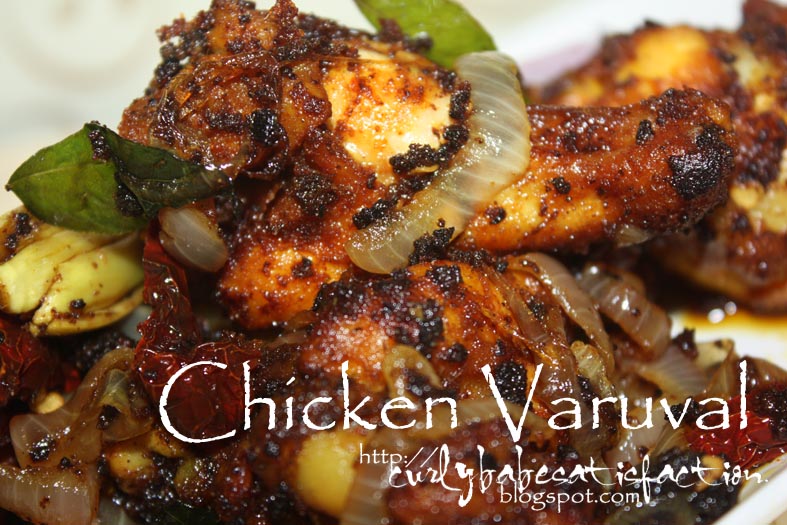 Sometimes, I have to quickly say “NO! I’m vegetarian!” to the people who almost put a scoop of meat dish like this one onto my plate. (Image Source: Curlybabe’s Satisfaction)

There are awkward moments when no one orders or cooks a vegetarian dish for you. Like that one time, the tofu dish came with little pieces of chicken in it. Or when grandma wanted kangkung BELACAN during a family dinner at a Thai restaurant and I couldn’t take it. Uh oh… 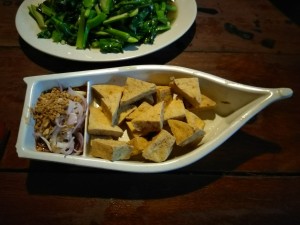 Sometimes, all I can get are kailan and tofu.

Since most non-veg people I know do not find vegetarianism appealing, it is so hard to convince them to go to an exclusively vegetarian or vegan restaurant that you really want to go to. So rather than them “making the adjustments”, it’s actually the vegetarian who has to deal with the limitations at the non-veg restaurant, which brings me to my next point.

4. It’s also not that easy to find a veg-friendly restaurant.

Like I mentioned at the start, Malaysia is the world’s third vege-friendliest country. But it’s surprising that as a vegetarian, I have difficulties looking for veg-options in mainstream restaurants. 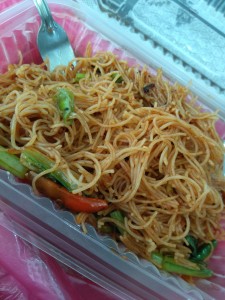 Sometimes, I have trouble explaining “vegetarian” to the local restaurant or stall vendors when ordering food. As I have mentioned earlier, not everyone has the same understanding of vegetarianism since there are different types. It was funny (but also frustrating) when I was once asked by a waitress if I eat fish after telling her that I’m a vegetarian.

Grace got it too. (Image Source: BuzzFeed)

Even if they do agree to do a veg Maggi goreng, their sense of innovation comes into question. 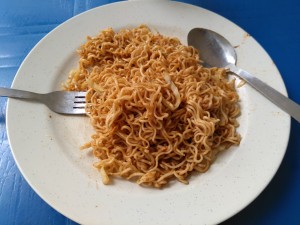 Where are the tofu cubes, mixed veggies and mushrooms? :'(

Subway Malaysia’s Veggie Delite is the only veg option served, which is just a Subway Sandwich with the usual veggies and without the protein-base. Where are the veg patties? Not here in Malaysia.

5. Speaking of innovation, where can I find the variety?

I noticed that there are always about 10 options for non-vegetarians in each section (chicken, seafood, beef etc) but 1 or 2 options for vegetarians. Generally, restaurants here seem to be very innovative with their meat dishes but not so innovative with the veg dishes. A 2012 study by Tourism Educators Association of Malaysia discovered that 86% of full-time vegetarians find that vegetarian food served in mainstream restaurants here are boring and tasteless due to the lack of veg options. 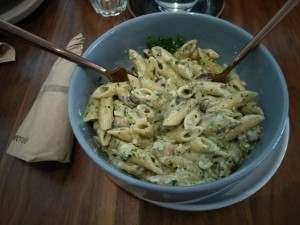 Yummy pesto pasta with mushrooms. That’s one of the three veg options in this restaurant. At least, they have options.

It’s hard to find the same kind of exciting variety of vegetarian and vegan food products (like vegan cheeses, vegan steaks, tofurky, veggie burgers, etc) as there are in the West like the USA, the UK, Italy etc. Here, we have lots of “mock meat”, but being vegetarian doesn’t just have to be about that. We can use mushrooms, chickpeas, olives, wholegrain, beans, sweet potatoes, jackfruit and lots more (the possibilities are infinite).

Touching on veganism in particular, why is vegan food so hard to find in mainstream Malaysian restaurants despite the proclaimed rise in veganism here? It could be due to less awareness of vegetarianism in general (much less for veganism) as concluded by Manimaran Subramaniam in his research paper. And when I say awareness, I mean awareness among those who create dishes as they traditionally are and assume that everyone is okay with having meat and animal by-products in their food, not those who already know about veganism and have a mission to share it.

These struggles may seem minor to you…

… but it’s these struggles that discourage non-vegetarians themselves from being open and welcoming to vegetarianism. Despite the hardship, I actually find vegetarianism very fulfilling. I have never regretted my decision and intend to continue with it for as long as I want (Perhaps, the only regret I’d have as a vegetarian is walking into a restaurant that refuses to cater to my diet).

If adopting this lifestyle appeals to you, you may wonder how you can take steps to embrace it. My personal recommendation to you would be to make gradual changes. You can start by being a reducetarian or flexitarian, and then, evolve to lacto-ovo-vegetarian, lacto-vegetarian or ovo-vegetarian and/or vegan. The Internet is full of guides you can use to find out how to cook veg food at home, how to be veg in certain places (like restaurants or travel destinations) and/or to search for veg-friendly countries to visit and indulge. Ultimately, it’s your choice, so do what works for you.

My hope for our society is that we become more accepting and considerate of each others’ differences and support one another.