Okay we all know that babies are so cute until your ovaries can explode, children are future leaders of the world and teenagers are, well, just plain annoying but it doesn’t mean that we don’t like ’em!! For some lucky people, they’re blessed with extremely fertile reproductive organs until can pop 3 babies at a time, twice a year, while some have it a lot tougher.

The subject of infertility is devastating for couples who desperately want to start a family and the causes can range from age, lifestyle, to diseases and conditions. Thankfully, technology has advanced to enable people to conceive via a variety of methods such as IVF, surrogacy and artificial insemination, just to name a few. 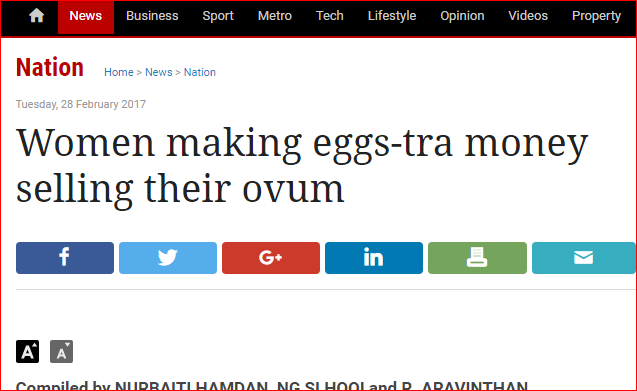 Most people are okay with these methods if they’re using their own genetics,but when it comes to donors’ contribution, that’s when the questions and dilemma come in. It might be widely accepted in the West but donating for fertility is still a taboo subject here in Asia.

Just recently, Malaysian women were reportedly selling their ovum to hospitals in the Klang Valley for RM3,000-RM8,000. It may sound like a lot of money for something women reproduce every month anyway, but the process of donating eggs is not quick and easy. Here are a few things egg donors have to go through before they err, create a baby in somebody else…

*Disclaimer: Actually, ovums CAN RUN OUT! Menopause happens when a woman’s ovaries run out of eggs.

Donating eggs is not as simple as donating sperm at all Ya, it’s not easy okay, and you humans crack my eggs like it’s nothing. Image from learnincubators.blogspot.my

Sigh, guys are lucky. All you have to do is just get turned on, get very very turned on and voila, you’re good to go. Girls, on the other hand, have to endure more hassle. Okay to be fair, both sexes have to go through the mandatory non-medical screening that checks their family background, physical appearance, and such, to qualify as a donor. A few other requirements for egg donors include:

After the first stage is done, there’s also the usual medical and genetic screening. If all goes well and the clinic deems the donor eligible, they will start matching the candidates with potential parents. Candidates can choose to either remain anonymous or to meet the parents, depending on both parties’ preferences.

After the green light is given for everything, donors will start taking medications by self-injection (yikess!) to stimulate the release of multiple eggs and to control their hormones. This is to ensure the synchronization of their menstrual cycle with the intended mother. Donor and intended mother have to match their menstrual cycles. Image from mochimag.com

As with any medication, there are bound to be side effects and short or long term impact on the donor’s health like abdominal swelling, tension and pressure in the ovarian area, mood swings, bruising at injection sites and temporary menopause-like symptoms. It’s extremely crucial for potential donors to be AWARE of all the health risks before deciding!

The egg retrieval procedure will then take place. It’s a short surgery called transvaginal ultrasound aspiration, whereby the physician uses a tube attached to an ultrasound probe and guides a suctioning needle into each ovary and removes mature eggs from the follicles. Some serious but unlikely side effects include infection, vaginal bleeding or lacerations, acute ovarian trauma,  major injury to the bladder, bowel, uterus, blood vessels or other pelvic structures and… infertility (wow, the irony).

We actually found a person named Kim who shared her experience of donating her ovum on makchic.com. You can read about it here, and just for spoilers, she said it wasn’t to bad an experience overall.

Wah, so much trouble. Should donors at least get compensation in return?

Here’s where the question of ethics comes in…

In the report by The Star, their lawyer source said that donating eggs in Malaysia is legal but accepting payment for it is not. Currently, there are no official policies to govern the field but it might change soon with the proposed Artificial Reproduction and Tissue Act. Parliament was supposed to discuss the Act early 2016, but until today we have no news of it. When we Google also, the Act is not found online.

What we found shocking is that some Malaysian donors are selling their eggs to HOSPITALS, so it’s not some kind of black market activity like selling kidneys online or something. A reporter had contacted a middleman through one of the donors (a 22-year-old) who said she got paid RM3,000, though the middleman had initially promised her RM4,500. It’s unclear whether the middleman is working for the hospital or not. It’s reported that some of the women are just college kids and they’re doing this to earn money. Some want to pay off debts or further their studies, while others want to buy branded bags or smartphones. 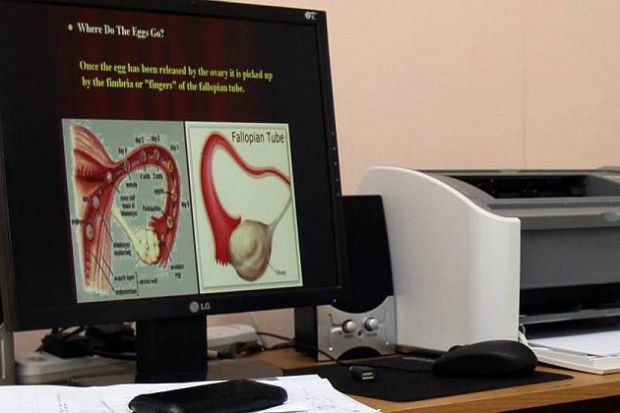 The proposed Act would also have addressed practices by unscrupulous parties, as in selling eggs or sperm. Laws differ in different countries. For example, eggs are allowed to be sold in the US, women in the UK can donate but are not permitted to receive financial compensation, while Austria rules that individuals can only use eggs or sperm donated by their own spouses for IVF.

There are two sides the ethical question of ‘selling’ eggs. Medical ethicists often question the quality of consent – for donors who get money, high financial incentives may provide pressure or coercion which hampers their ability to make clear, informed decisions. Plus, extracting a person’s eggs means the person has to undergo the risks of an invasive surgical procedure without clinical benefit to them.

On the other hand, people who are for it believe eggs are in constant supply (just like blood), coz your body can keep producing right, unlike a lung or a kidney. Also, some believe that it’s a way better option than baby selling. You see, if you give infertile moms eggs, they can give birth to their own baby, instead of buying an already born baby on the black market. Selling eggs could even be a deterrent to baby selling. Buying baby vs buying eggs… which is more unethical? Then again, some might say both.

But we guess most importantly, some people are genuine about donating eggs truly believe they are giving infertile couples the chance to experience the joys of parenthood. Er, do we?? Image from swengs.tumblr.com

Are ya’ll aware that our country’s fertility rate is declining, especially with Chinese couples? Malaysian Chinese birth rate only reached 1.4% as compared to the higher birth rate of the Malays at 2.6%. Obviously, nobody’s expecting modern women to pop babies out like our grandmothers did with their 12 kids and 52 chickens, but the declining fertility rate of our country is causing us to turn into an elderly nation as 15% of the population would be 65 years and above by year 2020.

Technically, urbanization is unavoidable with families needing double income to cari makan, more women are prioritizing their careers first, people prefer to get married later or stay single. All these has contributed to the national fertility rate decreasing as time progresses. And when couples get married later in life, their age will affect their fertility should they want to have kids by then. We imagine once Chinese people get a baby, everyone in the operating room will be like this

As a matter of fact, male infertility in the past 10 years had increased about 40 to 50% in the country, according to IVF specialist Dr Agilan Arjunan of the KL Fertility Centre. But fret not about our future babies as the Malaysian Society for Assisted Reproductive Technology (MSART) and Merck Serono have started a campaign back in 2015 called “Hope for a Child.” They aimed to raise awareness about infertility and to encourage couples who are struggling with infertility to consider IVF or receive proper medical advice.

“In Asia, with persisting social and personal barriers, low fertility awareness and limited access to treatment access, the figures are even lower. Globally, Asian fertility rates are at its lowest since the 1960s, and are lower than collective rates globally. In general, 1 in 10 couples grapple with some form of fertility issues. While there is no data available for Malaysia, it is estimated that about 800,000 couples have sub-fertility.” – Dr. Wong Pak Seng, Obstetrician & Gynaecologist and Fertility Specialist, The Rakyat Post

At the end of the day, it’s a question of ethical reasoning more than anything. Donors are always needed but what are one’s reasons for doing it? Is it solely for the money or are donors doing this to help someone build a family and give them so much joy in the long run? In a study posted on Stanford’s site, it was proven that women who donate for financial purposes are more likely to suffer from emotional harm and regret than women with altruistic motivation.

Ultimately, you decide what to do with your bodies, so long as you are aware of the medical, health and legal implications!