Recently, the Budget 2019 was announced, and you know what that means… Another Budget article! Yeayyy!

So this year’s budget is a bit different and special compared to all the other budgets that came before (*cough* mother of all budgets *cough*), because

For this article, we wondered how differently the new government will do their Budget to address all these issues, so we went into the Ministry of Finance’s archives and looked at the numbers from past budgets to look for trends. All the way back to 2010. All of them in different PDF files for different departments.

What we found out was…

1. The increase in this Budget is the highest within the past decade… by a LOT The heads correspond to the Minister of Finance in power.

So if you’re a regular reader of us (or the news in general), you’d notice all these statements about how the government needs to implement the SST because we don’t have enough money and the economy slowing down and how Malaysia needs to cut down on spending because of debt from the previous government and stuff. With all these, one would think that the 2019 Budget would be a slim one.

However, after looking at the numbers, we’ve found that 2019’s Budget is pretty bountiful at RM316.6 billion, and the jump from last year’s RM282.3 billion is actually the highest within the past decade, an increment of RM34.3 billion. That’s a huge jump, and the difference between that and the second biggest jump (from 2011 to 2012) is more than RM10 billion. Wah lao say dun have money all?!

But where is it going to? We’ve noticed that there have been some changes in the way the money had been allocated. For one thing, the Ministry of Education and Higher Education‘s budgets had been merged into one account, and the account for the Ministry of Energy, Green Technology and Water (KeTTHA) went missing (it was absorbed into another ministry, the MESTECC). Accounts for two new ministries sprung up, namely the Ministry of Economic Affairs and the Ministry of Entrepreneur Development.

But after comparing the various departments and ministries, one particular account pops out.

2. A certain category increased by a whopping 2330% Data shown as a percentage of their year’s overall budget.

That category would be the Allocation to Statutory Funds. Basically, this category is like the gomen setting aside its money for stuff like helping out with natural disasters, trust funds for sports or poor students, or other organizations or causes. But what cause is so great that the government poured in an extra RM37 billion this year, which you might notice as just a tiny bit more than the overall jump from last year?

We compared B12’s budget for this year and the previous year, and it seems that the culprit can be narrowed down to two items: a fund set up to pay back GST returns (RM18 billion) and another trust fund to pay income tax returns (RM19 billion). After a little digging in the news, it would seem that there had been previously been a shortage in the funds allocated to pay back excess taxes to the people. Despite the Inland Revenue Board (IRB) telling that to the previous government, they kinda sorta ignored the shortage, leading to excess taxes amounting some RM16 billion not paid back to taxpayers… for the past six years.

It’s amazing how no one did this yet to the IRB. Img from Photobucket.

As for GST returns, it’s pretty much the same story: the Customs Department, despite having requested funds from the trust fund to pay back excess GST, never received the full amount. As of May, the government still owes companies RM19.4 billion. To solve this problem (hopefully within the next year), the government took a special one-off dividend of RM30 billion from PETRONAS to pay back these people, which is another kettle of fish we talked about in another article.

So anyway, without the missing tax returns, the total budget amount for this year should be actually less than the previous year, but around the same amount. Does that mean that the budget for the other departments stayed pretty much the same? Oh, heavens, no. One department in particular took a huge hit.

3. The budget for the Prime Minister’s Department got reduced by more than half

If you’re particular with your numbers, the drop is about 42% from what it was before. And it’s kinda dramatic, too, because their funding never dropped this low in the past decade: The percentages are the portion from the total budget that year.

But why so much money? When he rose to power, the PMD got… bigger. In 2016, there were nine ministers and three deputy ministers, each overseeing a different matter (e.g. religion, law, SMEs), and the Prime Minister’s Office (PMO) was said to have a further 51 divisions under it. That’s a lot of power for one ministry, but recently the PMD had undergone some restructuring. Some agencies formerly under the PMD, like SUHAKAM, the MACC and the EC now report directly to the Parliament, and a number of other agencies were either placed under other ministries/departments or dissolved entirely, which may explain the sudden drop in budget. We want to Photoshop Mahathir’s face on this, but we sked. Img from Hcareers.

For example, while the projects involving the development of the Five Corridors and Southern Johor (RM895.7 million and RM132.5 million in 2018, respectively) went missing from the PMD’s 2019 Budget, they were far from cancelled. The allocation can be found under the Treasury’s development budget (P10), and the amounts were substantially increased to RM1.22 billion for the Five Corridors project, and RM277.3 million for Southern Johor Development. Maybe that’s why the Treasury’s budget doubled this year. As for the accounts remaining under the PMD, some of them were reduced…

…other projects got their funding doubled.

So did the big cut in the PMD’s budget mean big savings, or just an accounting maneuver? We’re too lazy to draw conclusions, but speaking of moving allocations around…

4. The defence budget finally fell lower than the budget for home affairs Just in case you can’t tell the difference, the Ministry of Defence (MoD) is the ministry that’s responsible for the armed forces (army, navy and air force) while the Ministry of Home Affairs (MoHA) deals with more internal affairs, like the police, immigration, registry, press/film control, and a host of other things. With that out of the way, this year the budget for the Ministry of Defence kinda… tanked. 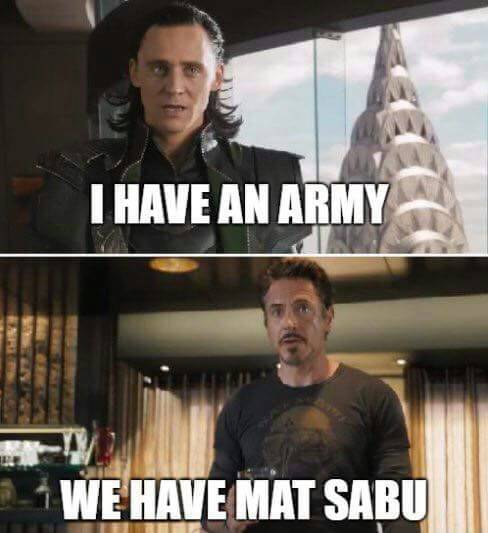 MoD’s budget is the third highest-cut budget for 2019, right behind the Prime Minister’s Department and Treasury General Services, dropping from RM15.86 billion to RM13.91 billion, a difference of about RM1.9 billion. Interestingly, the big cut comes from operational costs (particularly costs related to supplies, services and assets) instead of development costs.

The budget for the Ministry of Home Affairs, on the other hand, did a switcheroo with MoD’s budget, rising to RM15.65 billion from RM13.8 billion, a difference of RM1.8 billion. A huge portion of this increase is due to the government allocating a little over RM1 billion for repairs and renovations of Royal Malaysian Police branches in every state, but shifting of responsibilities is another factor, too. The responsibility for the Malaysian Coast Guard (APMM) recently shifted from the National Security Council (NSC, under the Prime Minister’s Department) to MOHA, and along with it an allocation of RM469.2 million. ESSCOM (Eastern Sabah Security Command) was also moved under MOHA, although the budget for that isn’t as much at RM74.5 million.

There were other interesting trends to look at, but actually…

The figures we used for this article are based on each year’s expenditure estimates. However, the actual amounts spent are much higher, due to the tabling of Supplementary Bills. Basically, if the government need more money than what they planned for in the budget, they can ask the Parliament to give them more money through Supplementary Bills, and lately it had been common practice to table that Bill once or twice a year.

And the amount can be substantial, too. Remember the budget graph for Statutory Funds allocation we showed you earlier? Here’s how much of a difference it makes to the Statutory Funds for the same period: The amount stated in the budget (blue) vs the amount after more money got poured in (red).

Some had said that this practice of tabling Supplementary Bills is unhealthy, as it shows the government’s tendency to overspend and lack of fiscal discipline. Just as it will be hard to entrust your fries to that one friend who always say they’ll just have one bite of your food but always end up leaving only crumbs for you, it will hard for investors and the people to entrust their money to a government who can’t stick to a budget as well. Despite that, Dr Mahathir, the Prime Minister had recently revealed that the government already has plans to table a supplementary supply bill after the 2019 budget takes effect.

But that’s just supplementary allocations. A comprehensive document on the government’s debts are also lacking… heck, according to the Open Budget Index (an international index that scores the quality of each country’s budget documents) in 2015, Malaysia only publishes 5 out of 8 necessary categories of budget documents each year, and even then some the documents published had been lacking in details needed to shed light on Malaysia’s actual financial situation.

The documents we’ve referred to for this article is underlined red. Img from IDEAS.

And of course, there’s the problem of efficiency in using the budgeted money. No matter how much money you pour into developing a certain sector, if it’s not managed wisely and put where it matters the most, the sector will remain undeveloped. With allegations of missing funds, controversial dividends and a mountain of debt to handle, we’d say that the government is whitewater rafting with only one paddle.

And we thought since we’re all on the same raft, so it’s good to know which direction we’re paddling 🙂