For the past couple of weeks, headlines on your Facebook or Twitter feed have probably been focused on the Bersih rallies (you can read some here btw). But a headline you probably missed was this:

Okay so maybe not that exciting laa like every year also got budget right? But here’s the kicker: half of the state budget (RM707.6 million or 48.7%!!!) is going to the Chief Minister’s Office and State Secretariat! That’s over 4 times the amount of money allocated to these departments in 2016!

*Not actual images of the Chief Minister’s Office. GIF from Pandawhale

And it’s even stranger considering that Penang never seems to finish all the budget money it asks for…?

“Why ask for a high amount when you don’t actually use the money?” – Shah Headan Ayoob Hussain Shah (BN-Teluk Bahang)

Since the announcement of the 2017 Penang Budget by Lim Guan Eng, the decision to allocate so much money into his own office has definitely raised more than just a couple of eyebrows. This is mainly because there’s this HUUUUUUGE portion of the RM707 million allocated (RM609 million) going to the Penang Development Corporation (PDC). The PDC is supposed to then use that money to buy and develop land in Seberang Perai.

So uh, how?! Is there really something fishy going on as claimed by BN, or is this a genuine attempt at improving the lives of Penangites by the state government? Like, it wasn’t too long ago that the Opposition themselves were making a big deal about the Federal Government’s 2017 Budget, so it would be kinda awkward if they get caught out in Penang right now.

So… let’s find out where all that Penang money is going!

Now, RM707.6 million (48.7% of the RM1.45 billion tabled) is going to the Chief Minister’s Office and State Secretariat. Lim Guan Eng states that this is because RM609 million of that money is being loaned to the Penang Development Corporation for them to acquire land in Seberang Perai and build a land bank.

So what exactly is this Penang Development Corporation? 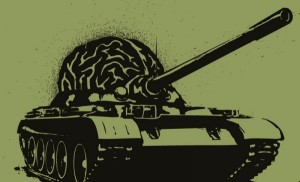 According to its website, it is tasked with “the responsibility of spearheading socio-economic growth, creating employment and improving the quality of life of the people of Penang” and acts as a government think tank. The Chief Minister of Penang is the chairman of the board of the PDC and its core areas revolve around property, entrepreneurship and tourism in Penang.

On top of that, the Penang Water Supply Corporation is set to receive a loan of RM30 million, while  other major amounts that make up the RM707 million going to Lim Guan Eng’s office include:

RM609 million going to the…. quieter half of Penang? See that potential for development?! View of Seberang Perai. Pic from Malay Mail

When people say Penang, they seldom mean Seberang Perai. Eeeeveryone wants to go to Batu Feringghi laa, Gurney Drive laa… they actually forget there’s a bigger side of Penang on the other side of the bridge.

In fact, BN politicians have in the past complained that Lim’s government have neglected the mainland as well (cos most of the seats they won are in the mainland). So it’s kinda strange that some BN leaders have spoken up against the new budget… since it seems to be going to their areas. Perhaps that and recent data showing that mainland Penang property prices are going up much faster than the island, where prices have stagnated cos they already so expensive adi. Long story short… PDC wants to develop the mainland to help the property market grow 🙂

“Through the funds to the offices, we aim to acquire more land in Seberang Perai as it is our next centre of growth. Through a loan extended to PDC, we could build our land bank there,” – Penang Chief Minister Lim Guan Eng in Free Malaysia Today

Also, Guan Eng has been planning this for a while. Late in 2015, he announced the opening of an online poll for Penangites to gauge interest in the development and project in South Seberang Perai on 15 December 2015. During the online poll launch event, he also gave a speech about how it was important together with the Second Penang Bridge to form a development corridor.

Why didn’t you hear about this poll? Well maybe because sadly as far as we can tell, only 11 people took it 🙁.

As far as Seberang Perai’s potential goes, Joshua Woo, the special officer to Bukit Mertajam MP Steven Sim (DAP), wrote in the Penang Monthly about some of the other plans the state government has. Among them are…

So why are BN flers compaining? (they may have a point) 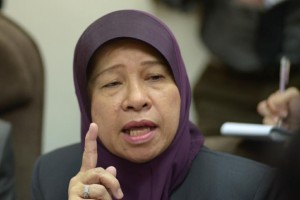 Lim Guan Eng received a lot of flak when he announced the budget such as Datuk Shah Headan Ayoob Hussain Shah who’s questioning if the Penang government was properly utilising their budgets  and Jahara Hamid’s accusation that he’s ‘cooking the books’ by – in very simple terms – shifting money between the PDC and the state’s bank accounts  in order to show profit:

“Today, the state government increases the allocation and at the end of the year it will say: ‘Look, we have increased our revenue.’ The people will have forgotten that this is a loan repayment. This is a manipulation of figures,” – BN State leader Jahara Hamid in Free Malaysia Today.

Kinda like loaning money to a friend, and him repaying you by buying something from your online store instead. And then during the recent Penang assembly, he was questioned about it by many of the BN reps, with Pulau Betong rep Datuk Muhammad Farid Saad demanding that if Lim Guan Eng can’t name the details of the loan to PDC, the Public Accounts Committee – basically the same people who are investigating 1MDB – should take a look at it.

Also, Gerakan has voiced concerns about the Penang Development Corporation that is receiving most of this budget has issues of its own… particularly with the sale of an Island. But don’t worry, it’s not Penang Island laa. The island in question is Pulau Jerejak, a small island just off Penang Island. The Penang state government was accused of selling off their ownership of Pulau Jerejak to UDA Holdings for development, despite passing an enactment that called for 80 per cent of Pulau Jerejak to be gazetted as permanent forest reserve in 2007.

We would have loved to provide additional info and some expert analysis on this sale alone, but despite numerous emails and phone calls, other than Joshua Woo no one else would reply our inquiries, perhaps due to the sensitive nature of the topic. However, you can read more on how the whole drama started here, and Lim Guan Eng’s response here.

Still, it’s nice to know that this is how democracy should work. Just like how the federal govt is kept accountable by the Opposition, the opposite is true in an Opposition run state like Penang – BN keeps Pakatan in check.

But don’t just leave it to politicians la…

Regardless of your opinion, Penangites should make themselves heard Right now, the verdict on the budget is still unknown. If the allegations are true, then the ones who would be cheated would be Penangites; however if the development is as good as it sounds, the ones who stand to gain the most are the Penangites as well. There should also be some mention that those of us here in Kuala Lumpur or indeed other cities may not understand the political culture and outlook that those in Penang might have.

While landsale of Penang’s islands and the vageuness of how the budget is to be allocated are a concern, Penang’s financial history (at least according to their books) has been pretty good. In 2014, the Auditor General’s report on Penang recommended ‘that the state government maintained the performance of increased revenue and prudent spending to sustain its good financial position‘. Penang also had the highest growth rate for per capita gross domestic product (GDP) in 2014-2015 according to Lim Guan Eng.

Having said that, it’s worrying how few people we could get to comment on this topic of Penang’s budget. So if you’re as interested as we are, do write to your MP/ADUN to demand for clarifications to this budget. One good thing is that the Penang Government does seem to take efforts to find out what the people want. But that ONLY works if people take an effort to make their concerns heard.

So the next time LGE launches an online poll on their official website, hopefully they can get more than 11 people to vote for it 🙂

Oh, and don’t forget about this when the budget is tabled for 2018. Why not set a reminder to read this article again around November 2017 🙂

Share this article:
NAH, BACA:
Haiz, is KILLING dogs the only way to stop rabies in Malaysia? [UPDATE]