For those who’ve done stand-up comedy before (good God, not this writer k?), you’ll know that it’s one of the hardest things to be EXPECTED to make people laugh. However, what can sometimes help is a good audience that encourages you.

However, Dr. Jason Leong recently posted something about his fellow Malaysian comedian Douglas Lim, when he saw how Douglas dealt with a badly promoted show way back in 2012 – with an audience of 4 people. Take a look: Yes you’re not seeing the picture wrong. His show actually had no audience on that day. And no one would begrudge him for simply cancelling the show, but instead, what he did inspires Dr. Jason Leong to this day.

The most badly promoted comedy show in Malaysian history.

Stand-up comedy is really picking up in Malaysia, but still, some people aren’t aware of how to sell it to the right audience. Douglas was approached by a friend to do some stand-up in a 3-day event held over the weekend. 9 shows were scheduled to happen and we all would think, OK so here’s one of Malaysia’s top comedians, surely a lot of people would show up.

“I took the photo right after I opened for him at a gig that was so poorly promoted, literally NOBODY showed up. I mean, ZERO PEOPLE bought tickets. NADA, ZILCH, ZIP, KOSONG, MEI YOU, ELEK, NOBODY.” – Dr. Jason Leong

And when he arrived at the event, he found out that apparently those who wanted to attend his show had to pay for the main event first and then only for his show. So that would mean paying extra even if you wanted to just watch the comedy. And adding on to that, it wasn’t really clear where people could purchase the passes.

So both Jason and Douglas arrived at an empty hall. At that point, Douglas turned to Jason and said something to him that he hasn’t forgotten to this day.

“Jason, today’s show has zero attendance. So, for this show, we GO ALL OUT.” – Douglas Lim

Douglas pulled the sound, lighting guy and usher in, to make an audience of three, and Jason recalled that he did his 7 minute opening, and “performed like it was Royal Albert Hall. I just didn’t give a ****.” Then Douglas went on, and did the same, for the three guys and then another surprise.

A random guy walks into the almost empty hall

“Till today, I wonder what made him enter a dark room with one guy telling jokes to 3 people in a room built for 200 and decided, ‘Yup, I am gonna stay for this’.” – Dr. Jason Leong

A random guy walks into the room. Douglas welcomes him in, points to him and asks him what kinda joke he wants. “Chicken Rice”, was the guy’s answer. And so Douglas gave him a joke about Chicken Rice.

Douglas stays till the end of his promised one-hour set, the audience of four claps, and the show ends.

And not only that, but he did the same thing for 3 days

So throughout the entire 3 days, the audience turnout was really low and the most they got were only 15 people out of 200 seats.

“I remember if I walked in and only 3 people I would just walk out and not make it awkward for the performer.I gave them the choice, “do you wanna hear stories?” And they paid for the show. If they had said ‘no lah it’s ok’ then maybe I would’ve cancelled the show lah” – Douglas Lim

Other times, he would just get the sound or tech guys to sit down. And what made him do that was because the show was his responsibility.

“I have a job to do. I gave them a choice ‘do you wanna hear stories?. If the audience said they wanted to go back then I would’ve cancelled the show. If I was an audience member and enter a hall like this (with only a few people) I would’ve walked out and not make it awkward for the performer” – Douglas Lim.

And at the end of it all, after seeing that the event itself wasn’t doing really well, Douglas told the organizers that they didn’t need to pay him.

Corporate gigs pay the bills for comedians, but there’s nothing like an audience that’s there to laugh.

All things said, Douglas is probably one of the bravest comedians in town. He’s even done an entire 30 minute set in BM, even though he has zero fanbase there, and it’s obviously not his 2nd language.

While corporate events pay well (sometimes even in the 4-5 figures!), performing in corporate events didn’t seem like the right place for stand-up because people go there to meet and talk with friends or their bosses and not watch stand-up. “Back then all the shows we did were mostly corporate shows, they didn’t buy tickets to watch. They were there to mingle with their bosses talk with friends. AS a comedian it pays the bill but you don’t get the satisfaction when people pay to watch me. Some jokes you cant do at corporate settings but in the theatre people pay to watch jokes and laugh” – Douglas Lim to CILISOS.

So in 2009, Douglas started the the Malaysian Association of Chinese Comedians (MACC). The MACC was a way to actually be able to perform at a place where people actually pay money to watch them. Also with an audience that knows they are there to watch stand-up, Douglas can tryout or experiment with new jokes on the stage itself. The MACC also has other comedians in it like Phoon Chi Ho, Kuah Jen Han and Jason Leong who all write their jokes together and try them out on stage.

But even with their own platform for doing stand-up, they still don’t gain a lot of attention because stand-up isn’t a big thing in Malaysia anyway. It is only most popular in the KL/PJ area as Jenhan put it in his Facebook post. Previously, MACC did manage to gain attention and grew their audience numbers because of help from TimeOutKL who could promote them on “Comedy Thursdays“. But after Comedy Thursdays had stopped, MACC lost their main source of publicity.

“Here there’s an over dependency on brand loyalty. SO they would go to MACC shows and watch but they never heard of crackhouse. Or if they knew Crackhouse, then they wouldn’t know Douglas Lim” – quote by Phoon Chi Ho, comedian from MACC 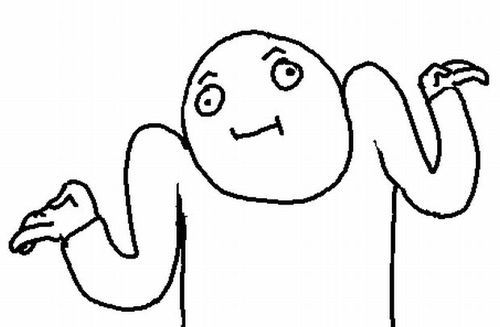 In Penang, Chi Ho had told us how they have tried going there to encourage people to just get up on stage and try doing stand-up since that was also how they started out in KL. Places such as Johor, KK and Kuching have already started building their comedy scene, so the chances of a repeat of this 2012 incident are slim.

But if it does happen, then now you comedians know how to deal with it like a badass.