For most of us in Malaysia, we probably know at least two languages, which are Malay and English, while some non-Malays would also sometimes know whatever out mother tongue is, be it Tamil, Chinese or anything else. You might think that it’s already quite a hassle to know two or three languages, but did you know that there are over almost 7,000 distinct languages out there in this world?

And believe it or not, one of the newest languages to join that prestigious club comes from Malaysia.

The language, called Jedek, was found by linguists who were studying a group of Orang Asli in northern Kelantan. Now we’re not cunning linguists or master debaters, so we don’t know how to speak Jedek. That being said, it’s still a pretty amazing language, especially when you consider that…. The village where Jedek can be found heard. Image from NPR

So the story of the Jedek language starts off in a little village near Sungai Rual, somewhere near Jeli, Kelantan. The Orang Asli who live there are the Semang people, and usually, Semang people speak languages such as Batek, Lanoh, Jahai and Mendriq. Indeed, because of that, this village by Sungai Rual has actually been researched before by anthropologists, but none of them ever realised that, compared to other Semang villages throughout Malaysia, they’ve been speaking a completely different language this whole time!

Well, someone did figure that out laa in the end, except this time it was a couple of linguists from the Sweden’s Lund University, Joanne Yager and Niclas Burenhult. During a survey carried out by the Swedish researchers, they were probably like ‘wait a minute, this sounds nothing like the other Semang people’. However if you and your friends make a secret language code for y’all, then we cannot guarantee that counts as an actual language laa heh.

Now this specific community of Semang people were actually various groups of foragers and hunter gatherers around the middle Pergau river. They were then all resettled into the area of Sungai Rual in the govt-sponsored resettlement program in the 1970s, and remain there until today.

“Jedek is not a language spoken by an unknown tribe in the jungle, as you would perhaps imagine, but in a village previously studied by anthropologists. As linguists, we had a different set of questions and found something that the anthropologists missed,” – Joanne Yager, as quoted by The Smithsonian A map detailing where the Jedek speakers are among the Semang population. Image from Linguistic Typology

So now that you know the super simplified version of how Jedek was discovered, what about how to speak it? Well unfortunately no one in the Cilisos office can speak Jedek or are even of Semang descent, altho we can provide you with some of translations that we got from the research paper on the Jedek language.

For instance, ‘Those two men there’ becomes ‘Wih dwaʔ tm a kal ton’. Meanwhile, ‘Those two are sitting and talking, on a table’ translates into ‘Wih ŋik-ŋɔk wih cil-cɔl, ʔatɛs mejə’ (try saying that three times). But if you wanna hear the language, you can play the video below to hear some of the villagers speaking in Jedek:

Now with less than 300 people speaking Jedek, you might be thinking that it’s a dying language. But in reality, that’s not likely to happen as the Semang people’s languages were never spoken by many anyway, but continue to relatively thrive until today as they often ensure that the younger ones in the Semang community learn the language.

In fact, some researchers estimate that there were actually less speakers of Jedek around forty years ago! It appears as tho the govt resettlement of the Semang people together with better healthcare meant an increase in population leading to an increase in Jedek speakers.

“It’s always been quite a small language because the groups have been small and quite mobile. Children still learn the language, which is really great for the future prognosis of the language,” – Yager, as quoted by NPR

However, the most interesting part about is that Jedek is perhaps that it doesn’t have words for things like ownership or stealing and buying or selling, but at the same time have an abundance of terms for sharing and exchanging. And this oddity can actually be explained once you start looking more into the Semang people who speak Jedek.

No one let the commies know about Jedek.

The Semang were until recently nomadic people, but the govt resettlement programs means that many of the Semang people now live in Malay wooden houses like a traditional kampung. They are often listed as ‘Negrito’ people, altho that term if you can’t tell has a racial context to it, as Negrito is Spanish for ‘little negro’. They are also sometimes called ‘Sakai’, but that’s actually a derogatory term, so if your friend still insults people during DOTA 2 by calling them ‘sakai’, then it’s probably time to stop laa. 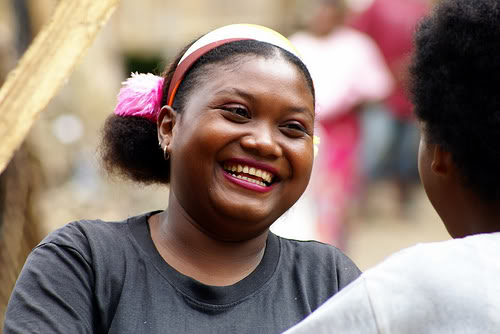 On top of that, Geoffrey Benjamin, an academic from Nanyang Technogical University, writes that these types of formerly nomadic tribes have developed a way of rejecting being governed by others, maintaining their traditional way of life. This also brings about it a very egalitarian and equal society. There’s also no real violence or fighting among community members, while the elders often tell the younger ones to not compete with one another.

Furthermore, the Semang people who speak Jedek also don’t have ‘real’ jobs, but instead pretty much everyone learns how to survive as a hunter-gatherer. You can see this in their language, which as mentioned earlier, lacks terms for ownership but has plenty of words for sharing. There are also no true Jedek words for jobs and professions or terms for courts of law. It’s pretty wild to think that societies like these that are so different from our fast-paced city life exists so close to home.

“There are so many ways to be human, but all too often our own modern and mainly urban societies are used as the yardstick for what is universally human. We have so much to learn, not least about ourselves, from the largely undocumented and endangered linguistic and cultural riches that are out there,” – Niclas Burenhult, linguist, as quoted by Science Daily The Semang village with Jedek speakers. Image from Sci News

It’s perhaps time to remind you guys that Jedek is just one of various languages that the Semang people speak, and they’re quite proud and positive over it too. However, Jedek isn’t currently recognised in Malaysia, and the village where Jedek is spoken is still listed under ‘Jahai’ speakers according to our govt. Furthermore, the researchers who found Jedek also had something to say about how everyday Malaysians treat Orang Asli.

“While attitudes of Jedek speakers toward their language variety are generally positive, the attitude of Malaysia’s majority population toward indigenous groups is typically ignorant or dismissive, and at times hostile,” – Yager and Burenhult, linguists, from their research paper

In fact, that’s just the tip of the ice of the iceberg when it comes to the condition of the Orang Asli community here in Malaysia. For example, the Orang Asli remain some of the poorest people in Malaysia. Then there was also the case of the missing Orang Asli kids in 2015. That incident also saw the Depart­ment of Orang Asli Development (Jakoa) accused of mistreating families of the victims. This is on top of other cases of everyday racism which some Orang Asli members have pointed out.

“A friend of mine from Kelantan shared a video where this ustaz says ‘don’t be stupid like the Orang Asli. This saddens me, and I don’t want this to continue. I want Malaysians to stop insulting us Orang Asli,” – Rahman, an orang asli, in 2017, as quoted by Free Malaysia Today

In a time where many have hopeful optimism for a new Malaysia, it’s perhaps time to remember that beyond your typical Pendidikan Moral example of Ali, Ah Chong and Muthu, there’s also others who were born and bred in Malaysia – just like you.