Local football fans haven’t had much to shout about for, well, decades. Our national football team are currently ranked at 154 in the world standings, putting us behind footballing giants such as Eswatini, Afghanistan, and New Caledonia. *Sarcasm*. Also, hands up if you had to Google ‘New Caledonia’ too. Pretty place, though. Image from: World Politics Review

To give a picture of how bad it’s (still) going, we recently got knocked out of the AFF Cup group stages by neighbors Indonesia (4-1), are now currently without a coach after Tan Cheng Hoe resigned from the post, and as a result, have been forced to send our under-23s instead of the senior squad for FIFA friendlies.

But our current PM Ismail Sabri seems to have the right idea on how to fix things, after he said that we should emulate the youth football systems of Chelsea FC and Vietnam:

“I believe grassroots development is crucial, building professionalism is crucial and failing to plan is planning to fail.” – Ismail Sabri

So what is it about these two teams’ setups that so impressed our PM? We take a closer look… 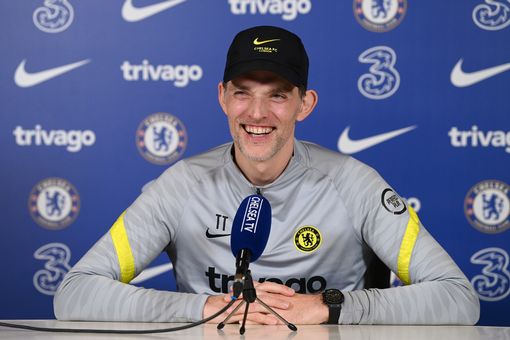 “We shall steal ALL the youth!” Image from: Darren Walsh/Getty Images

And when you look at their track record, it isn’t hard to see why: in the past 10 years, Chelsea Youth have won 7 FA Youth Cups, 2 UEFA Youth Cups, 2 Under-18 Premier Leagues, and have contributed a large number of players to multiple Youth World Cup winning England teams.

The reason for this success is thanks to massive investments by billionaire Russian owner Roman Abramovich, who poured funds into hiring the best youth specialist staff, as well as into Chelsea’s Cobham training ground. In fact, Chelsea’s academy even puts their players on full-time education programs to produce well-rounded players. Roman’s so rich that he’s even got a bulletproof armored yacht with a built-in missile defense system, cos why not? Image from: Julien Hubert/Luxuo

Chelsea also emphasizes fast-tracking the transition from youth to senior teams, most notably through their loan system. And don’t think that youth players loaned out are simply hung out to dry; their loan department boasts two coaches, a dedicated physio, a dedicated strength and conditioning coach, and a sports psychologist.

“We’re quite lucky. You never feel like you’re left out in the dark. You always feel like if you perform well, people will see it.” – Jamal Blackman, Los Angeles FC goalkeeper and 8-time Chelsea loanee

Given that the successes at youth level have translated to the senior team, with multiple youth graduates playing a pivotal role in their recent Champions League winning side, it’s safe to say that Chelsea’s cash-splurging has paid off. Well done, Roman.

Meanwhile, how do Vietnam’s setup compare, and what have they done to warrant such praise from our PM? Well…

More known for badminton, Southeast Asia doesn’t really have much of a footballing reputation; the last time a Southeast Asian team made the World Cup was Indonesia in 1938. But if any one SEA nation is gonna change that in the future, Vietnam (ranked 98 in the FIFA rankings; the highest in SEA) looks a likely candidate. Vietnam hoisting the 2018 AFF Cup after beating Malaysia 1-0 in the 2nd leg of the final (3-2 on aggregate). Image from: VineExpress

It has been said that football is not just a sport in Vietnam, but a huge part of their national identity. As such, they have some of the most passionate fans in Asia; their fans are known to turn out in droves for both senior and youth games, and have even smuggled food into the team hotel for the players.

Vietnam’s rise in the region can be traced back to their Hoang Anh Gia Lai Academy (their first football academy), founded in 2007 in partnership with Arsenal FC, French football school JMG Academy, and Vietnamese conglomerate Hoang Anh Gia Lai. Here, players train 5 hours a day, and, like at Chelsea, are provided top-tier academic education. On top of that, players get to live in swanky villas and stand the chance to eventually play for a V.League team.

Since then, other private academies have sprouted up, such as the Promotion Fund of Vietnamese Football Talent (PVF) Football Academy, which hired Manchester United legend Ryan Giggs as its football director, and were awarded top-3 status in Asia. In fact, many of their players have made it to the senior national side. Best Asian Player nominee Nguyen Quang Hai, a product of Vietnam’s youth system, and widely considered to be the greatest Viet player of his generation. Image from: news.zing.vn

Vietnam’s success has also been attributed to the shrewd signing of South Korean coach Park Hang-seo, who was assistant manager for the South Korean national team in their 4th place 2002 FIFA World Cup run. But Park was quick to redirect the praise back onto his players:

Under Park, Vietnam broke France’s record of longest active unbeaten streak in 2018. But despite their strong showing in regional tournaments, it doesn’t look good for their World Cup hopes; they’re currently bottom of their World Cup Qualifying group after losing 6 games in a row. With that being said, it’s the first time they’ve made it to the final round of qualifying, so hats off to them.

TL;DR, best in SEA, no World Cup this year maybe, but not impossible in the near future.

Is Malaysian football getting too much funds for too little results?

Given our national side’s consistently lackluster performances, it’s not hard to see why there was an uproar over the recent RM10 million allocation for the Football Association of Malaysia (FAM), especially given that we had to release a large number of our athletes from other sports:

And what’s worse is that our footballing scene keeps getting attention for all the wrong reasons: in 2019, the M-League actually had the most cases of unpaid salaries in Asia. Which of course begs the question: where was all the football money going?

On the bright side, FAM recently hired a new technical director, Scott O’Donnell, who plans to leave Malaysian football in a better shape than when he found it:

There are no quick fixes or shortcuts in football development. We need to engage with all the stakeholders and work in the same direction.” – Scott O’Donnell

Honestly, we can’t say for sure if O’Donnell’s (and our) dream will materialize, nor can we say if the RM10 million will guarantee results. So we’ll just approach the future with cautious optimism, but still hope for the best.