Chinese New Year’s coming up and we’ve been hearing familiar ads and all. But more importantly, everyone’s getting ready to… huat ah!!!!!

So, you ever watched the movie trilogy ‘God of Gamblers‘? Where in the movie when they open card that time the Chinese tension music play like damn loud, and then the bets all quite crazy wan (family fortune, chopping off arms, chopping off heads, the usual stuff). Well it seems that Malaysia has it’s very own gambling maestro and yes the story as it is, is pretty darn dramatic (although as far as we know, no lost limbs).

How do we know about him? Well, our very Home Minister, Dato’ Seri Dr. Ahmad Zahid Hamidi, made him news by telling the FBI (the people that arrested him) that he’s not someone they should be arresting.

Paul Phua? Never heard of him.

How much are you willing to bet during a game of Black Jack or Chor Dai Di? 1 figure numbers? 2 figure? Well Paul Phua isn’t your average Genting uncle playing the slots kind of gambler, he’s actually a high-roller gambler and they go up to five or six figures. Just for perspective we’ll just throw it out there that one game could probably get you enough money for a house, a car, or both. One game ah, not 10 games.

Here’s a video of him in action. Just check out that pot.

But what about him? Why has his name been making waves across newspapers? What does he have to do with the Home Minister, Dato’ Seri Zahid Hamidi? What is it about this story that has gotten leaders from PKR, DAP, PAS, heck, even Perkasa to voice their concerns about the situation (and when was the last time those 4 got mentioned in one sentence???). Perkasa you know!

1. Paul Phua and his son were arrested for heading an illegal gambling business in Las Vegas

He’s currently being investigated by the FBI on charges of transmitting illegal wagering information and operating an illegal gambling business in Las Vegas during the last FIFA World Cup. Also he’s been long suspected as being a high-ranking official of the 14K, the second largest triad in the world thus making his arrest all the more significant in the eyes of the FBI . If you’ve not heard about it, click here for 5 things to give you a better idea of the whole gambling case.

Of the 8 people that have been arrested for the gambling operation, only Phua and his son will be going to trial; 5 have pleaded guilty to the charge of transmitting illegal wagering information, while the last person had the charges dropped against him. His defence? Procedural errors by the FBI that led to his arrest. It was reported that the FBI jumped the gun in obtaining evidence (they pretended to be cable guys to enter Phua’s apartment to obtain evidence for a warrant when procedure requires a warrant before being allowed to search a premise for evidence).

This is making it hard to prove any wrongdoing on Phua’s part because there was wrongdoing on the FBI’s part as well and thus will be the basis for Phua and his son’s defence.

In more recent filings, lawyers have also said that the government claimed that Paul Phua and fellow defendant Richard Yong were members of the 14K Triad, one of the world’s largest criminal organizations, without much actual evidence to back up that claim. But what “flimsy” evidence they did have was used to help convince a federal judge to allow the raid that led to their arrest. – Paul Phua’s defence lawyers as quoted from casino.org

And while he is Malaysian, all this had been going on in the USA which really wouldn’t be something of immense concern here.

Now the reason the story is so big in Malaysia is because this happened. The Home Minister of Malaysia, Dato’ Seri Zahid Hamidi wrote a letter to Mark Giuliano, deputy director of the US Federal Bureau of Investigation (that is, the FBI) to inform them that Paul Phua is NOT a member of the 14K triad. While also saying that….

Mr Phua has, on numerous occassions, assisted the Government of Malaysia on projects affecting our national security and accordingly we continue to call upon him to assist us from time to time and as such we are eager for him to return to Malaysia. – Dato’ Seri Zahid Hamidi Assisting with national security projects worrr. Quite cool right? But what’s got everyone so worked up is that the Home Minister’s claim actually contradicted a previous report by the Royal Malaysia Police (PDRM) in 2008 that stated that Paul Phua was in fact, a member of the triad. It was later mentioned by an UMNO lawyer, Tan Sri Muhammad Shafee Abdullah, that Dato’ Seri Zahid Hamidi was not vouching for Paul Phua and that the letter to the FBI was to clarify that there was an error by the PDRM.

So what we have is a guy who moves with the bad guys but is being vouched for by the gomen so he might actually be the good guy and now that he’s caught the gomen needs to go save him. That really just sounds like the plot of some James Bond movie, all it needs now is some cool action scenes. And Eva Green. 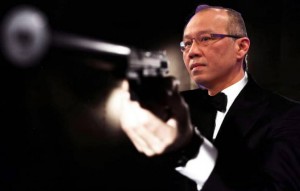 The name is Phua, Paul Phua.

Seriously this just raises a number of questions doesn’t it? We don’t really care who it is but IF someone is arrested by the FBI, THEN our gomen goes and says he’s actually helping with national security and thus should be released, can you really blame anyone for being curious of who he is? Well, we got curious too.

3. He is from Sarawak, Malaysia but bets big money in Macau

Though we couldn’t find anything that specifically talked about his Sarawak roots, they are mentioned in in various news articles such as here, here and here. But he isn’t someone you would bump into in Malaysia because he’s based in Macau, which is well known for, you know, gambling. No surprises there.

How well is he known over there? Well it’s been reported that this guy is a legend in the gambling world and and has made millions over there. He is also well known among the gambling circles of Macau and is also frequently involved in high-stakes games over there, be it as organiser or player.. How high are we talking about? Well aside from the earlier video that already shows him playing to a pot of close to 1 million USD, here are some other clips of his endeavours.

Don’t understand the video? Here’s a news piece of one the competitions he won. Look at the prize money at the end. Pound Sterling ah, not even USD or Euro. Now that is stuff you don’t see every Chinese New Year.

So far it still looks pretty straightforward where a guy from Malaysia is just really talented at what he does and has gone on to greener pastures but wait, it gets a lot more interesting.

4. He was the ambassador of San Marino to Montenegro for 3 years

Something that we found really fascinating when researching this topic was finding out that aside from all that’s already been going on with him, he’s also done some ambassadorial work. Get this though, he wasn’t a Malaysian ambassador but an ambassador for San Marino to Montenegro (he has a diplomatic passport from San Marino). San Marino you know. That country that always gets beaten 8-0 by England or France in football. If you’re a football fan you would have heard of this country at least once.

It has been reported that he was appointed as a non-resident ambassador to Montenegro on February 1, 2011 which basically means he is the ambassador to a country but does not necessarily reside in that particular country. How and why San Marino made him an ambassador is still something we at CILISOS could not find out though, so if you have heard anything about this please let us know.

5. He is so elusive that the former IGP doesn’t know about him

Even if he is the Malaysian god of gamblers, he is also apparently very elusive. Maybe too elusive. The former Inspector General of Police (IGP), Tan Sri Musa Bin Tan Sri Hj. Hassan, has claimed to have no knowledge about him. That’s a pretty fine job of staying hidden from the top cop in the country especially if your name appeared in a report that was published while he was still the top cop (Tan Sri Musa Hassan served as IGP from 2006-2010, the report came out in 2008). 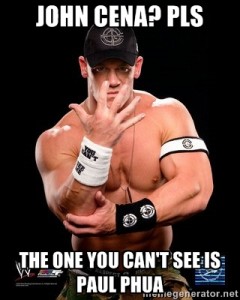 Just in case you were wondering, this is what our current IGP has to say about the situation. Not much help there as well.

6. Paul Phua’s case is a call to accountability

In all honesty, this whole Paul Phua story is not about who he is as much as it is about the need for our leaders to be accountable for their actions. You know this matter is important to the country when not only are opposition leaders demanding an explantion but Perkasa as well (just another link here if you still don’t believe us)! The reason the whole story blew up in the first place was because of the secrecy of the Home Minister and the inaccuracies of different governmental representatives on the same matter.

It’s a big matter, it really is, because we want to know that the gomen is not playing around with national security matters and that they won’t just continue to keep silent and wait until we’ve forgotten all about it (as we so often have). So yea, we just gonna keep askin, and askin, and askin and hopefully one day we wouldn’t need to ask because they’ll just tell us on their own!….

But until then why not watch some ‘God of Gamblers’ movies.

[UPDATE] The FBI’s case against Paul Phua has been dismissed

And just like a very dramatic ending to a ‘God of Gamblers’ movie, Paul Phua walks away a free man with his private jet.

Evidence against Paul Phua’s illegal betting ring was thrown out by a US judge because the FBI gathered the evidence without regard to Paul Phua’s constitutional protection. In other words, they didn’t have a warrant (they cut off Paul Phua’s internet and posed as repairmen to enter his hotel suite). The US court judge then ordered that the US gomen give back his passport and private jet.

What the heck la. He walks away free not by proving his innocence but by the judge to tell the FBI they messed up. Then they give back his passport and he flies off his in private jet.

Maybe he is the Malaysian ‘God of Gamblers’ after all.