[This article was originally published in December 2019.]

Mention the name Hang Tuah and you may remember him from our Sejarah textbook, movies or theater like this: But in case you’re like super young or something and dunno who he is, Hang Tuah was a warrior who lived during the reign of the then Sultan Melaka, Sultan Mansur Shah sometime in the fifteenth century. He was also said to be one of the most powerful admirals (laksamana) of the Sultan at that time.

Despite that, everyone thought Hang Tuah was dead and this includes his best friends, one of them being Hang Jebat. Upset by the Sultan’s injustice towards Hang Tuah, Hang Jebat ran amok in the palace. The Sultan, who saw this, kinda regretted his decision to execute Hang Tuah because he was the only one who could actually stop Hang Jebat (read: kill Hang Jebat). In the story, thousands of men died trying to execute Hang Jebat.

Long story short, Hang Tuah ‘came back from the dead’, and executed Hang Jebat, who was pretty much shocked to see his bff alive, upon the Sultan’s order. The story ended with Hang Tuah being hailed as the hero of the story (we’ll explain more on this in a bit).

The real hero of the story might actually be… Hang Jebat!

Well, at least, according to author, poet and politician in the early days of Malaya and later Malaysia, Kassim Ahmad. Kassim, who was vocal on his views about socialism which later led to his arrest under the Internal Security Act in the 70s, was known for several of his controversial works. One of them was the Characterisation in Hang Tuah where he analysed the characters in the Hikayat Hang Tuah.

And, based on this analysis, he pretty much concluded that Hang Jebat was the real hero of the story.

“Essentially he (Hang Jebat) is a rebel, a revolutioner, a man whose ideas are too radical for his own times. He is, in truth, a hero of another age.” – Kassim in his thesis. 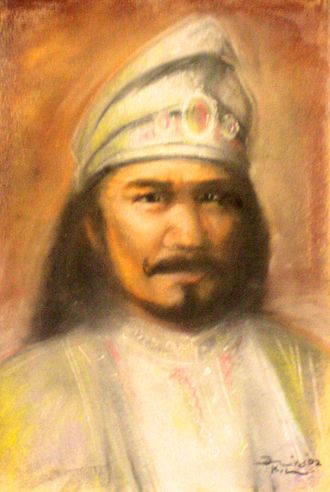 But before we get deeper into that, let’s take a look at why Hang Tuah was hailed as the hero all this while. And to do that, we gotta take a time machine to when the Malay community were still practicing feudalism.

On the other hand, Hang Jebat was seen as a traitor because he wasn’t loyal to the Sultan. In fact, when he was given the Paduka Raja title, he allegedly went on a killing spree in the palace that had somewhat caused the Sultan to back off to the Bendahara’s house. He caused chaos to the kingdom which was why the Sultan had ordered Hang Tuah to execute him.

If Hang Jebat is that awful of a person, then why did Kassim claimed that he is the real hero?

Answer: Kassim analysed this story from the twentieth century point of view when our society became more democratic.

When you see it from this point of view, you may see how Hang Tuah was blindly following the Sultan’s order without questioning or even considering whether it was the right thing to do. You’d also see Hang Jebat’s good traits despite what he did at the end of the story. According to Kassim’s analysis, some of them are…

And, based on another study called ‘Matinya Seorang Pahlawan – Hang Jebat‘, Hang Jebat also stood up for the rakyat’s rights against a cruel leader. From a democratic point of view, it may make sense why the modern generation are the ones who would normally hail Hang Jebat as the real hero of this story.

NAH, BACA:
[QUIZ] Can you guess what Malaysian students nowadays carry in their bags?

Although Kassim personally favours Hang Jebat, he also pointed out in his thesis that…

There are NO actual heroes in the legend of Hang Tuah

“In our opinion, viewed objectively, this story has no hero. Obviously Tuah is heroic; and Jebat is heroic too. But each perform his heroism from a post slightly off the central position which is the hero’s own.” – Kassim in his thesis.

Okay, okay, we know how confusing this sounds but basically, according to Kassim both Hang Tuah and Hang Jebat are heroes to two extreme ends. And both characters resemble two different ideologies.

Hang Tuah is said to resemble the adoption of the traditional ideology where people generally have no say in the decision making of a nation.

Hang Jebat, on the other hand, is said to resemble the new democratic ideology where people can defend their rights from the authority if they feel that the authority is being unfair or cruel towards them. So the fatal confrontation between Hang Tuah and Hang Jebat was to apparently show social conflict.

These characters are called culture heroes – mythological heroes to some groups, be it culturally or ethnically – rather than national epic heroes. And unlike other national heroes like King Arthur, Kassim pointed out that both characters also fulfill the criteria of a national hero. Some of the characteristics of a national epic hero are someone who’s a noble birth, has superhuman capabilities, cultural legend and a vast traveler, among other characteristics. 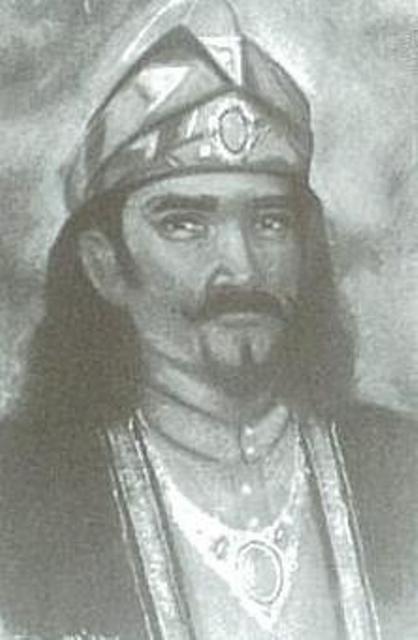 But like we mentioned earlier, Kassim looked at the Hikayat Hang Tuah from the twentieth century point of view. There are arguments that this view is a bit unfair considering how the story was set back in the 15th century where democracy was a foreign concept to the society at that time.

And since both characters are deemed as culture heroes, it may make sense why some believe that Hang Tuah and Hang Jebat are purely fictional. But…

Hang Tuah and Hang Jebat are real people based on documents written by… Da Vinci!?

It may make sense why he said that considering how these characters are made to sound a bit unbelievable with their super-human and mystical powers.

“The story has been made (so) flowery that the real essence of the figure is lost. He (Hang Tuah) has been glorified too much that he became mystical or legendary.” – Prof Datuk Dr Yusoff Hashim, vice-chancellor of the Malacca Islamic University College (KUIM) told The Star. In fact, when you look at the history of the Hikayat Hang Tuah, you’d find that it’s actually a story inspired by real characters from the Malay Annals. Yusoff pointed out that Hang Tuah’s name was mentioned in 19 out of 28 chapters of the Malay Annals. Kassim also added that these characters have been modified and assumed a few artistic life of their own in the Hikayat.

And if you still have doubts on whether these characters are real or not, researchers from Universiti Putra Malaysia apparently found that they are… through a document called Notes of Leonardo Da Vinci written by… Da Vinci himself!?

“In that note, Da Vinci wrote ‘I drew a vehicle after meeting up with the rich people of Malacca’ and the words afterwards weren’t really clear whether it mentioned laksamana or Hang Tuah.” – Excerpt from Harian Metro.

But this may be a story for another day la.

At the end of the day, you may wanna look at Hikayat Hang Tuah from a bigger perspective. This is because, according to political scientist and historian Dr Farish A. Noor, Hang Tuah played a role in shaping the political and social consciousness in Malaysia. Farish mentioned that this itself more important than any arguments about the Hikayat.

“He is powerful in the sense that people turn to myths on how to live out their lives as there are certain models of behaviour. There are debates on who is the real hero Hang Tuah or Hang Jebat for instance.” – Farish told The Star.