For many of us who’ve gone through the government school system, the words “Maka kami, Rakyat Malaysia…” would bring back memories of those Monday morning perhimpunans.

While most of us just know it as something that we needed to memorize and mumble out so the prefects won’t report us to the teacher, the Rukunegara (National Principles) is actually meant to be kinda like a 5-point manifesto to summarize what it means to be a good Malaysian. While providing decoration for the back of the Buku Latihan. Image from Tsabri.

While most people (like the ones we asked at the CILISOS office) might think that the Rukunegara was part of the 1957 Merdeka Starter Pack™ that included the National Anthem and the Federal Constitution, it actually came about because of a different Malaysian historical event that took place in 1969 – The May 13 racial riots.

But this article really isn’t about the Rukunegara. Instead, it’s about how the long-defunct committee that created it might be revived to be harder, better, faster, stronger than it was 40+ years ago. Before we get ahead of ourselves, let’s start a quick history lesson…

The National Operations Council, formed after the May 13 riots. Image from Wikimedia Commons.

After the May 13 incident, Malaysia went into a state of Emergency (Darurat) which -among other things- caused the Parliament to be suspended indefinitely. The democratically-elected government was replaced by a “temporary government” called the National Operations Council (NOC) that was tasked to restore order to the country, and to come up with ways to prevent another May 13 from happening. Although Tunku Abdul Rahman was still Prime Minister at the time, the NOC was actually led by Deputy Prime Minister Tun Razak – who later became our second Prime Minister and also the father of current PM Najib Razak.

According to the book Malaysia: The Making of a Nation, Tun Razak was in a position to become a dictator – he was in charge of a group that Tunku Abdul Rahman himself said had more power than the elected Cabinet Government, with no expiration date. But he didn’t. Instead, he led the NOC by consensus (Click here for NOC members), and formed a sub-committee to specifically look into improving racial relations called the National Consultative Council (NCC). The NCC included people from various political, religious, economic, and racial backgrounds… except DAP:

“Opposition leaders from PAS, Gerakan, and the PPP accepted their appointments, but the DAP chose to stay out in protest at the continued detention of its secretary-general, Lim Kit Siang.” – Cheah Boon Kheng, as quoted from Malaysia: The Making of a Nation, pg. 132.

As the country stabilized, Parliamentary rule was restored and the NOC (along with the NCC) was dissolved in 1971. But during the 3 years they were around, the NCC became known for coming up with two things that have impacted Malaysian life to this day – The Rukunegara and the New Economic Policy (NEP). In theory, the Rukunegara was supposed to reinforce the ideal Malaysian identity while the NEP equalized the economic gap between the races. With their powers combined, we would summon the hero that Malaysia desperately needed – National Harmony. Or at least that was the plan la. So this all leads us to the point of this article, which is…

Now Tun Razak’s son wants to bring back the NCC

Apparently, a bunch of really smart/influential/rich people have arrived at a conclusion that the multicultural melting pot that we’re so proud of advertising is coming really close to becoming a multicultural melting point. To prevent that from happening, Tun Razak’s son is trying to revive the National Consultative Council in order to save Malaysia “before it’s too late”.

But no, it’s not Najib Razak…

…But his brother Nazir Razak 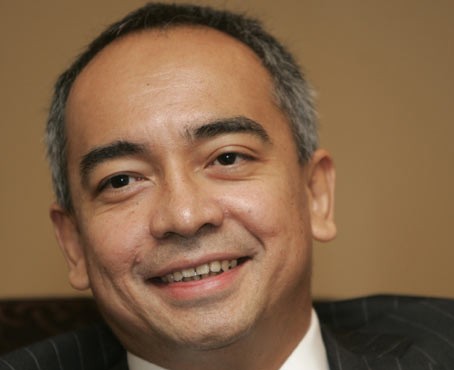 In a speech he gave at the Khazanah Megatrends Forum back in October 2015, Nazir Razak (who is also CIMB Group Chairman) first proposed the idea of a second NCC, in light of the problems Malaysia was facing.

“I believe that just as in the post-13 May era, we are now facing a national challenge. … We urgently need a new social and economic re-engineering program to suit today’s challenges and for today’s Malaysians. My humble suggestion is this: the time is ripe for the setting up of a council similar to the NCC. Let’s call it the National Consultative Council 2 or NCC2.” – Nazir Razak, as quoted by The Star.

Much like the original NCC, the NCC2 would go even further to include representatives from all walks of Malaysian life; the only criteria being that they placed the well-being of Malaysia’s future above all else. Together they would discuss what Nazir calls “critical issues” such as Electoral reforms, the Social Contract, and government integrity in order to come up with honest reports and practical solutions. In order to keep the NCC2 independent and (presumably) give it a little more influence, Nazir proposed that it should be set up under the Conference of Rulers.

NAH, BACA:
In 1998, Malaysia dropped a Proton Wira onto the North Pole. The car survived.

It has been argued that the NCC2 is needed to serve as a middleman between our polarized political parties – where MPs are voting based on instructions from their parties, and where the government is seen to be reluctant to accept any proposals from the Opposition because it can be seen as kowtowing to their demands. The idea has also gained support from various organizations and personalities, such as Air Asia’s Tony Fernandes, who asked where he could send his CV to be a part of it.

So… why isn’t the NCC2 around yet? In September last year, Nazir renewed his call for the NCC2 on Instagram, saying that he was “feeling desperate” and asked people to seriously consider his idea. But that isn’t to say that he’s being ignored – the NCC2 idea has actually generated quite a bit of discussion from people who support and oppose the idea. In fact, Minister in the PM’s Department Joseph Kurup said that they were seriously considering making the NCC2 permanent by passing a law through Parliament:

We don’t want to simply establish a council and then maybe [it dissolves]. … We want it to be an Act of Parliament, which is now in the works…we are aggressively studying this in our discussions with stakeholders and NGOs.” – Tan Sri Joseph Kurup, as quoted by The Malay Mail Online.

While it seems that the NCC2 would be great for Malaysia, some people have pointed out that it might actually be dangerous in the long run. Political commentator Raja Petra Kamarudin has noted that the NCC2 may end up being some sort of shadow government – a group of elites making the actual decisions regardless of who we vote as Prime Minister or the ruling government:

“Nazir did not seem to realise what he was proposing. He was actually proposing a take-over of the government where power would shift from the hands of the four branches of government (the Executive, Legislature, Judiciary and Monarchy) into the hands of a government-within-a-government. It is almost like having a military government.” – Raja Petra Kamaruddin, as quoted from Malaysia Today.

Prominent banker and smart guy Dr. Munir Majid agreed with Nazir Razak’s objectives, but also had some reservations with the NCC2 undermining an elected government, saying that it would be better to re-look into the policies that we’ve put in place (such as the NEP) and examine how far we’ve terserong from them and fix those instead:

“[We] already know what the main problems are that we have to resolve. Do we want to run the whole course again? Open up wounds rather than work immediately to heal them? – Tan Sri Dr. Munir Majid, as quoted from The Star.

There are way too many arguments to list down in this one article, so we recommend that you click on the links to read their full arguments, including this one from activist and ex-DAP MP Kua Kia Soong.

But the original NCC didn’t work, so why would the NCC2 be any better? Our office fire insurance won’t be able to cover the flames we’d be getting if we even suggested the idea that the Rukunegara or the NEP have resulted in better racial relations today. However, we also have to remember that hindsight is 20/20, and the better argument would be that these policies were what the country needed at the time. In fact, Lim Kit Siang praised the Rukunegara when it was first announced. As for the NEP, one major problem pointed out by economist Prof. Woo Wing Thye is that even Tun Razak recognized that the plan was dangerous if it continued beyond its 20-year timeframe:

Do you know why? Because they recognised it is emergency room medicine, so it can be used in the short-run, but in the long run, it’ll divide the country,” – Prof. Woo Wing Thye, as quoted by The Malay Mail Online.

We’d like to draw a parallel to Philippine President Rodrigo Duterte, who introduced his super-hardcore stance against crime which includes killing drug dealers on the street without trial. While it earned a lot of criticism from human rights groups, his policies and leadership has received the support of many Filipinos (83% in September 2016) – because he managed to do what previous leaders only talked about. Again, while this might be considered extreme, many Filipinos see it as something that needed to be done to improve the country at this current point in time.

So, it’d be pretty fair to say that we all want Malaysia to progress further as a nation, but the question is if you think the NCC2 is the way towards that goal at this point in time. Let us know in the poll below!