So recently we came across this article from The Malaysian Insider.

It tells the story of a band of brothers who once believed in their leaders. But as time passed and the pleas of their people went unanswered, they took matters into their own hands. It wasn’t easy but they overcame their adversity together. Sounds like some cool movie plot right? Okay now for the actual summary of the story. An Iban longhouse decided that it was gonna build its own road and power generator (!)

The Pelepok longhouse in Sarawak decided that they had waited long enough. After numerous promises of a road and electric supply were left unfulfilled, they started voting for the opposition. According to the article, this led to them losing out on what little they were already being provided with.

Enter the Unjie brothers; Adam, Angut and Lungan. These 3 brothers were able to help out the other families in their longhouse by providing from their own pepper and oil palm orchards. Over time, they even managed to collect enough money to build a road from their longhouse to the nearest town. But they didn’t stop there. The people of the longhouse eventually started to build their own mini-hydro system (!!) to give them their own electricity. From right, 2 of the Unjie brothers, Lungan and Adam Unjie with another resident of the Pelepok longhouse. Photo credit to The Malaysian Insider.

It’s an inspiring story. Let’s not take anything away from that. But what does this tell us about the state of Sarawak?

1. Proper roads have been delayed for years in Sarawak

If you’ve read the story you would know that one main thing that the longhouse kept waiting for was a road. Not roads ah, but road. One. Road. So all this while, they literally have no roads. They had to collect money on their own to built a road, and not even a proper one at that. But in their words, it’s better than nothing.

“Although it is a rutted, pock-marked dirt road that is only accessible by a four-wheeled drive vehicle, it is better than having to trek five hours through steep hills and jungle to reach Betong.” – As quoted by The Malaysian Insider.

This isn’t an isolated incident too. The issue of roads in Sarawak, or a lack of it, is something that has been brought up by various people. In 2012, the Auditor-General’s report stated that road construction projects in Sarawak were behind schedule and lacking in safety standards. Political party, PAS, last year also asked why did Sarawak continue to have so many haphazard roads when billions of ringgit are allocated to road repairs every year. One of the haphazard roads in Sarawak. Photo credit to The Star.

2. Many people in Sarawak don’t have access to electricity

This too, is no one off incident. Electricity problems have plagued Sarawak for a while now. According to this article, 30 percent of the rural areas of Sarawak have no electricity as compared to 0.5 percent in Peninsular Malaysia.

That’s quite funny in a sad way la especially since some of the biggest Malaysian hydroelectric dams are located in Sarawak. The Bakun dam for instance, which is the largest hydroelectric dam in Malaysia. Sorry we couldn’t help it. Original image from sarawakreport.org

Oh and the dams we were talking about, we found an article that dates back to 1986 that talks about how another dam in Sarawak, the Batang Ai dam, displaced 3000 people. Quite sad la, you need electricity, gomen build hydroelectric dam, but you forced to move house. Then almost 30 years later, still no electricity.

3. Sarawakians have to vote ‘correctly’ or be denied assistance from the government

The story about the Pelepok longhouse also talks about how after they stopped supporting the government, they were blacklisted. It was harder for them to obtain stuff like fertiliser and seeds for planting. If not for the Unjie brothers, they would have not been able to move forward. So in other words, the people of Sarawak have to ‘undi pihak yang betul’ because if salah then they habis lah.

But why is this so? Why are the people dependent of the government for aid?

According to an article by The Malaysian Insider, PKR secretary-general Datuk Saifuddin Nasution says this is because the people of Sarawak (and in this article, Sabah too) are poor. This then leads them to support the government because of the handouts they receive. The article even goes on to say that this is the govenment’s main weapon in keeping Sarawak and Sabah in their hands, “You help me, I help you.”

Take this video for example. In it, Prime Minister Dato’ Seri Najib Razak tells the people of Sibu that if they voted for the Barisan National candidate for the 2010 Sibu by-election, he would give them RM5 million to resolve their flood problems.

Should he not be helping them regardless? And that also begs the question of why are the people of Sarawak poor? Well that brings us to our next point.

4. Sarawak is possibly one of the richest states in Malaysia, but the people are very poor.

This may not be explicitly stated in the Pelepok story but one major thing we found wrong in Sarawak was that it is one of the wealthiest states in Malaysia but its people remain in need. If bad roads and unstable electricity wasn’t bad enough, let us look at why many people in Sarawak still remain poor despite Sarawak being fairly wealthy.

As we looked into the economic situation of the states in Malaysia, we found that in terms of GDP per capita (which basically is the GDP divided by the number of people in an area, for a better explanation of what GDP per capita is, click here), Sarawak is ranked 3rd highest in Malaysia after KL and Labuan (ahead of Penang and even Selangor). As GDP per capita can also be referred to as income per capita, one can assume that the average household income of Sarawak to be RM40k per year. This however, has been disputed by an assemblyman in Sarawak by the name of Chong Chieng Jen in a Free Malaysia Today article.

“The reported figure of RM41,000 income per capita would imply this family income per household would then be RM164,000 per annum. This is not possible.” –Kota Sentosa assemblyman, Chong Chieng Jen, as quoted by Free Malaysia Today 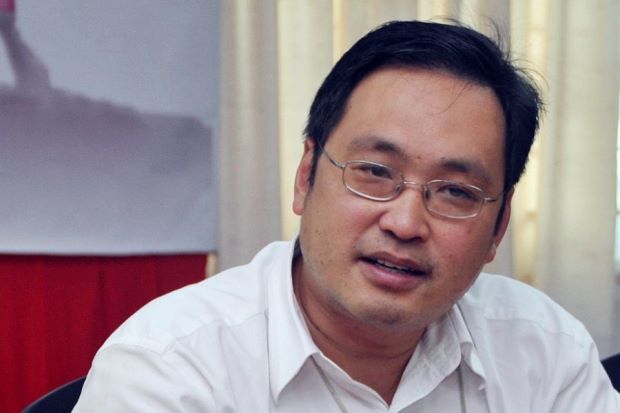 We believe that he meant that if the GDP per capita was RM41k, a household with maybe 2-3 working people would have a lot higher income than that. But that is not the case as he goes on to say that the annual household income in Sarawak for 2012 was only RM50k. We went to the Economic Planning Unit’s website and they too showed that the average household income per month in Sarawak was RM4.2k which added up to close to RM50k a year.

How then can these two different figures add up? Well this is what he had to say.

“The only explanation is that the bulk of income is only in the hands of less than one percent of the population.” – Kota Sentosa assemblyman, Chong Chieng Jen, as quoted by Free Malaysia Today

Now we know that GDP isn’t a perfect indicator of the standard of living, but it still should raise some concerns that despite a higher GDP per capita than say, Selangor, Sarawak still has a pretty high percentage of people living below the poverty line as compared to other states in Malaysia (3rd highest after Sabah & Labuan and Kelantan who have a much lower GDP per capita than Sarawak).*

Clicking on the image leads to the original document on the Economic Planning Unit’s website.

*We recommend reading another article of ours which has a section on how the poverty line may be flawed and thus possibly much higher than it actually is.

So it very well could be as assemblyman Chong said. Despite statistics showing that Sarawak has a better economy than many states in Malaysia, there is a huge disparity between its rich and poor. Why ah?

One possible answer is nepotism – which is just a word for cronyism sekeluarga. A very, very big keluarga. And the video below talks about how the former Chief Minister of Sarawak, Taib Mahmud, is involved.

5. Many Sarawakians still don’t know that they need not fear their rulers

Towards the end of the article, the story on the Pelepok longhouse says this.

“If given the chance, many longhouses would want such as a project (mini-hydro system). But they are scared of angering of the BN because they would be cooperating with an NGO and PKR.” – Sarawak PKR information chief, Vernon Aji Kedit, as quoted by The Malaysian Insider.

In an article on MalaysiaKini, BERSIH says that threats of taking away services and rights are a form of political violence. That such threats only serve to create an atmosphere of “fear, threats, and violence.” And that doesn’t just apply to Sarawak but the rest of the country as well, that we learn to detect such instances and not give in to fear.

Yes. This is what the movie was trying to tell you, not to wear the mask at rave party for no discernible reason.

That is why what the people of the Pelepok longhouse did was so commendable. They had a problem, they moved to fix it, even if it was at the expense of angering certain people. And that in itself is a solution, that they inspire other villages and longhouses to do the same.

“There are all these young Ibans from surrounding villages who see what we’re doing. They are starting to believe that they too can do this on their own. That they don’t have to depend on the government.” – Adam Unjie, as quoted by The Malaysian Insider

Things are changing in Sarawak

Recently there were reports of an UMNO leader saying that Sabah and Sarawak will remain as fixed deposits for Barisan National. But the story of the Pelepok longhouse is actually just one of many examples of the people of Sarawak standing up to demand for basic amenities they should rightfully have.

We found reports of people standing up to demand better results in terms of infrastructure. This article talks about how people from 4 villages were demanding the authorities work faster to fix a collapsed bridge. Or this article, where the DAP managed to construct a road at a tenth of the price the government estimated it to be and called them out on it. And at a recent Labour Day celebration in Kucing, our Prime Minister was even booed by the crowd when he talked about GST.

There has also been progress in terms of the deforestation in Sarawak (which we talked about here) where Sarawak’s current Chief Minister, Tan Sri Adenam Satem, pledged to not allow anymore additional timber and palm oil projects in Sarawak, which had been under scrutiny from the public for a long time. A map explaining the condition of forests in Sabah and Sarawak. Hmmm maybe this is where the road budgets went to. Image credit to mongabay.com

So yea, things been happening in Sarawak ugaizzz. But more so than that, one little Iban longhouse shows us that change is possible, when a few inspired people decide to stop relying on politics altogether and to do what needs to be done.

In an ideal scenario they shouldn’t have to, but it’s inspiring to the rest of us to know that they can.