[Ed’s note: This article was originally published with the headline ‘Seriously, what will Bersih 4.0 achieve?’ on 18th August 2015 in time for Bersih 4. Since Bersih 5 is coming up on Saturday 19th November 2016, we’ve decided to republish this story with minor updates.]

To most Malaysians nowadays, Bersih almost always comes to mind whenever the words “rally” or “street protest” are mentioned; and for good reason – they’ve been responsible for some of the largest public rallies that have taken place in the country in the past decade.

The three Bersih rallies so far have attracted anywhere from 10,000 (police estimates for the first Bersih) to 300,000 (Bersih’s own estimates for Bersih 3) participants in Malaysia alone, not including protestors from more than 35 countries around the world. It’s also made some people in Putrajaya highly wary of the color yellow. What happens when you don’t have enough Pokéballs. Image from The New Paper.

So with the current political climate being as stable as a match falling into a tong of gasoline, Bersih announced a new rally scheduled to take place  on Saturday, 19th November 2016. (updated)

But before you go all “Support Bersih! Love Malaysia!” and stuff, try answering this question:

What are the three demands of Bersih?

If you’re having difficulty answering that question, then you need to ask yourself why you’re attending it in the first place because answers like “I’m doing it for the good of the country, that all the reason I need,” while admirable, just won’t cut it. And we’ll tell you why.

Oh and by the way, trick question. There are actually 5 demands.

Why you shouldn’t have high expectations

We’re not saying this is the majority, but one thing that we’ve noticed from social media comments as well as conversations with friends is that there seems to be expectations that a rally would automagically bring about change – and the bigger the rally, the higher the chances that this change would happen. And when these changes don’t happen, people get disillusioned and either ask that Bersih does something other than organize rallies,

Or they just drop out altogether.

We hate to break it to you, but the normal outcome for any rally or protest is that nothing happens.

There are a whole lotta reasons for this, but we’ll be citing three that are the most relevant for Malaysians:

But relax, and take a chill pill and look at this inspiring picture of Aunty Bersih for a second: Because we’re NOT trying to discourage people from attending Bersih 4.0, but rather we’re hoping this will help everyone in managing expectations.

So let’s talk about what can actually be achieved:

1. A clear indication to the administration which side the rakyat is on

It’s not exclusive to Malaysia, but many of the ruling classes in governments around the world have been accused of being out of touch with the needs and perceptions of the ordinary people. Locally, some examples are a certain First Lady’s complaint that the GST implementation has made it harder “for housewives like her” to afford RM1,200 hairdos and RM500 tailored dresses (which got many Malaysians pretty annoyed) and Ahmad Maslan’s attempts at justifying GST. Even PM Najib’s recent cabinet reshuffle is seen as a way to remove those who aren’t supportive of him. Check out this article by a Malaysian-born London School of Economics professor for a more detailed explanation.

While a leader might surround himself with Yes Men, choose to pretend that he’s still getting support, or claim political conspiracy (again, not exclusive to Malaysia), it would become increasingly hard to ignore the large group of citizens rallying in the city centre, or even the comments on social media: Screenshot from our PM’s FB.

This might explain why some UMNO leaders (Ohai Muhyiddin!) and members are beginning to voice their dissatisfaction with PM Najib’s administration when they were previously quiet before – because they know that they have the public’s support behind them (or because speaking up will increase their support since, politics).

This creates a domino effect where ministers who speak up give courage to others to speak up… and it’s already happening not just with high-profile figures like ex-DPM Muhyiddin, but also the recent Wanita UMNO delegate’s outburst, and reports of dissatisfaction being voiced out through branch and division meetings.

And why this is important is because UMNO members can directly affect PM Najib’s chances of being re-elected as party president, which is pretty telling since he’s postponed the party’s internal elections (due in 2016) for 18 months.

2. It draws interest and awareness to issues Okayla, this one is pretty obvious. While we’ve mentioned that most protests nowadays are hangat-hangat tahi ayam, it still serves to draw attention to the issue at hand; both locally and internationally. Most of us would have heard of the #occupy movement, where protesters peacefully gathered in public and/or financial areas to highlight issues such as income inequality. At its peak, Occupy protests were happening in 82 countries, including Malaysia. Fun fact: Malaysia was the first country to stage an Occupy protest (Occupy Dataran), even ahead of the more popular Occupy Wall Street in the United States. Malaysia Boleh! But four years down the line, it’s been argued that the Occupy movement had failed in its objective; that the distribution of income is still as unequal today as it was back in 2011. But where it has succeeded is in creating awareness and discussion of the issue. It got people (whether they agreed or disagreed) talking about it, and it made politicians at least a little more cautious when it came to policies – what some people are now calling a “delayed success”

“Movements don’t write legislation … They force open a line of questions that makes it possible for people to imagine new policies. That’s always the first step.” – Nina Eliasoph, Sociologist, as quoted by NPR.

So bringing this back to Bersih, while the main objectives are arguably still unfulfilled, the outcomes of each protest – particularly by the gomen’s use of force against the protestors – has become a discussion point for Malaysians and, more importantly, for foreign investors looking for a politically stable climate to pump their money into. Governments aren’t a fan of embarrassing scenarios and withdrawing investors.

3. It encourages more Malaysians to be politically active Not everyone attends political rallies because they’re die-hard supporters for the cause. There will also be those who’ll attend just to say they’ve done it or “just curious to check it out”. But sometimes, this is all that’s needed to get people more involved in our political matters.

It has been shown that attending a rally or protest is kinda like a gateway drug to activism, where they either strengthen values that they already have or pick up new ones. More importantly, they start keeping an eye and ear out for news and discussions of issues that they might not have cared about before. Why it’s called the “Umbrella Revolution”. Image from Mashable.

The Umbrella Revolution protests in Hong Kong is provides a good example where, although starting out as a student movement to protest against China’s influence in the country’s elections, it grew to involve regular citizens, pointed out weaknesses in the Hong Kong government, and created strong political activism among the youth who were previously seen as politically inactive… with some even unfriending one another on Facebook due to different political beliefs. It’s also inspired others to speak out and form rallies of their own – the most recent being minority groups rallying for better policies and awareness against racial inequality.

In fact, CILISOS is here today because our editor attended a Bersih rally:

“I don’t think CILISOS would even exist today if I hadn’t had certain emotions awakened at the 2nd BERSIH. I had never felt so proud to be Malaysian.” – Chak, CILISOS co-founder and editor.

4. Rallies have a rock concert effect The feeling of attending a rally or a protest can be seen as very similar to attending a rock concert – the excitement and euphoria, and putting our differences aside to bond, clap, and cheer over a common purpose. This level of social bonding can become very addictive because it provides encouragement that you’re not alone in your beliefs and/or your struggles. 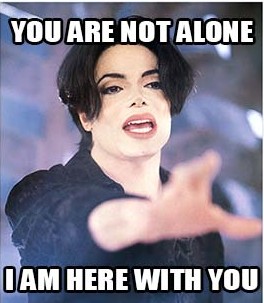 In fact, one study at the University of Queensland showed that activists who are part of a group are twice as active and four times less likely to abandon their cause.

There are a couple of possible reasons for this, one being that people who are in groups tend to also develop similar thought patterns and end up reinforcing each other’s beliefs, which in turn becomes tied to that person’s sense of identity, which is much harder to abandon.

The second has to do with what’s called branding. If you search for pictures of any street protest or rally, you’d see stuff like banners with similar messages, a common color, or, in the internet age, #hashtags. Be it Occupy (“We are the 99 percent”), Bersih (the color yellow) or even against the use of the word “Allah” in Bibles (“Allah Just for Muslim Fight No Fear“); these become symbols which supporters use to signify membership and solidarity as a group… kinda like how you’d wear a t-shirt with your favorite band on it to show that you’re a fan.

At the end of the day, making a stand is better than not doing anything at all So back to the question of what Bersih 4.0 will achieve, it depends on what sort of results you’re looking for. If you’re looking for instant, concrete results (for example, Najib stepping down or a cleaner government) then it’s highly likely that Bersih will achieve nothing. However, if you’re looking at it from the point of social activism and spreading of political awareness, then yes, Bersih might be the catalyst to achieve these goals.

Many protests and rallies won’t end up with change, but sometimes you won’t know until you try. The Arab Spring protests started when other Middle East countries took inspiration from Tunisia, which successfully replaced the old administration with a democratically-elected one. Sure, some failed and some ended up worse off, but it’s still seen as a slow gradual step towards an open democracy.

So yea, it might be a risk because we don’t know if the outcome will be for better or worse:

But do we need to wait for poop to fully hit the fan to see what happens? It wont be pretty. Image from Boston.com

So yea, please DO go for Bersih, please LET your voice be heard, and please spread the word and ENCOURAGE others to do the same; but also please remember that changes don’t come overnight. Just be proud that you’re part of the long step towards a change for the better, and keep up the good fight.