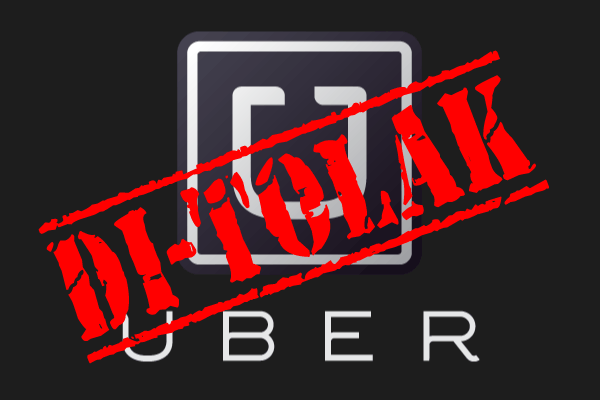 This UBER saga is really turning into an EPIC. First deemed illegal, then legal within 24 hours by SPAD, it’s now being targetted by JPJ (Jabatan Pengangkutan Jalan) instead. The JPJ are claiming that UBER private car drivers are operating illegally (this does not include UBER partner companies that hire drivers separately).

So let’s look at that statement first. Laws are meant to protect the rights of the individuals, but in a sustainable society. So in this case, this would mean that making UBER illegal is with the intention of protecting the largest group of individuals that it affects, which is its customers.

To understand that, we have to look at the closest comparison, which is to Malaysian taxies. So we trawled the net, and came across an article on www.driving-school.com.my that shows 6 things you need to be a taxi driver. We then compared them to what UBER is doing in the market now. Well, someone who is legally driving on the road would usually have these things as long as they’re no longer a P license. We’re pretty sure we haven’t seen any P-license UBER jaguars out there, so we’re pretty sure this one can jalan. Besides, if the driver is driving without a proper driving license, it’s illegal anyway, regardless of whether he’s an UBER driver.

As for his skills as a driver, well UBER has a reputation system, in which drivers are reviewed closely the minute they drop below 4/5 stars. Do you think it works?

We actually tried to apply to be an UBER driver. They actually have an online application form that cutely asks applicants questions like “What is Waze?” and even lists packages that drivers can choose from. Quite cute also, the application form also has certain trick questions to weed out the morons.

More importantly, YES, it also asks for a PSV (Public Service Vehicle) License, which is the exact same license cab drivers have, and have gone for training for. This was the main point of contention from the SPAD earlier this year, and since then, assumedly, UBER has made this compulsory (thus the * in their form.)

3) Must be in possession of good character and not black listed with the police. As revealed in our previous article, UBER drivers are either…

a. With a Limo or car rental company who provides them the car with certain targets or

b. Owning a private car, and operating on an 80-20 revenue split with the UBER application.

From our personal experience, only 1 out of 10 drivers own their private UBER car. Most are with Limo companies, and again from what we know, these limo companies do carry out background checks of their own, although saying that it’s REGULATED might be a strong word.

Our of all the points that JPJ has for finding UBER illegal, this is probably the closest. Also, as far as we can tell, this is the minority.

“Safety is our top priority. Uber has stringent processes in place to ensure that all Uber driver partners and their vehicles undergo rigorous background check (criminal record and driving record) and thorough inspection, so when you ride with Uber, you know that you’re riding with a safe, properly licensed, and highly qualified driver with insurance coverage.” – Karun Arya, UBER’s Communications Lead for South Asia

4) Must have the ability to own a vehicle. Well, this one’s no longer required for UBER drivers since many of them are actually driving someone else’s vehicle. It’s an important point tho, because we reckon that situation can’t continue- do you know how much cars COST in Malaysia?!

To summarise our previous article about this, UBER’s taking a sizable chunk of their US1.8 billion to subsidise the market, thus making their own rates cheaper than what our poor Teksis can currently afford.

If the JPJ truly wanted to regulate something, this would be it. To ensure that UBER cars aren’t employing monopolistic pricing strategies to put Teksis out of business.

5) Knowledge of local and popular place in towns and cities.

I think everyone can attest that not all Teksi drivers have this qualification (or maybe some of them are just good actors). Besides, with WAZE and Google Maps, this is hardly an issue any more. Having said that though, here’s a message to UBER – drivers always tell us that the maps within your driver app are a bit out of date.

NAH, BACA:
A FREELOADER'S GUIDE TO FREE STUFF IN KL

6) Able to provide a fair calculation of distances travelled and usage of meters. Heehehee. Hello dudes, like… there’s an app for that. Heck, UBER even gives you a fare estimation if you want.

Oh and the most important one of all, which was not listed on the site, but is the JPJ’s main argument. That question is ALMOST as difficult to answer as this one.

“The public should aware that by using private vehicles as taxi, they are not covered by any insurance should they get involved in any accident,” – Road Transport Department (JPJ) director-general Datuk Seri Ismail Ahmad, The Star, September 23

Insurance is the main argument used by JPJ to say that Teksi is better than Uber because it’s got Commercial Insurance. This one took ALOT of researching (approximately 4 hours of calling, Googling and whatever else we could do).  But what we eventually found out was this.

2. The difference between personal and commercial motor insurance (this is the part that was almost impossible to figure out) are

a. Commercial vehicles need a comprehensive policy (meaning one that covers both them and third-party)

b. A commercial policy costs more, and can have options (according to AXA) for Personal Accident insurance for passengers, although it isn’t compulsory.

Honestly, despite ALL our research, we could not find any other differences. If you know, please enlighten us in the comments and we’ll include you in the article.

Roughly translating into “If (UBER) isnt curbed, it might cause our local teksi businessmen to close shop”. These comments are strangely missing from English media, but indicate a motif to protect the industry rather than its passengers.

So should JPJ even get involved? Honestly, and many of you agree, UBER provides a very, very good experience over a cab. So on the count of driver training, vehicle checks, or passenger safety, we say JPJ has no case. UBER’s simple reputation system trounces all of them to provide a better overal experience (to be fair, MyTeksi has a damn good rating system too, so it is also improving things).

Commercial or no commercial license is merely a technicality. Laws are meant to protect the individual, not the corporations that might benefit from UBER closing shop. In the past few weeks of taking UBER, we’ve encountered a busload of new drivers who’ve quit their jobs as tour guides, and IT people to try out a ‘new business model’. It would be a shame if that business model were to fail based on a paper qualification.

Where they might have a case is in the rates UBER is charging, which are seemingly not profitable, and are thus anti-competitive. If anything, JPJ should speak to UBER about regulating their prices, which are putting Teksi’s out of business.

As we said at the start of the article, laws are about the rights of the individuals, and at the end of the day, abang Teksi as an individual quite poor thing also.

“This is clearly an attempt to protect the taxi industry that has failed its customers in Kuala Lumpur. Preventing our driver partners from earning a living and getting people safely and reliably around town doesn’t just hurt the residents and visitors, it hurts the city. Uber is providing safer, cheaper and more reliable transportation options for riders and we’re creating more opportunities for drivers. Safety is our top priority and all riders can be assured that when you ride with Uber, you know that you’re riding with a safe and highly qualified driver with insurance coverage. Uber has and always will stand by our driver partners 100%.” – Mike Brown, Regional General Manager

In fact, UBER even has a page now dedicated to the issue – http://blog.uber.com/ChooseUberMY. It calls on Malaysians to use a hashtag to show their love for the brand.

from the UBERKL site. click to go to twitter.com/Uberkl if you want to support their case.