This is it people. It’s almost the end of September. We’re closing in to 2020’s finish line. Just a little more bois… eh what’s that? ermahgard when will this end

Ah, crap. Just when you think everything has settled down enough to move on from the Great February Collapse, the drama gods declared that “There shall be another season!” and here we are. In case you haven’t heard the news in full, here’s a short summary:

“Anwar Ibrahim said that he now has the majority to form a new government, and although he can’t tell us who’s joining him yet, we better believe that it’s a lot. Like, two thirds of the Parliament, he says. For now, he’s waiting to meet the King after he gets out of the IJN, and when that happens, Muhyiddin better be watching his back.” – Auntie Kiah, random newsreader who told us what happened.

One can only guess the reason behind such an early announcement for now, but apparently this wasn’t the first time Anwar had claimed that he’s got a majority, the other time being back in September 2008. And in the past few months, he wasn’t the only one who’s been tangling with majority issues as well. When the previous government fell back in February, there was a lot of talk on whether Mahathir or Muhyiddin got the majority, and just last month, issues were raised on whether Sabah Chief Minister Shafie Apdal had a majority in the State Assembly or not.

So what is this majority creature they’ve been talking about, and why is it so important to them? Well, today’s article will guide you on that, and simply put…

You need a majority to get anything done in Parliament

Malaysia follows the majority government rule, which means that to form the government, you need to have more than half of all the 222 seats in the Parliament, and what people call ‘majority’ is simply the amount of seats they have in addition to the required half. In other words, at least 112 seats are needed to form the government (half of 222, plus at least 1 majority). This is different from the minority government rule, where a party or coalition just needs to be the biggest, regardless of their actual share from the total seats. What the current government looks like. Img from Wikipedia.

Consider the current parliament. At the time of writing, there is no single coalition big enough to have 112 seats on their own. The biggest coalitions would be Pakatan (91 seats), Perikatan (50 seats), BN (43 seats), and GPS (18 seats), with the remainder being made of other parties. The current government we have is made of an alliance between Perikatan, BN, GPS, and a single MP from Parti Bersatu Sabah, giving them exactly 112 seats, the bare minimum to form a majority government.

Without a majority, things can get really difficult. To illustrate that, let’s say that Malaysia follows the minority government rule, where the biggest party/coalition gets to be the government, in this case Pakatan. With their 91 seats, they make up the biggest single coalition in the Parliament, but their portion of seats is only about 41% of the total. They would then need to constantly bargain with the remaining 59% to vote in favor of their legislations.

One example of this would be the yearly budget bill, which among other things allows the government to use public funds to run the country. The budget bill is prepared by the side that forms the government, and it needs to be debated and approved in the Parliament. In a minority government, Pakatan would need to get support from another 10% of the MPs besides their own (bringing the approval to 51%, a majority). However, with a majority government, whose members already make up more than 50% of the Parliament, this shouldn’t be an issue.

After much drama, of course. Img from the Borneo Post.

Another reason one needs majority support is the post of Prime Minister. Prime Ministers are generally MPs who commands the majority support in Parliament, and they can be voted out through something called a motion of non-confidence. You can read more on this in our other article, but in the minority government example from earlier, Pakatan would need people from other parties to support their choice of Prime Minister (since they only have 41%), but for a majority government, unless an internal thing happens, motions of non-confidence isn’t anything to worry about.

NAH, BACA:
Azmin Ali has a land scandal that affected nearly 1,000 people? What is it?

The same goes for the budget bill. If enough people disagreed with the budget, it can be taken to mean that the MPs don’t have confidence in the current leadership, and without funds to run the country, the PM will have to step down.

So in conclusion, since we follow the majority government rule, whoever forms the government will have a majority, and they will theoretically already have at least 112 votes in the bag, ensuring that their legislations get passed and their PM stays in power. However, there’s always a chance that some people from the government won’t vote in favor for the government, so the bigger the majority they have, the more stable their position will be. So with Anwar’s recent announcement, one might wonder…

Muhyiddin’s slim majority puts him in a dangerous position, but is Anwar a threat? 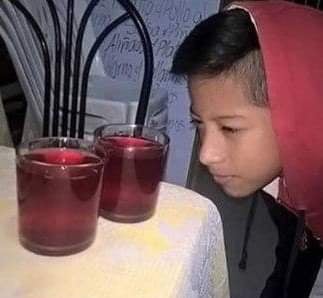 Looking at which side has the majority be like… Img from Green Lemon.

The only indication of the MPs’ support for Muhyiddin can be seen back in July, when he called for a vote to replace the then Speaker Ariff Yusoff, succeeding with only a slim majority of two votes. That’s a little too close for comfort, and in his press conference, Anwar had claimed that with his supposedly stronger majority, Muhyiddin’s government has fallen.

“Muhyiddin’s government has fallen. I’m not talking about a majority of four or five or six — it’s more than that,”- Anwar Ibrahim, as quoted by Nikkei Asian Review.

However, where is this majority from? As of the time of writing, the Amanah party had officially declared their support to him, and DAP had said that they will support Anwar as the next PM if he has a majority to form the new government. Assuming that Anwar’s party, PKR, also supported him, that would give him a total of 91 seats, still some ways below the minimum of 112.

Based on this analysis by Malay Mail, even if he drew from the remaining Opposition members, he would still need at least three MPs to cross over from the current government to reach 112. So where will this majority come from? Well, according to a PKR source, discussions had been held for months now with other parties, with the goal of getting at least 20 MPs to cross over.

“The announcement today is the culmination of months of work, after the Pakatan Harapan (PH) government collapsed in February. We are targeting at least 20 MPs to cross-over for now. Mathematically, if all goes well, Anwar could get at least 129 out of 222 MPs support for now, with the possibility of getting 138,” – PKR source, as interviewed by Malay Mail. A helpful chart drawn up by the Malay Mail. Click on the pic to read their analysis.

Well, if all goes well. Despite the announcement, Mahathir had expressed his doubt at Anwar’s recent claim, and Muhyiddin had mentioned that he is still the legitimate leader unless proven otherwise.

“Without going through the stipulated processes, Anwar’s statement is purely an assumption. Until proven otherwise, the National Alliance government remains strong and I am the legitimate prime minister.” – Muhyiddin Yassin, as quoted by Nikkei Asian Review.

So guess we’ll only know for sure after his Majesty recovers and gets out of the IJN.