This article was originally written in October 2020 and updated in January 2022.

For many, many years, Thailand’s southern region has been in conflict, and, as with in 2020, Malaysia will once again play host to peace talks between the Thai government and the separatists.

Interestingly, the nearly century-long conflict began with a Malay royal: Tengku Mahmud Mahyideen, a Pattani-Kelantanese prince who fought the Japanese on the frontlines in WWII, earning him the nickname ‘Tiger of Malaya’. Interestingly, he also renounced his royal status, something not quite common in Malayan/Malaysian history. But those weren’t the only things he was known for; in fact, he was also a successful student, businessman, political leader, education administrator, military leader, social activist, radio announcer… well, let’s just say he was one of those multi-talented individuals who just seem to be better than you at everything.

But before we dive into his many contributions to Kelantan and Malaya, let’s look at the life he lived before he became one of the most important figures in our history…

Tengku Mahmud Mahyideen was born into a royal family in turmoil

The second prince of the last Pattani Sultan, Tengku Abdul Kadir Kamaruddin (who was deposed by the Siamese government in 1902), Tengku Mahmud was born into a time of great turmoil in Thai/Pattani history. 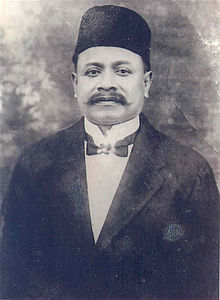 Now, some of you might be asking ‘Wait, isn’t Pattani in Thailand‘? Well, yes (and we’ll get into why in a moment), but once upon a time they used to be their own thing. Formerly known as Langkasuka, the oldest Malay kingdom in history (yes, that Langkasuka from the movie Hikayat Merong Mahawangsa), it was once one of the most prosperous Hindu-Buddhist kingdoms in the world, before adopting Islam in the 15th century.

In the early 20th century, Pattani was suffering from an existential crisis; having already been recognized as a Siamese territory by the Brits, the boundaries drawn in the 1909 Anglo-Siamese Treaty had cut off Pattani from the rest of Malaya, and neither of these sat well with the Pattani-Malays. Some years later, the Rathaniyom national values (a bit like our Rukun Negara, but more specific) introduced by then-Thai PM Phibulsongkhram in 1939-42 threatened to erase their culture completely and absorb it into the new Thai kingdom. Phibulsongkhram, the Thai Prime Minister and dictator who changed Siam’s name to Thailand in 1939. Image from: Wikipedia

But back to Tengku, who had made it his life’s goal to restore Pattani to its former glory. As a young boy, Tengku Mahmud excelled in his studies, receiving his early education at the Assumption College in Bangkok. Before he could complete his studies there, he and his family were forced to flee to Kelantan in 1923 following the failed Belukar Semak rebellion led by his father. Tengku later graduated from the prestigious Penang Free School and was offered a full scholarship to study medicine in King Edward VII College of Medicine, Singapore. However, he chose to give his spot to a poor Chinese classmate. Class act.

Despite his royal blood, Tengku had grown up amongst the people, and, thanks to his British education, was easily accustomed to liberalism and the English way. He soon landed himself a cosy job as Superintendent of Education in Kota Bharu, during which time he played an instrumental role in the formation of Kelantan’s education system, founding the first English schools in Kelantan. He also introduced special training for Kelantanese teachers via his ‘Normal Class’ program, and started a campaign to get Kelantanese parents to send their kids (especially girls) to school, both of which were highly successful:

“When I first took over the Department of Education, we handed out 800-1000 letters to parents to get them to send their children to school and convince them of the importance of education. After three years, we were forced to reject parents’ applications as there were not enough spots available for their children to study.” – Tengku Mahmud Mahyideen, then-interim Minister of Kelantan Malay Schools, as quoted from his report

The Japanese invaded Malaya, and Tengku Mahmud had a new fight on his hands

We often think of royals to be the ones to sit in the backline and bark orders to troops during combat. But Tengku Mahmud wasn’t one of those royals; in fact, he served on the frontlines under the Kelantan Volunteer Force (KVF), fighting alongside the 9th Indian Division against the Japanese invaders. And, since Thailand had chosen to side with the Japanese, he had even more reason to fight.

However, when the Japanese took Malaya, Tengku and co. were forced to retreat to Singapore on the ship S.S. Kuala. The ship however would be hit by Japanese bombers en route to Singapore, but Tengku narrowly survived, even managing to rescue two British soldiers in the process (an act which later earned him the Order of the British Empire after the war). He eventually made it to India, where he became chief propagandist for All India Radio, broadcasting in Malay for the program ‘Suara Harimau Malaya’ under the pseudonym ‘Raja Mopeng’. Weaponizing his voice to boost morale in Malaya, he spurred Malayans to continue the struggle against the Japanese and the Siamese. 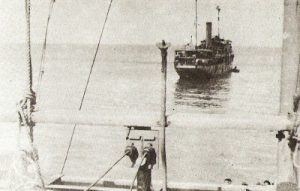 Despite all this, Pattani was still the priority in his mind; following his father’s death in 1933, he had taken up the mantle of savior of the Pattani people. In India, he voiced his intentions to the British, who promised him that they would help him retake Pattani if he helped them beat the Japanese. And, after that, retribution: he wanted Thailand to face the full brunt of the law for siding with the Japanese. He also had a vision for what post-war Malaya would look like: in 1943, he wrote a memorandum to British Colonial Administrator Sir R.O. Winstedt, containing a few controversial Malay-centric proposals:

NAH, BACA:
[UPDATED] Kelantan is the only state in Malaysia to not reserve land for the Orang Asli. Here's why.

Although the British Colonial Office viewed Tengku’s initiative favorably (even referring to Tengku as ‘an enlightened Malay’), they disagreed with his ‘Malaya for Malays’ idea, and nothing came of it in the end.

A year later, he was recruited by the legendary Force 136 commando unit (alongside another legend, Lt. Col. Yeop Mahidin) and was awarded the rank of Major. His task? To recruit and train guerrilla fighters from amongst Malay students studying in the Middle East to launch attacks on Malaya’s East Coast, though he also managed to recruit some from among the local Malays in Pattani. In 1945, these guerrillas were prepared to take part in the Allies’ grand plan to retake Malaya: Operation Zipper. 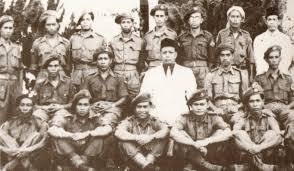 Operation Zipper was to be Malaya’s D-Day: a major multiple-pronged strike on Malayan soil, involving more than 100,000 Allied troops with naval, armor and air support. The Allies would first take an airfield near Morib, before capturing Port Swettenham (today known as Port Klang), and eventually Port Dickson. Tengku was planning to use Op Zipper as a catalyst for the final liberation of Pattani; around the same time the Allies were to land in Malaya, his Force 136 men and the local Malay guerrillas in Pattani would seize key spots in the south of Thailand, following which they were to aid Allied reinforcements when they arrived. Tengku hoped that such a move would pressure the UN into officially recognizing Pattani’s independence from the Thais.

Unfortunately for Tengku tho….

Op Zipper never happened, and the British broke their promise after the war

Because of the Japanese surrender, Operation Zipper was canceled. Worse still, unbeknownst to Tengku, the British had already decided against following through with their Pattani promise, as the Americans wanted to protect Thailand’s sovereignty at all costs. And so, going against the prior agreement, the Anglo-Thai Peace Treaty was signed in 1946, canceling British plans to annex Pattani as promised. That same year, Tengku Mahmud renounced his Tengku title under mysterious circumstances (though the academic study ‘Bangsa Melayu’ by Ariffin Omar claims that it was ‘in the interests of modernity’).

He would later continue his struggle by founding a Malay nationalist group named GEMPAR (Greater Pattani Malay Movement), but this too came to nothing as the British – in their eagerness to maintain diplomatic relations with Thailand – made it illegal, even telling the Pattani-Malays to ‘go to Malaya’ if they were unhappy. Tengku would not be pleased.

“Conversely, Mahmud Mahyideen had the view that the Pattani-Malays were no longer like their ancestors, and they were definitely not moving to Malaya.” – Nik Anuar Nik Mahmud, as quoted from ‘Major Mahmud Mahyideen Bin Almarhum Sultan Abdul Kadirkamaruddin, Seorang Tokoh Tanah Air’, Malaysian Historical Society (translated)

Following his failed uprising, Tengku returned to Kelantanese politics, serving in Kelantan’s State Legislative Assembly alongside holding other posts. His exploits would inspire others to continue the struggle,  but Tengku’s Pattani dream was all but dead, and, well, the mess in the south of Thailand still hasn’t really cleared up to this day (though the upcoming peace talks are reportedly ‘progressing very well’). Tengku Mahmud died in 1954 at the young age of 46, but his contributions live on

As mentioned earlier, Tengku Mahmud was also a big time social activist before it was cool: in a letter to the Kelantan British Advisor A.S. Haynes in 1931, he requested for things like:

But perhaps his most lasting contribution to the state of Kelantan was his educational reform; and his name has been immortalized in the name of a high school in Tumpat, Kelantan: Sekolah Menengah Kebangsaan Mahmud Mahyidin. Although Tengku Mahmud Mahyideen’s name isn’t known to a lot of Malaysians these days, it’s important to remember the tremendous influence he had on our history, and the larger-than-life character he carried. Perhaps this quote from a Canadian academic paper about him sums him up best:

“He was, withal, a man born to serve who could not but take leadership of his people; chivalrous, volatile, he was a man for the people, fighting windmills for their cause.” – Hugh Wilson (1992), University of Alberta, as quoted from ‘Tengku Mahmud Mahyiddeen and the Dilemma of Partisan Duality’, Journal of Southeast Asian Studies