Recently, a group of people in Thailand are pushing the Thai gomen to accept a literally ground-breaking project that will cost USD28 billion (RM112 billion). We won’t say that it’s going to move heaven and earth, but it will involve moving lots and lots of earth. Basically, they want to literally cut a line through Thailand, to create a river that will allow ships to sail through. 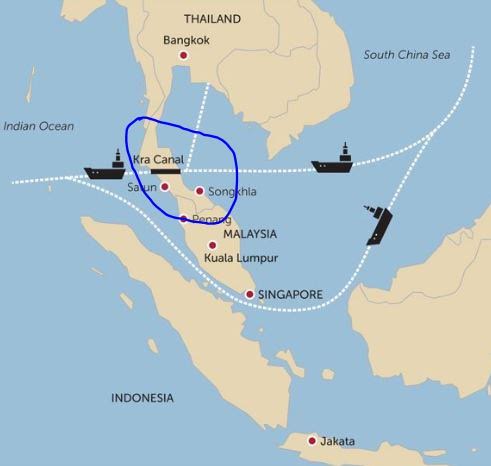 Instead of having to circle around Malaysia, ships would just have to pass through the river to travel to and fro the South China Sea. This is estimated to save at least 1200 km of travel, 2 – 3 days of sailing time, and up to 350,000 USD for a 100,000 dead-weight tonnage ship (dwt, which is how much a ship can carry). The canal would be 135km long, 450m wide, and 26m deep, and is expected to take 10 years to complete.

So will this doom the Malaysian economy?! Should we close down Port Klang?! Is this canal stripping us of our “kedudukan strategik”? Maybe, because the fact is…

The Kra Canal has been proposed more than 300 years ago

Way back in 1677, King Narai of Thailand actually proposed the idea of the Kra Canal (a.k.a Kra Isthmus), and had a French engineer survey its feasibility. Being the 17th century, they had neither the resources nor the technology for such a grand project, so he abandoned it.

After that, many were interested in reviving the project, including the British, who later decided against it to maintain the importance of Singapore (which was under British colonisation at the time). 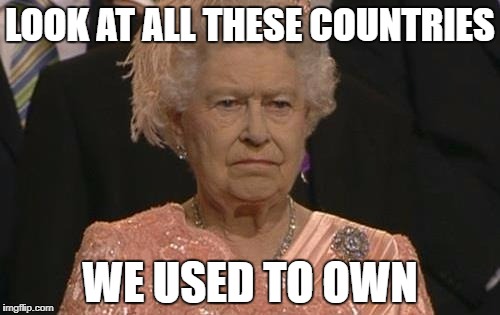 Image from when the Queen was at the London Olympics.

Even since then, the Straits of Malacca have been a very important trade route (if you still remember your basic sejarah). To understand how power it still is now, here’s a map of all the sea trade routes around the world, each route indicated by the white spider-web looking lines.

The continents are not on fire, the brighter parts means its more densely populated. Image from dxlynch.wordpress.com

If you noticed, there are certain places where many lines are concentrated into one route. In other words, ships are mostly forced to take that route, as there aren’t many alternate paths to get around. If we ENHANCE the image further, we can see that the Straits of Malacca is one such example:

The Straits of Melacca is 800km long, between 65 to 250km wide (because its funnel shaped), and between 27 to 37m deep. In terms of global sea trade, Malacca straits is the 2nd busiest waterway, and 40% of the world’s trade passing through it every year. Translating that into the actual number of ships, we found that it’s actually growing annually, and we actually even hit a record number of 84,000 ship just last year.

In terms of barrels of crude oil, it is the 2nd biggest choke point in the world. Malacca straits is also responsible for 80% of China’s crude oil imports, and 90% of Japan’s total imports. But, the Straits of Malacca has more than a couple of problems.

The Straits of Malacca is just as jammed, dangerous and full of accidents as KL roads

Given the number of ships that pass through, the problems that come with it are equally numerous. One problem is the congestion, because at the narrowest point, it is only big enough to be a single sea lane. Despite this, it hosts up to 300 ships a day, more than twice the traffic of two other famous canals (Suez and Panama) combined. Ships can also cross from multiple directions too, so this also creates opportunities for accidents, with 13 major ones that resulted in fire and/or oil spills between 2001 to 2013.

The high concentration of ships plus the bottleneck is also what makes us the most pirate infested waterway in the world. Unlike their more Hollywood counterparts, the pirates here prefer more stealthy approaches, using the many small islands around as hideouts and even escaping to international water. 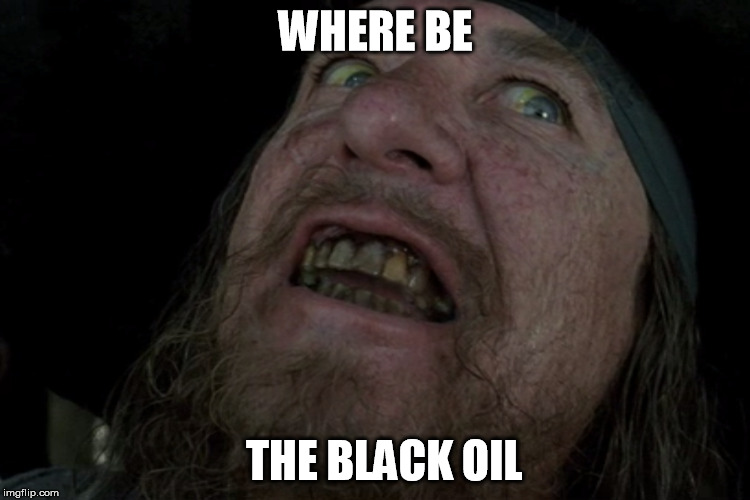 Original image from Pirates of the Caribbean

They even steal crude oil, siphoning from the great amounts of it that passes through. And it’s hard to catch them because a ship being raided by a pirates can just look like two ships transferring cargo at sea, even on the radar they are just two little blips.

“It’s definitely organized crime, and they have to have international links. They’re taking it ashore. They need a refinery that will turn their head. And those refineries are cutting them deals.” – Micheal McNicholas, managing director of a maritime security firm told CNBC

The Kra Canal, being a much narrower one lane river will be less prone to accidents, sea pollution, and more easily managed. On top of that, Kra Canal is reported to be able to accommodate ULCCs, which are the largest type of tankers. Currently, ULCCs cannot pass through the Straits, and they have to make a detour all the way to the Lombok Straits down at Indonesia.

It’s called “Malaccamax” because its the maximum size that can pass in Malacca Straits. Screenshot from wikipedia.

So in many ways, the Kra Canal is seen as easing many problems in the Straits. Our friendly neighbour Singapore, a world famous port city, even has many of its shipyards fully booked for the next 3 years!!

So, how much does Malaysia stand to lose to the Kra Canal?

The Suez Canal, that joins the Mediterranean and the Red sea saw a traffic of 17,225 vessels in 2009, and about 1414 vessels in December last year. Despite that, the number of ships sailing through was falling for 9 months in a row last year due to oil prices, because large ships would rather sail around the Cape of Good Hope than to pay the toll. The Panama Canal on the other hand, connects ships going to and fro North and South America, and it sees roughly 14,600 ships yearly. Apparently, because the Straits of Malacca is jointly owned by Malaysia, Indonesia, and Singapore, no one country can do whatever they like without the agreement of the other two. Additionally, the passage through the Straits is a right guaranteed as “transit passage” enshrined by some UN sea law, so we also cannot suka-suka collect toll there. However, the duty of keeping the Straits safe and clean falls on us, which is why ex-PM Mahathir suggested the toll idea in 1992 to fund the maintenance. The main way we profit is actually from ship docking/ berthing in our local ports, where they offer a variety of services. A study by Universiti Malaysia Terengganu studied the number of foreign vessels between 2010 and 2014, in four major Malaysian ports: Port Klang, Penang Port, Johor Port, and Port of Tanjung Pelepas. It found that only 34.61% of foreign ships docked in Malaysian ports, 65.39% just crossed without benefiting Malaysia in any financial way. Since Port Klang was the most visited, we checked their financial report for 2014, and found that they made around RM8.46 million from port-related services. Given that the GDP of Malaysia was around RM1012 billion in 2014, port services are hardly the backbone of the Malaysian economy. It probably more so considering port related services no need to charge GST also.

“Actually because Malaysia doesn’t really take as much in terms of shipping services, the impact of the canal in absolute terms would be greater for Singapore.” – Alvin Vong, EquitiesTracker

But of course, it’s unfair to compare different trade routes since their demand is different. But more than the distance and cost, the Kra Canal will have many advantages over Malacca Strait, at least on paper anyway.

Either way, this is another example of China’s dominance over SEA 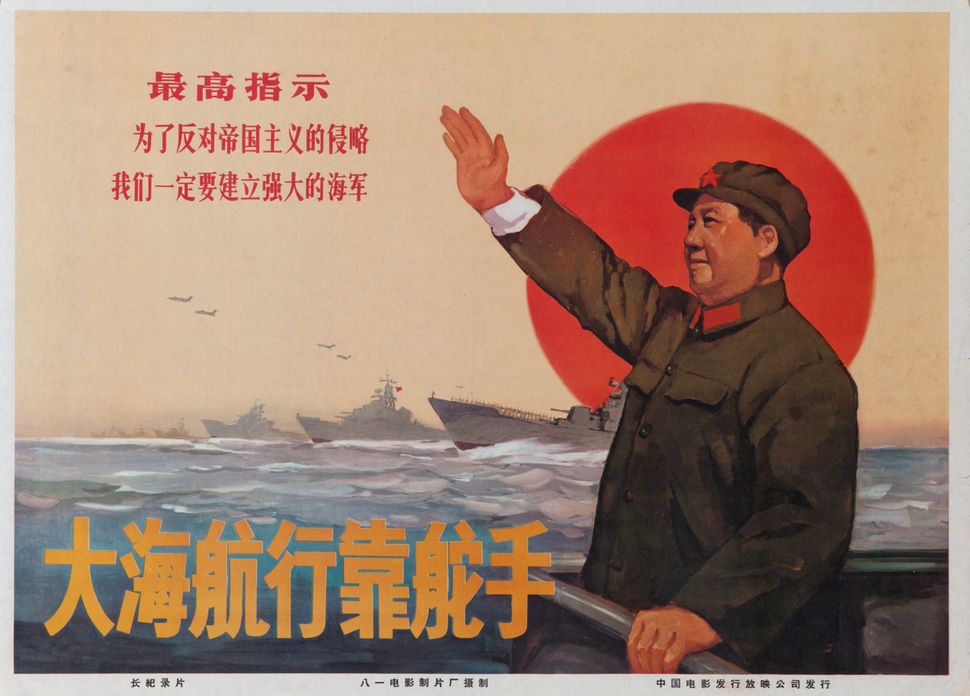 Translation: We will show that wig wearing orange who is THE man. Image from huffingtonpost.com

The Kra Canal will be made possible by SEA’s regular sponsor: China. Without the financial incentives offered by China’s One Belt One Road (OBOR) initiative, the construction of Kra Canal would probably not have been considered. In Malaysia we see many of the same examples, from billion dollar ports and pipelines to billion dollar railways.

When India was colonised by the British, the British used railway construction to scam Indian citizens of their money. The Indians paid 9 times more than the usual rate for the construction of the railway. More than being a mode of public transport, two thirds of it was used to transport resources like coal and cotton back to British factories. 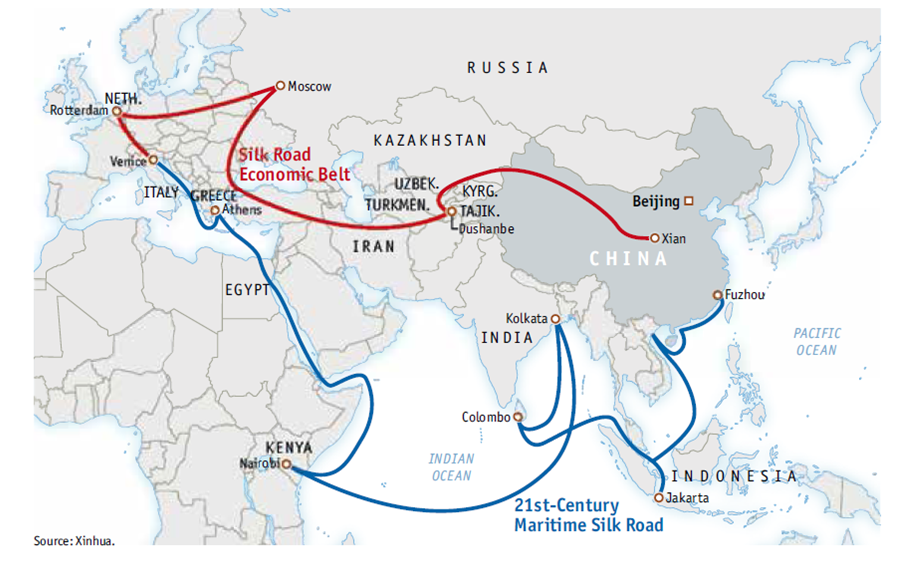 This plan for a New Silk Road. Image from ejiltalk.org

But of course, those were colonial times, and the story isn’t to suggest that China is scamming SEA countries. However, so much involvement from China deserves to be looked into cautiously. Already, there are doubts rising over who will foot the bill for the East Coast Rail Link (ECRL) in the end. China herself has been experiencing an overproduction in its heavy industries, and even cutting up to 1.2 million jobs in 2016 and this year.

“China is looking to use OBOR as a way to ship its own domestic overproduction offshore. They are leveraging their own capital to get involved in helping (other) countries to get wealthier so they can become customers of Chinese products.” – Nick Marro, an analyst with the Economist Intelligence Unit (EIU)

For now, the Thai gomen isn’t particularly enthusiastic about it, but a group of retired Thai generals recently formed the Thai Canal Association for Study and Development, an association that… does exactly what its name says, and hopes to convince the current Thai King to pick up the project.

Still, if the Kra Canal is built, Malaysia could still profit from it as we have ports and near the Kra Canal too. Kuantan, Penang and Terengganu have ports up North, and even Langkawi is very close to the sea route. Maybe in the end, it’ll just distribute the wealth to North Peninsular while starving the pirates here.