We’ve all seen it in movies and TV-shows: The CIA, FBI or whoever straps someone into a chair and sticks wires and pads onto them, while monitoring some data on a computer screen or some scritchy-scratchy machine. Hoping to “strengthen the integrity of government agencies”, the gomen is thinking of using the polygraph test (a.k.a lie detectors) to help tackle corruption. Earlier this year, several groups including the MACC were calling for the system to be brought back into the civil service. Yes, “brought back”.

Apparently some time ago, the gomen used the polygraph test in “an agency which collects revenue for the country”, but they decided to stop using it because the entire agency failed the test, and many officers admitted to stealing money and abusing their position for their own benefit.

So is it because our gomen really cannot pakai? Is the polygraph test really that chun?

Can we trust the results of a polygraph test?

Lets first take a look at how a polygraph test actually works. First, a bunch of sensors are attached to you, which feeds multiple signals into the machine (hence the term “poly”, which means many) and they are recorded onto a piece of paper (hence “graph”). 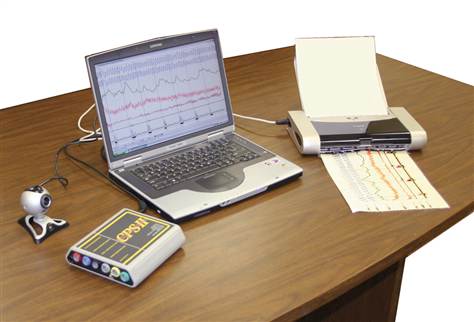 The sensors detect physical changes of a person, things like breathing rate, pulse, blood pressure, and perspiration (“sweating” in other words). The person administering the test (the examiner) will then ask a bunch of control questions to determine the person’s normal signals, and compare them to the signals recorded when the real questions are asked. The basis of the test is that these physical signs change when a person is lying compared to when he’s not. That becomes a big problem to the validity of the test, because many things can cause our physical signs to change. For instance, if the person was scared or stressed out, wouldn’t it affect the results? People can even do the opposite, which is to control their physical signs with a number of techniques to cheat the test! Supporters of the test say that well trained examiners will be able to spot the difference and still catch the liars… which then brings us to the biggest problem of the polygraph test. A large part of the test doesn’t depend on the machine, but actually on the way the examiner conducts and interprets the test. Keep in mind, a test can take anywhere from 2 to 3 hours.

A Malaysian review/ study was done on the polygraph test, and the author’s conclusion sort of rounds up the whole argument.

“Though it can be considered a science, it still entails a great dependence on other sources i.e. the examiner and his interpretation of the results.” – Supt Amar Singh Sidhu

Even if we use the test, many courts actually do not accept polygraph results

Until now, polygraph tests are still used widely around the world.  Law enforcement in the US are still using the polygraph test to screen potential and current employees, and also used when investigating criminal cases. Even in Malaysia, it is said that the police and MACC still use the test, even though it’s not widespread.

NAH, BACA:
Wow. Any Malaysian can pay JPJ RM5k to get mafia-style tinting now!? Not exactly.

Can you guess how much it costs to take a polygraph test?

The guesses around our office ranged from RM60 to RM500 and they were all wrong.

We found two companies in Malaysia and Singapore that offer lie detection service. The Malaysian company told us that it costs RM2500 per test, but only RM1000 if it’s just a screening. On the other hand, the Singapore company charges $1500SGD.

The machine itself actually costs less, since like we established previously, the majority of the work is done by the examiner anyway. The cost was between $549USD to $799USD, but that price doesn’t include the questionnaire yet. According to another source, it’s between $4000 to $10,000 depending on what your needs are. 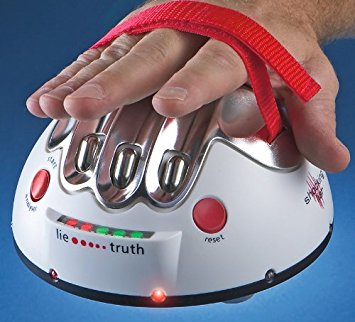 As for the professional training to become a polygrapher, it’s pretty much a normal 3 year training programme, but some employers might require students to have a related bachelor’s degree before they can receive the license.

According to The Association of Certified Fraud Examiner Malaysian Chapter president Datuk Akhbar Satar , there are only 30 well-trained polygraphers with various enforcement agencies in Malaysia. So there’s still a long way to go, and a lot of money to be spent, if it is going to be widely implemented in the public sector.

Is it worth adopting a technique that barely works?

Even though its famously known as the lie-detector, it doesn’t really detect lies. A Malaysian author once wrote an article that urged the gomen against adopting the use of polygraphs. In the article, he referenced more than a few case studies and instances that were used as evidence to reject the reliability of polygraph testing.

In the end, the problem with polygraph is that it relies too heavily on the examiner’s skill and interpretation, so it can be inaccurate due to human error. So it’s worth considering if it is really fair to be firing people and charging criminals with such a test?

But that doesn’t put an end to the polygraph just yet. Researchers are still looking into more dependable ways of identifying lying to improve the test. Until then, the polygraph test would really just seems like a tool of intimidation, and there are probably more accountable ways for the gomen to “strengthen their integrity”, if that’s what the goal is.