If anything, the #BlackLivesMatter phenomenon has brought to the surface a serious conversation about police brutality, and that includes Malaysia. There have been many alleged cases of prison inmates getting violently abused while they were in detainment here. Even Anwar Ibrahim himself was the alleged victim of police brutality way back when. “Malaysia’s politicians and police are failing the test when it comes to providing justice to victims of abuses.” – Deputy Director of Asian Division of Human Rights Watch Phil Robertson, as quoted from Human Rights Watch

We’re not saying that our cops are bad, but there’s been calls over possible foul play regarding deaths of inmates lately, which is why there’s also been talks about an independent body to oversee PDRM issues. And just recently, our Home Minister Hamzah Zainudin announced that the government will be tabling a new bill to set up an independent body to oversee problems in the police force.

Which should be a good thing, but the thing is…

Pakatan Harapan already had a proposal do to exactly that

You probably don’t remember this – given everything else that’s been going on in 2020 – but when Pakatan Harapan (PH) was in Putrajaya, one of their pledges was to set up an Independent Police Complaints and Misconduct Commission (IPCMC), which is basically an unbiased task force that’s meant to regulate police behavior, like corruption and abusing prisoners.

The manifesto has been removed from all official websites, but we managed to find a PDF version here, which you can read through if you feel like giving yourself some war flashbacks. We’ve actually written about the IPCMC before, but let’s give you a brief outline of what it’s supposed to be. In the manifesto, not much was said about the IPCMC, other than the fact that…

The truth is that plans for IPCMC had already been in the works since 2005, when it was Abdullah Badawi’s time as Prime Minister. This was due to the reputation that the cops had garnered for being particularly abusive and rife with internal corruption. However, the plan didn’t actually work out, and the then-Barisan Nasional (BN) government instead replaced IPCMC with somewhat weaker versions of it, such as the Enforcement Agency Integrity Commission. 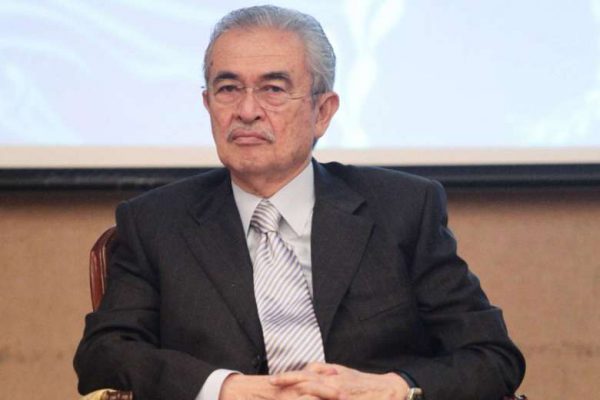 This was during Badawi’s time. Image from The Straits Times

So in 2018, when the PH coalition won, they took up the pledge to build an IPCMC for real this time. And get this, our current PM Muhyiddin Yassin was responsible for drafting the bill, as he was the Home Minister at the time.

“Such bodies have been formed in other countries. In the long term, it would enhance the image of the police.” – Muhyiddin in 2018, as quoted from FMT

Basically, the IPCMC would have the authority to receive and investigate complaints made against the police on its own and without needing permission from a superior ministry or some such. There would only be 10 people within the commission, and all of them must be a current or former police personnel or public servant. And according to the IPCMC Bill drafted by the PH government, the five functions of IPCMC were to:

Granted, the IPCMC Bill was drafted the PH administration, and it’s a whole new government all together now, but the fact remains that there was already a Bill for an independent commission to oversee the police underway. However…

The PN government wants to replace it with something else

So, previously, we mentioned that the newly minted Home Minister Hamzah Zainudin had recently said that the Perikatan Nasional (PN) government’s currently developing a NEW™ Bill to propose a NEW™ independent commission to monitor PDRM. But like, why would they do that when there’s evidently already one on the way?

To start with, this new commission will apparently be called the Independent Police Conduct Commission (IPCC), and it will also replace the IPCMC entirely, even though the latter’s not even a reality yet. Well, it seemed that while they were still the opposition, they were seemingly not fans of IPCMC. Even the PDRM itself didn’t appear very welcoming to it as well, so much so that there was a time when they blatantly voiced their stance against the Bill on the PDRM website.

“The IPCMC wants to take over the power of the Police Commission under Article 140 of the Federal Constitution on issues regarding disciplinary action and investigations.” – Former Inspector-General of Police Mohamad Fuzi Harun, as quoted from The Star

Some of the reasons behind their opposition were that:

Okay la, basically, those opposed the IPCMC thought that it would apparently be unfair to the police, who have “suffered and sacrificed for the rakyat and the country“.

“This (bill) is a form of persecution against police.” – Padang Rengas MP Nazri Abdul Aziz, as quoted from Malaysiakini

Due to the then-opposition’s resistance towards the IPCMC Bill, the debate and tabling of the bill kept getting delayed again and again. The PH government had claimed that the delays were due to the need to make further improvements to the Bill before presenting it. In the end, the Bill was delayed two times and ended up never getting tabled at all, until the government abruptly changed hands to PN.

Parliament however would end up delayed cos, er, y’know – Covid-19 and whatnot. Eventually, July saw the return of the Dewan, and with it, the government is now proposing to replace IPCMC with IPCC. Image from The Leaders Online

For now, not much is known about the IPCC, apart from the fact that it’ll replace IPCMC. The difference, though, is that the IPCC will be placed under the purview of the Home Ministry, rather than placing it under the Legal Affairs Division in the Prime Minister’s Department, as was the plan for IPCMC.

And as such, the move was criticized from some NGOs and the like.

“The suggestion by the minister that the bill will be placed under the home ministry is absurd and unacceptable.” Suara Rakyat Malaysia (SUARAM) executive director Sevan Doraisamy, as quoted from FMT

According to them, placing the IPCC under the Home Ministry’s purview will only abolish its independence all together. You see, this is because PDRM’s also controlled by the Home Ministry all the while, and putting the two of them together would only enable one to cancel the other out. Plus, it was said that an independent task force was needed in the first place was because the Home Ministry had allegedly failed at governing them, which, if you think about it, kinda has a point.

At the time of writing, neither the government nor the opposition has made any further comments on the new IPCC Bill that’ll replace IPCMC. But even then, judging by the stakeholders’ alone, it seem the government’s already facing some opposition.

While the IPCC is admittedly in its early stages, there seems to quite a number of variables that may decide its life or death even before it’s a thing. But still, all we can do is sit back, grab some popcorn, and watch how it all unfolds in the future.