If you’re talking about films about inmates and prison cells, the first thing that comes to mind is probably movies like The Shawshank Redemption, or The Green Mile. If you’re more of a TV series kinda buff, then you’re probably thinking more along the lines of Prison Break. 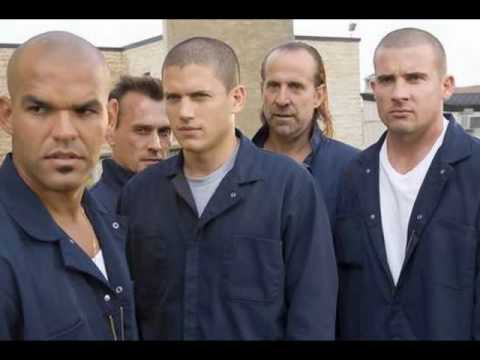 The show where (almost) all the prisoners look good. Screencap from Prison Break’s YouTube video.

But funnily enough, before all the shows we mentioned above, we’ve actually had a pretty interesting prison drama happen right here in Malaysia: The Pudu prison siege of 1986.

For those of you who are not familiar, Pudu prison was a prison that was situated in Kuala Lumpur and ran for a 101 years before being closed down in 1996. It remained empty for like another 13 years before our gomen decided to start demolishing it in 2009. Pudu Prison while it stood. Image from Wikipedia.

And while it did its job of keeping most of its inmates under controlled, one particular inmate actually got the better of the prison: Chua Chap Seng, or better known as Jimmy Chua.

Jimmy started off as a cop, before the cops came after him According to a documentary about the whole Pudu jail incident by KES (Kronologi Exclusif Siasatan), Jimmy Chua was actually a Singaporean who actually once served as a police officer in Singapore. But he was discharged for bad behaviour and eventually ended up in a life of crime.

If that wasn’t enough, Jimmy’s life reached the lowest of the low in 1984 when he stole the gun of Constable Mohd Yassin Bin Ismail, and shot him dead. It’s not clear why he would commit a crime so heinous even for a criminal, but according to criminologist Dr Geshina Ayu, Jimmy exhibited signs of Antisocial Personality Disorder (ASPD), a disorder that causes someone to have no regard for the feelings of others, and has often been associated with serial killers.

Regardless, with that kind of crime the Kuala Lumpur police had to act. They launched a manhunt for the cop-killer, and he was arrested a few days after the murder. According to a blog post, when he was arrested, police found a gun and 6 bullets on him. And because of the seriousness of his crime, he was sentenced to hang not long after he was arrested.

That was only the beginning. The real story happens AFTER he gets transferred to the Pudu jail.

He started to rally people to his prison takeover

Once in jail, Jimmy managed to convince 5 other inmates in jail to join him in his grand plan to escape from jail by taking advantage of a routine medical checkup at the jail’s clinic. On the morning of October 17th, 1986, as Jimmy and his gang entered the examination room where they were being examined in groups of 5 (bad idea), Jimmy and friends stormed into the room and held Doktor Radzi bin Jaffar (a skin specialist) and Abdul Azizi Bin Abdul Majid (a laboratory technician) at knife-point.

How’d these guys get the knives though? Well, it’s believed that they hid the knives in the bottom of their shoes. And after taking control of the clinic, they chased out the other patients, and started off a hostage situation that would last for the next 6 days! 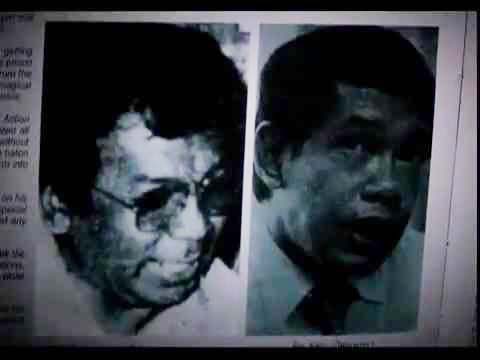 The two hostages. We believe Doktor Radzi Jaffar to be the one on the left and Abdul Aziz Abdul Majid on the right. Screencap from KES documentary.

But it didn’t take long for the police to eventually realise that something was amiss. After realising what had happened, the police wasted no time in sending their own to the prison to ensure nothing else got out of control, and if that wasn’t enough, they sent in some of their top guns as well.

Among the people who were involved in negotiating with Jimmy and gang included The Internal Security and Public Order Director, Commissioner Dato’ Zaman Khan, commander of the Special Operations Command, ACP A. Navaratnam, and also the Prisons Department director-general, Datuk Ibrahim Mohamed. And later in the day that Jimmy and gang put forward 4 demands for the hostages’ release.

NAH, BACA:
Relaxed or Stressful? 6 Malaysians tell us what it's like working on Labour Day

The following day however (day 2 of the hostage situation), the gang dropped their previous demands and asked for 2 new demands.

The gomen didn’t layan any of their demands, and tried other means to get them to surrender

Despite there being lives at stake, one of the things that they were actually instructed to take into consideration was the racial connotation behind the situation, because all of the 6 inmates were actually Chinese.

“The situation at the time was a little complicated because the inmates were Chinese, and we (the police) were Malays. This is where I feel Dr Mahathir (PM at the time) gave some consideration to the situation of our country. He asked that, if at all possible, we resolved the situation without any bloodshed.” – Datuk Zaman Khan, former head of the Department of Criminal Investigations, as quoted by KES

With that kind of restriction, the police had to try their best to avoid a SWAT takedown style solution. So they tried other means of resolving the situation such as asking family members of the inmates to help talk them out of it. A woman believed to be a family member of one of the inmates. Screencap from KES’ documentary. The crowd outside the Pudu jail. Screencap from KES’ documentary.

As the days passed, the inmates started to realise that the chances of the gomen answering their demands were getting slimmer and slimmer, and they were starting to wear out from the ordeal. The news of the hostage situation was also starting to become public knowledge and every day more, more people started clamouring around the prison, and the patience of the police force was running out.

One of the inmates (whose name was not made public) eventually cooperated with the police to end the ordeal. This inmate unlocked the gate to the wire fence behind the clinic, and 12 Unit Tindakan Khas commandos stormed the building. 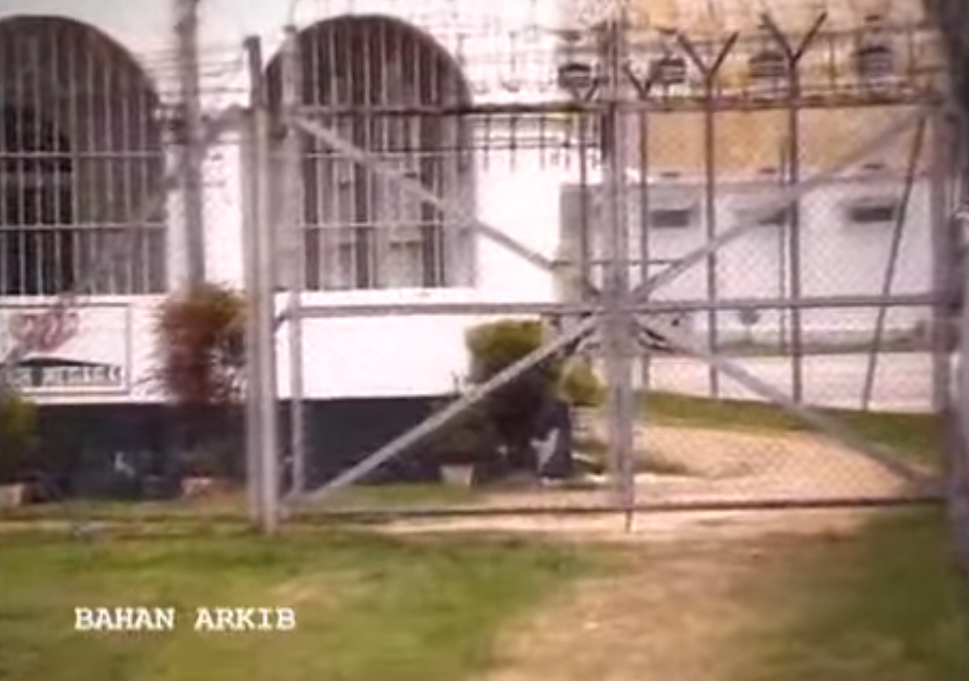 The gate leading to the clinic. Screencap from KES’ documentary.

Their entry into the compound was only the beginning because the clinic had been turned into a mini-fort. The inmates had turned the furniture into barricades. And despite being visibly tired from their 6 day hostage situation, the inmates still put up a fight. One even tried to take his own life so that he wouldn’t get caught by the commandos.

But their resistance didn’t last long. The commandos subdued the inmates and it was over in 60 seconds. What’s even more impressive is that the commandos did this all while being armed with just batons and rotans (so they literally changed from SWAT takedown style to just swatting the bad guys LOL). The hostage situation was over, and the 2 hostages were rescued and brought to the hospital for treatment. The siege ended without bloodshed, but all of the inmates were eventually hung for their crimes One of the inmates being led away by policemen. Image from sejarahkini.com

As if the previous charges against him weren’t enough, a year later, Jimmy Chua, and the 5 other inmates, were all tried under the Kidnapping Act of 1961 which carries either a life imprisonment or death sentence if convicted. And all of them were probably convicted because on the 10th of October 1989, Jimmy Chua and the 5 inmates met their end at the hangman’s noose.

But despite how it’s terrible that this thing happened, at the very least we can give credit to the authorities for doing their best to ensure no one was killed, and also making sure that since then there have been no other incidences of prison takeovers in Malaysia.