Vapes and e-cigarettes are getting more popular in Malaysia, especially the type of vapes with pod systems. Not very surprising, since some see it as a less smelly, more convenient replacement for ciggies, and e-cigs have been prescribed in places like the UK and Australia to smokers who wanna quit. We’re not here to encourage anybody to start vaping, though – there hasn’t been much research done for us to know what the long-term effects of vaping are since it’s so new, while the effects of ciggies has been studied since the 1930s.

Plus, lurking in the background of the e-cigarette industry, is a menace that not only threatens the health of its consumers, but also the entire industry itself – “compatibles” and counterfeit products catered to vapes with pod systems. This Cilisos writer actually uses a vape with pod system, and he was shocked to hear that there aren’t any proper laws in Malaysia that regulate the manufacturing and sales of these “compatible” and counterfeit products. Even more staggeringly, industry players like the Vape Consumer Association of Malaysia (VCAM) and Malaysian Vape Chamber of Commerce (MVCC) are the ones who are lobbying for regulations, BUT they’ve got good reasons to do that. One of them is that… 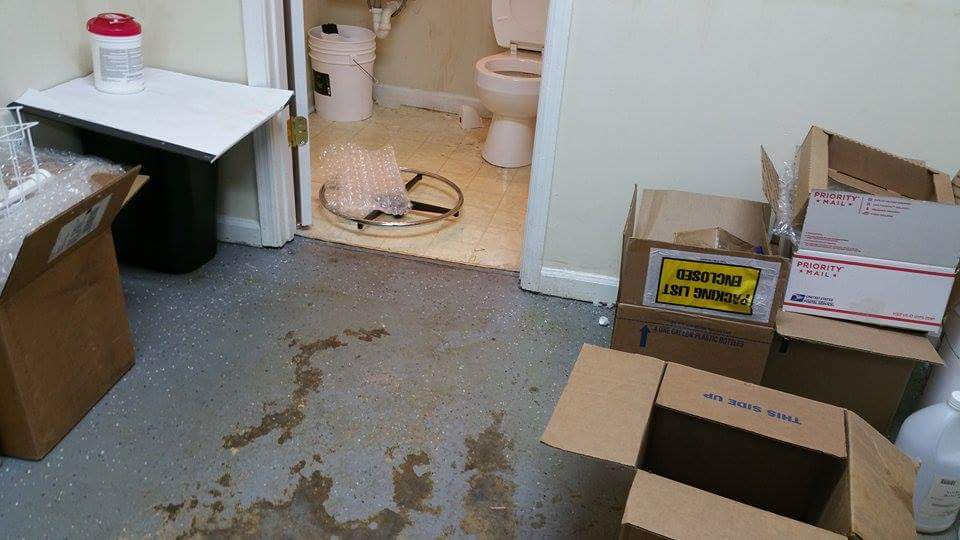 You sure this isn’t Walter White’s meth lab from Breaking Bad? Img by Vaporvanity

Lots of vapes nowadays use the pod system, which come pre-filled with e-liquid that usually contains propylene glycol (PG), vegetable glycerin (VG), flavoring, and nicotine. That goes for both legit and cetak rompak pods. There’s a couple of crucial differences between the two, though… To begin with, there’s the manufacturing process. Where legit vape makers make sure devices, pods and the e-liquid itself are safe for consumers, off-brand manufacturers are somewhat lacking in that department.

Most of these compatible pods are manufactured in make-shift manufacturing facilities with no quality control standards and often use recycled or discarded materials. – Tengku Aslahuddin, President of the Vape Consumer Association of Malaysia (VCAM)

According to Tengku Aslahuddin, factories that produce counterfeit vape products are frequently found to be unsanitary and poorly managed, allowing unscrupulous, shady vape companies to price their products low to attract unaware consumers, while pushing the fact that their ciplak vape pods are compatible with original vape devices. A lot of these “compatibles” and counterfeit vape pods also aren’t labelled properly, which brings us to…

Cetak rompak vape pods can be crazy harmful to humans

Popcorn lung (it’s an actual disease) has been linked to vaping. Img by Vapingvibe

If you’ve been vaping cetak rompak pods, boy do we have bad news for you. Many of these vape pods are filled with e-liquid with either poorly researched or even downright dangerous ingredients, such as pesticide that aren’t stated on the labels. Even nicotine content, the stuff that’s supposed to be in the e-liquid, is sometimes mislabeled, as revealed by a 2018 Malaysian research paper which found that 87% of the samples tested didn’t contain the nicotine level stated on the label, with a majority being lower than advertised.

Not getting your money’s worth is the least of your concerns though. Remember “popcorn lung”? This vape-related illnesses landed over two thousand victims in hospitals in the U.S. in 2019; and that, in turn, caused a frenzy in our local media. It was originally blamed on the popular JUUL vape pens, but later investigations found that the illnesses were actually linked to the use of compatible or altered JUUL. There aren’t any known cases of vape-related popcorn lungs in Malaysia yet, tapi one guy did get fungus in his lungs.

What’s even more alarming is that you don’t even have to be vaping some of these third-party e-liquids to enjoy their adverse effects; just inhaling them is enough:

You might be asking, “Walao, why hasn’t the gomen implemented a blanket ban on pod vapes yet?” Woah, woah, hold up. While that is a suuuper understandable knee jerk reaction, a complete ban on vape products could bring more harm than good. If the gomen fully bans vaping.

No, really. Banning something when there’s a demand for it has proved to be like taking a sledgehammer to a kacang putih. We’re gonna use omputih examples (again) here; bear with us. From the 1920s till 1930s, the U.S. had what’s known as the Prohibition – a ban on the making, selling and consumption of alcohol. It was done in an attempt to curb crime, reduce corruption and solve social issues, but what the White House didn’t expect was the overall increase in illegal alcohol, gang violence and other crimes during the Prohibition.

Tengku Aslahuddin had a more recent example for us, one more closely related to vaping. In 2018, an American e-cig startup, JUUL, had to stop selling some of their flavored products due to pressure from the Food & Drug Administration (FDA). There was a void in the market, it was asking to be filled, and it was; by third-party brands that made products compatible with JUUL devices. These third-party vape companies manufactured unknown quantities of products, and to less-than-stellar standards, opening a whole new can of worms for the U.S. gomen.

Based on the study, it is evident that if we push for a complete ban of a certain product, we are opening doors for the illicit market to thrive as they respond based on the demands of the consumers. – Tengku Aslahuddin

Some of the counterfeit pod factories did get raided, and investigators found that liquids in dirty containers were squirted into pods using ketchup bottles. These pods were then sold at a higher price than what the originals used to cost because these fake fruit-flavored vapes were deemed “rare”.

So, what can we do about counterfeit and “compatible” vape products here in Malaysia? Well…

Our gomen is working on new laws to regulate the vape industry, but… Certain vape products have QR codes that you can use to check if they’re ori or not.

…These proposed laws seem to only cover the use, sale, promotion and health-related labeling of non-nicotine juices. As a matter of fact, the Budget 2021 announcement included a tax of RM0.40 per ml on vape juices, but the guidelines released by the Royal Malaysian Customs specifically mentioned that this only applied to vape juices that didn’t contain nicotine. That’s pretty weird, since the MVCC cites that more than 97% of vape juices sold in our country contain nicotine…. meaning the whatever laws our gomen have in the pipeline won’t end up very effective at all.

Another punch in the gut (punch in the lungs?) is that Malaysia does have a piece of legislation in place that restricts the sale of nicotine-based vape products: the Poisons Act 1952… which is why you can only find 0% nicotine pods at the official sales channels for most well-known brands.

“The Government has already announced in the Budget 2021 that starting 1 January 2021, excise tax is imposed on vape products. While MVCC sees this as a step in the right direction towards regulation, more importantly the tax regime needs to be broadened to also include e-liquid containing nicotine and be complemented with regulations especially in relation to allowing and regulating the use of nicotine in e-liquid” – quoted from Study on the Malaysian Vaping Industry, by the Malaysian Vape Chamber of Commerce (MVCC)

S0… until the day proper regulations are put in place, we’d like to caution all y’all smokers and vapers out there to get your fix from authorized vendors, and check for the item’s authenticity whenever you can. If you’re not a purveyor of nicotine, be good boys and girls, don’t start.