Slightly more than two months ago, the Pakatan Rakyat coalition was officially declared “dead” following a disagreement between DAP and PAS over the enforcement of Hudud law in Kelantan,

However, the ex-Pakatan Rakyat coalition seems to have pulled a Gandalf (from LoTR) by dying then coming back to life in a slightly different, stronger (hopefully) form – but without PAS. 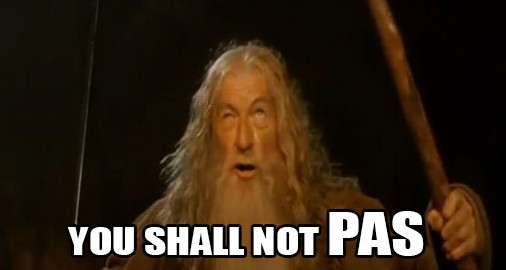 This new coalition, called Pakatan Harapan (PH), is the newest iteration of the Opposition coalition, comprising of DAP, PKR, and newly formed Parti Amanah Negara (previously known as Gerakan Harapan Baru). The story of how PH came about is pretty convoluted, but thanks to a few hours spent reading breakup stories on YouBrokeUpHow?, we realized that the whole saga sounds exactly like a teenage love-breakup story!

So that’s exactly how we’re gonna write it! (But with no numbering la cos who numbers their diary entries -___-)

UGHHH. My first day in this new school SUCKED. I didn’t know anyone. I was so lame. Even worse… the cool kids kept picking on me. I’m so alone! I hate this!!! :'( “

After the imprisonment of Anwar Ibrahim, Keadilan first started out in 1999 as a platform to support the Reformasi movement. They later realized that a proper political party was needed in order to challenge the BN government and set out to form one. They were only properly set up after the 2004 General Elections due to numerous issues with the Registrar of Societies, which they claim were purposefully stalling the process.

OMG. Omgomgomomg. I AM TOTALLY FUHREAKKINNN OUT!!! I can’t believe what just happened!!!

OK. John is like THE COOLEST guy in school. I’ve seen him around before but lately, he’s just been so incredibly hard to miss with his manly hair and sexy smile… hashtag YUMZZZ! But at the same time he kept talking about how he wants to change the world and make it a better place. OMG *SWOON*

So today I bumped into him at the library and said I liked the same stuff too, so… we exchanged numbers!!! Omg I’M DYING here smh literally goin crazy now hELP! We’ve been texting each other all night!! And he asked me to be his GF!!!! OMGGGGgggg CAN’T BREATHE CAN’T SLEEP AAAAAAHHHH!!!!!! <3

The Reformasi movement in 1998 also attracted the attention and involvement of NGOs and other opposition parties  – notably PAS. This led to the formation of a coalition comprising of PAS, DAP, Keadilan, and the Malaysian People’s Party in 1999 under the name “Barisan Alternatif“. They cooperated to contest only one candidate in each constituency in the 1999 General Elections.

I’m really heartbroken… John and I… we’re over. Nobody supported our relationship, and I think he’s seeing one of the popular girls…. I dunno. I just think that after all these while, maybe we’re just not meant to spend the rest of our lives together. I feel so empty, disappointed and hollow inside, I don’t even wanna talk about it to anyone.

I just can’t believe we just broke up. My life feels over now…. my world has ended…. I want to walk in the rain so nobody sees me crying…….</3″

Following the disappointing outcome for DAP in the 1999 General Elections which saw Lim Kit Siang and Karpal Singh lose their seats due to suspected loss of support from Chinese voters over their alliance with PAS, the party withdrew from Barisan Alternatif in 2001. Further infighting led to the alliance being dissolved in 2004.

So it’s been a while… But OMG. Something was tapping against my window, and when I looked out, I saw John! <3 He wanted a second chance! He said he’d change! Like an old-school sweetheart, he made a pinky promise to me. I knew it, we were meant to be.

In 2008 DAP, Keadilan (by now popularly known as PKR – Parti Keadilan Rakyat), and PAS regrouped and formed a new coalition known as Pakatan Rakyat. The three parties published a joint manifesto/master plan known as the Buku Jingga. The exclusion of Hudud law from the Buku Jingga led to PAS being challenged and criticized for giving in to DAP’s demands.

Guess what. Prom night is coming up and bae & I are gonna win Prom King & Queen, for sure! I think we’re like some power couple now…. People keep talking about us, so I’m sure we’re gonna kick the cool kids’ a$$.  They don’t stand a chance!  😎 ”

In comparison to the 1999 election results under the Barisan Alternatif alliance, Pakatan Rakyat fared much better in the 2008 General Elections. Although they still faced difficulty in getting registered, they became a beacon of hope to those looking for a change in government. Pakatan Rakyat also won the popular vote for the 2013 General Election, so things were looking positive…

I AM SOOOOO HEARTBROKEN. I CAN’T EVEN.

We didn’t win Prom King & Queen!!!! And that’s just one part of the problem…

John’s been MIA a lot lately, I think he’s hanging out with Alicia and the cool kids. I don’t know what’s going on, I think we just can’t get over our differences. We tried to talk, but there’s just too much distance between us this time.

Although they caused historic losses to the ruling BN party in GE13, Pakatan didn’t manage to unseat BN from power. Also, things soured when PAS pushed for and got Hudud law past Level 1 voting in the State Legislative Assembly despite it being against the policies set by Pakatan Rakyat and not discussing it with other Pakatan leaders. This, along with the Islamic party’s previous statements that they were willing to work with UMNO on Islamic administration, led to DAP announcing that Pakatan Rakyat was officially dead.

I have a new bae, Rudy. <3 In some ways, John and Rudy are kinda like the same person… but I think Rudy won’t break my heart like John. I think John’s seeing Alicia, one of the popular girls in school. He said I’m crazy to be thinking that but wateva…

I’m giving Rudy my heart…. after all, YOLO right??”

A new hope literally came in the form of Gerakan Harapan Baru (GHB) – a splinter group comprised of progressive PAS members who were either ousted from or left the party. The group was officially registered as Parti Amanah Negara (Amanah) and is part of the new opposition coalition. While PAS declined to be part of the new coalition, they stated that they will remain committed to the Opposition and will continue working with PKR although they’ve also stated that they will selectively support some UMNO policies such as those related to delineation, Malays, and Islam. 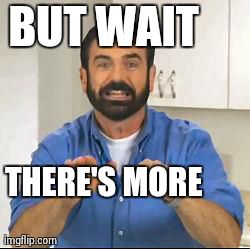 Okok. We know the it was getting annoying. Now let’s move to more serious questions, like:

Will this new relationship work out? We like to think that we learn from our past relationships, that we’d know how to handle the next one or, if not, the one after that. But chances are, despite the tips and neverending advice columns, the reality of it is that we probably never will. What we can learn is more effective communication, understanding, and ways to resolve conflicts.

While it’s still too early to tell, there have already been some warning signs that Pakatan Harapan (PH) is some sort of a rebound relationship – a hasty substitute for the void left by the previous relationship – which generally never lasts long. We can point out at least three reasons why PH is fighting an uphill battle:

1. Even some leaders from the Opposition parties were critical of the new coalition.

Some Opposition leaders interviewed by The Malay Mail Online weren’t exactly optimistic, asking how PH is different from Pakatan Rakyat, commenting frameworks and policies haven’t been solidified while friction from the previous coalition have yet to be ironed out, and that, in a nutshell, the formation of the coalition was rushed.

“It was impressed at the meeting that they should not make any announcement (about Pakatan Harapan) … But now they’ve jumped the gun, with a hasty announcement… no details except for wanting Datuk Seri Anwar Ibrahim as prime minister. How is this different from Pakatan Rakyat?” – Unnamed senior PKR leader, as quoted by The Malay Mail Online.

2. The public’s response to Pakatan Harapan’s choice of PM is potato. 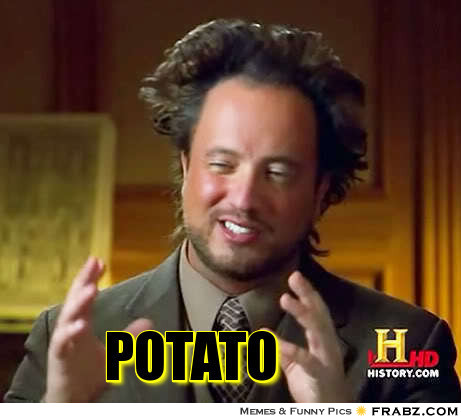 Aside from the legal and practical implications of Anwar’s prison sentence (which also prevents him from being directly involved in politics for 5 years), observers and political analysts noted that reactions from online users to the news was lukewarm, perhaps even detrimental to the new coalition:

“When Anwar’s name came up as the future prime minister, I didn’t see any excitement. It seems like the public doesn’t care about Anwar any more. … It appears as if Anwar has lost his wow factor, and the announcement that he would be their future prime minister has had a negative effect.” – Mohamad Hisomuddin Bakar, executive director of Ilham Center, as quoted by The Malaysian Insider.

3. PH appears weaker than Pakatan Rakyat…. and no PAS! Mohamad Hisomuddin Bakar, the executive director of independent think-tank Ilham Center, also noted that Pakatan Harapan “appeared weak and Malays felt that even UMNO was firmer in its stance.”

While Amanah can be seen to be taking PAS’s place within the coalition, it’s also new with an unproven level of support. On the other hand, PAS was noted to have played a crucial role in swinging Malay voters to the Opposition’s side. If you’d like an idea of how much of a role PAS plays in drumming up support, one common reason cited for the lack of Malay presence at Bersih 4.0 was due to PAS sitting out the event due to the Pakatan breakup.

Despite PH’s statement that they’ll leave the membership door open to PAS, the odds of this happening is slim since Amanah are seen as traitors (cause many of them left PAS). The possible good news? PAS says that they aren’t ruling out the possibility of working with PH for the sake of the next General Election.

PH’s relationship status is complicated, but it’s really too early to tell.

Of course, not everything’s negative as PKR’s Serdang MP Ong Kian Ming has written a counterargument to most of the criticisms presented, which you can check out here.

This paragraph is entirely our opinion since we can’t find anything to corroborate this view, but Amanah’s more progressive stance might sit better with DAP and PKR as well as being a crucial deciding factor for those still afraid of PAS’s Hudud agenda. In short, compared to the vastly different views and agendas held by the component parties in Pakatan Rakyat, this new coalition might end up being a little more… neutral. Like PH neutral. Again, it’s still too early to tell how if Pakatan Harapan will result in a happy marriage or a fling ending in tears, but – as can be seen with Barisan Alternatif and Pakatan Rakyat – it really depends on the individual parties themselves. Past experience has already pointed towards the coalition parties being its own worst enemy with the previous attempts falling apart due to in-fighting.

However, this may not entirely be a bad thing in the sense that at least we know that the parties are holding true to their individual policies and goals so it would be a matter of time before they come to a strong, workable agreement. It may or may not be with Pakatan Harapan, but who knows, maybe third time’s the charm.