So one of our Soscili writers sent us an image that’s been making its way around social media of a bunch of Chinese people dressed up in unusual costumes marching through what they claim to be Putrajaya for Merdeka, with comments indicating the ‘state of the PH government‘ and the growing influence of Chinese in Malaysia.

Our first assumption when we saw the image was that it was fake, because the Chinese in the photo didn’t look Malaysian, and their outfits weren’t familiar to any of the local cultures.

So first we loaded the photo on Google Images

No matches for the exact photo, but then we searched for “Chinese parade blue”, and one parade of Chinese people in Washington USA came up…

Wah… and they’re from stock image sites like Alamy and Dreamstime. Even online, there are entire threads dedicated to decipher whether or not this image is real or fake, citing the occurrence of flags in the background, and landmarks around Putrajaya…

While all these COULD be photoshopped, then we came across a video.

And yes, as far as we can tell, that REALLY is Putrajaya, and yes the parade really happened

So we’ve seen this video uploaded a few times and we’ve done photo comparisons to note that YES, that is indeed this Putrajaya building in the background, called Suasana PJH – even the same Malaysian flags are there. The paraders are actually from an organisation known as Falun Dafa (also known as Falun Gong), which according to Wiki are “a Chinese religious spiritual practice that combines meditation and qigong exercises with a moral philosophy centered on the tenets of truthfulness, compassion, and forbearance (Chinese: 真、善、忍)”.

However we couldn’t find any information on whether or not they had the parade on 31st August 2019 – there’s no photos of it on their social media, on any of the Falun Dafa pages or followers – strangely the only posts are from individual FB accounts, mostly from the Malay community. 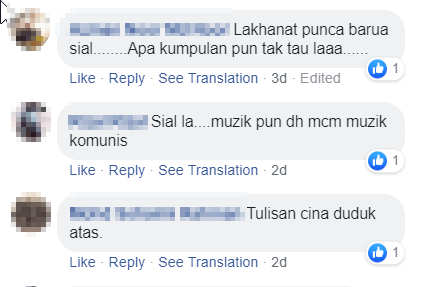 And the comments they had were mostly talking about growing Chinese influence with the new PH government. So Falun Dafa isn’t just a neighbourhood community. The movement started in northeastern China in 1992 by Li Hongzhi, during a time where qigong (what the Tai Chi aunties do in Malaysian padangs) was fast gaining popularity. They’re actually viewed quite positively around the world for spreading messages of the virtues of being good people through meditation and exercises. Well, positively except for the country they were originally from.

At their peak in the 1990s, they numbered over 70 million members in their home country of China. So big in fact that the Chinese government viewed them as a threat – and allegedly used state-run media to portray them in a negative light. Another popular theory is that China’s premier at the time, Jiang Zemin, was looking for a boogeyman to rally his political base. 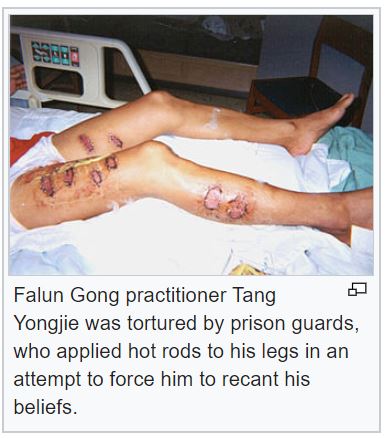 Whatever the reason, Falun Dafa then organised a massive 10,000 strong protest in Beijing, which eventually led to the Chinese government declaring Falun Gong as a “heretical organization” that threatened social stability, jailing thousands of their members, with even allegations that 2000 of them were tortured to death, some allegedly used as unwilling organ donors!

Today, Falun Gong founder Li Hongzhi is based in New York, and Falun Gong has chapters all around the world, spreading concepts of karma and virtue. So yes, that image with the identical costumes was actually from their Washington DC chapter. Very often, they protest against their persecution in China, which puts Malaysia in a sometimes awkward position – so much so that even KL Hawkers (yes, chinese ones too) have protested against them. Image of Falun Dafa Parading in Putrajaya in 2016… from investigating.wordpress.com

Here they are parading at the Royal Floria Putrajaya in May 2016, which is sponsored by Perbadanan Putrajaya, and cosponsored by the Federal Territories Ministry and the Ministry of Tourism and Culture Malaysia. A clipping, alleging that the Malay community enjoyed the set as well – From investigating.wordpress.com

They’ve also performed on National Day in 2012 in Shah Alam, in similar traditional garb, as well as Johor, Penang, Sabah and a whole bunch of other states in Malaysia. Falun Gong performing at a National Day Parade in Shah Alam in 2012 – Image via minghui.org

Yes, they’ve also faced persecution locally, with communist accusations, and their billboards defaced, but based on the pictures and the news, the response has been largely peaceful.

To be honest, when we started writing this article, we thought the photos looked unlikely, and, it was the usual fake-news accusation that we often attribute to cybertroopers. But when we found out that the pictures were real, the truth was even more startling…

That Chinese people parading in religious garb on Merdeka Day has barely been an issue before.