[The original article was written by SOSCILI. You can read it here in BM.]

Being quite closely tied to the matter of race, the topic of vernacular schools is a sensitive one. Perhaps because of that, political leaders are still divided on the subject of whether to keep vernacular schools, or to opt for a single school system for all students.

One of the more vocal supporters for abolishing vernacular schools is none other than Khairy Jamaluddin (KJ), who has consistently pushed for a one school system for Malaysian students. During a debate with Rafizi Ramli in U.K, KJ presented his view on the situation.

In a National Transformation 2050 forum, KJ even commented that for a single school system to exist, Sekolah Berasrama Penuh (SBP) and all other types of vernacular schools would need to close down. Naturally, he received some backlash for his comment. 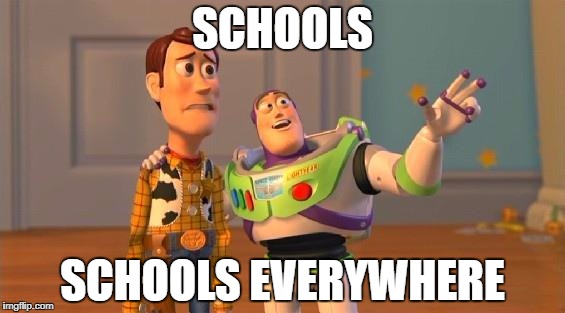 Before we go any further, we should make it clear that vernacular schools are schools that teach using their respective mother tongues, something that was first introduced during the British colonial times. But as Malaysia’s largest ethnic group, would the Malays be cool with KJ’s idea? Our cousins at SOSCILI asked 5 ex-Malay students from different schools what they think about it.

1. “Once we got to know each other, everyone was okay.” – Reen (27), Sekolah Jenis Kebangsaan Cina

I was one of the Malays studying in a Chinese school. I started my education in Sekolah Rendah Jenis Kebangsaan (C) Yu Hua and later continued at Sekolah Menengah Jenis Kebangsaan Yu Hua. In both these schools, Chinese were the majority and less than 10% were of other races. In primary school, the main medium of learning was Mandarin. English and Bahasa Melayu was taught in other language classes. But in secondary school, the main medium was Bahasa Melayu.

Based on my personal experience, there is peace between the races in Malaysia and there are no serious problems. Sure, Chinese and Malay students had their differences during primary school, but it was because we haven’t got to know each other yet. Once we knew each other more, everyone was okay. 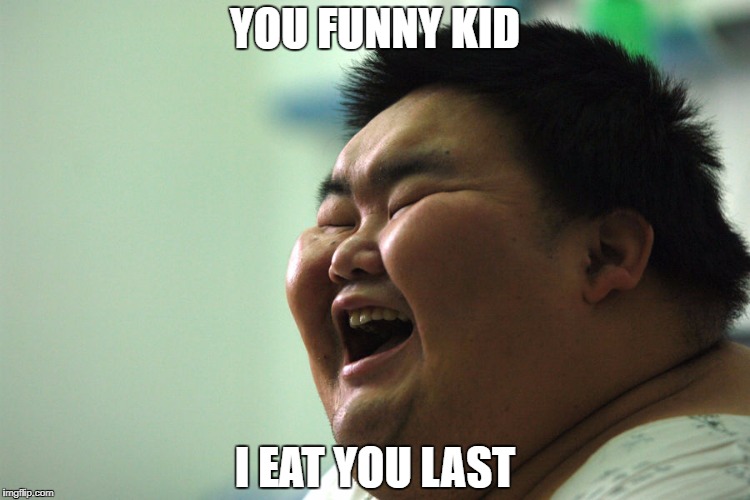 I disagree with closing down vernacular schools. Maybe a change in policy to increase the quota of Malay students in Chinese Schools, but not to close it down completely. We have to celebrate our racial diversity in Malaysia. Besides, having different kinds of schools around creates healthy competition.

2. “We don’t want to admit to being racist,” – Fadzly Basar (27), Sekolah Menengah Kebangasaan

My primary school was Sekolah Kebangsaan (SK) Mahmood Iskandar, almost all the students were Malays, and some were Indians. In my secondary school, Sekolah Menengah Dato Pengawa Barat, 80% were Malays and the rest were Chinese. When I got to University Islam Antarabangsa, it was all Malays and international students. Now I’m working in Pusat Asasi UIAM, its a multiracial and multinational environment.

When you have all kaum categories in your office. Image from twitter

In Malaysia, we live in a sort of peaceful division. Many Malaysians have resentment for other races, but they don’t want to admit it. We don’t want to admit to being racist, but we end up with stereotypical behaviour instead. Even myself, I’ve never called Indians dirty in front of them. But when I see Indians littering, racist things come to mind. This silent hatred is dangerous, like an active landmine.

The education system is not the thing causing weak racial integration, but education in schools does shape our society. To some degree, vernacular schools do contribute to the problem of unity.

Malaysians are tied to the social contract, that everyone agreed to a long time ago. The other races have to acknowledge the special rights of Bumiputeras, and the Bumis cannot prevent the non-Bumis from practicing their language and culture and setting up SJK schools. If SJKs are to be abolished, Bumiputeras have to also be willing to give up their special rights.

I studied primary school in Sekolah Rendah Balai Besar, secondary school in Sekolah Menengah Agama Sultan Ismail Dungun and later did SPM, STAM and Sijil Tahfiz at Institut al-Quran Terengganu. The schools I was in were 100% Malays. But at University al-Azhar in Egypt where I studied, the students were multiracial and came from all over the world.

My colleagues are also all Malay. I work in Dungun and was also raised here, all the races live in peace here and we respect each other. Racial relations are very harmonious here, and I think it’s the same in Malaysia. It’s just that sometimes, some issue gets very heated and that stirs everyone a bit. The best reply you can give to a troll.

I studied in MRSM Kuantan where almost 99% of the students were Malay. As far as I can remember there were only 2 or 3 students in my batch that weren’t. In Universiti Islam Antarabangsa, the students were Bumiputeras and international students.

MRSM is like a school for the really smart kids apparently. Image from mypt3.com

There’s a racial problem in Malaysia because of government policies, and vernacular schools should be abolished because it is affecting racial harmony in Malaysia. There has to be a single school system so that all the races can understand each other better, and so that no race will feel left out.

But I disagree with closing down SBP, MRSM and religious schools. Besides improving the system that we already have, the government should make sure that SBP and MRSM return to its original objective of helping rural and poor students, and extend the aid to students of all races. Religious schools on the other hand need to encourage non-Muslim students to study in Islam religious schools. Student should also study about other religions in these schools.

Malaysia is peaceful for now, but occasionally small quarrels break out because of some personal interests. Vernacular schools shouldn’t be closed because it’s important for Chinese and Indians to keep their culture living on. Malays want to keep our history alive, and its the same for other races. 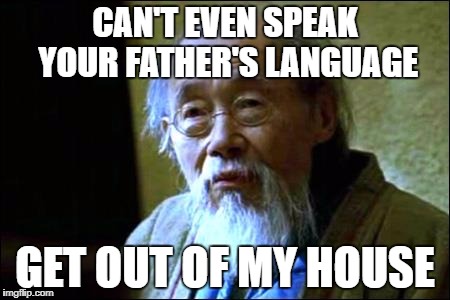 It’s a good idea to set up a one school system, but it doesn’t have to come at the price of closing vernacular schools down, including SBP and MRSM. These can just serve as choices for the society to pick what they think is best for them and their next generation.

Our gomen has actually tried many policies, but with little success

One of the more famous initiative the gomen has tried was “Sekolah Wawasan“. Basically, the plan is to bridge the racial gap between students of different races, by using actual bridges. Two to three different schools will be built in the same compound, and they are joined together using “link-ways“. The school will also share the same facilities and all activities will be held together. 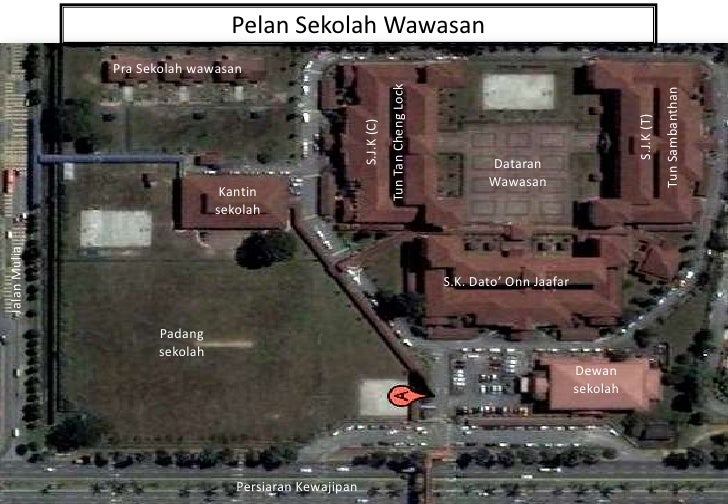 What a Sekolah Wawasan looks like, to a bird. Image from slideshare.net

The gomen also tried Rancangan Intergrasi Murid Untuk Perpaduan (RIMUD). It will bring students from different schools together to do co-curriculum activities everyday. So kinda like the Sekolah Wawasan, but without the bridges and schools. Then there was PLKN, or National Service, which also aims to promote racial unity, and not just for kids to brag about firing a M-14.

“The training and experiences learned from PLKN will instill unity, character, and leadership qualities in our trainees that will benefit them their entire life.” – Datuk Abdul Rahim Bakri, deputy Defense Minister, quoted from Sinar Harian

But even among Malaysians, the opinion on vernacular schools is divided

From the 5 people interviewed for the article, almost all agreed that there needs to be a change in policy to strengthen racial unity in Malaysia. But when it comes to whether to end vernacular schools or not, opinions were more mixed than the feelings this nasi lemak cake induces.

“Having so many different streams of education doesn’t help Malaysians fully absorb the meaning of being a single unit. If people are separated from young by different systems and language, it will be harder to achieve an understanding when they become adults.” – Prof Emeritus Tan Sri Khoo Kay Kim, quoted from MStar

On the other hand, CEO of IDEAS (Institute for Democracy and Economic Affair), Wan Saiful Wan Jan thinks that instead of closing vernacular schools, we should be improving the quality of schools we currently have. He also adds that the rush to push for a single school system is doing more harm than good to racial unity.

“Must we abolish all other types of school for the one school system to exist? Can you imagine the uproar and disorder if you went down that path? It will only make things worse than they are now.” – Wan Saiful Wan Jan, quoted from Menara.my

The way it is now, it’ll be a long time before a solid decision can be made. Still, we’d like to know how what ugaiz think about it. Are you for a one school system? Do you think vernacular schools should be maintained?

Share this article:
NAH, BACA:
These Malaysian sportsmen tell us why the govt won't fund your charity trip