Every country has laws that protect employees, and that’s including Malaysia. In many cases, if you end up getting fired for no reason, you are entitled to file an unfair dismissal claim with the relevant labor authorities here, which is usually the Industrial Relations Department (IRD), and then the department will try to sort it out for you.

However, that’s not exactly the case with this fella here, Subramaniam Letchimanan, who was allegedly dismissed unfairly from the US embassy. 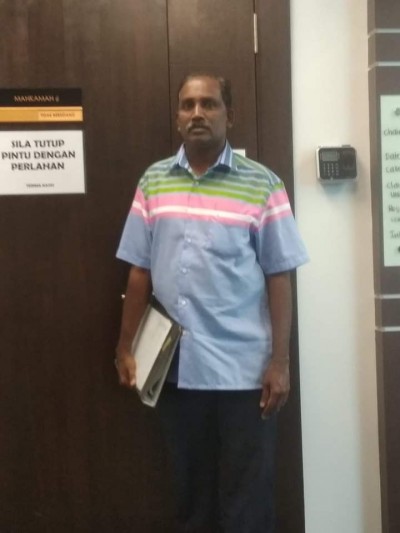 Apparently, after having worked 20 years at the US embassy in Malaysia, Subramaniam was unfairly dismissed from his position as a security guard in 2008…without a proper reason or explanation. So he did what any person would do: he sued the US embassy. But instead of his case getting resolved by the IRD, he’s now ended up suing the US government itself 12 years later! His case also somehow caught the attention of Parti Sosialis Malaysia (PSM), who began trying to help him out.

To get a clearer picture of Subramaniam’s story, we’ve gotten in touch with the PSM deputy chairperson S Arulchelvan, more commonly known as Arul. While we’ve tried to contact the US embassy to get their side of the story, they told us they’re not at the liberty to comment because the case’s still ongoing and they can’t reveal much, so please do keep in mind that this is just one side of the story.

So what went wrong with Subramaniam’s case? Well, to start with, it’s this one little thing called diplomatic immunity. It’s actually a pretty long story, but let’s first understand what Malaysian labor laws are pertaining to unfair dismissals.

And it turns out… As we’ve mentioned earlier, if you’re ever unfortunate enough to be terminated from your job without a proper reason or explanation, the first thing you should do is write a letter to the Director General of Industrial Relations (DGIR) under Section 20 of the Industrial Relations Act 1967 (IRA) for unfair dismissal.

And if all goes well, an employee can get a compensation with one month’s pay for every year of employment. For example, you get 30 months of your salary if you’ve worked for 30 years. But there are other forms of compensations as well, like being compensated with the salary you’d have gotten if you hadn’t been dismissed.

All these seem well and good for unfairly dismissed employees, and, according to Arul, Subramaniam did write a letter to the DIGR, so what went wrong? Well, here’s where this thing called the Vienna Convention comes in, where it states that…

Embassies and high commissions have diplomatic immunity in foreign soil No, not the ice cream. Image from KL foodie

Okay, so this is the very diplomatic immunity we were talking about earlier that kind of made things a tad bit complicated for Subramaniam.

The Vienna Convention of Diplomatic Relations 1961 is actually an international treaty providing a structure for diplomatic relations between countries, which specifically gives a diplomatic group of people privileges to work without fear of coercion or harassment in the host country.

This treaty was adopted in 1961, meant to regulate international diplomatic relations. Essentially, the Vienna Convention stipulates that diplomats traveling to foreign countries can enjoy a special status. A diplomat is considered a special guest, their communications with their home country are confidential, and they are immune to coercion and criminal prosecution in the host country. And it works in Malaysia because we actually ratified it in 1965. Federation of Malaya at the General Assembly to discuss the Vienna Convention. Image from Audiovisual Library of International Law

The Vienna Convention actually did quite a lot for international diplomatic relations. It set out a proper conduct of diplomatic interactions, reducing unnecessary complications between a diplomat and the host country. But sometimes it has also done some…not good stuff.

For example, when North Korean leader Kim Jong-Un’s brother Kim Jong Nam was murdered in KLIA in 2017, it was suspected that a North Korean diplomat in Malaysia was involved in his murder, but Malaysian government couldn’t really arrest him because he enjoyed immunity under the Vienna Convention.

“In fact, he will not only be immune from criminal court jurisdiction but also enjoy inviolability.

That means we cannot violate his person, property or even cars.” – UKM associate professor Dr. Haniff Aha­mat, as quoted by The Star in 2017

And as you can probably tell, the treaty’s not really helping Subramaniam’s case either, since the US embassy apparently kept bringing it up to avoid fighting the case in court. And the treaty does provide diplomatic immunity to the US embassy, but keep the ‘diplomatic’ part in mind because we’re gonna talk about in a bit.

So now, because of the diplomatic immunity…

Well, after finding out that he was sacked within only 24 hours with barely any explanation, Subramaniam eventually went on to write a letter to the Director General of Industrial Relations (DIGR) when the US embassy kept blue-ticking him.

According to PSM’s Arul, it was a “blatant case of dismissal without due process“. But even after writing a letter, the IRD didn’t respond, so Subramaniam decided to get more help by approaching PSM in 2010. And that was when PSM started to help him by approaching relevant government departments, such as the Human Resources and Foreign Affairs Ministry.

“In normal circumstances, the IRD will call for reconciliation meeting within three weeks but here it did not happen because he was fighting the US embassy – the world’s superpower.” – Arul

After a lot of back and forth, including being referred to the Foreign Affairs Ministry and filing an official complaint to Public Complaint Bureau under Prime Minister’s Department, Subramaniam and PSM basically got tired of getting blue-ticked and just wrote a letter to current HR Minister, M Kulasegaran, after GE14 to ask for his help in resolving the case. 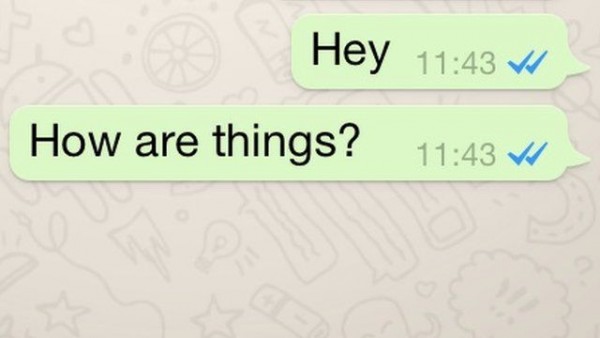 Blue-ticking should be illegal, while we’re at it. Image from BBC

It is believed that Kulasegaran referred the case to the Industrial Court, because Subramaniam received a letter stating that his case would be heard in the Industrial Court in May 2019. Except then the US embassy claimed diplomatic immunity under the Vienna Convention, which we’ve mentioned above. The US embassy further claimed that they were improperly named as a defendant.

“Due to the defective service, the United States is not a party in this case, will not file a response or appear at the hearing, and will not recognise the validity of any judgment that might be rendered against the US or in any way prejudices the interests of the US.” – US embassy, as quoted by Malaysiakini

At the same time, the US government has also filed an application to the High Court to dismiss Kulasegaran’s case all together.

And…the High Court ruled in the US government’s favor, dismissing Subramaniam’s case all together and insisting that the US embassy enjoys immunity under the Vienna Convention.

“PSM strongly feels that the court has failed to protect a simple security guard seeking justice from a powerful country.

With this judgement, it means the thousands of Malaysian citizens working in foreign embassies all over the country will have no protection under Malaysia’s law.” – Arul, as quoted by Malaysiakini

But Subramaniam’s not the first to enter a labor dispute with a foreign organization in Malaysia. There was one labor case in 2016 in which High Court actually ruled that… The US Embassy building in Malaysia. Image from The Star

Apparently, in 2016, there was a Malaysian woman who claimed to be unfairly suspended from her job at the Australian High Commission in Malaysia. And she basically did the same thing Subramaniam did and wrote a letter to the IRD, claiming unlawful dismissal from the Australian High Commission, only to have the IRD tell her that they have no jurisdiction because of diplomatic immunity provided by the Vienna Convention.

So they took it to the High Court, and the High Court ended up ruling in her favor, saying that embassies and high commissions aren’t immune to labor disputes, despite diplomatic immunity provided by the Vienna Convention. It further stated that the treaty only protects a diplomatic agent, as in an actual person, but not an embassy or high commission.

“The ruling is a first in Malaysia and will be a precedent for other local employees working in any foreign embassy or high commission.” – Human rights lawyer Edmund Bon, as quoted by The Sun Daily

Us after seeing the two cases.

As you can see, this woman did in fact win her case against a foreign organization who claimed diplomatic immunity under the Vienna Convention as well. So now, using this woman’s case as precedent, Subramaniam has decided to appeal the decision to the Court of Appeal, demanding for the case to be reopened, and that’s how Subramaniam ended up suing the US government itself.

Subramaniam taking on the US government to the appeal court to fight the Immunity US Govt got after dismissing him … breaking all laws in the country pic.twitter.com/QmCa0FIgWP

After 12 years of fighting for Subramaniam, it doesn’t seem that PSM’s planning on leaving Subramaniam anytime soon, as Arul claimed that this case could be important in bringing relief to the other employees serving foreign embassies or high commissions in Malaysia.

“The case may look like a simple dismissal case, but it has some great consequences. The case will decide if workers working in the embassies will get any protection under our law, and secondly, it will put the whole question of sovereignty of a nation under question if we cannot summon a foreign government for exploiting our worker in our soil.” – Arul, as quoted by Malaysiakini

At the time of writing, we can’t be sure whether the Court of Appeal will rule in Subramaniam’s favor and reopen the case or dismiss it once again. What we do know is that the case has been ongoing for 12 years, and there doesn’t seem to be a clear end in sight for either Subramaniam, the US embassy, or the US government.