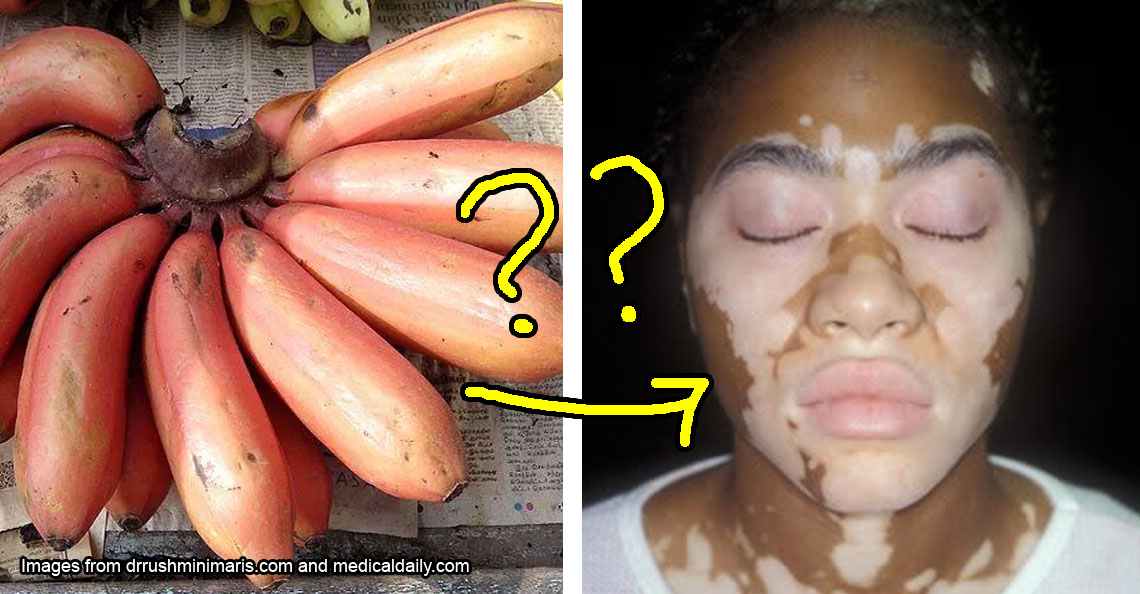 *This article was translated from Soscili.my. For the original article in BM, click here.

Legends and mystical beliefs are part and parcel of Malaysian culture. Warnings – such as, don’t sit on a pillow or else you’ll get boils, don’t play outside or the hantu kopek (titty ghost. no seriously) will kidnap you, don’t sing while you’re cooking or you’ll marry an old person – are handed down from generation to generation.

But there are some pantang-larang that applies only to a particular tribe of people, or only to the descendants of a certain person. Yeah, that specific. For example, did you know that the Rawa tribe cannot eat red bananas, otherwise they might be blighted with a skin disease? Here are 3 taboos:

1. People from the Rawa tribe will kena skin disease if they eat red bananas Bananas have lots of health benefits, like lowering blood pressure and reducing the risks of cancer and asthma, but not the red banana variety… not to people of the Rawa tribe! They believe that the red banana tree is an incarnation of a fairy princess, so they are never allowed to eat red bananas.

Once upon a time, a war broke out in the land. In the thick of the battle, a prince was badly injured, but he escaped and hid in the jungle. Resting under a banana tree, he fell unconscious as he had lost a lot of blood. When he came around later, he discovered that his wound had been treated by a woman. The prince returned to the palace after recovering and told everyone the story. He was told that the “woman” was actually the spirit of the red banana tree. Dun dun duuunn

The prince went back to the jungle to look for the woman, but all he found was the banana tree, whose fruit had turned red from his blood. In gratitude, he decreed that no one shall eat from the banana tree or cut it down, that’s why until today, the Rawa tribe don’t eat red bananas. Supposedly if they eat it, they believe they will be vitiligo, which is a type of skin disease that causes the loss of skin colour in blotches.

But can a person really develop vitiligo from eating red bananas? Your doctor might look at you funny if you were to ask that question. Actually vitiligo occurs when pigment-producing cells (melanocytes) die or stop producing melanin, the pigment that gives your skin, hair and eyes colour. However, doctors don’t know why the cells fail or die. It could be a disorder in a person’s immune system which attacks and destroys the cells, it could probably be heredity, or it could be a trigger event, such as sunburn, stress, or exposure to industrial chemicals.

In reality, red bananas, which go by the name pisang raja udang in Malaysia, contain more beta carotene and vitamin C than the standard yellow bananas. They’re pretty nutritious and you may not want to skip it because of an old superstition.

2. Pak Kaduk’s descendants cannot eat catfish or else they’ll get the itchies Ikan tapah is a type of freshwater catfish. Img from yushaniizh.blogspot.com

According to the ‘wise’ words of the old folks, there once was a guy named Pak Kaduk who lived in Perak. He was the new guy in the hood, having sailed there from Siak, Sumatera, 450 years ago, where he fell in love, married, and started a family. Now in those days, they didn’t have phones to play Candy Crush, so people found other means of entertaining themselves, mainly betting on cockfights. And Pak Kaduk was the village champ in this blood sport.

His fame was carried throughout the land, until it reached the Sultan’s ears. The Sultan challenged Kaduk to a match – if he won, Kaduk would relinquish his house and all that was in it…including his family. But if Kaduk won, the Sultan would give him a portion of the land and ruling power. Oooh the stakes were high! Confident that his rooster would win, Pak Kaduk agreed. Imagine his dismay when he LOST. 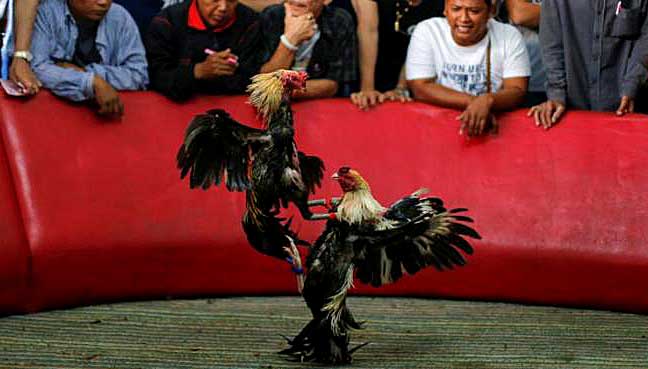 Well, a bet’s a bet. Pak Kaduk had to part with family and home and all he had left were the clothes on his back. He went by the river to ponder his folly when he found an ikan Tapah as huge as a man, washed up by the bank. Ikan Tapah is Wallago attu, a type of freshwater catfish, commonly known as the helicopter catfish.

The fish was alive but its belly was bloated. Pak Kaduk split the fish’s belly open and found…. a gold nugget! Taking it as a blessing from God, the grateful man sewed up the fish’s belly and released it into the river. He made an oath that neither him nor his descendants would ever eat or harm catfish. If any of his descendants ever break that oath, they would be cursed where their skin would itch, burn and swell. Wow, if we were one of his descendants we’d be so glad he didn’t find the gold in a chicken otherwise no more KFC!

“From this day on, I will never partake in cockfights, and I and my wife and children, my grandchildren, and my descendants will never eat, harm, or betray the catfish. Whoever breaks this oath will be cursed with itching, blisters, and swelling, but even if they do not experience this, they will still be cursed.” – Pak Kaduk’s curse, quoted from suaraperak.com

Pak Kaduk gave the gold to the Sultan to claim his family and house back and kept some of it for himself. So that is how the town of Tapah got its name – from ikan Tapah. Think this is just a fairytale? One of the descendants of Pak Kaduk in Perak claims to have what remains of the gold in the form of 3 squares brooches. Hajah Hasmah Binti Pandak Logam, a descendant of Pak Kaduk, claims to have the remains of the gold in the form of 3 brooches.

The gold is also said to be able to cure those who kena the curse of the catfish. The cursed one simply needs to drink water soaked with the 3 gold pieces. The story of Pak Kaduk has been turned into a poem, check out the performance in this video:

As far as we could find though, eating catfish doesn’t give you itch or blisters or swelling, though it might be bad for cardiovascular diseases.

3. The descendants of Raja Jembal are allergic to bamboo

The story of the Baby in the Bamboo (Hikayat Buluh Betung) has two versions, one that originates from Kedah and the other from Kelantan. It has even been turned into a black and white film. 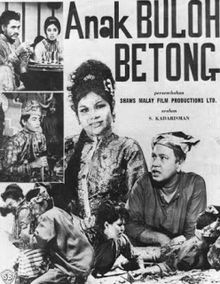 Released in 1966. Img from Wikipedia

The Kelantanese version is a lil’ different from the one from Kedah. According to the locals, the story began in the land of Raja Jembal, that was overgrown with bamboo. The bamboo grew very tall and large, so much so that the people used them as fortress to defend the city from enemy attacks. In those days, they didn’t have bricks yet, so they planted the bamboo all across the city, by the riverbanks and surrounding the king’s palace.

Because the bamboo was so important to the defense and protection of the city, no one was allowed to take any part of the bamboo as food or for any other uses. Now here’s some bamboo 101… bamboo is undeniably strong, stronger than even steel or concrete. In earthquakes, a bamboo forest is actually a very safe place to take shelter, and houses made of bamboo have been known to withstand 9.0 magnitude quakes! Again there is no scientific proof that any descendant of these two kings (or non-related persons, for that matter), would break out in allergies if they ate bamboo shoots – a dish popular among Malaysians. Raw bamboo shoots however could be dangerous if consumed coz they contain cyanide-producing compounds, similar to the cassava root. We’re pretty sure if any person were to kena cyanide poisoning, they wouldn’t break out in allergies and start itching. They’d uh die.

They’re only safe to eat if cooked properly. You need to peel away the outer leaves and slice the fresh shoots in half lengthwise, cut them into strips and boil in plain or salted water for about 10 minutes before cooking. The cyanide compounds decompose when boiled and blanched shoots are safe to eat.

Img from jennytonic on Tumblr There are plenty more of these taboos in Malaysia, besides the three we mentioned… some descendants are not allowed to eat a particular type of buffalo meat (called kerbau balau), or their whole bodies will swell up. Bruneian Malays in Sarawak are forbidden to eat patin fish because a patin fish had rescued a bunch of sailors who were shipwrecked. They’re not even allowed to touch the fish or disaster would strike and people still believe the curse to this day.

The Cagayan tribe from the Philippines who settled in Sabah are not allowed to eat grouper because in history, 3 siblings had been eaten by a giant grouper. Because of this, the grouper is considered cursed, and whoever eats it would die. Legend has it that a boy caught a grouper in the river and knowing about the curse (but disbelieving it), fed it to his 3 siblings – all of them died in their sleep. Unable to live with his guilt and his parents fury, he ran away from home.

Amazingly, there are some taboos that are family-specific that are recorded in a university study. For example, among the Melanau (an indigenous group from Sarawak), the family of Safia dan Masni Ibrahim cannot eat stingray or they’ll get bloated bellies. Pak Cik Deni and his family cannot eat ikan layong (dunno what’s the translation), specifically the yellow one or they would bleed from the nose.

Although these beliefs are held dear by these communities, families and individuals, it probably wouldn’t hurt to check the scientific facts. Apart from the tales grandmas scare their grandkids with, there has not been any recorded proof that anyone from the Rawa tribe developed vitiligo after eating red bananas or any of Pak Kaduk’s descendants breaking out in boils after eating catfish.

From a scientific point of view, people’s bodies sometimes react to certain food because of allergies. Almost any food can trigger an allergy, in fact, a person can suddenly develop allergies towards something or other later on in life, even in adulthood. As it happens, fish and shellfish are two of the most common foods that cause allergies (but NOT vitiligo, we should mention). That might explain why so many of these food taboos are fish-related 😀 Or it could just be grandparents pulling their grandkids’ legs. 😆