So recently, the small village of Janda Baik in Bentong, Pahang has been making the headlines, from the New Straits Times’ piece on how it’s the new favourite getaway destination for urbanites, to Malaysiakini’s article about UMNO’s secret training centre somewhere in Janda Baik teaching members ‘how to be a good opposition’.

However, this article about Janda Baik touches on neither of these issues. Instead, we’re going to be looking into something that represents an existential threat to the small village: TNB’s transmission lines project that might have severely damaged the environment surrounding the village. 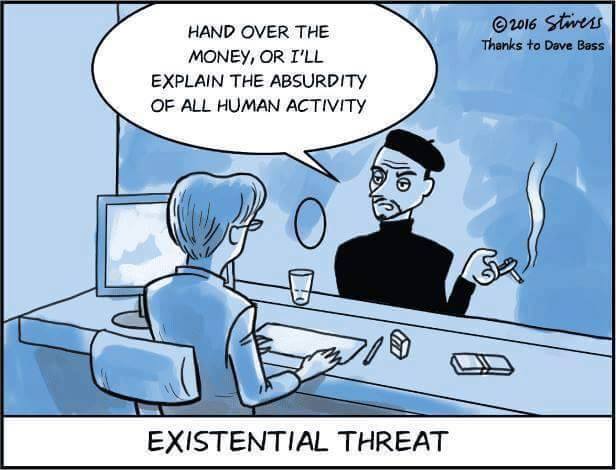 A popular village’s livelihood is at risk because of TNB

Now we know what some of y’all are thinking, “don’t let TNB build powerlines then we no power how? Use candle meh?!” Well okay, but perhaps to better understand the issue, let’s first take a look at the village in the center of the issue: Janda Baik.

The village itself has quite a rich history. It’s pretty clear that it has an odd name, like, no one just one day calls their town ‘a good widow’ out of nowhere. As it turns out, the story goes that Pahang royalty would regularly visit Janda Baik, or rather Kampung Tiga Haji – it’s original name. But in 1932, the then Sultan of Pahang visited the place, and after hearing a folk tale about a wife who left her husband and the village only to return a while later, decided to rename the place Janda Baik. It’s royalty-laden history aside, the current villagers of Janda Baik survive thru the eco-tourism industry. Like we mentioned earlier in the article, people from Klang Valley just love to visit the place for the picnic spots and riverside chalets. Indeed, there are a hundred resorts and chalets in Janda Baik and there’s even an official Janda Baik Resort Association for these chalet operators. It’s a pretty popular place, with weddings and family getaways a common thing in the township, as the nice chalets and scenic nature in Janda Baik make for good pictures and great memories. We don’t know this couple but congratulations on the wedding that you guys had in Janda Baik! Image from The Wedding Notebook

Now imagine if everyone in your town depends on this to earn a living, only for TNB to come by one day and pretty much bulldoze the nature that people come for. The problems for the villagers in Janda Baik began a few years back. In 2015, TNB began a project in Bentong South near Janda Baik to build 500kV transmission lines to Lenggeng and 275kV lines to Ampang. The project involved cutting down trees to make way for the lines and while correlation doesn’t mean causation, many believed that they overlogged the area, which ended up with a major landslide covering the Karak Highway late that year. The aftermath of the 2015 Karak Highway landslide. Image from The Star

TNB denied that the cable projects had caused the landslides. According to them, they had yet to start work on building the transmission lines at that point, and that the project site itself was almost a kilometer away too. But, it seemed as tho while TNB did not begin work yet, the area already had loggers clearing the land, and that it was TNB who contracted them.

“I understand the need to build high-tension wires there. However, they (the contractors) were cutting more than what they needed,” – Puan Sri Sharifah Sabrina, Protectors of Natural Treasures Associations (PEKA) president, as quoted by The Star

While the project was temporarily discontinued after the incident, the issue came up again in 2016 with Janda Baik villagers voicing out directly against the project. Villagers had been noticing that the rivers surrounding Janda Baik had started becoming shallow and polluted, and according to them it’s because of TNB’s cable project.

“Our main sources of income are ecotourism and farming, and we rely on the rivers for our source of water. If people stop coming, our source of income will be affected… We are not against the project. We just want to protect the environment,” – Mohd Rosli Norrashid, Janda Baik villager, as quoted by New Straits Times This used to be a river… only 90s kids remember. Image from AskLegal

Despite their concerns, the issue has only gotten worse for Janda Baik residents. In June of this year, the Janda Baik Resort Association joined the villagers in coming out against the transmission line project, stating that the project would involve chopping down plenty of trees, leading to the erosion of the river banks that Janda Baik’s chalets depend on.

NAH, BACA:
Two potential cures for HIV were found in Malaysian forests. Here's how we almost lost them.

Eventually, TNB did suspend land clearing activities on the 14th of August, and that they might still consider a different route for their cable project. However, as of 17th of August, Astro Awani found that logging activities were still ongoing, despite a stop work notice being issued a few days before. Janda Baik villagers showing the damage done to the nature around them. Image from Astro Awani

Now, before y’all start calling TNB’s 15454 hotline to complain about them ruining the environment, you might first wanna know that….

So we won’t be giving you the full details on the legal process TNB goes thru to build these power transmission lines, but we’ll give you the important stuff laa. You can however read more on it by clicking here for an article about it by our friends over at AskLegal.

Anyway, here’s the thing – TNB actually did go thru various plans to minimise the environmental impact of their project. Not only that, the plan that TNB eventually went with was approved by the Pahang state govt, and the Department of Environment had also issued TNB an Environmental Impact Assessment (EIA) report and an Environmental Management Plan (EMP) that further looked into and reduced risks to the environment surrounding Janda Baik.

And here’s the thing: for TNB to build the transmission lines, they’ll need to clear the forest first, so they hired loggers to do it. However, the loggers ended up violating the EIA set by the Department of Environment. But because the EIA only covers TNB and not the loggers they contracted, technically speaking, TNB didn’t violate any rules.

This writer’s brain trying to figure out what is happening.

TNB can still be held responsible for the actions of the loggers laa because TNB hired them, but TNB can also countersue the loggers. To add on to all the confusion surrounding the issue, despite the EIA being issued by the Department of Environment, they can’t intervene in the Janda Baik issue, as only the Forestry Department can handle logging issues. And yet, the Forestry Department can only advise the Pahang State Executive Council to make a decision, but the council has decided to release all responsibility regarding the issue.

As for now, there is some form of mildly-happy-but-not-really ending to the issue as TNB has agreed to halt all construction work on their side for now, and both Janda Baik villagers together with TNB will seek to find a new path for the cable project. As for the damage done to the nature, the Department of Environment will be commencing restorative works to repair as much as they can.

It took them years, and numerous warnings, but we guess TNB has finally listened to Janda Baik’s concerns and solutions have been proposed to solve the problems. We can only hope that this issue won’t repeat itself and happen again, because you know what they say… Image from The Impolitic