Yeap, we have the word ‘bubur’ in our title. It’s not a typo. This article is about porridge. With none of that Goldilocks and the 3 bears nonsense. Seriously, porridge that makes you dream about 3 bears getting angry at you for eating their porridge shouldn’t be eaten at all. 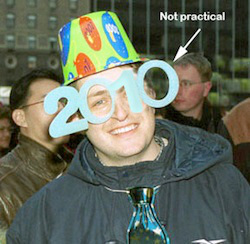 For the record, we didn’t add the ‘not practical’ bit. So other people think so too. Image from techcrunch.com.

Anyway, think about the first day of a new year. What comes to mind? Things like countdowns and fireworks maybe, or those weird glasses that were cool during the early 2000’s (but lost their appeal when they could no longer put their eyes at the 00 area but people still tried anyway)? Or if you’re a Malaysian Chinese, you may think of Yee Sang, or Mandarin Oranges, or Ang Paus (huat, huat, huat!).

But on this day, the beginning of the Muharram month (hence, AWAL Muharram), the Muslim new year, the Muslims have their own ways of commemorating it…. with BUBUR!

Chup, there’s a Muslim new year? Yeap. Honestly we didn’t know there was such a thing. But what about you? Did you know?

But yea, during our research we found that one of the practices of Awal Muharram has to something to do with this special porridge that they make during this time (usually on the 10th day of Muharram, Hari Asyura). Something that piqued our interest quite a bit.

But to be honest, when we heard about this porridge we asked a few of our Malay friends. And what we found out was that though they knew about the porridge, it wasn’t common knowledge as to what the bubur actually signified. One of our friends also added that this is a rural thing (if this isn’t the case please let us know in the comments ya?)

So the bubur that Muslims prepare for this occasion varies. Ingredients, texture, taste, can be different from one state or one country to another. And it’s not just any ordinary bubur, this is a sweet rice porridge of grains, fruits, and nuts with a chock-full of herbs and spices! We also found out that there are also variations to this bubur. Sort of like yee sang lah. Though it’s a main CNY dish, yee sang is not the same everywhere coz of the different ingredients used.

But why all the bubur so different? 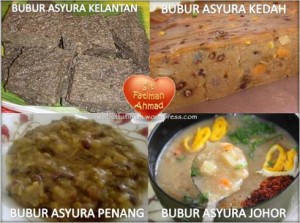 No, it’s not just one type, but there are several versions of Bubur Asyura! According to Fitri, an Administrative Officer at Masjid Tengku Kelana Jaya Petra, regional differences play a role in the different buburs we see.

Bubur Asyura comes in various forms – you got the traditional porridge texture, and there are solid kuih-like ones found in the northern and eastern part of Peninsular Malaysia.

In the northern part, namely Perlis and Kedah, the bubur is more of a pudding consistency with sweet and thick flavours. Those found in Kelantan has a similar consistency, but with heavier spices and occasionally meat is used as well. In Johor, Bubur Asyura is more liquid, similar to bubur lambuk with ingredients like rice, meat, kekacang and vegetables, which frankly reminds us of…. 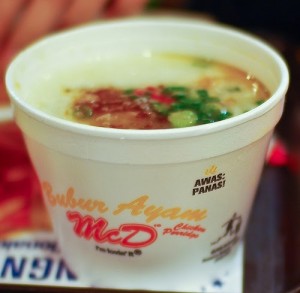 The idea behind the exotic variations of the Bubur Asyura are the ingredients used. Common bahan-bahan include kacang merah, kacang hijau, kacang kuda, flour, sugar, and lots of herbs and spices. The concoction might taste unfamiliar for a first timer due to its rich taste. Turkish variations may include garnishing such as pine nuts and pomegranate seeds.

A source here states that the Turks wash the wheat used to make the porridge until the colour decolorises from the water. But for Malaysian versions, ingredients like brown sugar, corn, and kidney beans naturally colours the dessert.

The Muslim community and its Bubur-believers have large gatherings to mark a religious holiday such as Awal Muharaam, Hari Asyura (tenth day of Muharram), and even during Hari Raya Puasa. In kampung areas, they will get together during Asyura for a community event to foster good relationships. 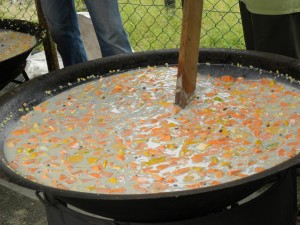 So now that we’ve gone through all the different types of bubur and stuff, the last question we have to answer is —Why? Like, why bubur of all things..

It was a gruel-ing time in human history

Fitri tells us that Bubur Asyura was actually invented by Noah. Yes, the build-a-giant-boat-and-take-two-of-each-animal Noah. 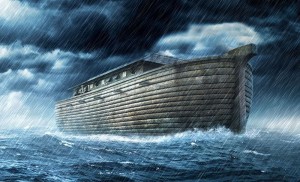 Well, he also clarified that the actual origins are unclear, meaning that this is the most popular origin story for Bubur Asyura.

According to the story, the Prophet Noh (Noah in Islamic context) asked his followers to gather all their remaining food supplies at the end of the 40-day flood. They didn’t have much… just a handful of assorted beans, nuts, and flour (7 ingredients in total) so the Prophet asked them to cook everything together – which was then divided among the people present. This is why the dish is also known as Noah’s Pudding in Turkey.

But despite the variations in the ingredients and cooking styles, several things are common across cultures:

And how does this tie into Awal Muharram?

Well, Awal Muharram itself is a commemoration of two things – the Prophet Muhammad’s journey from Mecca to Medina; and the beginning of a 10-day remembrance for the Prophet’s grandson who was killed in battle.

The Prophet’s migration is seen as a “new phase” for mankind, which is why it was selected as the first point in the Islamic calendar. It’s also noted that this month was recognized as a period for peace among the tribes even before the Prophet.

So if you noticed the common traits of “gratefulness,” “remembrance,” and “peace” in both Awal Muharram and Bubur Asyura, perhaps that’s what the connection is. It’s a time where Muslims take the time to reflect on themselves, make resolutions, and foster a sense of community with their neighbors… even if it’s over a humble bowl of porridge.