*This feature image was taken from muhdhazrie.wordpress.com. To read the original article, click here.

Hear ye, hear ye. The Conference of Rulers has spoken!

On 7 October, the Conference of Rulers officially said wrap up 1MDB investigations ASAP and take action against whoever did wrong. In the statement, the Rulers warned that if there are no answers, there will be a confidence crisis, and dragging the issue will only jeopardise the economy and people’s rezeki. They want results! And they want them revealed in detail and transparently, to prove to the rakyat that the Government isn’t hiding something.

This is surprisingly true. More on this later.

Ehh, but so many people have made statements about 1MDB, including… 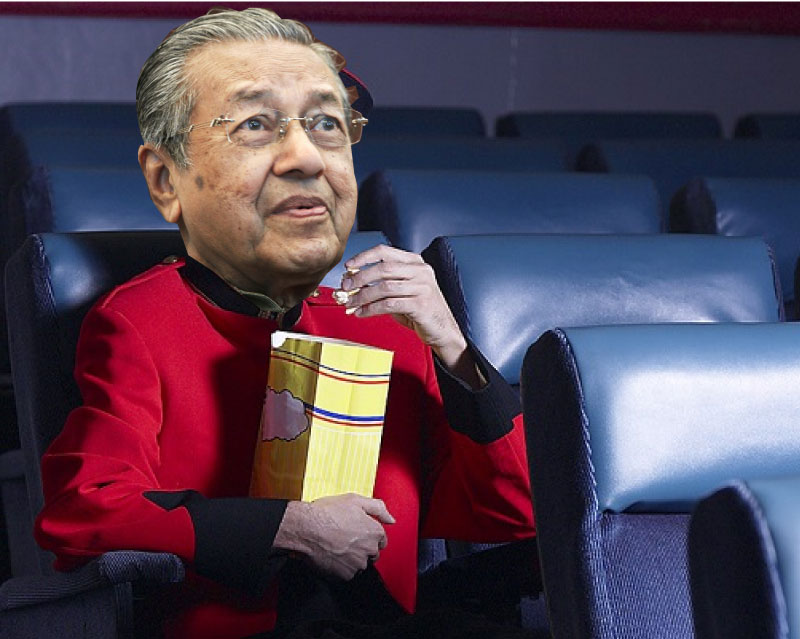 Our powerful ex-PM Mahathir go against Najib, no effect pun! Najib still won’t resign, and has even closed down several avenues of investigation into 1MDB.

The minute the Conference of Rulers issued ONE statement, the Government responded the NEXT day!

“All decrees by the Conference of Rulers are noted and the government has already taken the necessary proactive measures to address these issues.” – Zahid Hamidi, Deputy PM, The Malaysian Insider Sultan of Johor greeting the rakyat. Image from The Heat Online

WAH… royalty so powerful one ar!?

CILISOS spoke to Ben Suffian the Programs Director of Merdeka Center whom we’d interviewed before. We wanted to understand how Sultans have power. And who better to understand Malaysians than the head of the pollster doing surveys like Najib’s approval rating and Malays not supporting red shirt rally?

“Oh yes, they have quite an influence over rural voters and Malaysians in general.” – Ben told CILISOS over the phone

Or if we knew, we probably thought maybe it was just among the rural community or something?

If you picked the third answer, it’s closer to the truth than you might think!

“The Rulers are seen as independent and acting in the best interest of the country. Though they don’t have political power, they have moral power and authority.” – Ben

Though in 1993, Mahathir did cut off more of their powers. What happened was the Sultan of Johor got embroiled in 2 assault incidents, you can read about here. The Government removed legal immunity which they previously had.

So how do the Sultans wield their power? Have you heard of this before? The 3Rs symbolise Race, Religion and Royalty.

Although royalty is supposed to be seen as non-political, doesn’t mean they can’t be used as a political tool to generate the support of the rakyat. At a conference overseas, Tony Pua spoke about how BN uses this to be seen as the ‘protectors’ of 3R. For instance, when Teresa Kok made a CNY video, BN came out saying that it insulted all 3Rs! OMG.

“You can criticise the video because it’s lousy…it’s not funny…it’s not relevant…the facts are wrong. But what happened was that they accused the video of insulting the Agong, when there’s no mention at all about the King. The video was accused of being anti-Islam, when there was no mention at all about anything anti-Malay or anti-Islam.” – Tony Pua at the conference Well we watched the video (we agree with Tony’s review also… quite er.. underwhelming) but we also couldn’t find anything that insulted either race, religion or royalty. Even Azmi Sharom said took a “very strange mind” to see any of that.

In that sense, royalty is something you NEVER EVER mess with coz it an institution that people would defend with their lives. However Ben explained that the 3R is more the realm of politics than royalty itself.

“They enjoy support by the Malays by and large, but also among all Malaysians regardless of urban or rural. They’re seen as a civilising force.” – Ben

If they’re not involved in politics they can’t convince or persuade voters to do something, or think a certain way. But in truth, it can’t be said that the Sultans are 100% non-political. Here are some examples we think of off the top of our heads: 1. The Johor Crown Prince criticised Najib for MIA-ing at the Nothing2Hide forum, which got Tourism and Culture Minister Datuk Seri Nazri Aziz criticising him, which resulted in the Crown Prince’s ‘silent warning’ video.

NAH, BACA:
In the 80s, an MCA president was jailed in two countries - but may not have been guilty.

2. The Perak Crisis, where then Sultan of Perak refused the Opposition’s request for fresh state elections. The Sultan allowed the ruling coalition to form the state government.

3. Plus, we covered some of the things the Agong can do in our own article, such as sacking a Menteri on the PM’s advice and making the final decision in a hung parliament situation.

Even the Sultan of Selangor in his own words said that some politicians have misunderstood his role as purely ceremonial.

“Politicians come and go… but my position as sultan and ruler of Selangor will continue until the end of my days.” – Sharafuddin Idris Shah of Selangor as quoted by Reuters

And it’s this age-old, sovereign role that the rakyat LOVE about them “Malay Rulers are seen as leaders…sovereigns…over the land. They had over the years transferred powers to the state. But because of their position in society, as well as their role as the head of religion, they are respected.” – Ben

Not to mention, when Sultans turun padang to mingle among the common folk, it turns into some kind of amazing and viral phenomenon. For example, when the Sultan of Kelantan helped flood victims without protocol: If politicians do stuff like that, they prolly won’t get the same reception! Surveys have shown that Malaysians generally don’t trust politicians – in fact, they are the LEAST trusted of all professionals. Bottom line is, the Conference of Rulers are seen as non-political.

According to Ben, because this is a super RARE occasion (for the Rulers to issue a statement on a political matter), there’s more GRAVITY to it than anyone else expressing their concerns. We went through the Conference of Rulers’ website archive to see if they betul-betul release statements only during Hari Raya like Mat Sabu said. Close enough lah. They had 2 this year in March and June (not counting this 1MDB one). Last year they released 2 as well, in February and October.

But the only other time the Conference made an official statement about a political matter was in 2010 – where they upheld the social contract on economic distribution. They were addressing a general anxiety over matters on Islam, Malays, the Malay language and their own position as Rulers. In case you don’t know what the social contract is, we gotcha covered in this article. Screenshot from The Malaysian Insider’s article

Actually, in one of Merdeka Center’s surveys, we learned that a vast majority of Malaysians are still in the dark about 1MDB.

SOOOOO…. just by calling attention to it… the Sultans might actually be able to make the common folk more aware that 1MDB is a big thing.

Image from The Ant Daily

“How far it [their statement] can go, I’m not sure. I think they’ll try to manage perception – that the Conference is seeking clarification [over 1MDB], and not create the impression that they’re being involved in affairs of the state.” – Ben

“The Prime Minister (Datuk Seri Najib Tun Razak) has asked for 6 months (to settle the 1MDB issue). I guess early next year, January it can be resolved.” – Rahman Dahlan, responding to the rulers’ statement… Astro Awani

Woi, AT LEAST they’ve given a deadline now, k!