[UPDATE – 10 Feb 2018]: Every year during CNY or other festive seasons, we know food prices will go up. Do you know how much it will increase this year? The answer is…… only 10%! Well, somewhere between 10%-20% la. Yes, we can hardly believe it ourselves, especially because it went up by like 50%-80% last year (read original article below).

But the Federation of Hawkers and Petty Traders Association Malaysia President Yow Boon Chuan has assured consumers that prices would remain as stable as the barn you put horses in. Perhaps it may have something to do with the bad economy, or perhaps because customers like to complain a lot.

Yow said it is only fair to the hawkers and petty traders if they increase prices because they have to sacrifice their time to serve customers when they could be at home celebrating with family. They also have to pay workers more during this period. But actually, yes, THERE IS someone controlling prices…

There’s a rule that hawkers cannot increase too much. The Domestic Trade, Cooperatives and Consumerism Ministry has listed 13 goods under the Festive Season Price Control Scheme: live chicken, standard chicken, super chicken, chicken eggs grades A, B and C, round cabbage (from Indonesia and China, excluding Beijing cabbage), garlic (from China), white pomfret, large white prawns and pork. The scheme would be in force for 12 days, from Feb 10 to 21.

Read on to find out more about how the Festive Season Price Control Scheme works.

You know CNY is coming when tong-tong-chiang music starts playing in malls, red decorations start popping up everywhere, and….PRICES go up like mad!

Sellers had begun increasing food prices as much as 50% and more from as early as mid-December, recorded by the Federal Agricultural Marketing Authority (Fama). For instance, Highland round cabbage was RM3.65 per kg some weeks ago, but was sold at RM6.75 on 5th January, reported Malay Mail Online. If we’ve mathed it correctly, that’s an 85% increase!! Here are more examples, read ’em and weep: Save the salt from your tears to cook your food T.T Image from Malay Mail

*Note: We’re not sure how Malay Mail calculated the percentages, however we got different figures.

It’s only the start of 2017, but petrol price naik, now food prices also naik. How to give angpow like that? 🙁

The long monsoon season is cutting our food supply by HALF 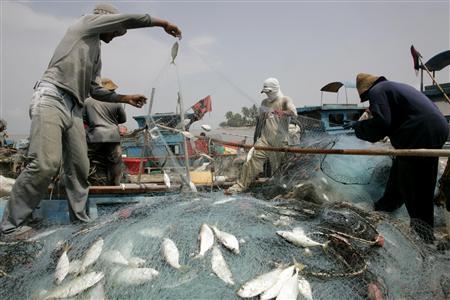 Penang fishermen working on their nets. Image from Reuters

At any time of the year, whether it’s during festive seasons or normal days, the farmers, fishermen and their associations are the ones who ‘decide’ how much they want to charge for raw food items… BUTTT not really… there are many determining factors that affect food prices – market forces (supply and demand), weak ringgit, weather, and so on.

At the same time, we must remember food goes through several layers in the supply chain before it reaches the consumer. From farmer, to wholesaler, to market seller/supermarket – prices might increase from one person to the next (possibly going up by 3 times) by the time it reaches Malaysian consumers! Cameron Highlands Vegetable Growers Association Secretary Chay Ee Mong told New Straits Times that every time a farmer delivered his produce, he would only know an indicative price for it, though normally he said the final price is not too far from the indicative price. CILISOS flers don’t shop for cabbages much, so these prices are only for illustration purposes #don’tflameus

We found out that this has been a particularly tough season for farmers and fishermen. Remember last January was the hottest season because of El Nino? Well, La Nina is making up for it now! The long monsoon season has made the seas very rough, making it difficult for fishermen to go out on their boats and catch fish. This has taken a toll on fish supply by at least 50%, said North Kuala Terengganu Fishermen Association Chairman Jaafar A. Rahman Abu Bakar.

“The visibility is also poor. The strong winds and high waves could also damage fishing boats. Most rather stay behind and mend their nets. If there is a shortage in supply, it will definitely lead to an increase in prices.” – Raja Kumaran, President of the Manjung Indian Fishermen Association, Malay Mail

Among the types in short supply are mackerel (ikan kembung), ikan selayang, and ikan selar kuning. However, CNY favourites like crabs and prawns should be still sufficient, according to the National Fishermen’s Association. Its Chairman Ahmad Rudin said fishermen were trying to fish closer to the coast so that people would have enough to eat during CNY. Likewise on land, Cameron Highlands Agriculture Association Chairman Ng Tien Khuan told Malay Mail that produce there had been affected as much as 50% because of the weather. Farmer T. Thayalan who used to harvest one tonne of vegetables daily at his Simpang Pulai farm is only able to harvest 500kg in recent days.

“Farmers are having a tough time as what they have planted cannot be harvested. The lack of sunlight and cold weather have affected the growth of vegetables.” – Ng Tien Khuan, Chairman of the Cameron Highlands Agriculture Association, Malay Mail

But weather is always changing right? Can’t blame monsoon season every year for CNY price hikes. The main reason why food prices go up during festive seasons is simply because of demand. Restaurants and hotels will be full of people makaning reunion dinner whether it’s CNY, Raya, Deepavali or Christmas, so a lot of food stock is required.

In spite of the factors affecting food supply, there are ceiling prices set by the Domestic Trade, Cooperatives and Consumerism Ministry… The price list on a banner at Taman Rinting Mydin hypermarket. Image from mca.org.my

The Festive Season Price Control Scheme (SKHMP) was implemented in 2000 under the Price Control and Anti-Profiteering Act 2011. How it works is the Domestic Trade, Cooperatives and Consumerism Ministry will determine a LIST of essential festive season items and set a maximum price based on areas and districts.

It is enforced throughout Malaysia at the producer, wholesaler and retailer level, for the duration of the scheme (usually leading up to a major festive season). Here are all the festive seasons included under SKHMP:

Each festival has a different duration (eg. Hari Raya is 15 days, while Christmas is 5 days), and different numbers of items controlled (eg. CNY is 13 goods, while Hari Raya is 18 goods). So for instance, chilies were being sold at RM16 per kilo during Puasa. Later, the Ministry capped it to RM12 from 16 June – 6 July under SKHMP [to check out the COMPLETE list on 2016’s Hari Raya Puasa for all states, click here].

“Traders will be compelled to sell controlled items below the ceiling price fixed by the Government and to put a special pink-coloured price tag on those items to differentiate them from other items.” – Datuk Seri Hamzah Zainudin, Domestic Trade, Cooperatives and Consumerism Minister, The Star Now that you know of there is such a thing as this price control scheme to protect your consumer rights, we betcha wanna know about this year’s CNY prices… BUUUUT looks like that will have to wait coz the Ministry is only releasing it on 18 January, Astro Awani reported. 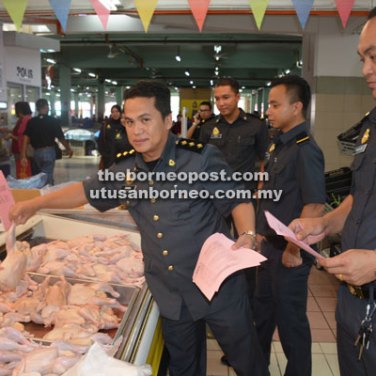 In the meantime, the authorities do go around spot checking grocery shops, markets, hypermarkets and other places to enforce the ruling.

“We have some 2,000 enforcement officers authorised to issue fines on traders and confiscate their goods, and some 10,000 regular officers nationwide to conduct regular checks at the markets and supermarkets.” – Datuk Seri Ahmad Bashah Md Hanipah, former Domestic Trade, Cooperatives and Consumerism Minister, The Star

The Ministry’s Sibu branch chief Kasim Mana said they had acted on 45 cases of flouting the Price Control and Anti-Profiteering Act before. The authorities urged consumers to help keep tabs on unscrupulous traders so that we don’t get taken advantage of. If ugaiz come across anyone selling food above the ceiling price, you can report them:

If consumers keep traders in check and if traders don’t flout the price control, then we can all give and receive bigger angpows. 😉