Ever heard of the term “Abang Sado”? Well for those who haven’t, it’s basically it’s a local term to describe those who have dedicated their lives to the art of body building. That, and it’s also apparently a combination between the words “besar” and “bodoh”, and the word bodoh here isn’t to call them stupid, but to say something like “Wah, abang ni beSAr DOh!”

The closest thing to an English equivalent is probably something along the lines of “Daaaayum, son!” You’re not actually damning anyone’s son, but it’s just an expression. A group of Abang Sados. Image from carigold.com

But anyway, we’re bringing this up because recently someone sent us this very curious gif of an “Abang Sado”eating some chicken.

And you can probably guess where the video came from 😉

But the video got us curious about the whole Abang Sado culture, and why these guys wanna get so big. So we thought we’d take a closer look at their little world filled with really really beeeeeg bodies. So we asked our readers to submit questions they would want to ask an Abang Sado.

And from there, we ended up speaking to 4 different Abang Sados, from different age groups, in different stages of their Sado life. They are:

We spoke to Leong Wai and Hafiz in the same interview, while the other 2 on separate occasions. And based on their answers to the questions from CILISOS readers, here are 6 facts about being an Abang Sado in Malaysia.

1. It isn’t offensive to call someone an Abang Sado, but some may not like it

So all 4 of our Abang Sados said that they don’t have an issue with being called an Abang Sado. But Fikri tells us not to expect every bodybuilder to be okay with it.

“We’ve set a target of what kind of body we want to achieve. So if someone hasn’t achieved that target, they may not like it (being called an Abang Sado) la.” – Fikri Still, it doesn’t seem to be a problem to many people because for example, Pak Abu said that it can be seen as something positive to him because his family generally quite small. This one article also mentions a few people who are trying their best to live up to the name of Abang Sado.

So if you see a really buff guy, chances are they would be okay with you calling them an Abang Sado.

2. Abang Sados have actually been around for a very, very long time. So Pak Abu tells us that he is 70 years old this year, and he first started training at the age of 14! And he says that even before that, he even had his own mentor who trained him. So the culture actually goes back further than that. In fact, this article mentions that Malaysian bodybuilding actually started in Penang in 1912. And to give you a glimpse how long ago that was, 1912 was the year the Titanic sank.

But if bodybuilding has been around for so long, why is it only recently that we’ve been hearing about this Abang Sado culture? Well Leong Wai and Hafiz believe that it’s because there have been more awareness of the sport, and also because the prizes for joining competitions have been getting better la.

“Last time when people went for bodybuilding competitions,first place you know how much they get? RM200-300 only. Now minimum is RM800.” – Hafiz

But Pak Abu has a different opinion.

But even if there is more awareness and more gyms, what would drive someone to become so dedicated to the sport? Well, Leong Wai and Hafiz both stressed that they actually enjoy the grind and the process. On the other hand, both Fikri and Pak Abu each gave 3 reasons:

But as for what they strive for, all of them say that it really is up to the individual as to what kind of body they want to achieve. 3. If you wanna be a bodybuilder, no cheap nasi lemak for you

An American professional bodybuilder once said that bodybuilding is 80% nutrition. Naturally, all 4 Abang Sados told us that food is important, but also quite expensive. Here’s a rough budget of how much Fikri has to spend a month.

That comes down to almost RM1400 a month! For those of you who don’t know, protein is often considered essential to a bodybuilder. And Leong Wai mentions that it’s sometimes impossible for bodybuilders to get all that they need from their meals alone. NAH, BACA:
Malaysians are the fattest in Asia. And this survey will tell you why

But do all Abang Sados need to buy these extra things like protein powder and vitamins? Well, according to Pak Abu, only those who intend to join competitions really need to take these supplements.

“If you look good in your clothes, and your health is good, there’s no need. Just eat properly and regularly. You don’t have to spend in the thousands.” – Pak Abu

But if an Abang Sado does want to join bodybuilding competitions, he says they would have to spend. Still, what do you do if you’re on a budget but still need that endless supply of protein? Well, Leong Wai says the cheapest thing a person can do is buy a carton of eggs, and just use that as their protein supply.

4. Nice clothes are hard to find, but not impossible

With those huge muscles, any piece of clothing an Abang Sado puts on can look like it’s about to rip any moment. But that is also an issue for them because almost all of them admitted that it can be difficult for them to find clothes that actually fit them.

“Some parts of our body is bigger than the other. Some people, they have a very big chest so the shirt automatically the size goes up. But when they get the shirt that is a perfect fit for their chest or shoulder, then other parts like the stomach become loose.

For me I can never buy a perfect pair of jeans.” – Leong Wai 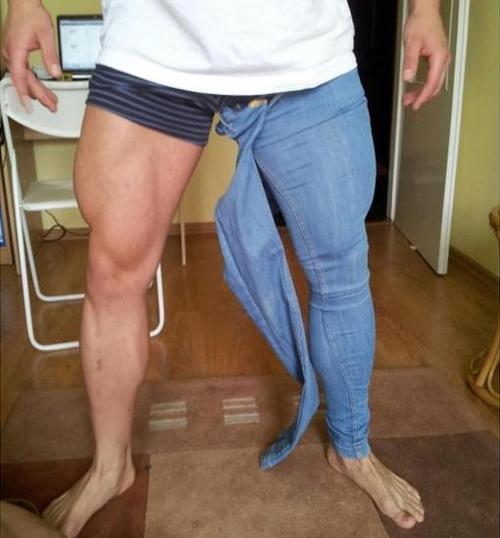 The struggle is real. Image from broscience.co

Fikri adds that to find clothes that fit him, he either has to customise, or go to this particular shopping mall  where there is a shop which sells clothes for bodybuilders.

Pak Abu however, was a little more optimistic about an Abang Sado’s fashion choices.

“If a person with a perut buncit can find clothes, why can’t an Abang Sado?” – Pak Abu

He says that Abang Sados can wear clothes that are more elastic or loose which allow the muscles to grow, and these aren’t very difficult to find.

5. Parents probably won’t be cool with the Sado life right away It seems that regardless which generation of Abang Sado you’re from, your parents aren’t going to be too happy about you becoming a Sado. Leong Wai said his parents asked him to focus on his studies instead, while Hafiz and Fikri both said that their parents worried about the money they had to spend. Heck even Pak Abu had an issue when he started off all those years ago because his parents thought his time would be better spent helping around the house.

But in time, things changed.

“I think after 3 years they stopped already la, because can see some results.” – Leong Wai

“At first my father wasn’t too happy. He said “When you angkat besi, you do it for yourself, if you angkat air, and fill up the water container, everyone can drink.” So I asked what if I did both? And he said okay.” – Pak Abu

Back in the day, Pak Abu says the water source wasn’t so close to home, but he still did it. So all their parents came to accept their lifestyle. And while it’s good to have their parents support them, all of them mentioned that they needed another kind of support as a bodybuilder.

6. They did not become an Abang Sado on their own 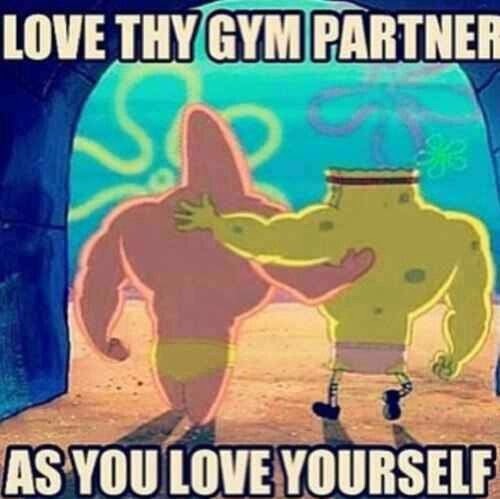 No man is an island, even if it’s a very Sado island. Fikri tells us that he actually has a partner that guides him, and they are there for each other.

Pak Abu on the other hand, was very adamant that to be an Abang Sado, it’s best that one train under someone who knows the sport well. Here he is with one of his newer students.

And while Leong Wai and Hafiz didn’t say much about the matter, the fact that they are now personal trainers do indicate that when it comes to bodybuilding, or even just working out, having someone to walk (or lift) alongside you can do wonders for a person’s progress. Fikri, Leong Wai, and Hafiz all said that if they had the chance, they would continue this lifestyle until they can no longer.  And it’s not hard to believe because Pak Abu is a living testimony that it’s possible. He says he can’t very heavy exercises anymore, and currently is taking a break because the doctor advised him to, but he can’t wait to get back it, even if it’s just light exercises.

But they will tell you, it’s worth it.

“Instead of us loitering at other places and buang-buang duit, isn’t it better for us to workout? Our health is guaranteed, it’s harder for us to get sick, and even if we do it’s easier for us to fight back.” – Pak Abu

Hmmm. Why do we feel like something Cheezy is coming? Hmmmm..

This article was sponsored by KFC Malaysia