If you didn’t know, the Malaysian Fire Department is awesome. For quite a while now, they’ve been setting fire to calendar pages while putting out real life ones. These guys are buff, trained, and prepared for any sort of emergency; from rescuing people stuck in burning buildings, catching poisonous snakes, and…. removing sex toys.

Yup. The Fire Department recently reported that, over the last three years, 80% of the distress calls involving ringular mishaps were by men who needed help removing rings from their 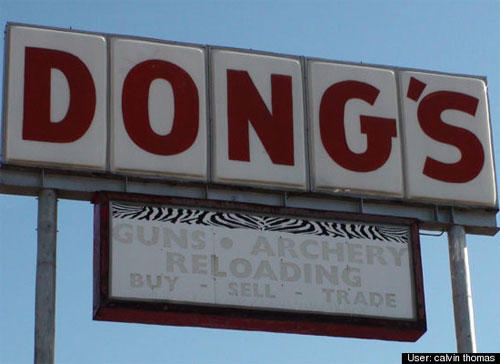 Because we can’t say “Penis” without making people feel uncomfortable.

You may have also read about this in the news, which seem to be reported in increasing frequency with cases happening from Johor to Penang. A ring post-removal. Image from The Star.

So what gives? Not the rings obviously, but why are there more men getting their dingalings stuck in ringalings nowadays? We have some possible answers to that, but first let’s talk about why people are using these rings in the first place.

Because it gives you an advantage for the General Erections

Unfortunately for a family-friendly site like CILISOS, we have to use asterisks when referring to these rings by their proper name – C**k rings – which is really the most direct way to refer to a ring that’s worn around the base of a person’s … in order to help you work it harder, make it better, do it faster, make you stronger. And this isn’t marketing because it actually works thanks to science and biology! If you’ve ever tightly wound a rubber band around your finger, remember how it swells up, turns red, and starts turning numb after a while? That’s sorta-kinda how these rings work.

You can read the proper explanation here, but basically an erection is like your bank account – the more money (blood) comes in and the less goes out, the bigger your account is going to be. The thing to note is that, unlike your finances, your body is really good at pumping blood in, but gets a little lazy at getting blood out, relying on the “new” blood coming in to push out the “old” blood. So when you have something – say, oh… a c**k ring – that constricts the bloodflow, it turns your dingdong into a hemoglobic Hotel California where blood can check in anytime but never leave. This leads to two things – you’re gonna be harder and longer-lasting than an old Volvo, and when you finally remove that ring….

But just like how your finger turns purple and painful after having the rubber band on for some time, it’s the same story for your Boney McBoneface. Because the “new” blood brings all that oxygen that your body needs to survive, messing about with the natural flow of things causes your Batang Berjuntai to suffocate – so you’re literally choking the chicken.

This is when the horror starts because your cells start dying from the lack of oxygen and blood clots start forming; and if nothing is done in time it may cause permanent erectile nofunction or, worse, become gangrenous, which may possibly lead to death – a preferable option to the alternative of watching your penis fall off (seriously). If green isn’t your color, it may also turn black (not in a good way) with penile necrosis (Necros means “death”) – which you can see what it looks like here if you don’t mind looking graphic penis images. This isn’t a laughing matter too… the cure for a gangrenous or necrotic member is amputation. So when the ring gets stuck, you’re basically caught between a rock and a hard place because the trapped blood causes a prolonged erection that’s no longer fun (called a Priapism) which makes it impossible for you to relax your member enough to remove it – which makes sense if you noticed that all of these cases involve metal rings. This brings us to the next point… While there hasn’t been any studies on what compels people to do these things to themselves – that we could find anyway – we did a little bit of extra research and narrowed it down to two possible theories:

NAH, BACA:
Wait... how did 6 Bomba men die trying to rescue one teenager?

It’s really not that we’re belittling anyone here – but if you feel that way, there’s probably a ring for that – because one thing we found throughout the course of our research is that there are a LOT of local sites selling all manner of sexual gadgetry, with site interfaces and ads in BM. We won’t be linking to any of them, but you can Google or Facebook search them yourself:

However, one thing we didn’t find a lot of in BM – including on the sites themselves – is information on safely using these products. In contrast, articles discussing safe usage in English pop up on the first page when you google “c**k rings”. For instance, we found a lot of ads selling metal rings which, FYI, are meant for people who know exactly what they’re doing. It’s actually recommended that you start off with stretchy rubber or plastic rings in order to figure out what size or diameter suits you best. Also, you’re not supposed to have rings on for more than 30 minutes at a time.

So perhaps there might be a certain market of people buying these products based on TAHAN LAMA, 100% EFEKTIF, and BUAT BINI BERPELUH without being provided with safety tips. But again, people in English-speaking countries also kena as well, so maybe it’s not just the tip :]

Another possible reason for this spike would be that people get inspired by what they watch or read about. Researchers found that media coverage of a sensational issues like mass shootings actually increased the chances of copycat crimes. But it doesn’t even have to be anything as real (or deadly) as mass shootings – The London Fire Brigade blamed the 50 Shades of Grey franchise for a rise in men getting their Big Bens stuck in rings to the point where they started a campaign called “50 Shades of Red” which issues out safety reminders when a 50 Shades movie or book gets released. On the other hand, it could all be an illusion. News agencies usually capitalize on stories that sell, so if a story about a guy getting his Boney McBoneface stuck in a ring goes viral, they may be more inclined to cover similar stories or look deeper into it. This leads to the Baader-Meinhof phenomenon, whereby after we notice or learn something for the first time, it starts appearing over and over again. If you remember, after the case of the Penang girl driving against traffic, there was a spike in similar news of other people doing the same. There’s a chance that these incidents could be happening on a daily basis, but it’s just that none of them received media attention until the Penang case happened.

But hey, that’s just a theory…. a RING THEORY! 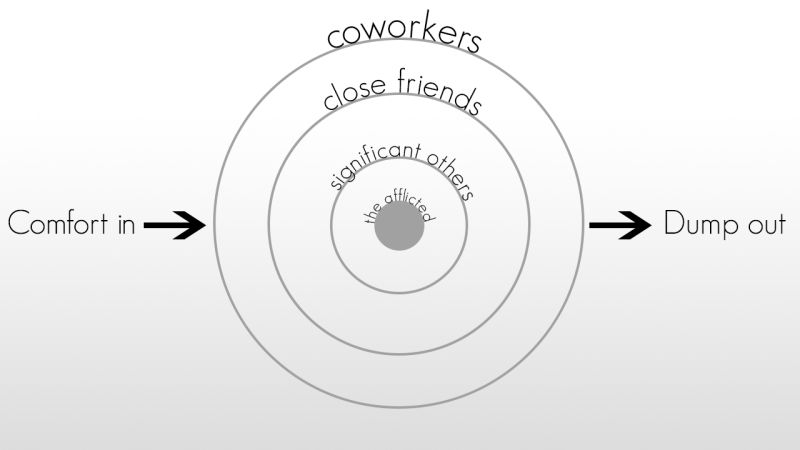 Ring theory is an actual thing, btw. Image from Lifehacker.

If you like it, RESPONSIBLY put a ring on it!

Because CILISOS is a left wing liberal bias blog funded by faceless agents looking to destroy the foundation of Malaysian culture and morality (according to some commenters), we’re not gonna ask you to stop using these rings. Not just because they have been shown to work, even being medically used in conjunction with penis pumps for people with erectile dysfunction; but also because, who are we to judge? However one thing we feel we should emphasize on is that – whether with rings or whatever kinkiness you’re inclined to – just take a moment to do some research before you do the ronggi ponggi and shake it all about. You can check out some great resources here, here, and here, or just take some tips from the London Fire Brigade:

In case you’re wondering why the fire department (whether in the UK or in Malaysia) gets called in to remove rings instead of a hospital; it’s because hospitals don’t have the equipment required to cut metal rings – that expertise still lies with the fire departments and divorce lawyers (kidding). It’s also worthy to note that calling the Bomba not only costs taxpayer money – Ring removals cost UK taxpayers £400,000 since 2013 – it may also prevent them from properly responding to actual fires.

So if there’s one thing that you should take away from this article, it’s that there’s nothing wrong with a lil’ 50 Shades of Grey action, except it should only be used as a reference to your sex life and not the color of your