Have you ever wondered, why we do the things we do? Most of us have habits, but some of our habits are completely different. And as Malaysians, there are some things a lot of us are guilty of committing, like claiming that we’re on the way (even when we’re not ಠ╭╮ಠ), or calling everyone “boss”.

If only we were some kind of professional in human behaviour, then maybe we would have all the answers.

Or maybe YOU can become the professional instead To understand more about the Malaysian psyche, we turned to – the Psychology Program by our friends at INTI International College in Subang!

For the very first time, INTI and Southern New Hampshire University (SNHU) are introducing a psychology program, among the various degrees that they offer. If you want to visit the land of Britney Spears’ birthplace, you can pick one of the 300 American (and Canadian) University credit transfer options that they also offer.

If not, you could earn an American degree without traveling all the way to the US! So comparatively, you would only be spending RM 79,071 in Malaysia, instead of around 120,000 USD in SNHU over 4 years for the same degree. On top of that, INTI is giving a RM6000 waiver for those who sign up now.

So while you think about becoming a psychology expert yourself, we’ll just ask a couple of psychologists, including:

to help us understand these 6 everyday Malaysian habits. Keep in mind that some of the opinions given are educated guesses, because admittedly, they were pretty stunned by our behaviours too!

1. Always “On the Way!” and never admitting we’ll be late Most of us probably have that one friend/ sibling/ cousin/ acquaintance that say they’re in the carpark but only turn up after your 3rd Teh Ais. But why Malaysians always need to be late in the first place? Shobana suggests that it’s because our society tells us it’s fine, because Malaysians are what’s called a Collective Culture.

That basically means we think being part of the group is more important than autonomy and individual rights. But what does it have to do with being late? It’s because collectivist societies tend to do what those around them do… even if its something BAD.

“It’s like people that drive on the emergency lane. If they get caught, their argument will likely be “Why you never catch the person in front of me? Everyone also did it!” ” – Shobana tells Cilisos

Joel, on the other hand, thinks we always use that excuse because of our EGO. So, telling people we’re “on the way” is sort of admitting we’re wrong, but at the same time it’s to cover up for ourselves, so it seems like we’re not as bad as we’re turning out to be.

But apparently, some suggest that we purposely arrive late to avoid the awkwardness of being early and becoming the ones waiting instead. Like when has everyone ever arrived on time for wedding dinners and parties? So it depends on the situation la, sometimes it’s REALLY because of the jam also.

Once, Maxis and DiGi both launched the same ad with the same insight, which was that all Malaysians call each other familial names. Even though addressing others as relatives isn’t an uniquely Malaysian thing because even Swedish people call strangers “Farbror” (means “uncle”) and “tant” (means “aunt”), it’s interesting that all Malaysians do it even with different languages and terms.

Shobana reckons that it’s because it’s deep in all of our cultures that we want to show a sense of respect and courtesy, because if you remember your moral lessons, we were generally taught from young that everyone in our society is a valuable member and all have a role to play. Or maybe we just can’t tell each other apart. Image from nexusmod forums.

Joel seems to agree to a certain extent, but adds a slightly more sinister angle…

“My first reaction when I read the question was “Cause I don’t know their name and it’s easier to call them that?” I think it helps to foster a sense of respect for the service staff, in the hope that in turn, they would give us the best service that they can provide.” – Joel told Cilisos

Joel also says it could be a combination of us trying to be friendly, while not committing too much into the interaction. Which… kinda make sense if you think about it, because we get on their good side, with minimal effort… plus it sounds more respectable than “Ey” or “Ooi“, we suppose.

The video above gives plenty of examples of the kind of questions we tend to hear or ask, sometimes even without realising it ourselves. Shobana explains to us the concept of a High Context Culture, which is what we are. Simply put, our interactions with each other is highly based on our surroundings, which actually ties back to the collectivist culture point.

“I tried to ask a colleague “How are you doing?”, the response was “Ok. Why? What do you know?!”. But when I used “Did you just come in?”, I got a long story about early morning traffic, hectic weekend etc. ” – Shobana

So means we’re just being kepoh?? No, actually. It’s just that Malaysians are used to this form of greeting in our daily lives. As Shobana’s example illustrates, if you just change the way of your greeting, your friendly intention turns into something with an entirely different meaning.

NAH, BACA:
[UPDATE] Perak farm that once featured in Nat Geo forced to close by the state govt 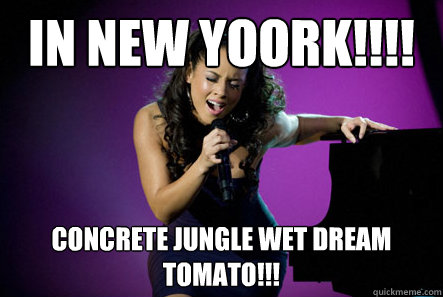 There’s also a bit about how we used to be colonised (!?), as Joel hypothesised with us. Joel explains that obvious questions are safe because we’re less likely to be wrong, and it’s also less likely to offend our listener. And this cautiousness is probably the effect of being colonised for hundreds of years.

“I think we’re more submissive by nature because we used to be colonised. So naturally we prefer to maintain the peace, and not rock the boat or stand out. Mimicry is the best way to show the other party that we’re interested and keen.” – Joel Whenever you go to those major malls, you will usually see that all the parking nearest to the entrance will be filled up, leaving the far ones unoccupied. Normal la, because who want to walk that far right? But there are just some people that refuse to surrender to walking, and rather spend like 10 to 20 minutes looking for the nearest parking lot, like our editor and Joel apparently… Summore some of us so kiasu, which is probably also why we end up having so much double parkers to begin with.

“Uhhhmmm I’ll pretty guilty of that as well, actually.” – Joel

After some brief soul-searching, Joel thinks it’s like hunting for a trophy, because when you finally find that sweet spot, you feel accomplished and can have something to brag about to your family and friends. So it’s really not about efficiency, but more of the sense of achievement you get from accomplishing something no one else could.

And speaking of double parkers … We’ve all faced being blocked in by double parkers, drivers that jump the traffic lights (even after it turned red  😡 ), and those that drive the wrong direction in a one-way street. How many of us even obey the 80km/h speed limit we see on the highways? Why Malaysians liddat one?

“Because there’s not really any significant consequence is there? Even when we get caught, we might not even get punished, because there might be other ways around it …” – Shobana

Shobana relates this to Operant Conditioning, which says that our behaviour is shaped by the consequence of our actions. If Malaysians were consistently punished for traffic offences, then the road madness will eventually decrease and stop completely. So it’s a matter of enforcement of the law and whether it is upheld by the authorities.

Joel’s explanation has a slightly more positive feeling, saying that perhaps Malaysians are generally more laid back and less concerned with small rules because we think we can just get out of trouble by being friendly and chummy with our “boleh la” attitude.

Heck, even the authorities seem to be giving us a break. Motorist in KL is said to owe the DBKL up to RM5.4 million in traffic summons, but the DBKL is still being so nice to offenders summore, occasionally giving year end discounts to encourage people to pay up.

6. Spending so much time on social media

Apparently, more than half of the entire Malaysian population are Facebook users, and we actually spend some 55% more time watching videos on social media sites compared to the global average! How can this be? It’s not like Malaysia internet that fast also!

Shobana and Joel agree that Malaysians actually might feel safer online. Being online doesn’t require us to have face to face interactions, we can sit comfortably with our computers or mobile devices and be ourselves.

And the infinite hours of cat videos.

“To argue face to face, you have to be articulate and strong enough to stand by yourself. But on social media, if things get too tense you can just walk away, right?” – Shobana

Shobana attributes the kind of anonymous status we have online to Mob Mentality, which says that when people aren’t being singled out and have attention drawn to them, they become daring and more likely to go all the way. This apparently gives people more sense of strength, and social media provides that to some degree, of not being involved directly and not really having to do much.

“Because we have more anonymity online. Facebook is the perfect platform for us to be ourselves, to judge and make snark remarks … and still telling ourselves we’re good people.” – Joel

So you see, there are reasons for the weird things Malaysians do

Admittedly, psychology isn’t a common topic in our daily conversation, and that is causing a worrying trend. With all the hoop-la recently on the news about not enough attention being paid to the worsening depression rates, it’s good to be aware about the importance of a healthy psychology, because we never know if those around us might be in need of help. After all, having a deeper understanding of ourselves and our behaviours can help us make better decisions in life.

“The difference is Asians do not talk about their problems. Unlike Caucasians, Asians do not have the words for emotions and that is a huge barrier.” –  Dr Philip George in an interview with The Star

So there you have it, some insight on the Malaysian brain. Happy with the answers? No? Then why don’t you try to do better and sign up for INTI’s Psychology program. We’ll call you in a couple of years for the next article 😉