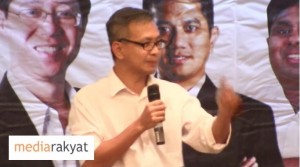 Click here to watch the video. It’s 30 minutes long. C’mon… we DARE YOU

*This is article has been translated into BM, click here to read it on SOSCILI

[UPDATED 26 Nov 2014] 1MDB has since failed to repay a RM2billion loan to Bank Negara, AND its CEO has resigned.

Sorry. Chances are, according to Tony Pua, you already have.

Some of you might have seen a video  on your feed, where Tony Pua claims to have uncovered this huge scandal about how our Prime Minister is robbing the country’s future away with this 1MDB fund. But at 30 minutes, we doubt many of you actually watched the whole thing, so we watched it for you, and we can honestly say, it’s a very scary video.

What’s almost as scary is how few people know what this whole thing is about. Here are some comments from our own office.

“Oh it’s not a property thing like Iskandar project?”

So today, we’re gonna tell you how this fund might actually result in every household in Malaysia giving RM4000 to our PM to invest in some rather questionable activities. In a nutshell here are 5 easier-to-understand points about the mysterious 1MDB fund, 99% speculation-free (lowered from 100% for a Wolf of Wall Street reference).

We want to stress that we really tried to find the real numbers here, and not take anyone’s word for it. Figures here are not from Tony Pua’s video, but sources such as TheStar.com.my, Edge Investments and 1MDB’s own site. If you spot any better sources, let us know in the comments and we’ll try to fix em!

1. 1MDB is a private investment company, that borrowed RM38 billion, and is run by … the government?!

Yep that’s right. So it’s private, but it’s 100% owned by the Ministry of Finance, with our PM, Ah Jib Kor as it’s Chairman(makes sense since he’s also our Finance Minister). 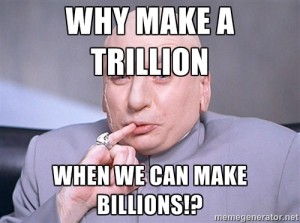 So what’s it do? Well, in the five years since it’s been around, it’s just been borrowing ALOT of money – RM38billion worth, in fact. Here’s what our PM asked the team to do with that money.

So where does all this money go into? Well on their site, it lists 3 things.

Two development areas, and a bunch of power plants. Hmmm. When we think bold and daring, we’re thinking more of this stuff.

So maybe 1MDB’s power plants are solar or like fusion reactors!?

2. A lot of the ‘profits’ are kinda dodgy

from the brilliant mind of Scott Adams

We’ll give you one example. Easiest one to understand…

One of the biggest projects from 1MDB is the Tun Razak Exchange (TRX), a new financial district behind Berjaya Times Square. According to Tony Pua, and matched by this report from The Star, they originally bought the land from the government in late 2010 at RM191 million

WHOAH. But why? Ah. So this gets a bit complicated. Let’s explain it this way.

“Say a guy wants to date this girl. But her mum refuses to let her go out with anyone but a millionaire. Unfortunately, the guy only has a house worth RM600,000. So he gets his friend, who’s a real estate agent, to tell the girls mom that the house is actually worth RM1.2 million.” – MAT MATIK

Except that in this case, every year, that house doubles in value. Since its original buying price in 2010 at RM191 million, the house has appreciated by 3250%. Erm okay… Pavillion Residences is nearby to TRX – and in the same time period, it’s only gone up by about 43%.

So why does 1MDB do this? Well, imagine that the Mum is The Rakyat, the prized Daughter is Malaysia, and the sneaky Son is the Gomen. We want our daughter to be well taken care of, so sonny-boy keeps revaluing its house to show us that it is. Except that DESPITE these questionable gains, last year, 1MDB still lost RM665.3million.

Yikes. And that’s only one example. Here’s another and another.

3. They’ve got money in the Cayman Islands

Guess where these guys decided to retire after Fast and Furious 5?

So as you’ve seen in many Hollywood movies, if you’re doing a big drug deal, or retiring with illegal money, there are two places in the world to do it – Switzerland and… the Cayman Islands. This is mainly cos the Cayman Islands is famous for having lots of laws to protect the privacy of its accounts, earning it #4 rank in the world for the Financial Secrecy Index. Incidentally, Singapore is #5, and our Financial haven in Labuan is rated #11.

Unfortunately, for reasons unknown, 1MDB has about RM7.18 billion parked there, 17,365 km away – and no one wants to say why. Apparently, some has been brought back, and the rest is going to be brought back soon. But there’s no documentation to support this, so we just have to take his word for it.

Oh and apparently allegedly maybe, this fund apparently sponsored the movie The Wolf Of Wall Street (although this link is not so conclusive). 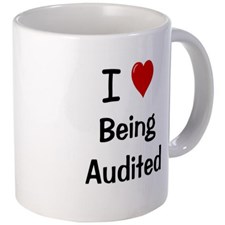 Probably the worst-selling mug in the world

Every business, no matter how small (as long as not a sole proprietorship) needs to be audited. An audit is basically a bunch of people with glasses looking at your money flow once a year, and making sure that it’s all proper and according to the law. The more prestigious the audit firm, the more credible your company. The most prestigious are the big four – KPMG, Deloitte, PricewaterhouseCoopers and Ernst & Young.

These firms have a fine line to balance between their reputations, and the size of business to a fund like 1MDB. In fact, it used to be the Big FIVE, but Arthur Andersen was found of dodgy accounting once, lost most of its customers due to the reputation hit, and shrunk from 28,000 employees worldwide to just 200 today.

Why are we telling you this? Cos 1MDB has gone through not one, but THREE of the BIG FOUR AUDIT FIRMS within its 5 years of operations. It started with Ernst&Young in 2009, then moved to KPMG, and this year, has been delayed for ages cos apparently KPMG gave up halfway and passed the mantle to Deloitte. According to our anonymous accountant friend, this is very very bad.

“Sometimes the firm will even compromise on figures, to get the sign off. But the figures must be justifiable within the realm of accounting standards, this is what causes delays or sometimes, even a change of accounting firm if auditors and the company cannot come to an agreement.

Keep in mind, they WANT to sign off, but need to guard their reputations as well, so these disagreements are after MANY meetings at a senior management level to resolve the situation. It’s VERY bad for an audit firm to give up halfway as it affects the reputation of the firm, its partners and the company being audited. It doesn’t happen often, and on a project this size, it’s almost unheard of.” – CILISOS’ trusted, but anonymous former auditor friend.

5. If 1MDB chaplaps, we’re paying RM4000 for every household in Malaysia for it 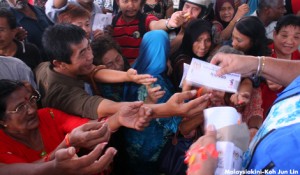 Now here’s the scary bit. Remember that RM38billion dollar loan? It’s from various people, but an article from The Star claims that 2/3 of that total is GUARANTEED by the Malaysian government. That means, that if it all goes south, the Malaysian Government needs to pay off the debt, and any interest as well.

When we say the government, they mean us. The Rakyat. Considering there are 6,341,273 households in Malaysia, that’s gonna cost almost RM4000 (RM3994.50 to be exact) for every household in Malaysia.

And 1MDB seems to already be having problems paying back these loans. Local lenders recently got Guru Besar, Bank Negara to give 1MDB a spanking on its failure to pay back its RM2billion hutang. 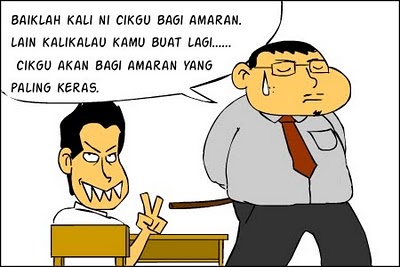 Things don’t look good either, with their CEO, Mohd Hazem Abdul Rahman stepping down to be replaced by Arul Kanda (who incidentally used to be Head Prefect at Methodist College where this writer studied many eons ago).

So would you rather give it to him to invest, or buy one of these bad boys for your household? Thankfully, since then, news has emerged that we might not be liable for as much as 2/3rds, but again, no clear documentation means that we can’t actually check what anyone is saying. In fact, on the 1MDB site, this was all the info there was.

When someone asked the Audit General (*shy*….Thanks Joey) to check the accounts, he basically said he couldn’t be bothered.

In fact, why should we even be asking this stuff? Show la everything.

Actually, a private investment fund run by a government isn’t so unusual. Many other places have such arrangements. For example, in the US, they have OPIC, which manages private investment into stuff that’s important to the US, for instance, helping to develop small businesses.

Despite these optimistic goals, OPIC earned a profit of USD1.2 million per employee! Sure, you could say it’s dodgy accounting, but that’s kinda difficult when your full accounts are on your website, and you have a directive from Bossman Obama for ABSOLUTE transparency.

“Transparency promotes accountability and provides information for citizens about what their government is doing. Executive departments and agencies should harness new technologies to put information about their operations and decisions online and readily available to the public. Executive departments and agencies should also solicit public feedback to identify information of greatest use to the public.” –President Barack Obama, OPIC website.

If the Malaysian government was truly trying to create an investment arm for the good of the people, then open up the books. If it is doing it for profit, then let it cut ALL ties to the government.

Here’s the thing UGAIZ. For them to want to do ANYTHING, they need to feel public pressure. This is what we’re here for – to make all this stuff understandable so you can understand and voice out about what’s going on in this country.

Share this with someone to get them to understand, and let’s put our voices together.

Share this article:
NAH, BACA:
4 reasons why taking in the Rohingya refugees is good for M'sia