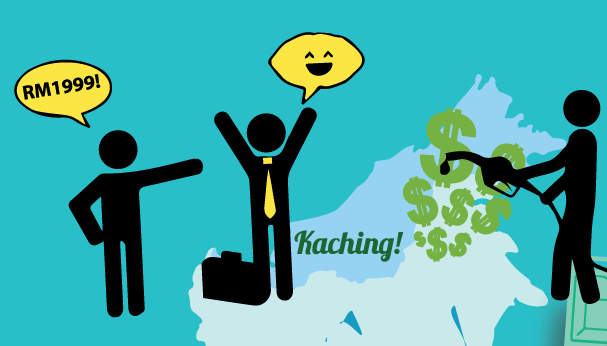 Sorry we’re late. Took us a while to read through the whole budget thing so you won’t have to. Actually, we didn’t have to either… we just asked our BFFs at Loanstreet.com.my to read it for us, and we just added a bunch of lame jokes on top.

Anyways, if you wanted to understand how you can benefit from Budget Malaysia 2015, then here are 9 simple life-hacks that will help you take advantage of every little condition. A rather hilarious infographic, courtesy of www.barisannational.org.my

In case you haven’t heard, the government is giving away free money! Since last year, they’ve been giving handouts to households earning less than RM4000. This year, the handouts are more than double what they used to be! infographic from The Malaysian Insider

So all this is based on your 12 months worth of declarable income in 2014, and if you qualify, you’ll get a chunk in Jan, another in May, and a third one in September (to make sure you don’t spend it all in one place). For household, it means at least two of you, and LGBTs or BFFs don’t count (Sorry!), you gots to be legally married (or formerly married, with kids).

LIFEHACK: Get MARRIED, and get poor (given the cost of weddings, this might not be such a stretch)! Or stay SINGLE, and get your boss to change your salary from RM2,000 to RM1,999 (with RM1 travel allowance). Instamoney yo!

2. Put Petrol in your water tank 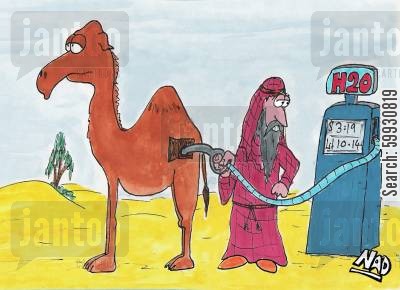 image purchaseable from jantoo.com, in case you couldn’t tell

YESLA for small blessings. PETROL IS GST EXEMPT! Eventhough the price went up 20sen. HOWEVER,  subsidy rationalization scheme is rumouredly in the works, which will basically just pay each citizen a flat fee, and let them sort out how much petrol they pump themselves. It actually does make sense, but only if you trust the government to use the money well. If you don’t, well maybe you can try this.

LIFEHACK: Empty your house water tank, and replace with petrol. Especially in Selangor, where water is free ma! Your typical Malaysian water tank holds about 1000 litres of water. Imagine if petrol gets 20sen more expensive, you save RM200 WEI WOOHOOOO!

Always wanted to start your own business right? Here’s your chance la macha! So the newspapers first reported a very weird list of exempt foods, including cocoa, coffee and specifically yellow-noodles. Thankfully, we checked the FULL list of 900 items, and YES! In fact, most things you can think of in your shopping list are probably exempt too, like eggs, sugar, and milk. But here are a few things that aren’t (at least based on a quick Ctrl+F search).

So basically, all the unhealthy stuff (Yeah, apparently most honeys aren’t really all that good for you either). Oh, and the cleaning stuff too, like detergents, and toilet paper.

LIFEHACK: So simple la. Just stock all the SNACK FOOD, HONEY and TOILET PAPER you can find, then open up a chain of very limited convenience stores. Simple life-cycle… if you’re gonna eat all that unhealthy stuff, you’re gonna need alot of Toilet Paper. Instant millionaire yo!

So there’s this new thing called the Youth Housing Scheme, which basically encourages youth to buy their own property. The conditions also quite simple.

If you do fulfill these conditions? FOOOYOOHHH damn good deal man! RM200 financial assistance for first two years (EVERY MONTH!), 50% discount on stamp duty AND the government basically guarantees your downpayment! Problem tho… a quick search for properties under RM500,000 on iProperty reveals… er… not much.

NAH, BACA:
Here's 5 govt-made apps you can kill time with while waiting for the MCO to end

LIFEHACK: BUY ONLY! Click on that iProperty link and you’ll see almost the first whole page referring to apartments in Sri Kembangan (and one or two from Puchong).

PS Plug: Apply online for a home loan at Loanstreet and get ur credit score for free. Naiz. After getting one traffic light in 2012 (that malfunctioned), it appears that Sabah and Sarawak are finally being developed properly. In fact, a whopping RM30 billion is being spent to develop that side of Malaysia (please leave some trees behind, ok ugaiz?) with a significant chunk of that to build  the 1,663-km Pan-Borneo Highway comprising 936 km in Sarawak and 727 km in Sabah. The rest goes to upgrading rural facilities such as rural roads, electricity for 15000 homes, clean water supply for 7500 homes, build and rehabilitate dilapidated houses involving 9,500 units, increase quality of rural air services, improve standards of living of Orang Asli and apparently 10 lamp posts in every villages nationwide (woohoo!).

LIFEHACK: Forget the condo in Sri Kembangan. In Kuching, you can get a pimping terrace house for less than RM500,000 YO (Call Rebecca!)! Set la. Get married, reduce income to less than RM10k, and move to Kuching. 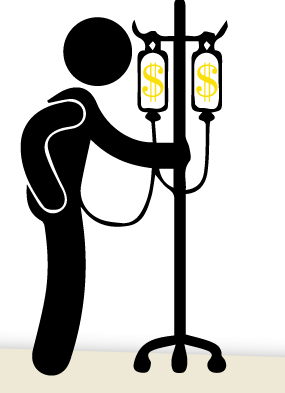 Desperate times call for desperate measures. One of the new additions to the Budget 2015 is an increase in the Special benefits RM5000 tax relief for treatment of serious diseases – cancer, kidney failure and heart attack. It’s now RM6,000 per year! To help you keep going past the first year (Another RM6k!), our super thoughtful government has also laid plans to build 20 Health Clinics and four dental clinics, including health clinics in Kuala Lipis, Pahang and dental clinic in Kluang, and an extra 30 1Malaysia clinics nationwide! 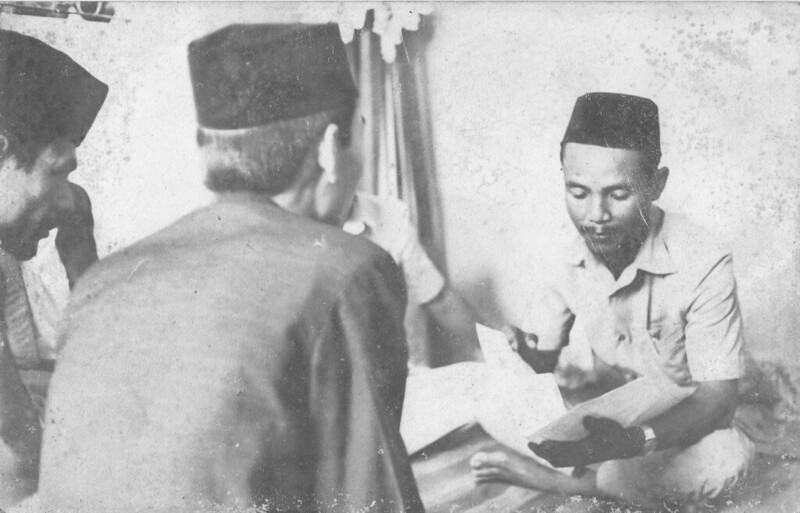 This one you sure know already la. Chinese entrepreneurs (RM50million), Indian (RM50million), Bumiputera (WOOHOOO RM350 million!). On top of that, RM2 billion to MARA for sponsoring education to eligible Bumiputera students, EKUINAS will be allocated RM600 million to increase bumiputera ownership in private companies AND also all those yummy property discounts that have always been there.

LIFEHACK: So converting to Islam doesn’t officially make you a bumiputera (yet), neither does marrying one. But maybe you should do it for your kids. There might be a chance they get sent to Japan 🙂 picture of Yuna, from the NYT article published 2 days ago

Wow… women got it good this time around. RM50 million will be allocated to the Young Professional Women Entrepreneurs Development Programme, RM30 million will be allocated through Amanah Ikhtiar Malaysia (AIM) to inculcate the spirit of entrepreneurship among Indian women. Heck, even housewives get in on the action with the very literally-named 1Malaysia Support for Housewife programme which allocated RM53.4 million to help women return to the job market. Then the Women Directors Programme plans to hit a target of 30% participation of women in decision-making positions (housewives also get to make decisions, no?) – and the government plans to train 125 potential women directors to fill the position as members of the board of Government-linked companies and the private sector

9.   Go be a policeman (or better still, a security consultant) Fwah. PDRM is getting RM9.1 billion ringgit yo. According to Wikipedia, the whole police force is 102,037 members, so that’s RM88,203.30 for every member. WHOAH. How to get out of speeding ticket like that? POKAIZ wei! The Defence Ministry is getting RM17.7 billion which is (RM1.6 billion more compared to last year), so you can expect a significant amount of that to go to tracking planes and pirates.

LIFEHACK: Go become a well-respected member of our Malaysian Royal Police Force yo! That RM88k per member sounds a good amount better than the RM1014 that Constables make starting out right now, and it sure beats BR1M (although it seems almost the whole police force would qualify for BR1M given their salaries. Aiyo).

Don’t worry. We’ve got an infographic version coming REAL soon. Thanks once again to Loanstreet.com.my for their consultancy about the topic 🙂

PS: If we made any mistakes here, please let us know in the comments and we’ll do our best to fix em